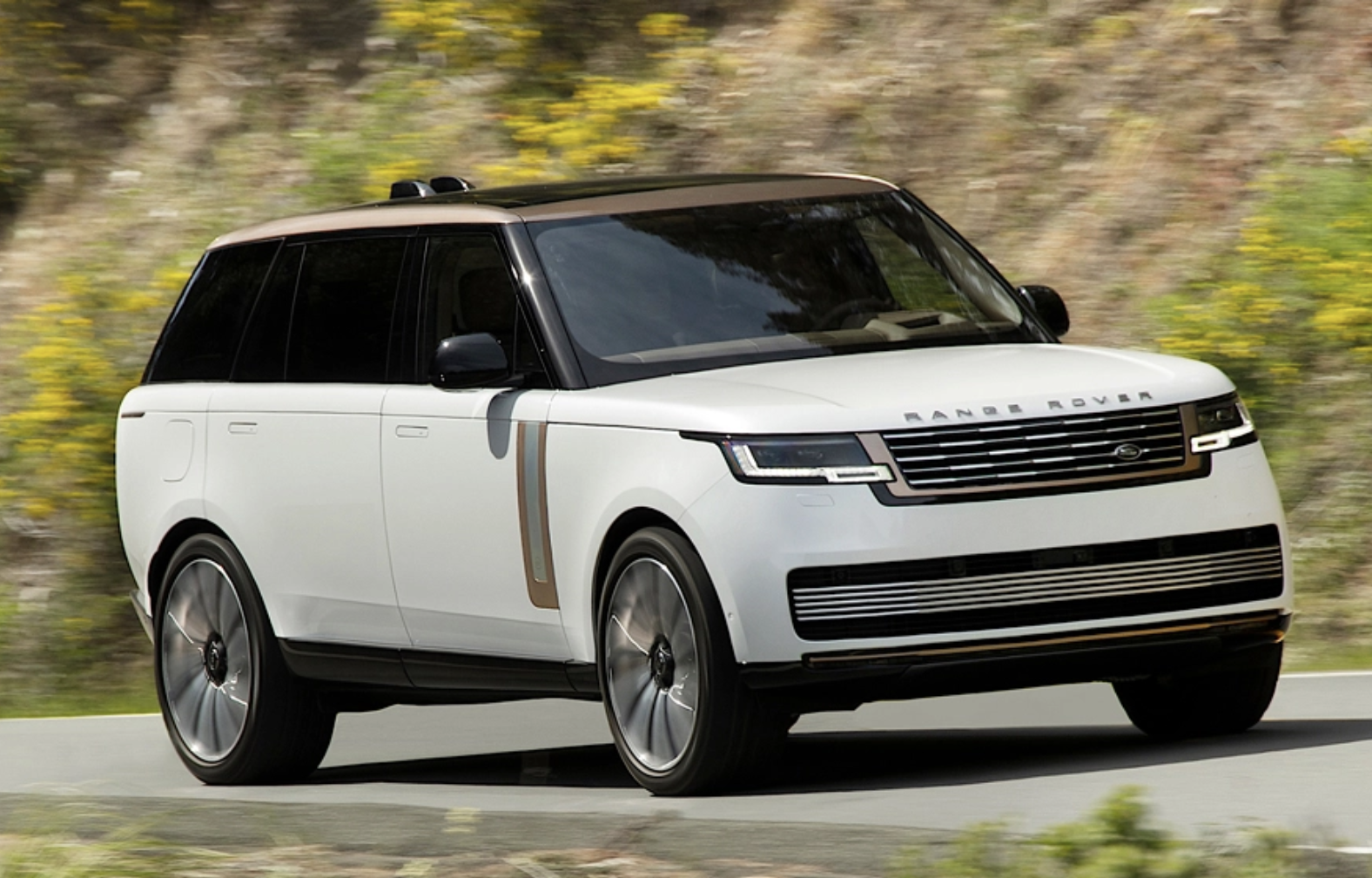 A new benchmark in elegance and engineering, the 2022 model shows that it’s ready to take on Bentley and Rolls-Royce.

In the words of Dublin-born poet and bon vivant Oscar Wilde, “Let me be surrounded by luxury, I can do without the necessities.” Had Mr. Wilde not shuffled off this mortal coil at the turn of the 19th century, he could well have been referring to the 2022 Range Rover, a new benchmark in the model line’s refinement.

Here is a vehicle that spreads opulence around its cabin like a drywaller spreads spackle. If Range Rover designers could have gotten away with hanging a crystal chandelier from the rearview mirror, or wrapping the shift lever in ermine fur, it seems they would have. Instead, they integrated active noise-cancellation technology into the headrests to quell any hints of tire roar or wind noise. They also engineered a rear-seat “club” table that levitates majestically out of the centre console at the back with the touch of a button, and incorporated rising, motorised cupholders. Why not? 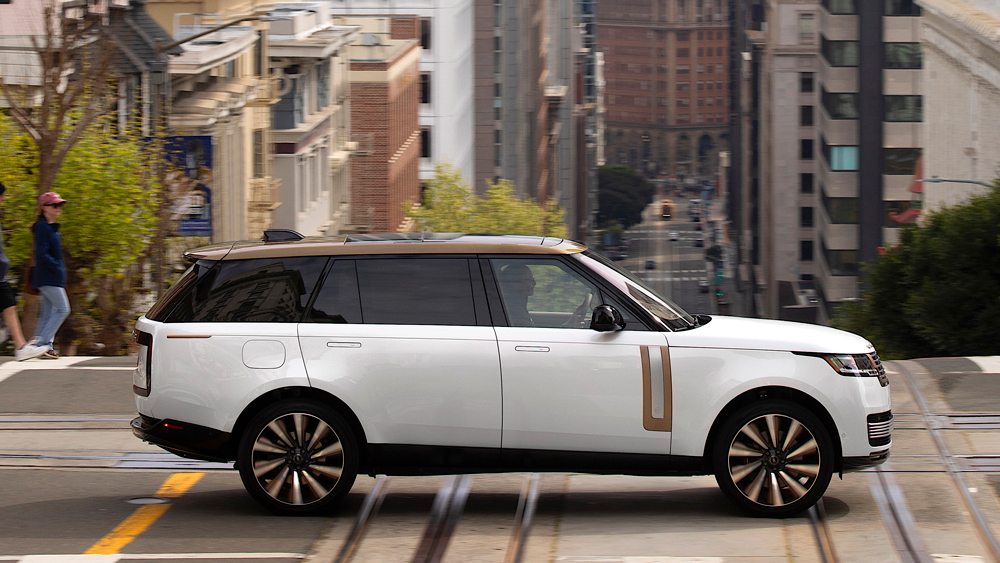 The leatherwork, woodwork and metalwork is intended to compete with what Bentley can offer, and those who squirm at the idea of animal skin lining their vehicle’s cabin have vegetarian options like Ultrafabric and Kvadrat wool. Did we mention the, glossy-white, diamond-polished ceramic coating for the shift lever and knobs? Or the exquisite mosaic marquetry, or wafer-thin aluminium or bronze inlays in the centre-console wood? It has all that as well.

To show Land Rover’s intent at making this new “Rangie” a competitor at the high end, the flagship SV long-wheelbase model starts at $341,300. Keep checking the options boxes and you can get closer to $400,000+. But you’ll find hedonistic touches in every new Range Rover variant, including the base SE which sells for $220,200—a relative bargain. 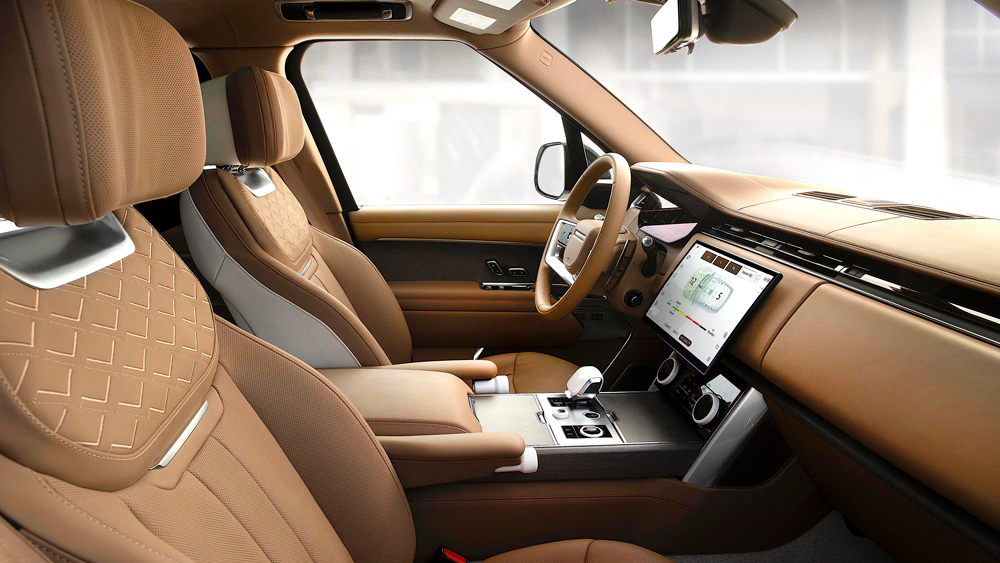 Initial versions of the 2022 iteration will come in four flavours—SE, Autobiography, First Edition and the aforementioned SV. Then there’s the option of standard wheelbase or long-wheelbase and, for the first time, the possibility of an all-important third row for seven-passenger seating.

As far as engine configurations, there’s a mild-hybrid 3.0-litre turbo-six that channels 295kW and 5500Nm of torque through an eight-speed automatic transmission, though that mill is only on offer with the SE models. The next step up is the BMW-sourced 4.4-liter twin-turbo V-8, good for 390kW and 750Nm of torque. And coming soon; a plug-in hybrid with 323kW and 77km of electric range, while an all-electric Range Rover is planned for 2024

The model’s broad-shouldered waistline, floating roof, clamshell hood and flush glazing make for a visually striking exterior aesthetic. And the optional 23-inch alloy wheels only add to the SUV’s baronial presence. While the overall design is certainly evolutionary not revolutionary, changes like the rear-end styling, with its blacked-out vertical taillights and lack of adornment, deliver a fresh, sophisticated look. 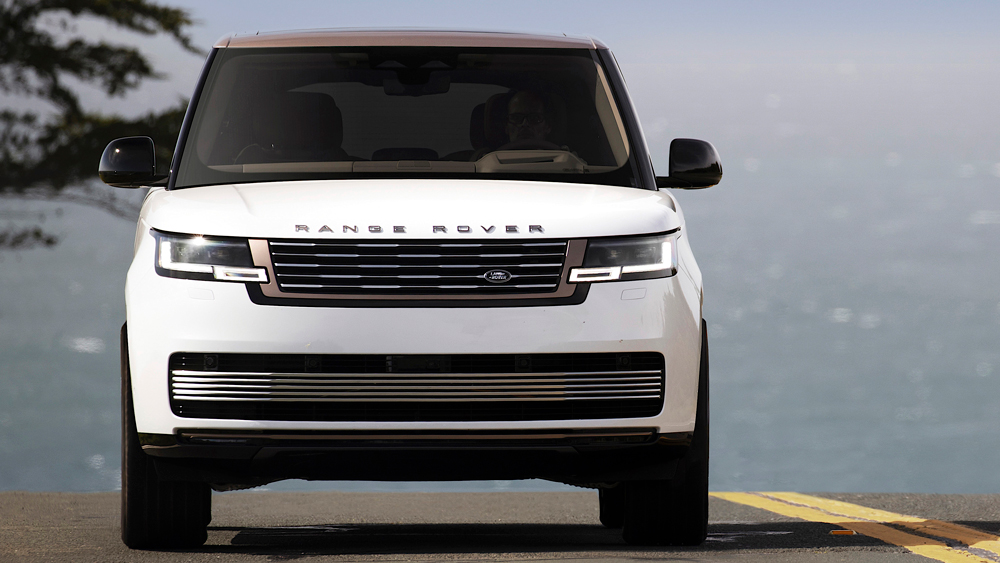 Under the hood of the Range Rover SV is a BMW-sourced 4.4-litre twin-turbo V-8, good for 390kW and 750Nm of torque. Nick Dimbleby

Under that smooth skin is the key to this Range Rover’s more dynamic road manners; an all-new chassis and body structure reckoned to be as much as 50 percent stiffer than that of the outgoing model. For our drive, both V-8 and inline-six examples were tested and, naturally, it’s the twin-turbo V-8 that provides the thrills. Off the line, it can surge to 97km/h in 4.4 seconds, delivering its biz-jet-like thrust with an assertive, though distant, V-8 rumble. Whether passing slower traffic or surging out of a tight corner, the SUV delivers a response that’s immediate and authoritative.

Yet the real surprise here is the potency of the turbo-six, which can deliver zero-to-97km/h sprints in 5.5 seconds, but feels even smoother, quieter and more refined than the brawnier mill. There would certainly be no hardship in base-model ownership here. 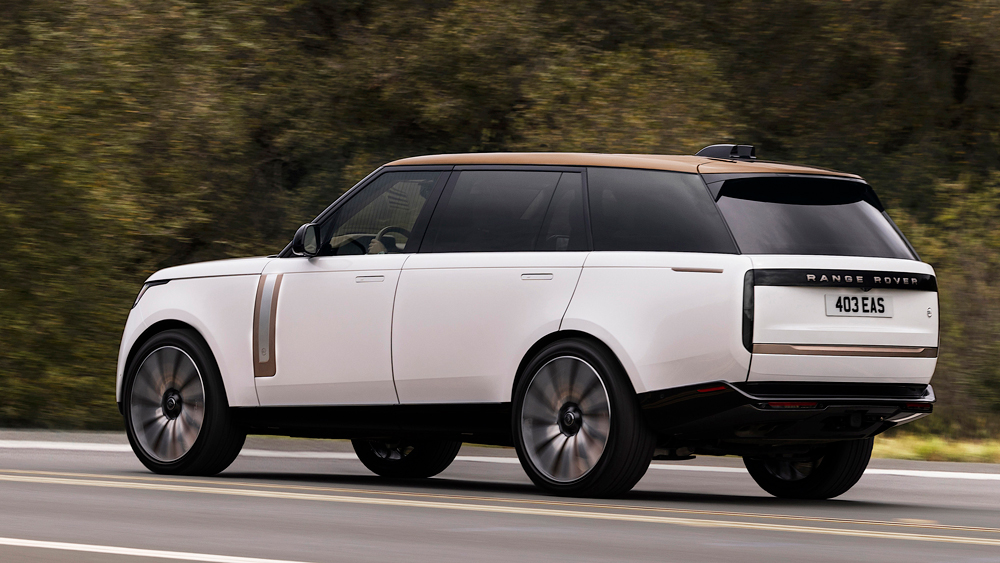 While coursing along breathtaking Highway 1 along the Pacific coast, north from Bodega Bay to Mendocino then inland through the redwood forests, the Range Rover reveals how the stiffer platform, standard independent air suspension, rear-axle steering and hallmark all-wheel drive allow it to carve curves with precision and poise. And the active roll bars and Bilstein adaptive dampers rein-in body roll and keep things level.

The surprise comes with the weighting, feel and directness of the steering, which heightens confidence through the turns and helps shrink the size and bulk of this XXL-sized sport ute. That said, this new Range Rover is in its prime gliding along an Interstate, cosseting and comforting those inside. This is a vehicle to cross continents at speed while those in the back recline and sip chilled beverages from the built-in cooler between the seats. 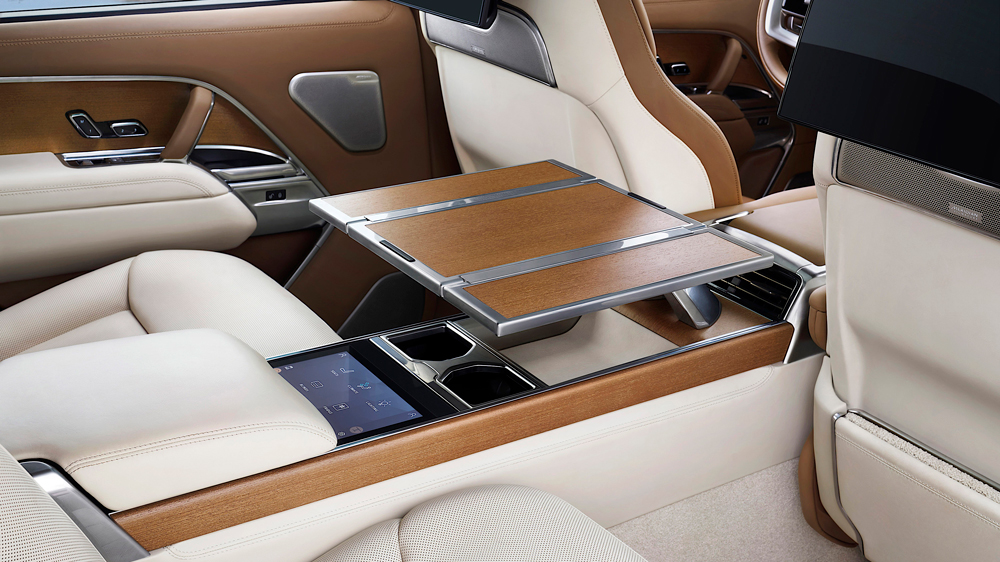 Copious space and a built-in cooler between the seats are among the amenities presented to rear passengers. Land Rover

Talking of rear seats, that new third row—available in the long-wheelbase variant—is not some cramped ledge for the kiddies. It’s adult-sized and easy to get in and out of, courtesy of the cleverly designed, power-folding second row. Considering the 2022 model’s entire package, it seems Land Rover has set a new benchmark with an old favourite.