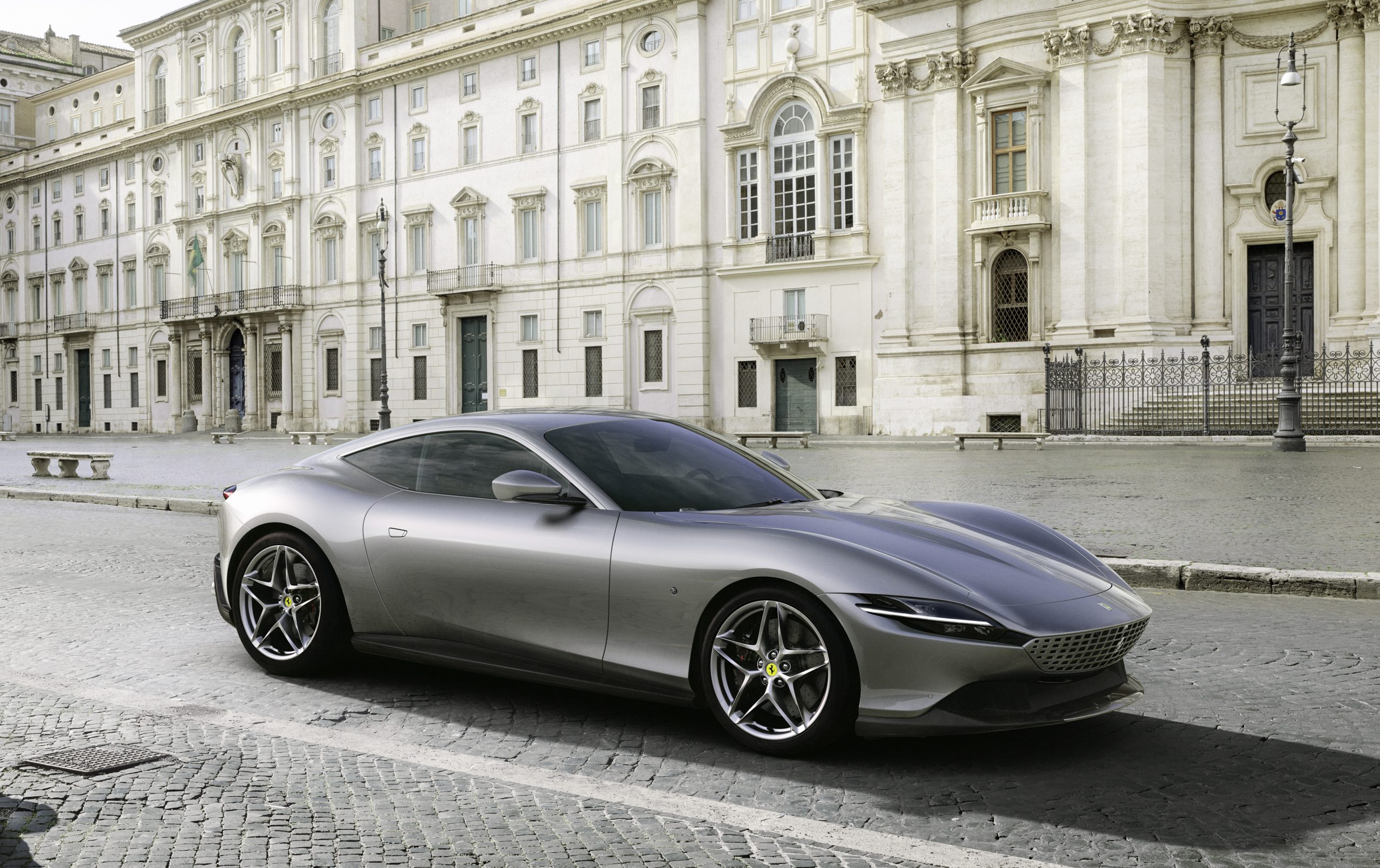 The coupé pays tribute to the carefree, pleasurable way of life that characterised the Italian capital during the ‘50s and ‘60s.

Ferrari may be firmly focused on the future, but that doesn’t mean it won’t indulge in the occasional moment of nostalgia. Witness the automaker’s just-unveiled two seat-plus coupé, the Roma, a gorgeous tribute to the La Dolce Vita.

On Wednesday night, the Prancing Horse debuted its record fifth new model of the year during a glamorous event inspired by the 1960 Federico Fellini film at Rome’s Foro Italico. The new grand tourer’s design is an elegant throwback to the carefree era that characterised life in the Italian capital from the ’50s to the ‘60s. Yet the vehicle’s technology and performance are decidedly modern.

The coupé’s sleek lines and subtle curves call to mind several cars from the brand’s past—from the 250GT Berlinetta Lusso to the 812 Superfast—while still managing to look contemporary. In a release, Ferrari said it wanted the car’s aesthetic to evoke a “contemporary representation of the carefree, pleasurable way of life that characterised Rome” during the era. To that end, the design is highlighted by a beautifully sculpted nose, a striking grille, adaptive LED headlights and razor-thin tail lights.

But the Ferrari legend isn’t just built on beautiful design. The mid-front engine coupé is powered by the company’s award-winning turbocharged 3.9-litre V8 mated to the same eight-speed, dual-clutch transmission that debuted in the SF90 Stradale. The beefy powerhouse produces 456kW and 760Nm torque, pushing the car from 0-to-100km/h in just 3.4 seconds and a top speed of more than 320km/h.

Inside, the car offers the kind of technology you’d expect from a Ferrari in 2019: Side Slip Control 6.0, a five-position steering-wheel-mounted switch and a rear windscreen with built-in mobile spoiler.

Release dates and pricing information weren’t made available, but it sounds like Ferrari has high hopes for the coupé. Currently, GTs make up about a third of the company’s business, but the financial news service reports that Ferrari expects that figure to rise to 40 per cent by 2022.