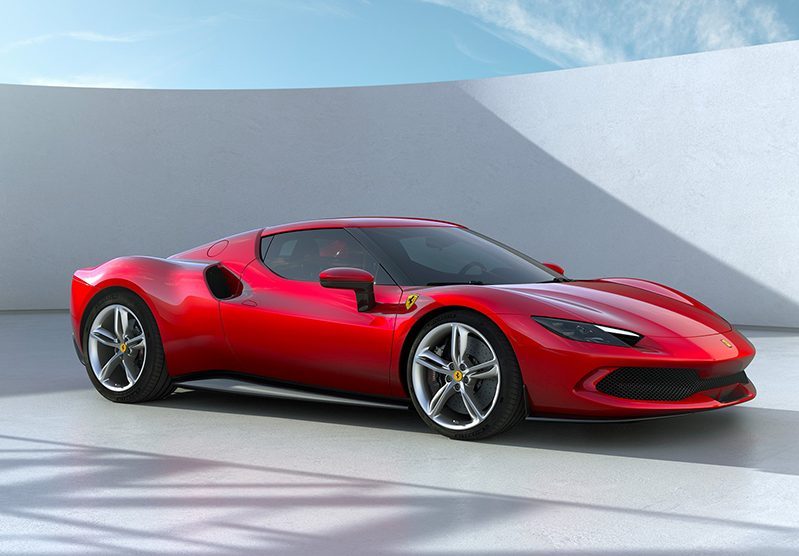 More than eight decades after Ferrari was founded in Italy, the marque is finally ready to roll out its first badged V6.

On Thursday, the Prancing Horse announced the newest addition to its lineup—the 296GTB. The sleek sports car isn’t just special because of its six-cylinder engine, it’s also the brand’s second hybrid, following up on the smashing success of the SF90 Stradale. 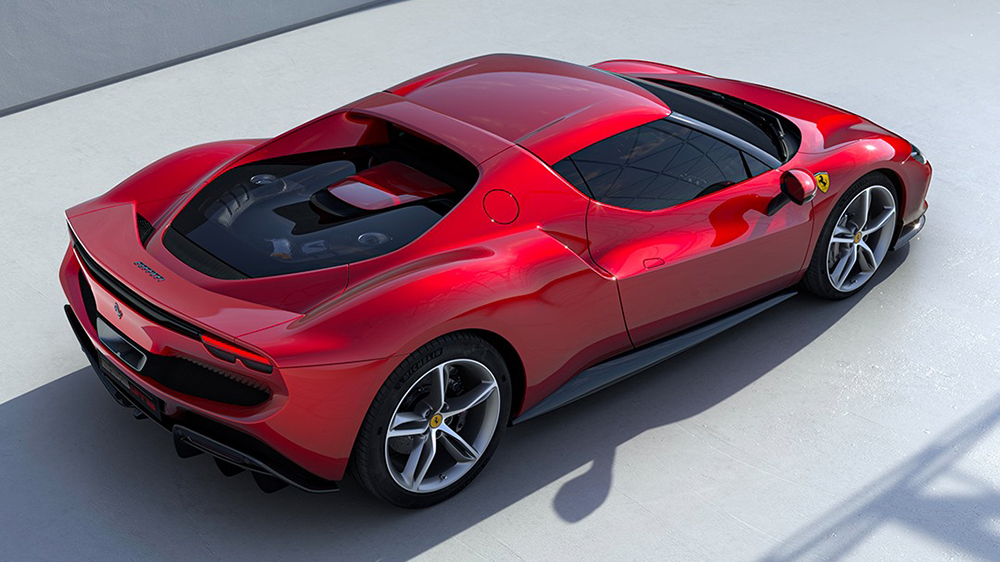 As plenty of outlets have pointed out, Ferrari has developed a V6 or two in its day. Both the Dino 206 and 246 (Dino was a sub-brand of the automaker from 1957 to 1976) were powered by Modena-built V-6s, but neither car was official a Ferrari. So, while a Ferrari V6 may sound sacrilegious to some, it’s also not completely unprecedented.

And don’t be surprised if the mid-engine 296GTB converts a purist or three. You don’t need to look any further than the Ford GT’s EcoBoost V-6 for proof that a six-cylinder engine can pack a real punch. This is especially true of the mill in the Prancing Horse’s latest hybrid. The bulk of the power comes from a turbocharged 3.0-litre internal combustion engine that can generate 488kW. It’s joined by a Formula 1-inspired electric motor called an MGU-K (Motor Generator Unit, Kinetic) connected to a 7.45-kWh battery that will produce an additional 122kW. Mated to an eight-speed DCT gearbox, just like the one in the SF90 Stradale, the engine and motor can deliver a combined 610kW, which should impress even the most sceptical petrolhead. 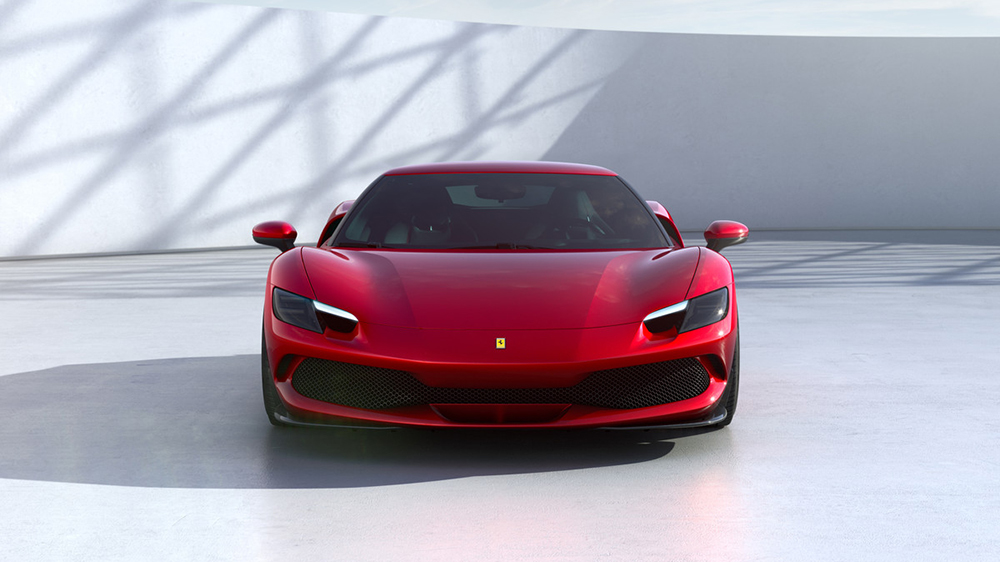 Ferrari is promising some pretty big things from the 296GTB. The marque says the sports car will be able to rocket from zero to 100km/h in 2.9 seconds and zero to 200km/h in 7.3 seconds. But it’s not just quick, it’s also fast, with a top speed of 330km/h. Because of this, it was able to circle the automaker’s Fiorano test track in just one minute and 21 seconds. That’s only two seconds slower than the SF90 Stradale, which brings a V-8 and an additional 125kW.

In order to help you get the most out of the hybrid powertrain, the 296GTB features an eManettino knob on the steering wheel which lets you select one of four different driving modes. There’s the purely electric eDrive, which lets you take advantage of the MGU-K’s 25km range; Hybrid, the most efficient mode, toggles between the V6 and electric motor; Performance, allows you to take advantage of the V6’s power without draining battery and, finally, Qualify, which allows you to push the car to its maximum potential without worrying about battery life. 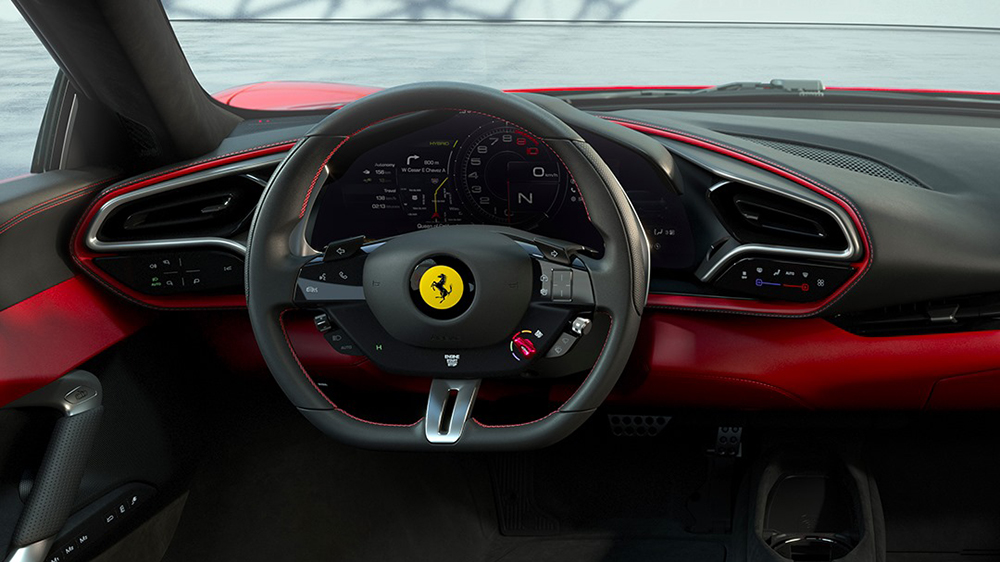 Inside the 296GTB Ferrari

The 296GTB’s V-6 hybrid powertrain may steal the headlines, but it’s also a stunning looking car. The coupé features ultra-sleek lines that combine the brand’s current design language and sprinkles in a little ‘70s-era flair. The car’s aerodynamic nose flows smoothly into its large side intakes, both of which are situated on top of pretty prominent rear fenders. In the back you’ll find sharp-looking rectangular taillights and a LaFerrari-inspired active spoiler that increases downforce by up to 794 pounds at 155 mph. The optional Assetto Fiorano package adds more carbon-fibre elements to the body, lowering its total weight by 11kg.

Like most Ferraris, the car is a little more understated inside. Black leather dominates, though there are plenty of red accents. The driver’s cockpit features a fully digital display and interface, similar to the one that debuted in the SF90 Stradale. Anyone familiar with the brand’s first hybrid will also recognise the classic-style gear-shift gate positioned on the centre console. 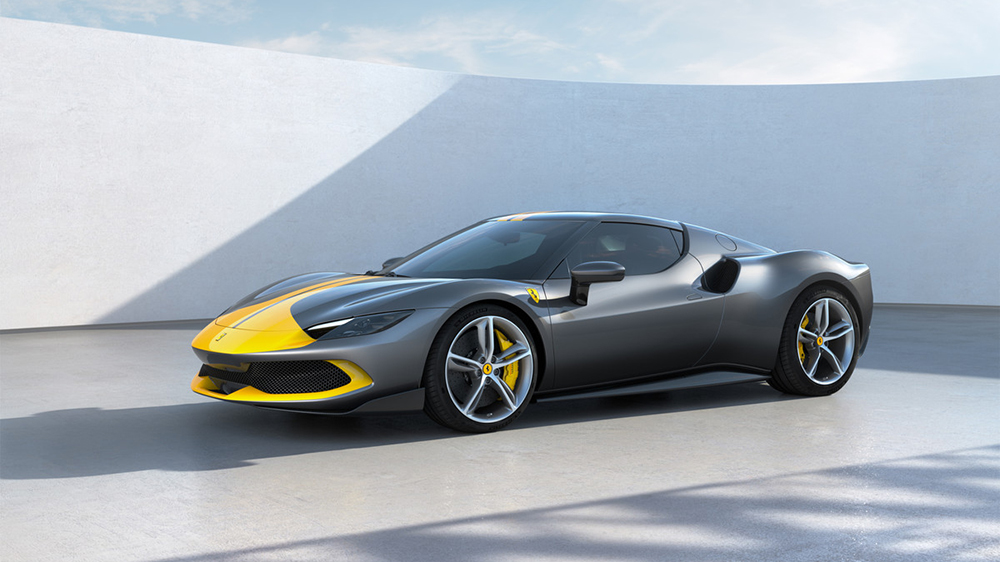 The 296GTB with the Assetto Fiorano package Ferrari

Australian launch timing and pricing have yet to be announced.