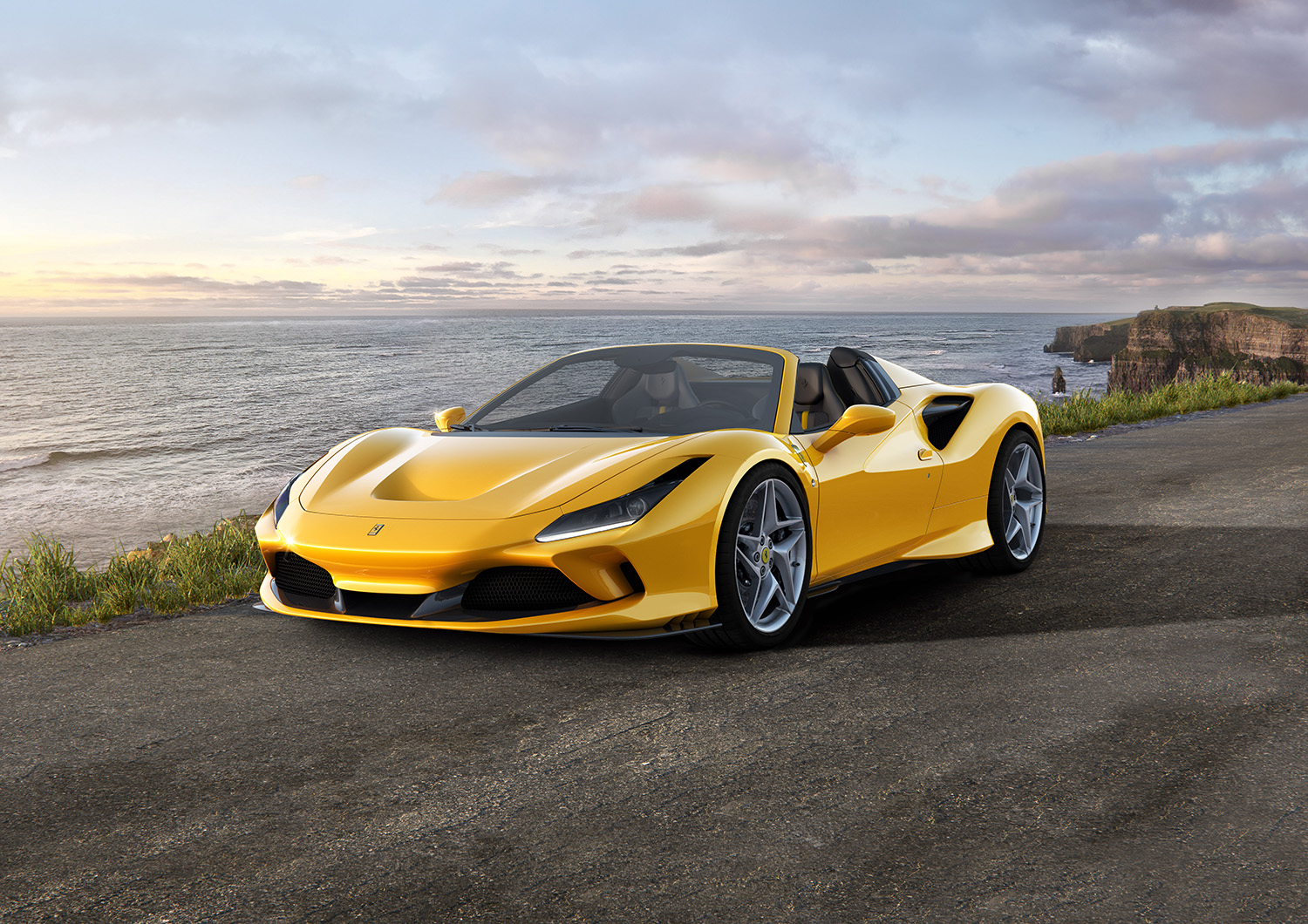 Tops off for the lads – with the official unveiling of the 812 GTS and F8 Spider.

Ferrari’s famous horse is doing more than just a bit of prancing this week – a home win at Monza in the F1 thanks to young gun Charles Leclerc bolstered by the unveiling of not one, but two, new production models in a single day. 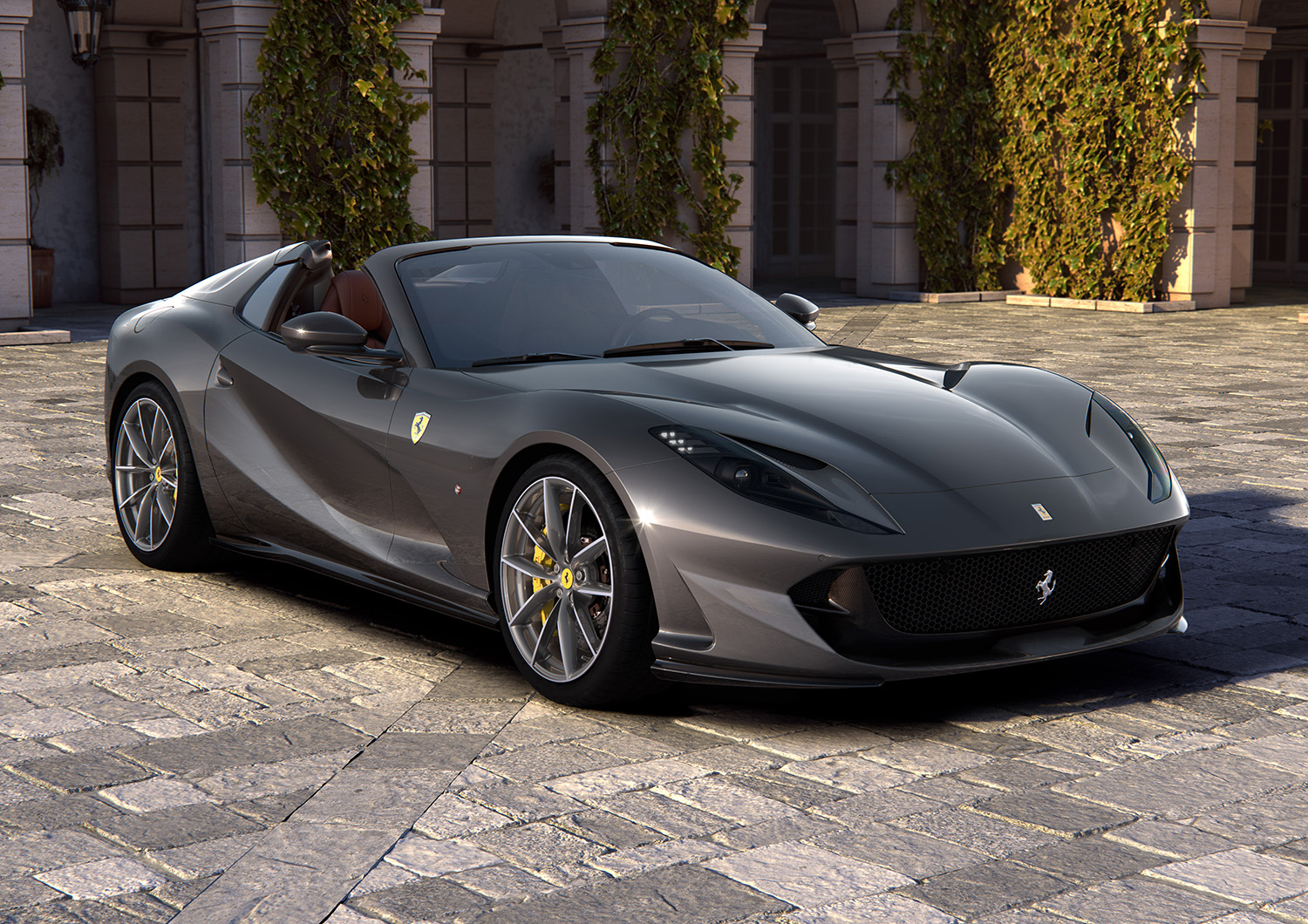 The 812 GTS – most powerful spider on the market. Photo: Courtesy of Ferrari

Yes, it’s a 90th birthday to truly celebrate for the Italian marque – with confirmation of both the 812 GTS and F8 Spider coming after the most powerful production plug-in hybrid, the SF90 Stradale.

Part of this week’s two-pronged announcement was the return to V12 drop-tops with the 812 GTS – an 800 horsepower (588kW) beast that also becomes the most powerful production Spider in market. The 812 GTS lands some 50 years after the last open-top 12-cylinder from Ferrari, albeit with some special limited editions in between. 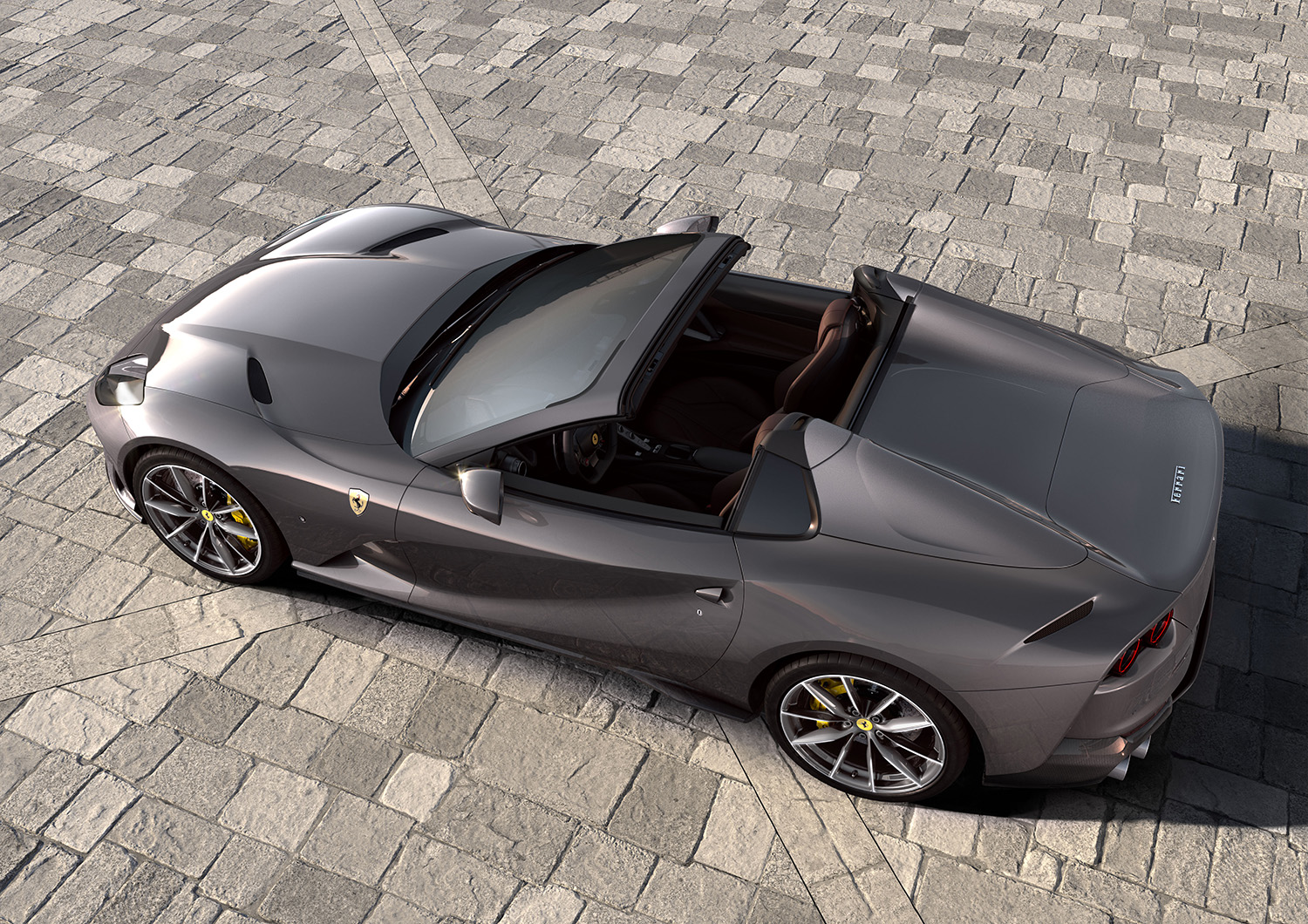 In making the GTS, Ferrari took the 812 Superfast (Robb Report’s Car of the Year) and redesigned the rear, including the roof, luggage compartment and tonneau, delivering a fastback sleekness and a high tail reminiscent of the 365 GTB4 Daytona. 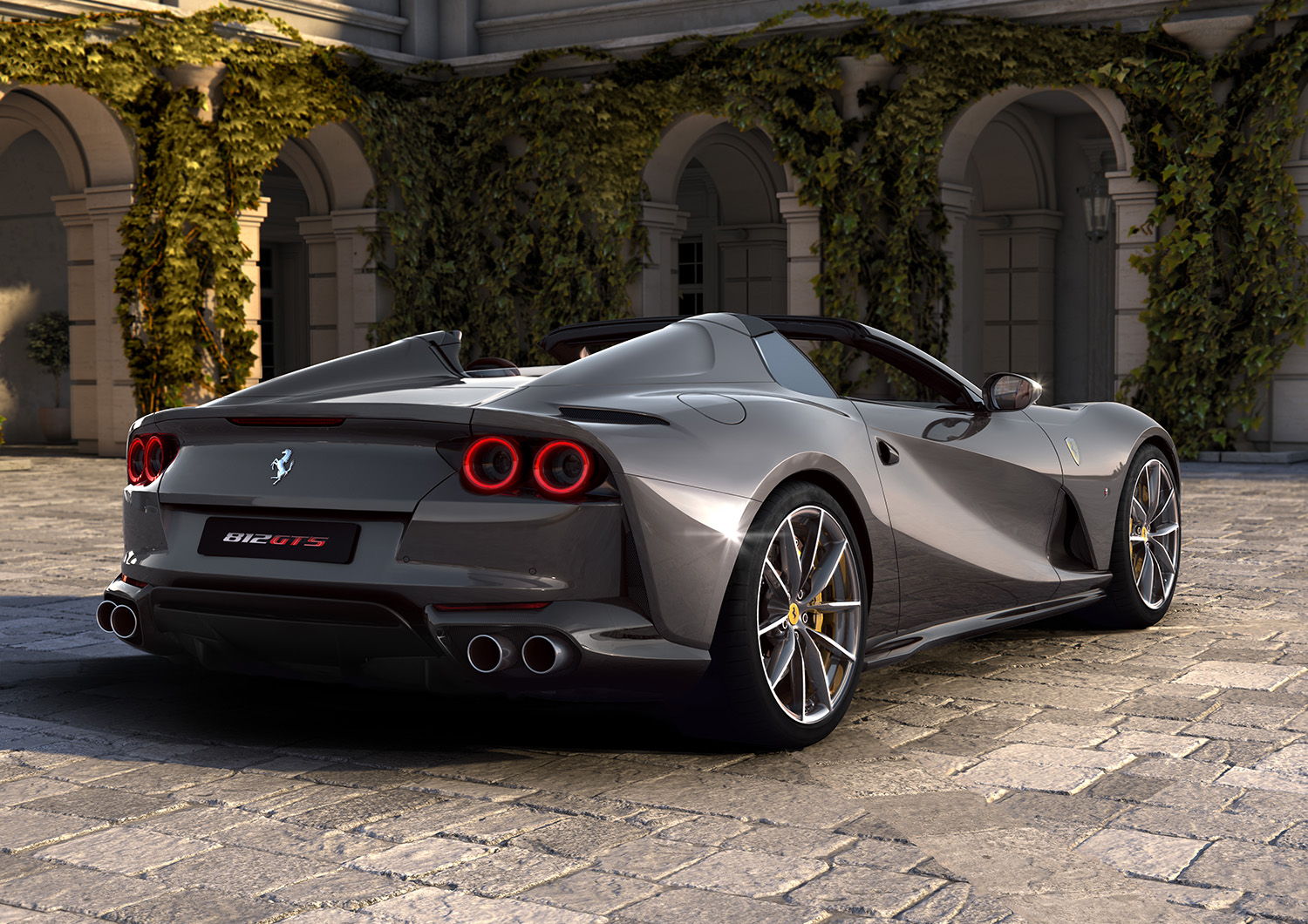 The rear of the 812 GTS Photo: Courtesy of Ferrari

And so to the F8 Spider and its addition to an already impressive V8 bloodline (despite what the purists may wail about). While it was only 10 days ago that we stood and stared at the new F8 Tributo’s arrival in Oz, the spanking new F8 Spider looks to add to the replacement of the 488 Spider, improving on its predecessor with an extra 50 horsepower and coming in 20kg lighter. 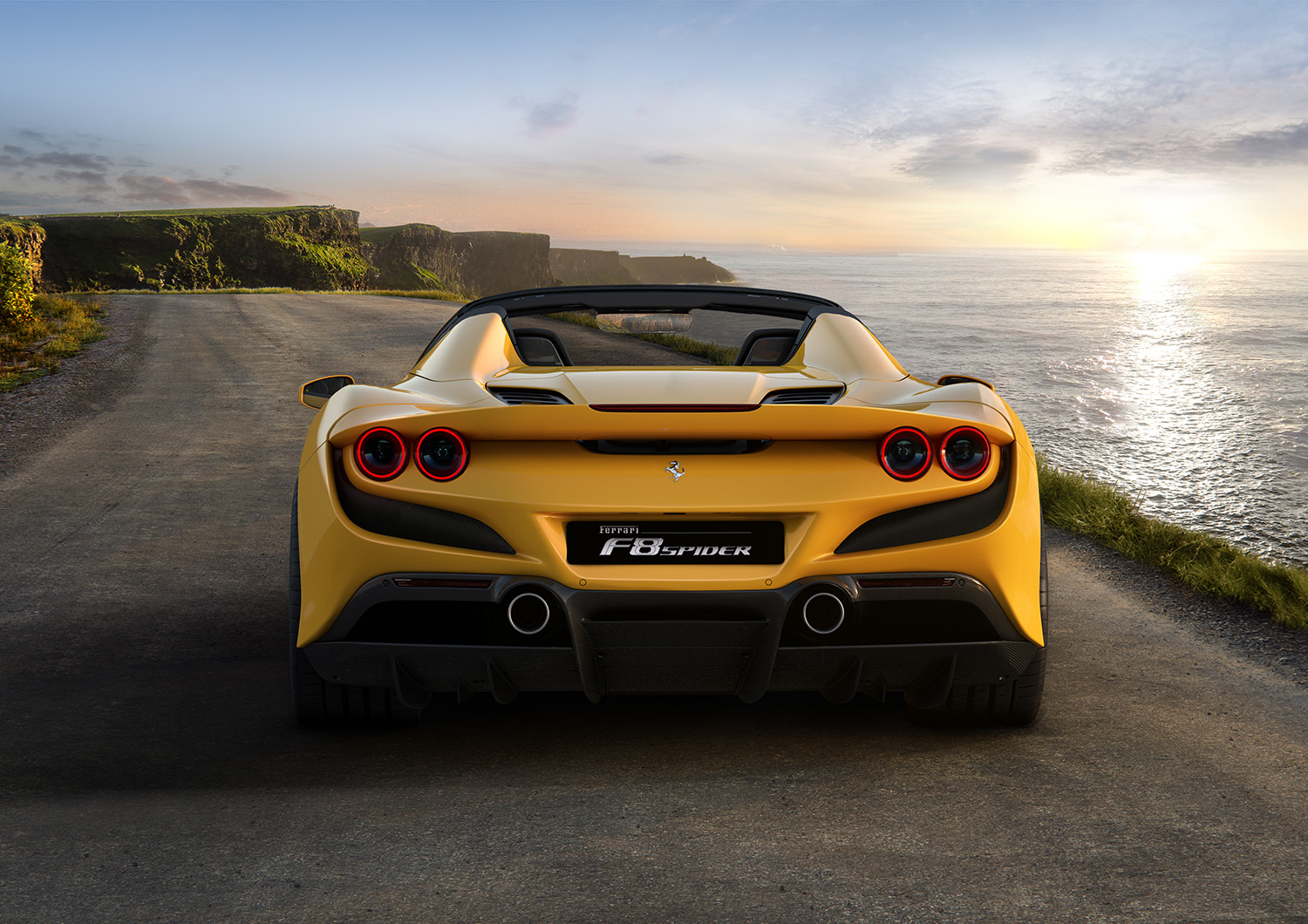 The V8 produces 530kW with 770Nm of torque, with an all-new exhaust system asking you to head out with the hardtop retracted, embracing that famous Italian symphony that firmly puts anything Pavarotti could once muster in the shade.

Local pricing is yet to be announced, though let’s be honest, you’ll need north of half a mill to sit up front and hold either wheel.