The famed British racing team is building a continuation series of its famous ‘50s racers.

The continuation models are to be near replicas of the 1950s cars. This means hand-built in Coventry, echoing the Malcolm Sayers design with a thin gauge aluminium body.

In line with the ‘50s build, the bodywork will hold the steel spaceframe chassis found on the original cars – however, the modern variants will be widened and made stiffer.

Elsewhere, the bodywork is painted in Ecurie Ecosse’s iconic blue and white racing livery, inclusive of the hand-airbrushed shields. 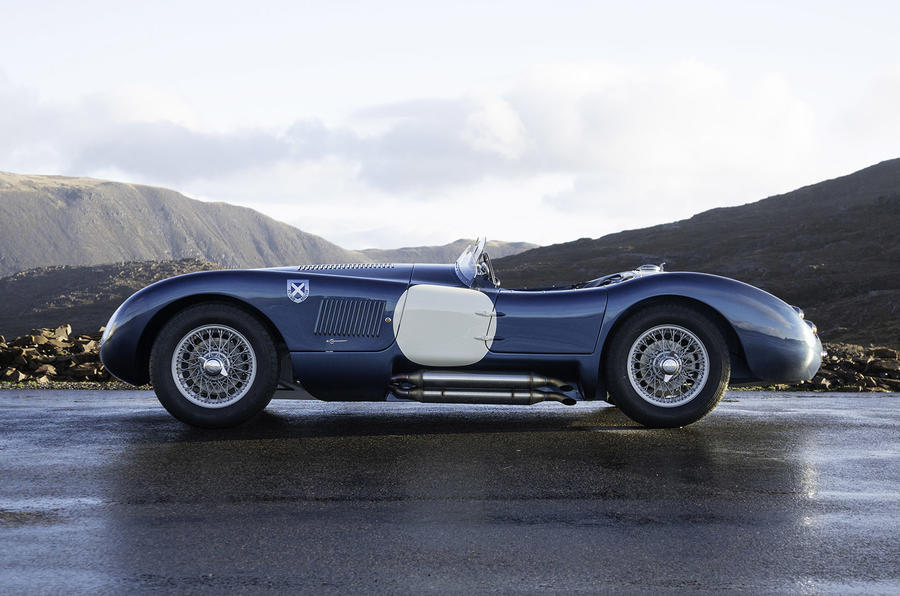 This level of attention to detail is extended to the new models’ interiors with bucket seats also hand-crafted from aluminium and upholstered in blue leather. A modern adornment of a Tag Heuer ‘Master of Time’ stopwatch has been fitted to the dashboard.

At the heart of the historic racing machines is a re-jigged version of Jag’s original straight six XK engine – now capable of 223kW – thanks to its increased 4.2-litre capacity and fuel injection. The renewed power arrives through a five-speed transmission that maximises the continuation models’ power and speed.

Yes, more stopping power is needed which sees essential tweaks made to the suspension and disc brakes.

Although the firm is yet to reveal prices, expect a hefty price tag with a C-Type that won eight victories in 1954 sold at auction for approx. $14 million.