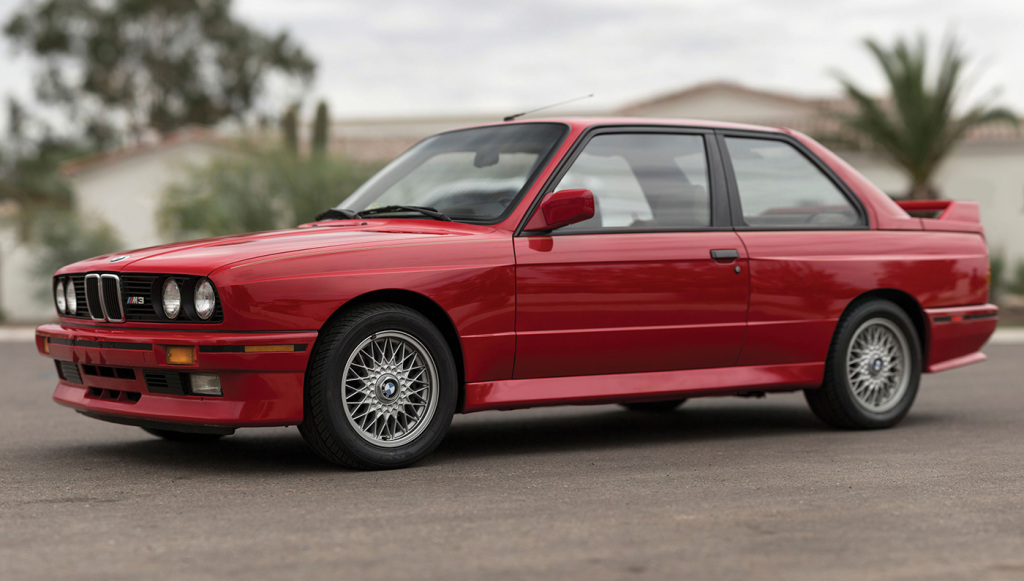 Cars From the ’90s and 2000s Are Heating Up the Collector Market. Here’s Why.

You might want to park one in your garage now before prices spiral upward.

While elite carmakers won’t be creating their future designs simpler and cheaper anytime soon, there is a growing demand for a new breed of relatively youthful collector cars that offer contemporary performance and a purer mechanical driving experience, largely unfiltered by electronics. They’re known as “modern classics,” and you might want to park one in your garage now before prices spiral upward.

Each year, collector-car insurer Hagerty publishes its Bull Market List of models that have risen strongly in value over the last 12 months and are likely to keep doing so. All but 3 of the 19 autos featured in the past two years are from the 1980s or later, and more than half are from the 2000s. This is partly explained by people, like me, in their 40s who are starting to have the means and the space to collect the wheels they plastered on their bedroom walls as teenagers in the ’80s, and also by the fact that anything desirable from an earlier era is already eye-wateringly expensive.

But the growth in value of cars from the nineties and noughties in particular is driven largely by the sweet spot they occupy in motoring history. Sports coupes like an Honda NSX or a BMW M3 CSL can be properly fast, even by comparison with the latest models, but they don’t feel like iPhones on wheels. Their cabins aren’t festooned with screens, their electronic stability-control systems are usually simple and easily switched off, and you might have to (get to) change gears for yourself. Take one out on a Sunday after a week at the wheel of your modern daily driver, and you can reconnect with the automobile as a mechanical device. That’s now a luxury, not a retrograde step, just as choosing a mechanical Rolex or Patek Philippe over an Apple Watch, which keeps better time, is a luxury.

Don’t get me wrong: I’m no tech refusenik. Smarter cars are also faster, cleaner, safer and more comfortable. I’ve just driven home to the UK from France in foul weather, and there’s no way I’d have chosen one of my modern classics over my 2019 Land Rover Discovery, with its heated massage seats and bi-Xenon headlights, which turn deep French nuit into day.

Luxury automakers know that as our roads become more crowded and our cars increasingly drive themselves, the old differentiators of performance, handling and the sound of an engine decline in significance. Instead, the design and quality of the digital experience begin to dominate. If the parts beyond the screens are silent, safe and green—and don’t require our attention—that’s not a bad thing.

But those of us who actually like to drive will want to step back to something simpler. Manufacturers can’t respond to this by making a bare-bones model or two: Current safety and emissions regulations don’t allow it. The roadsters you might usually think of as classics—1930s Duesenbergs or 1960s Ferraris—remain desirable, collectible and valuable, but they can be truculent to drive and tricky to maintain. That’s why, for many people, modern classics make a better antidote to modern driving. They’ll generally start on the first try and without a crank handle. They’re analog, but not antiquated.

I’ll finish with an example. The Peugeot 205 GTi is a small French hatchback regarded by many as the best-handling front-drive car ever made and a prime European version of a modern classic. I’m lucky enough to own a perfect specimen from 1989. I recently loaned it to a senior banker friend who has an impressive automotive collection and who drove it alongside a 1965 Ferrari 275 GTB worth perhaps US$2.5 million (A3.5 million), several orders of magnitude greater than my Peugeot. He returned mine grinning and offered to buy it from me. As he said it was more fun than the Ferrari, I suggested a price of US$2.6 million (A$3.7 million). He refused. For now.

Uber Elevate is shooting to bring ‘vertiports’ to the Victorian capital by 2023.

Each one of the 50 examples incorporates an array of hidden ciphers throughout its design.

Get up to speed with the pending new release.

She’s been designed with a big-boat mentality and quality.

The Bond-inspired and gadget-filled icon is finally here.

The 155kW model is dressed with a full electronics suite and a new rider interface.