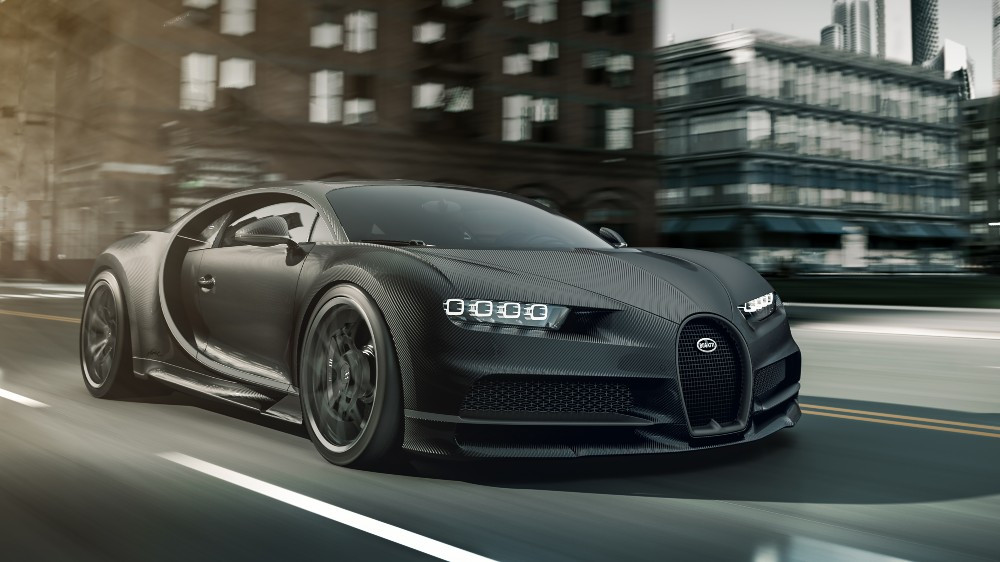 The Bugatti Chiron Noire will come in two variations and cost about one-sixth the price of the record-setting La Voiture Noire.

The world’s most expensive car just got a little more affordable—at least for a lucky few.

On Monday, Bugatti unveiled the brand new Chiron Noire, a super-exclusive version of the US$18.7 million La Voiture Noire. The latest edition of the glamorous speedster will be available in two versions and will be limited to a production run of 20. It will also cost about one-sixth the price of its record-setting sister.

Like the one-of-a-kind La Voiture Noire, the Chiron Noire is inspired by a special black version of the Type 57 SC Atlantic created by Jean Bugatti during the 1930s, according to a press release from the marque. (One of only four ever produced, the car disappeared at the beginning of World War II, and if it were ever rediscovered would almost certainly unseat its modern update as the world’s most valuable car.)

While a bit more restrained than the original, the Chiron Noire will still one of the most over-the-top supercars on the market. The two versions have been dubbed the Noire Élégance and the Noire Sportive (above). Both sport blacked out exteriors and interiors, accented in tiny dashes of silver. The Élégance has an exposed gloss carbon-fibre body and an interior that’s all-black except for the Bugatti signature line. Meanwhile, the Sportive has a matte-black finish and features an entirely black interior, including all buttons and switches. Both cars feature a Bugatti badge made of solid silver and black enamel and a carbon badge in the centre armrest that touts its exclusivity.

Under the hood, Bugatti has seen fit to leave things untouched. Both versions of Chiron Noire feature the same quad-turbocharged 8.0-litre W-16 as the “standard” model. That shouldn’t disappoint expectant Bugatti loyalists too much. After all, the car’s beefy engine is still capable of outputting a stunning 1118kW and 1600Nm of torque, pushing the car from 0-to-100 km/h in just 2.4 seconds.

Because the Chiron Noire is a limited edition, it costs more than the standard Chiron’s US$2.99 (A$4.3) million starting price. Both the Noire Élégance and Noire Sportive have a price tag of US$3.3 million (roughly A$4.8 million), while existing Chiron Sports can be given the Noire treatment for A$160,000 . Delivery of the supercar is expected to take place during the second quarter of 2020.