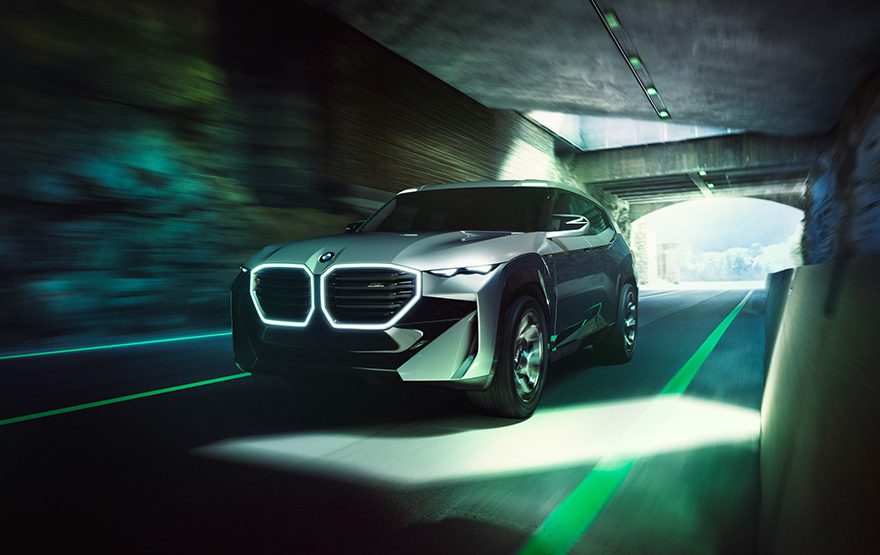 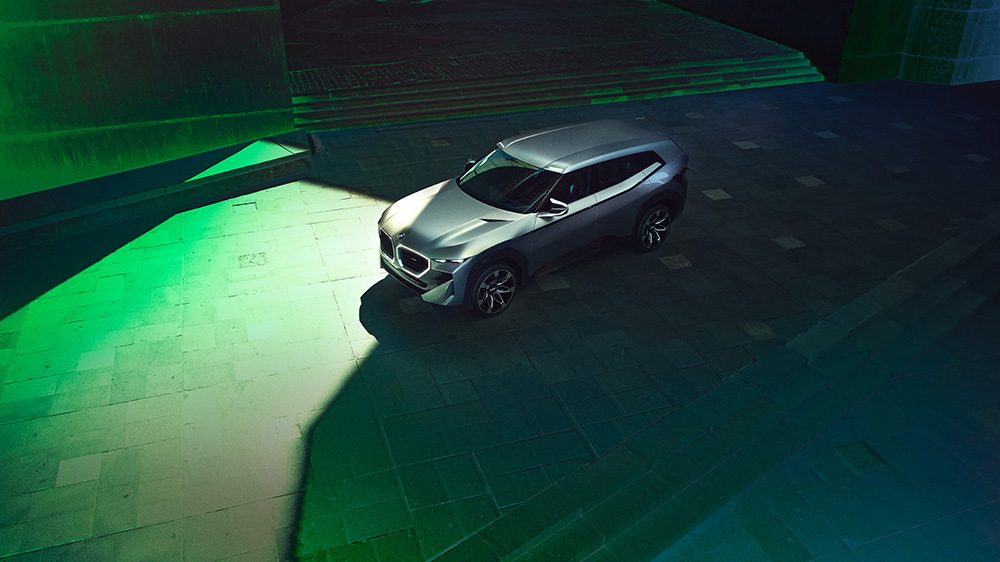 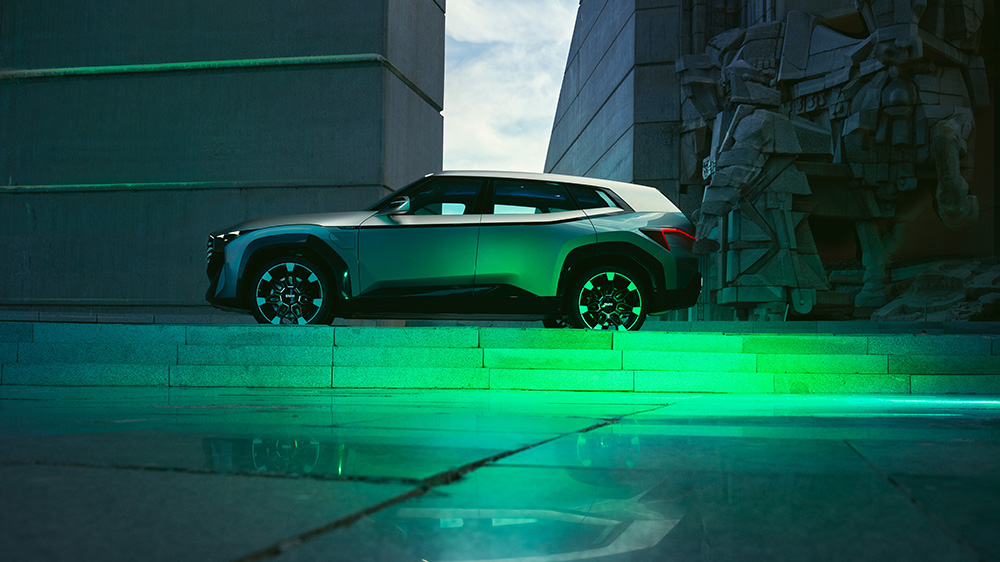 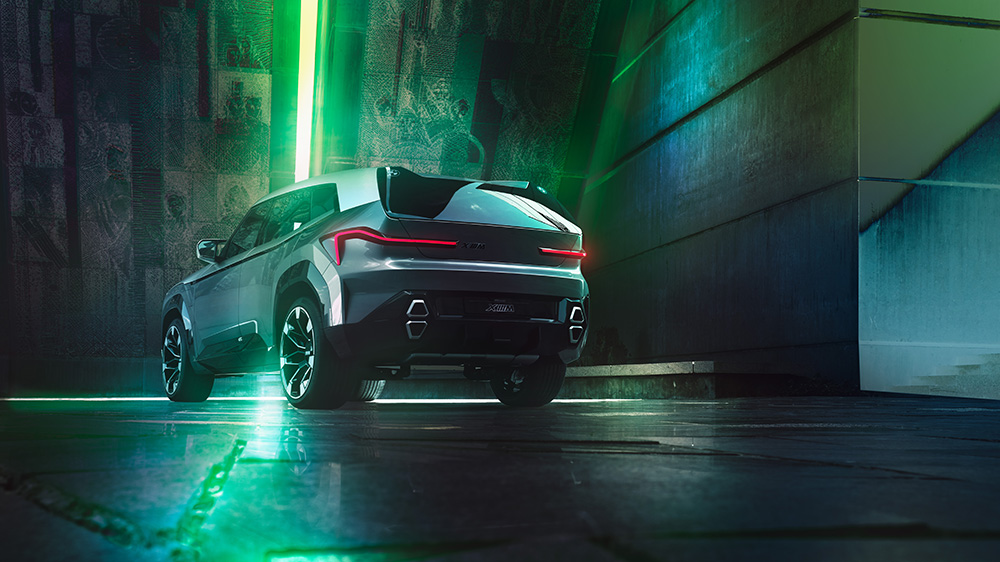 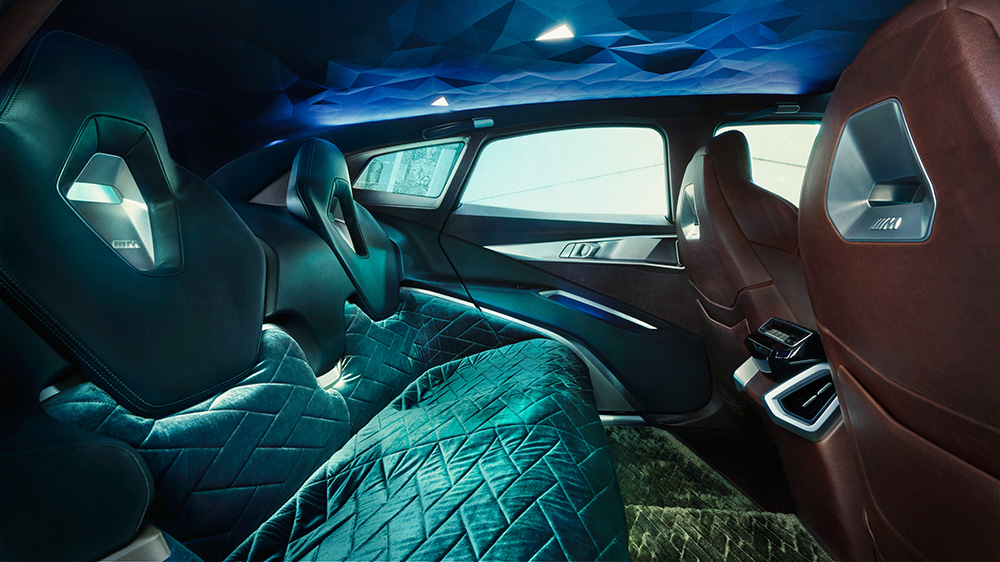 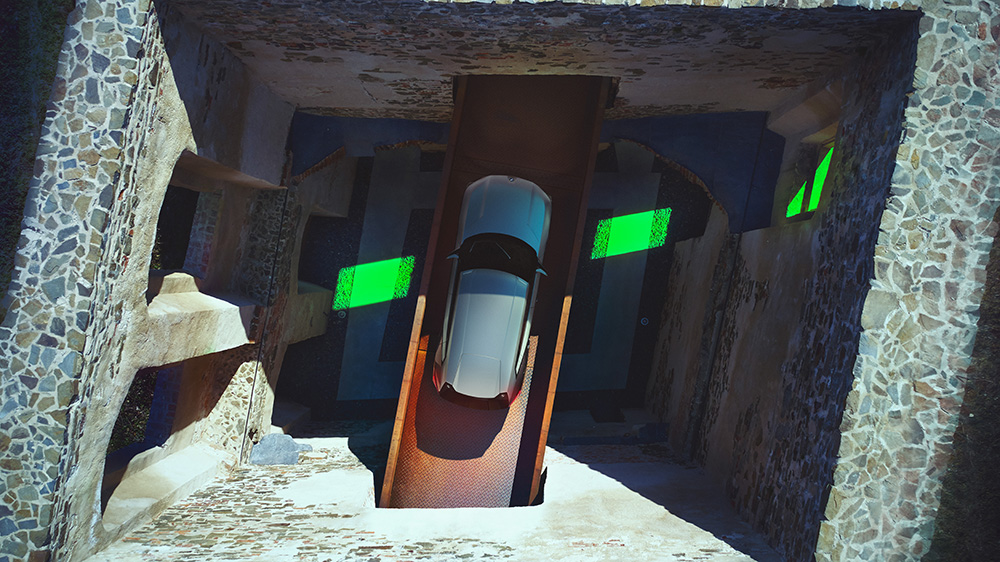 The series-production version of the high-powered SUV is expected to debut next year.

The BMW M is turning 50, and the marque is celebrating the best way it knows how—by debuting a new concept.

The German automaker’s performance division unveiled the new Concept XM at Art Basel Miami on Monday night. The second standalone M model is a plug-in hybrid SUV highlighted by a daring geometric design and a robust 560kW under the hood.

To be sure, the first thing you’ll notice about the XM is its design. At a glance, it looks like any of the brand’s other SUVs, like the X7, but closer inspection reveals a body that’s far more angular than your average bimmer. The massive kidney grille—which is clearly here to stay—and extended hood almost give it the appearance of having a long snout. This also comes through in the vehicle’s geometrical contours. The XM is more rounded than the Tesla Cybertruck, but its stark lines are far more pronounced than the smooth flowing curves we’re used to seeing on modern cars and SUVs, a dynamic that’s only highlighted further by its razor-thin LED light package. 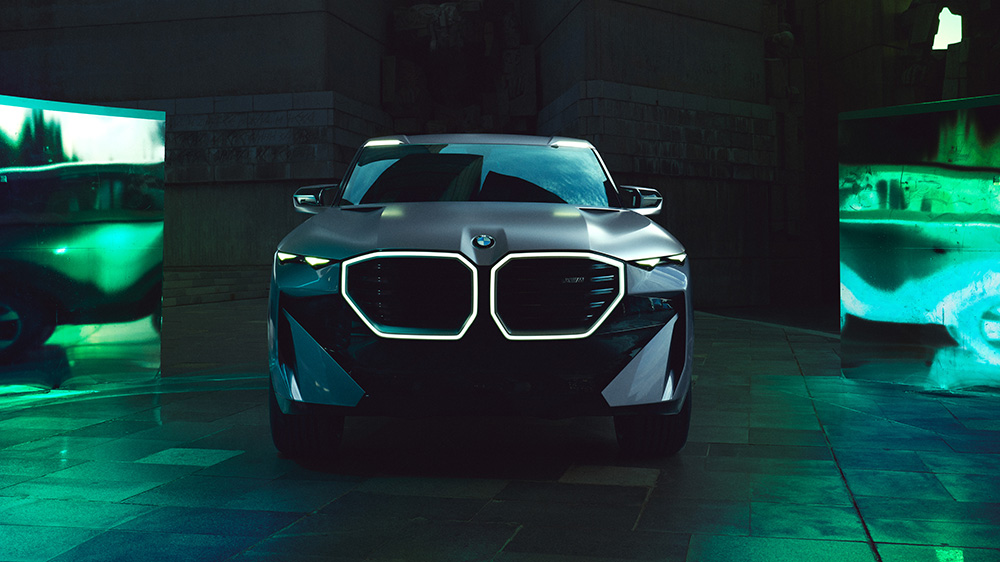 The vehicle’s interior is just as striking. A curved display travels from the driver’s cockpit to the middle of the dashboard and includes a digital gauge cluster and an infotainment screen positioned above the centre console. The display’s shape allows the driver to focus on the road but still have full control over the ride experience. As with the exterior, angular lines dominate the design of the cabin, and there are red accents throughout. Vintage brown leather covers the dash, inside the doors and front seats, while the rear bench is done up in quilted velvet. A roof liner and ambient lighting complete the picture.

To be sure, the XM is designed to be a high-performance ride. Its hybrid powertrain consists of a twin-turbocharged 4.4-litre V8 paired with an electric motor, according to a press release. The marque didn’t reveal what transmission it will be mated to, but the setup combines to pump out 560kW and 1000Nm of torque, easily making the XM the most powerful M vehicle yet. That also makes it more powerful than competing performance SUVs like the Lamborghini Urus (477kW) and Porsche Cayenne Turbo S E-Hybrid (500kW). The SUV’s electric motor should be good for just shy of 80 kilometres of electric driving range, though it’s mainly there to help generate power. 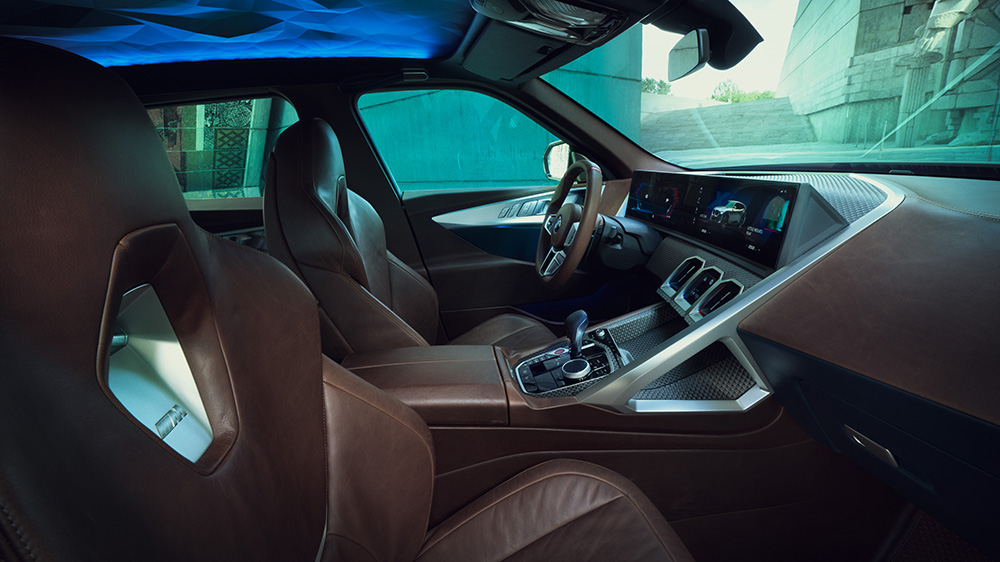 Inside the BMW Concept XM BMW

It’s becoming increasingly common for automakers to move ambitious concepts into production, especially among German marques like Audi (the A6 E-Tron) and Mercedes-Benz (the EQS). Following suit, BMW has already announced that it will put the XM into production in the near future. The SUV will only be available as an M model, making it the second standalone M in the division’s history after the M1, which was produced between 1978 and 1981. The series-production XM is expected to make its debut next year and will be built at the marque’s Spartanburg, South Carolina, factory.