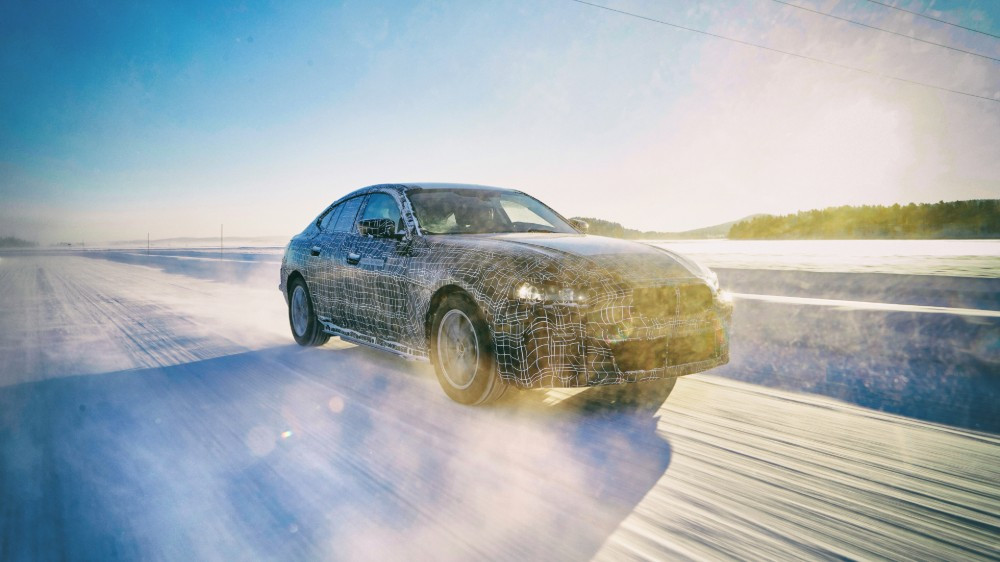 BMW Is Reportedly Developing an Electric Sedan to Take on Tesla

Here’s What We Know

Like Porsche before it, BMW is ready to knock Tesla off its perch atop the electric car market. Details about the German automaker’s upcoming electric sedan, the i4, are starting to filter out, and it looks like it will provide some stiff competition to the EV behemoth’s popular Model 3.

Part of the company’s push to launch 25 new electrified models by 2023, the i4 looks to be one of the most important vehicles of the initiative thanks to a futuristic aesthetic and some mighty impressive performance specs. And, if a new report from CNET is anything to go by, Tesla might actually have something to worry about.

Set to go into production in 2021, it’s looking like the i4 will pack some serious oomph. The website reports that the vehicle will be powered by an 80 kWh battery that’ll produce the equivalent of 395kW. Thanks to this powertrain, the car will be able to accelerate from 0-to-100km/h in a flat four seconds and reach an electronically limited top speed of 193km/h. All that signals a car that drivers can actually have some fun with.

The i4 will also reportedly get its juice from BMW’s new “Generation 5” battery back. Lighter and stronger than the battery packs in the company’s current electric vehicles, the i3 and i8, it can reach an 80-per cent charge in just 35 minutes when connected to a 150-kW DC fast charger. It also has an extremely impressive 500-kilometres range. Plus, drivers can add another 100 kilometres to the car with just a six-minute charge, which is three times as quick as it would take to do the same for the current i3 hatchback.

Except for some official photos of a camouflaged i4 undergoing testing in the Arctic Circle earlier this year, BMW has yet to reveal the car’s final design. But last year, the company confirmed that it would be based on the iVision Dynamics concept from 2017. If true, that would easily make the car one of the most striking electric vehicles on the market.

The i4 is expected to arrive in Australia in the latter half of 2021. No pricing information has been made available yet, but expect it to be north of the Model 3’s starting price.