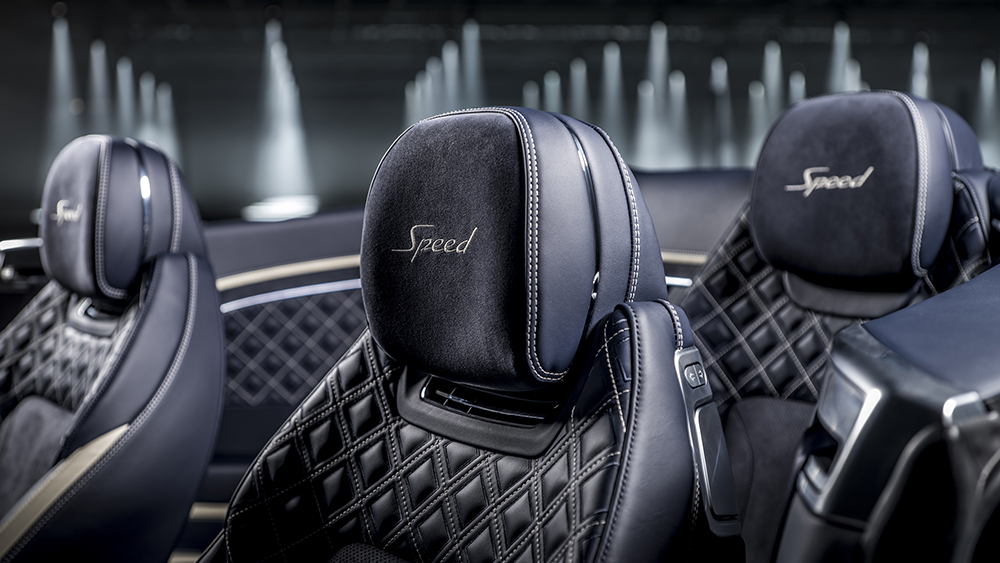 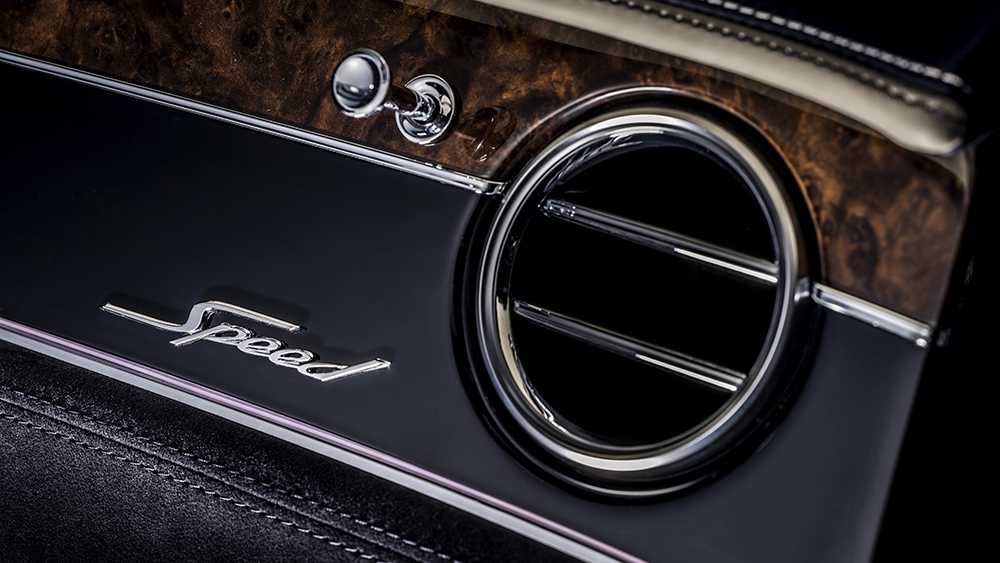 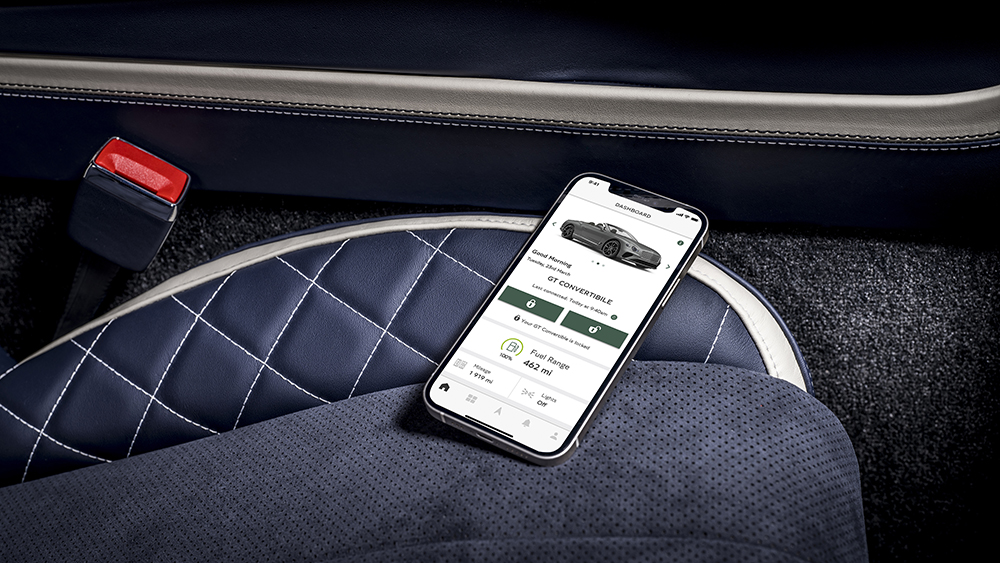 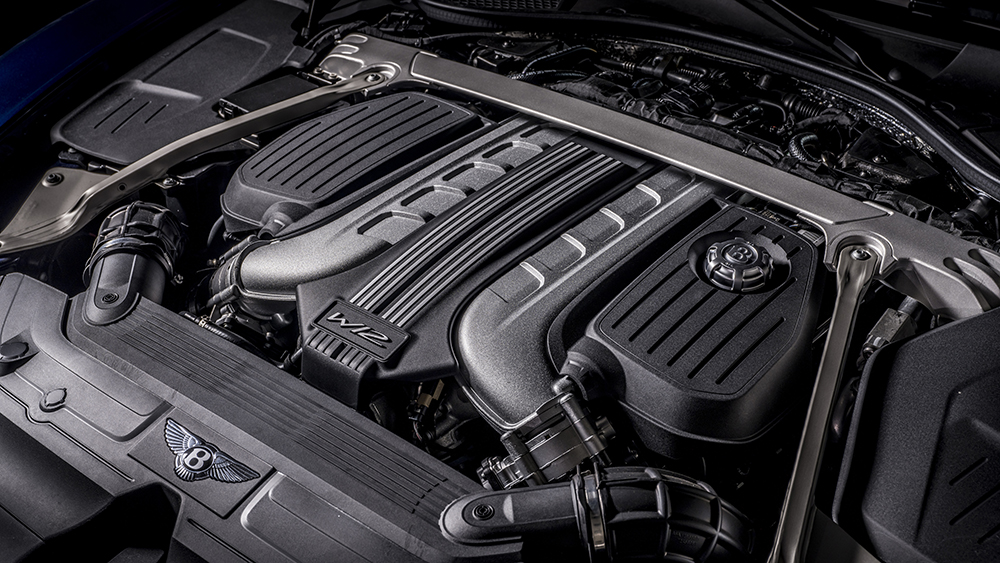 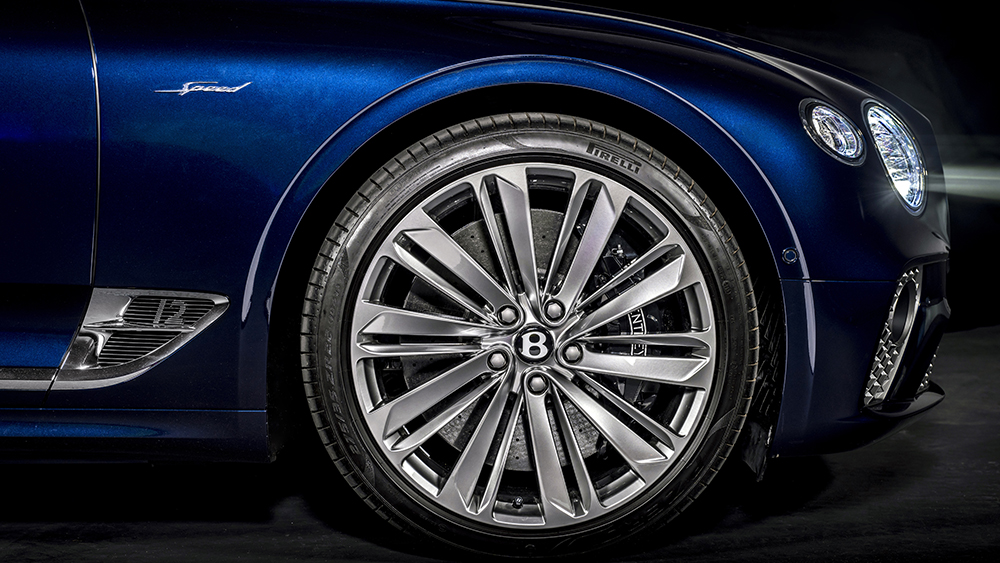 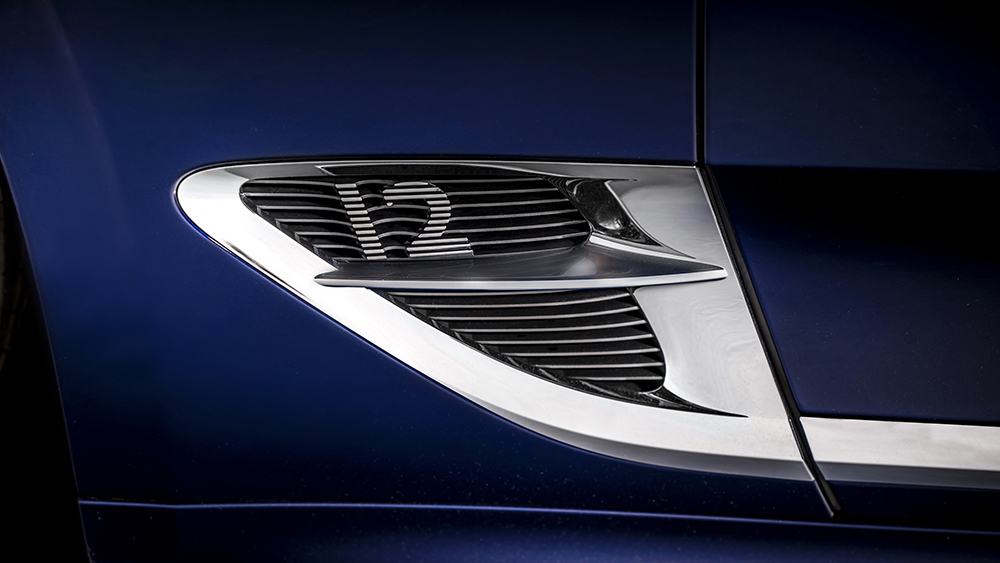 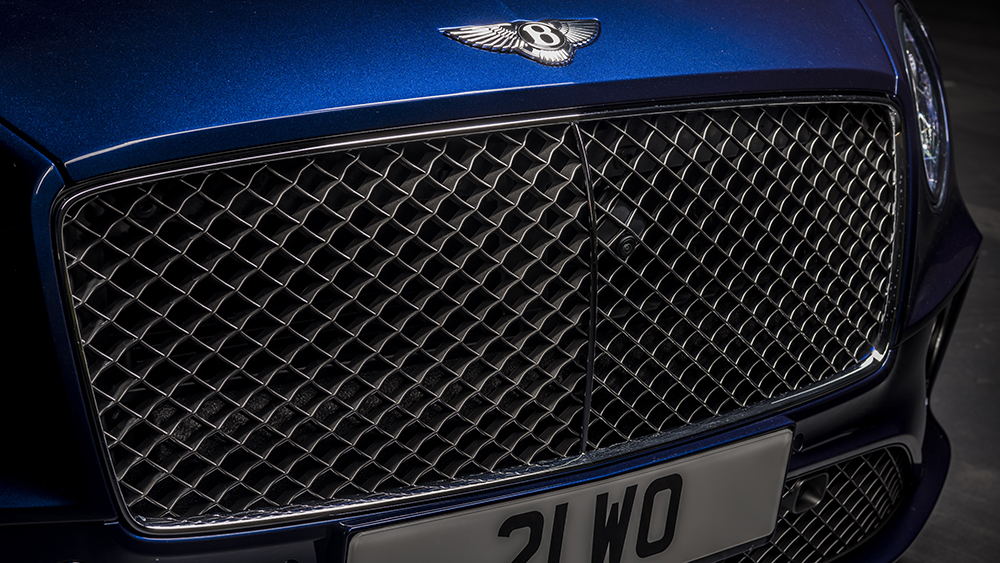 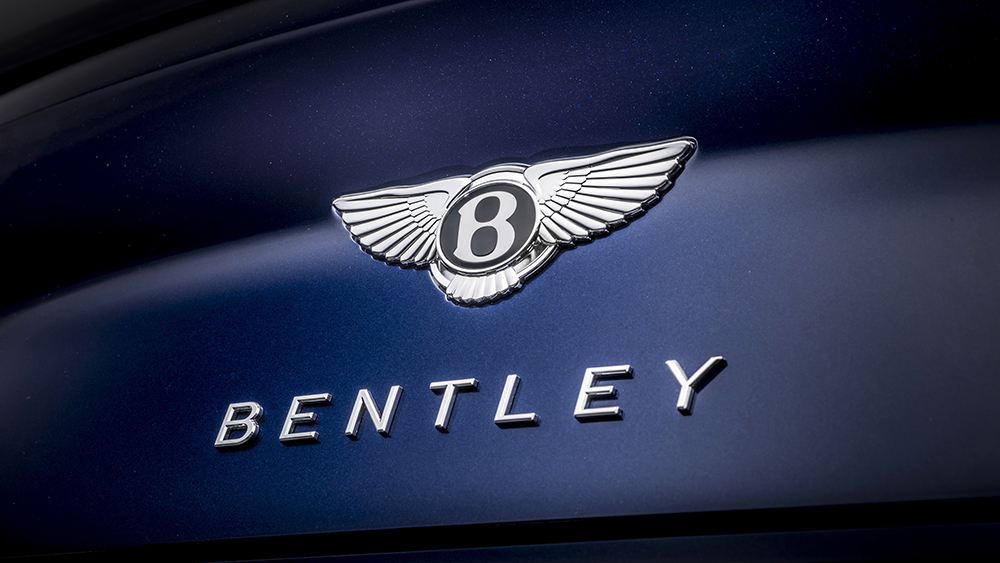 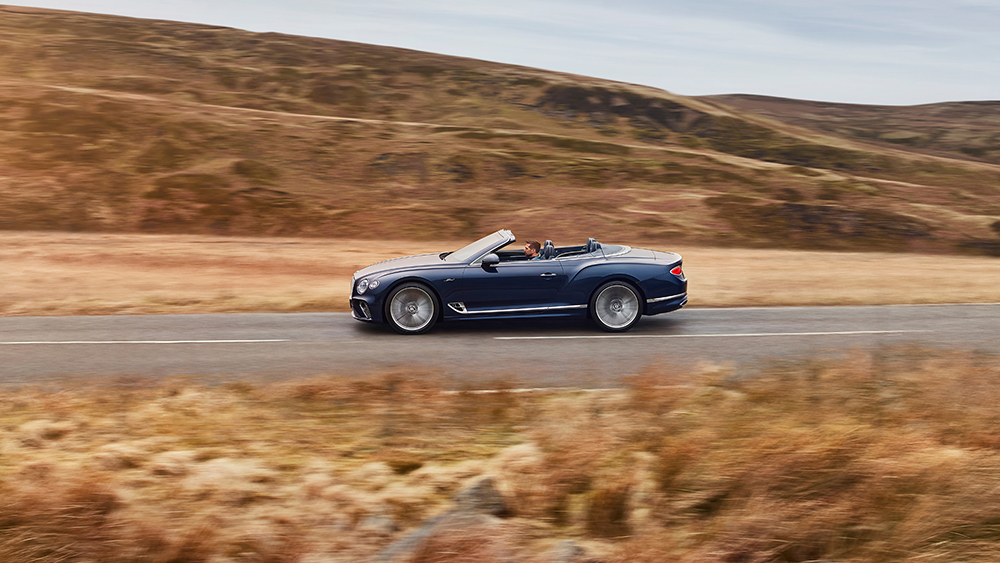 The automaker says the third-generation model is “the most powerful, driver-focused interpretation” of the benchmark convertible grand tourer. Like its hard-top counterpart, the new Continental GT Convertible Speed packs an upgraded version of Bentley’s renowned 6.0-litre W12 that will, quite literally, blow your hair back.

The specially tuned mill can deliver 484kW and 900Nm of torque. This gives the aptly named Convertible Speed the ability to reach 334km/h at full tilt. The GT can also soar from zero to 100km/h in just 3.6 seconds, which is 0.1 seconds slower than its fixed-roof sibling but 0.1 seconds faster than the regular Continental GT Convertible. To top it off, the four-wheeler’s dual-clutch, eight-speed transmission shift is twice as fast when in Sport mode for smooth transition between gears. 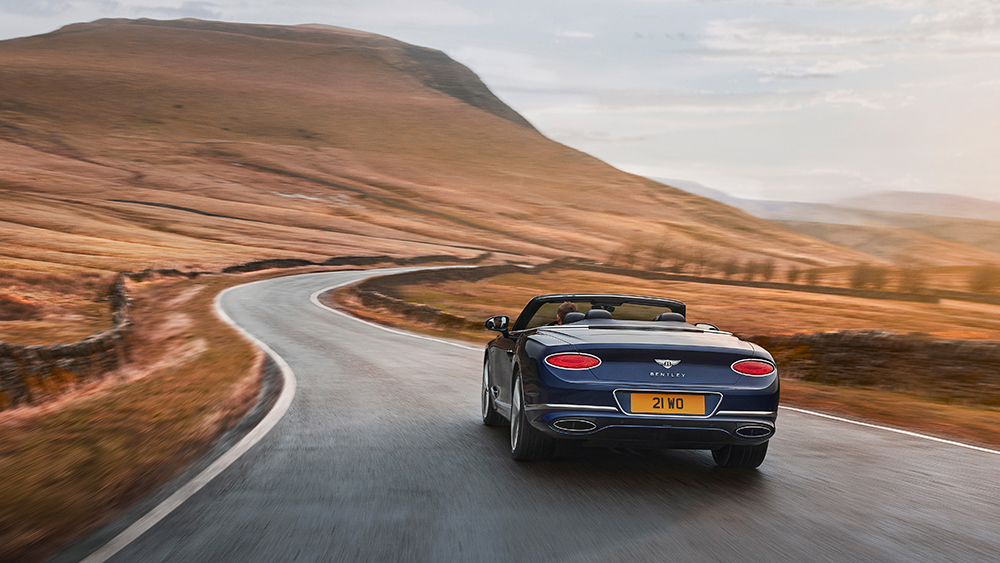 Beyond the powertrain, the new variant has been treated to numerous chassis upgrades for improved handling. In Comfort mode, the overall grip is balanced between the front and rear wheels, while Sport mode sends more torque to the rear. The tweaked all-wheel steering system and new electronic rear differential, meanwhile, further improve stability and the carbon-ceramic brakes promise just the right amount of stopping power.

The convertible’s elegant exterior is characterized by dark tint grilles, along with Speed sport sills and badging. It rides on 22-inch forged wheels available in three different finishes. There pièce de résistance is, of course, the tailored Z-fold roof. Engineered to perfection, it can be lowered or raised in 19 seconds at speeds of up to 48km/h to give you all the open-air thrills. The roof is also available in seven different colourways, including a contemporary take on traditional British tweed. 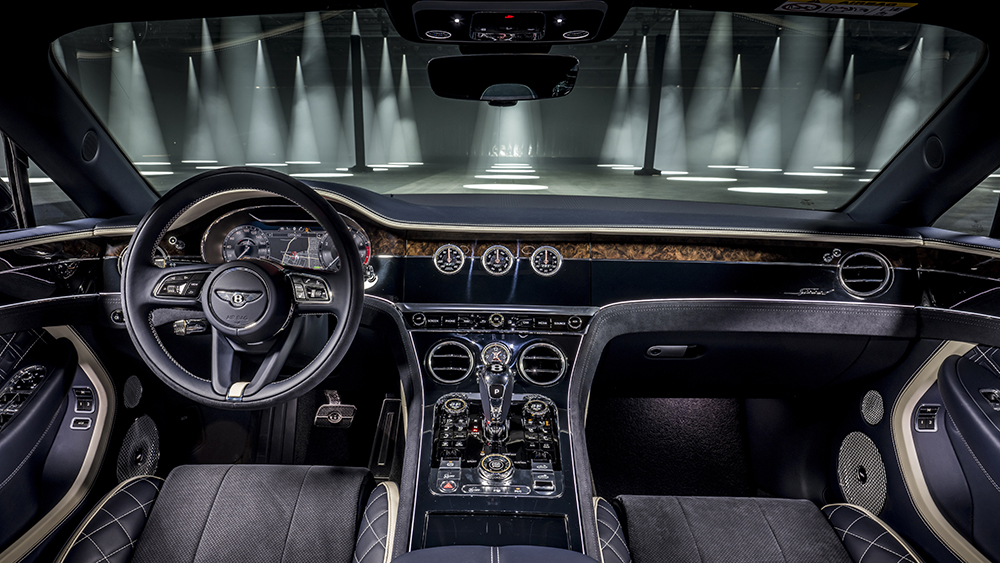 Inside, the convertible is 3 decibels quieter than its predecessor. Bentley Motors

Inside, Bentley claims the cabin is 3 decibels quieter than its predecessor thanks to the roof’s new sound insulation. Naturally, it’s pretty luxurious, too. Trimmed in leather and Alcantra, it can be customized with 15 main and 11 secondary hues. The interior also sports signature quilting, along with embroidered Speed badging on the headrests and a Speed plaque in the treadplate. Drivers will also enjoy heated and vented seats.

The cost of the convertible is still to come.