The German marque unveiled its latest sleek prototype at Auto Shanghai on Monday. Although it is based on its current A6 sedan, the brand doesn’t envision the battery-powered vehicle replacing the gas guzzler. Instead, it plans to eventually introduce it as a variant. 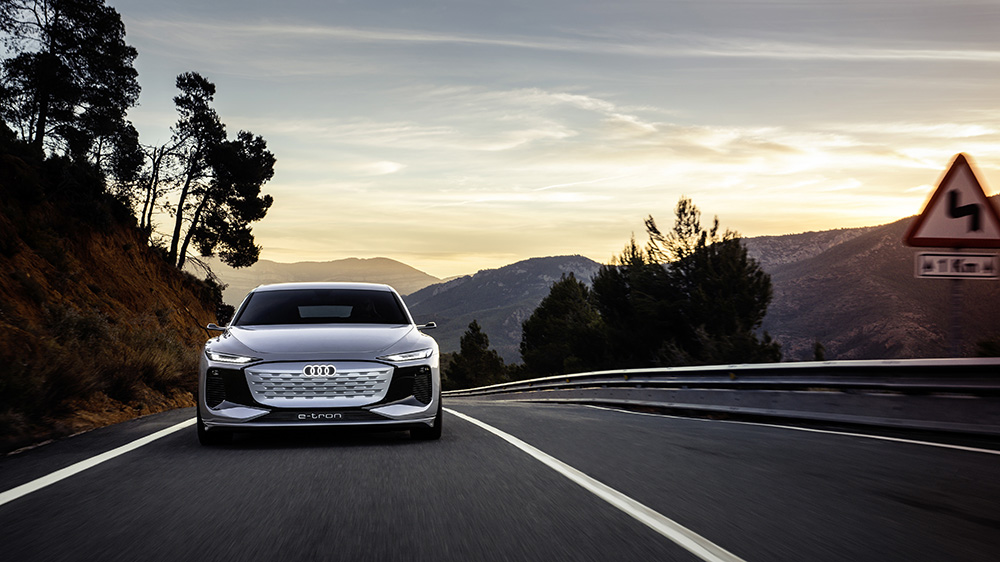 The electric A6 feels like the most fully realized version of the company’s new EV design language, which is also visible on the e-tron and the Q4 e-tron. It looks like an Audi—the iconic four-ring logo, prominent grille and wide-set stance are all still there—but it also feels fresh and modern.

The nose of the four-door features a large enclosed Singleframe grille bordered by ultra-thin LED headlights and large air ducts. It’s also devoid of any sharp angles, unlike the e-tron GT, with smooth lines flowing from the front to back, including across its elegant shaved-down doors. Our favourite bit is its stylised Sportback profile. Having the roof taper into the vehicle’s substantial rear end keeps it from looking like just another dull sedan. The back of the car is also wider than the front and is adorned with one long, end-to-end strip of LED taillight and has LED projectors in each corner, which will signal to other drivers when you’re ready to change lanes or turn. Finally, it rides on a set of very chic 22-inch wheels that give the hatchback a little bit of sporty flair. 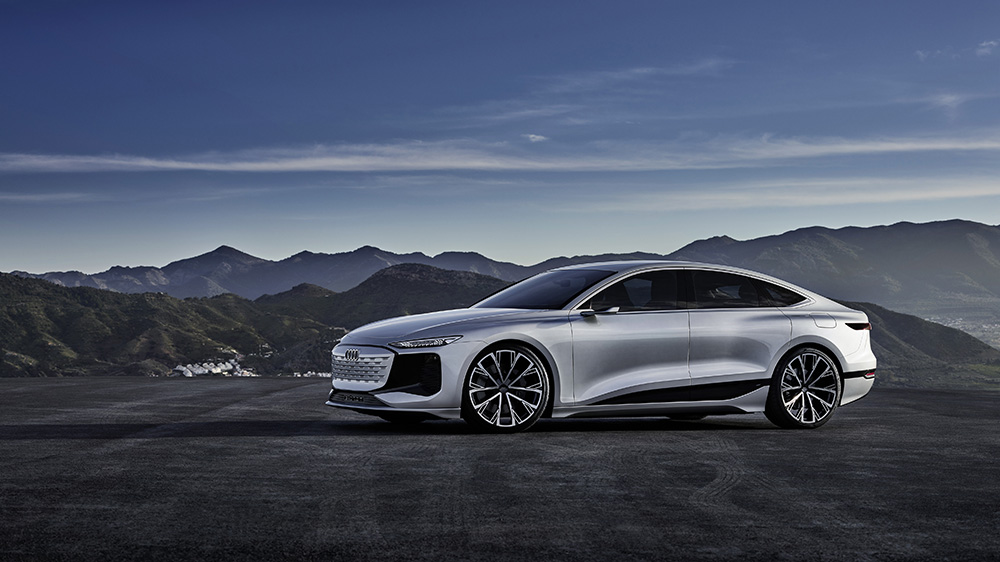 Audi hasn’t provided images of the vehicle’s interior yet, but don’t be surprised if it looks somewhat similar to that on the e-tron GT. We would especially love to see its “monoposto” driver’s enclosure—with a 12.3-inch virtual cockpit and 10.1-inch touchscreen infotainment display—carry over. Based on the exterior of the A6 e-tron, expect the interior to be roomier, especially in the rear.

Audi hasn’t revealed all the concept’s technical specs just yet, but we do know that it will ride on Volkswagen Group’s Premium Platform Electric (PPE) platform. The A6 e-tron is the first Audi to ride on the platform—the e-tron GT and Q4 e-tron ride on the J1 and MEB platforms, respectively—which was specifically designed to support a range of different EV models. Don’t be surprised to see it popping up in the majority of EVs announced by the group’s brands over the months and years to come.

The benefits of this new electrical architecture seem pretty clear cut, too. The A6 e-tron will be all-wheel drive and features a two-motor setup, with one on each axle. The two electric motors will produce a combined 350kW horsepower and 800Nm of torque, according to the automaker. Like all cars built on the PPE platform, it will also have 800-volt charging tech. Not only will the car go more than 700km on a single charge— nearly 10 per cent more than than the current industry leader—but it will also allow for fast fill-ups while on the road. Audi says you should be able to add 300km of range in just 10 minutes and go from 10 to 80 per cent battery capacity in half an hour. To be sure, those numbers are singular. And if the brand can deliver on them, range anxiety will be something drivers of other EVs experience.

In recent years, Audi has made a habit of turning its concept vehicles into production models. The same appears to be true of the A6 e-tron. Even more promising is the fact that the company expects the production-ready version of the beautiful four-door to look “95 per cent” like what it unveiled on Monday, according to Car and Driver. It remains to be seen whether other brands will follow suit, but we for one welcome a day when concepts move from unlikely dreams to production reality.

The newcomer is the marque’s most extreme performance convertible yet.