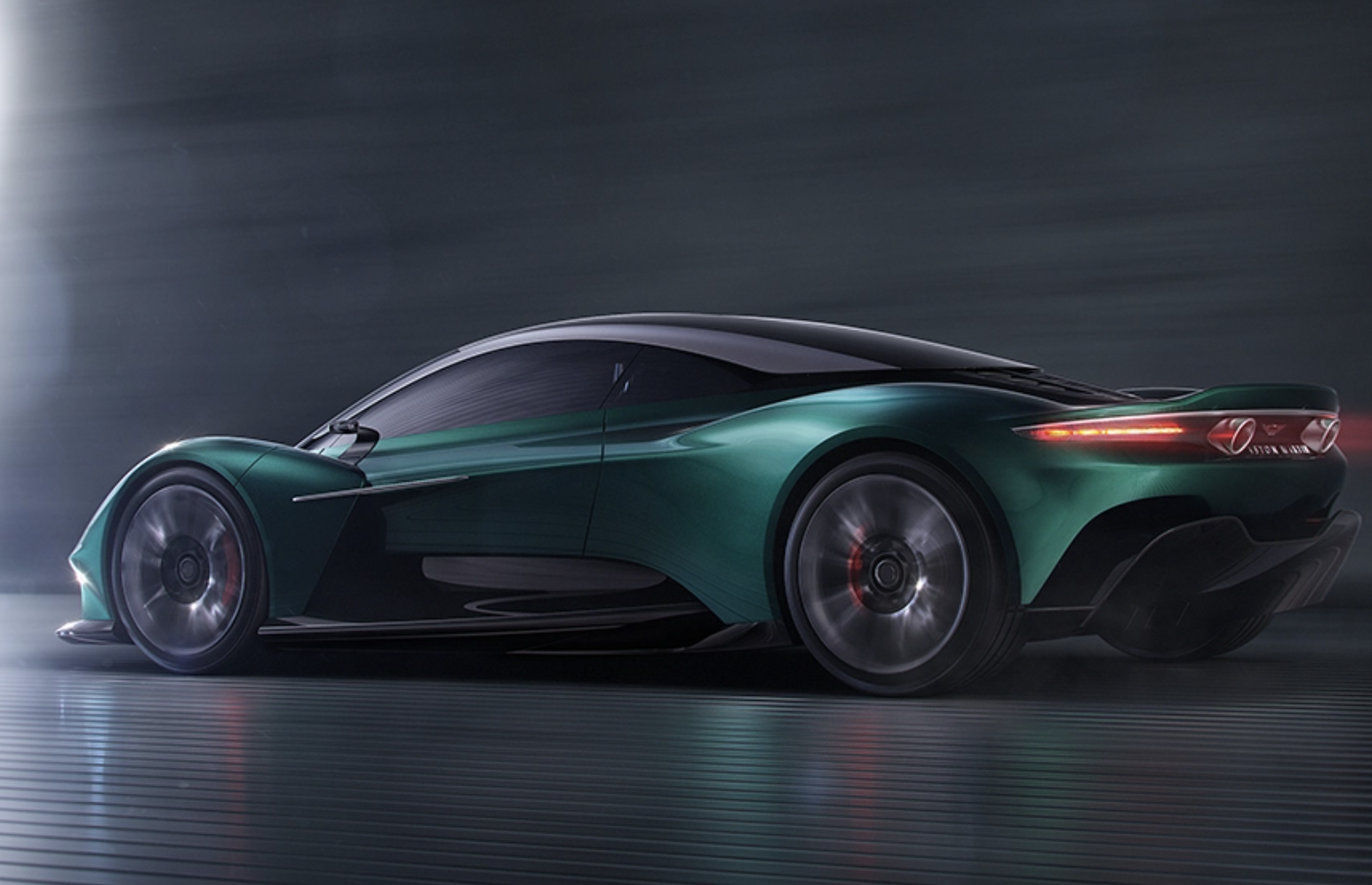 A V8 will be the beating heart of a new plug-in hybrid setup that will also comprise an electric motor.

Aston Martin announced it was reviving the iconic Vanquish nameplate in 2019. Details regarding the next-gen supercar have since been few and far between, but we now have some powerful new info about the mill.

The lean, mean, mid-engined machine, which sits below the Valhalla and the Valkyrie in the Aston Martin lineup, was originally supposed to be powered by an in-house 4.0 litre V-6. But it appears that plan has changed. It’ll now be equipped with Mercedes-AMG’s menacing twin-turbo V-8, just like its two high-powered brethren, Autocar reports. (Aston Martin did not immediately respond to a request for comment from Robb Report regarding the powertrain.)

The Valhalla’s hardcore V-8 comes from the Mercedes-AMG GT Black Series, whereas the Vanquish’s V-8 will likely be in the same state of tune as the Mercedes-AMG GT 63 S E Performance. That’s nothing to sneeze at, though. The combustion engine is said to churn out about 470kW. 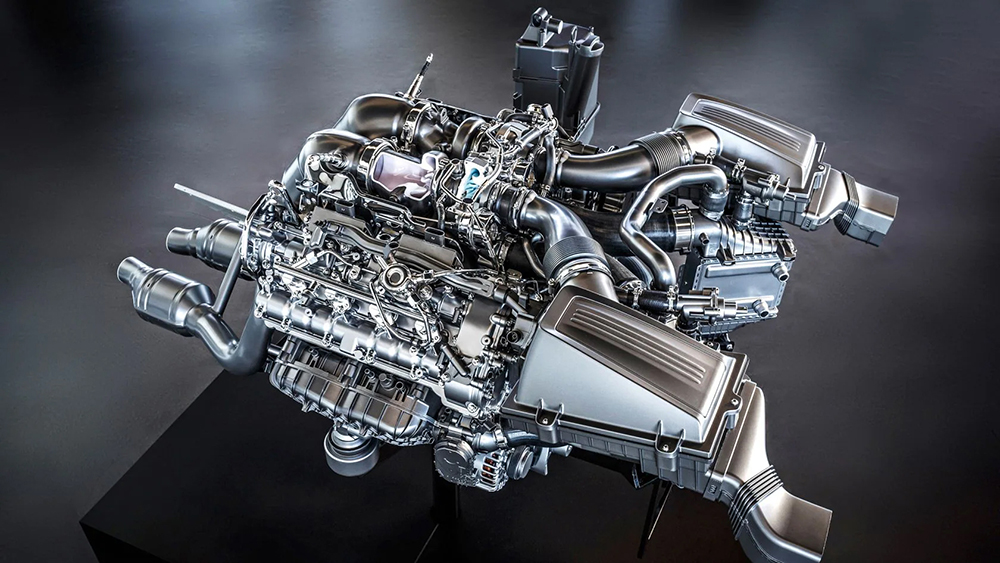 The V-8 will be the beating heart of a new plug-in hybrid setup that will also comprise an electric motor. Altogether, you can expect a total output of 620kW in the new Vanquish. By comparison, the Valhalla is good for 698kW while the Valkyrie produces a staggering 865kW. 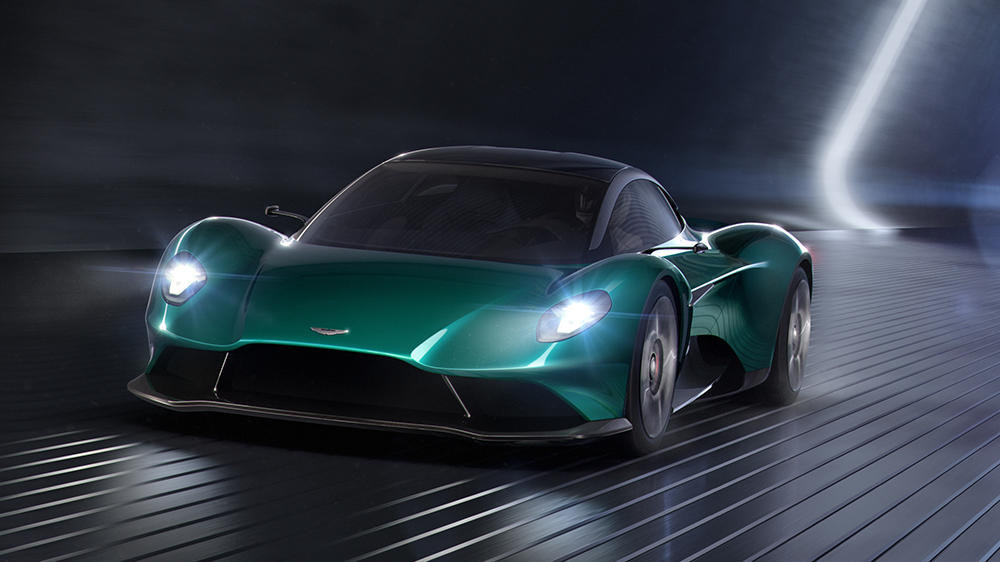 The Vanquish Vision is expected to have a total output of 620kW. Aston Martin

The company has already confirmed hybridisation across all of its platforms by 2025. The new hybrid, which certainly rivals today’s most powerful supercars for outright potency, will be competing against the Ferrari 296 GTB and McLaren Artura.

Aston Martin will compete against itself, too. The road-ready Vanquish will likely spur on a track-only twin geared toward one-make global racing series. Who knows, even more horsepower could be on the cards. 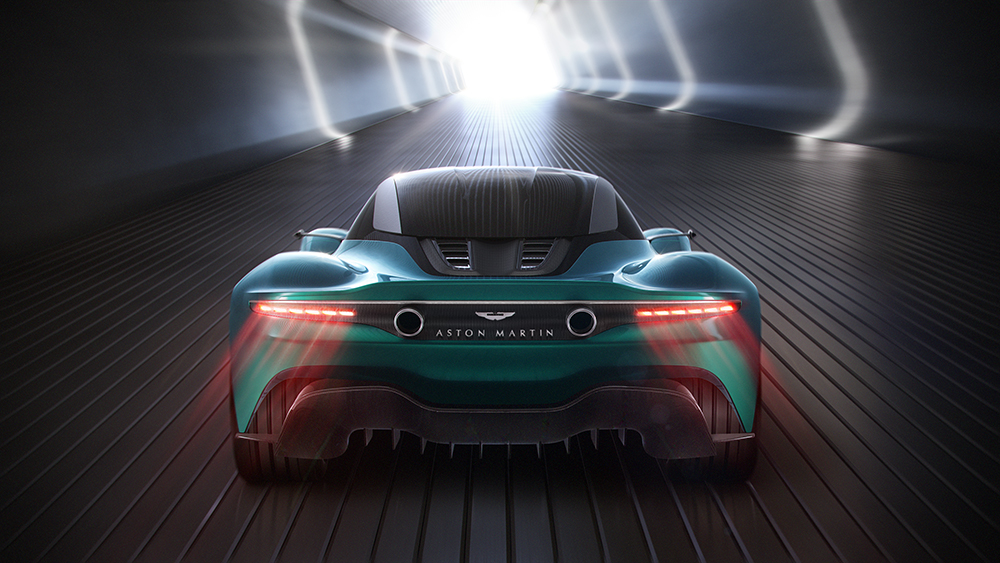 The Vanquish’s official reveal is scheduled for 2023. Aston Martin

The mill might not be the only change to the Vanquish, either. Aston Martin’s chairman Lawrence Stroll told Autocar the model will likely get a fresh name in place of the Vanquish Vision. Furthermore, the current bodywork will probably need to be tweaked to support a bigger engine.

Unfortunately, it’s going to be a while until we see the finished product. The Vanquish’s official reveal is scheduled to take place late next year, with customer deliveries slated for 2025.