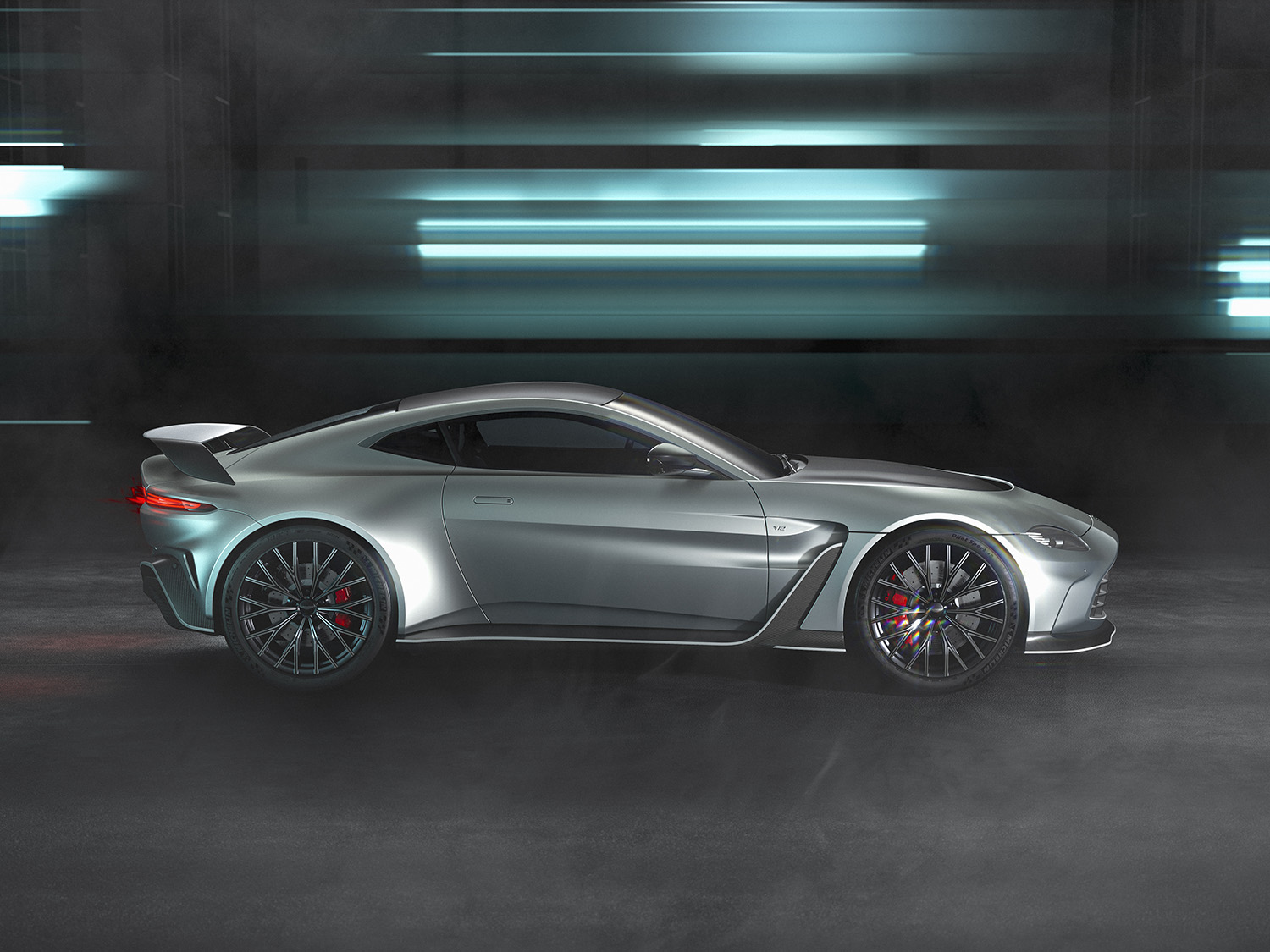 Goodbyes are never easy, especially when you’re farewelling something as beautiful and iconic as the Aston Martin V12 Vantage.

Let’s remember the good times and focus on what’s in front of us in the here and now. The new V12 Vantage celebrates a proud history of V12-engined sportscars, and here represents Aston Matin’s passion for performance with a limited run of 333 examples and a promise of extreme performance and driver-focused thrills.

By the numbers, the British marque is backing up those promises, with the 5.2-litre engine at the heart of the Aston offering 514kW and 730Nm of torque between 1800rpm to 6000rpm. The result shoots the Vantage from 0-97km/h in 3.4 seconds with a top speed of 320km/h — the fastest and most powerful Vantage yet. 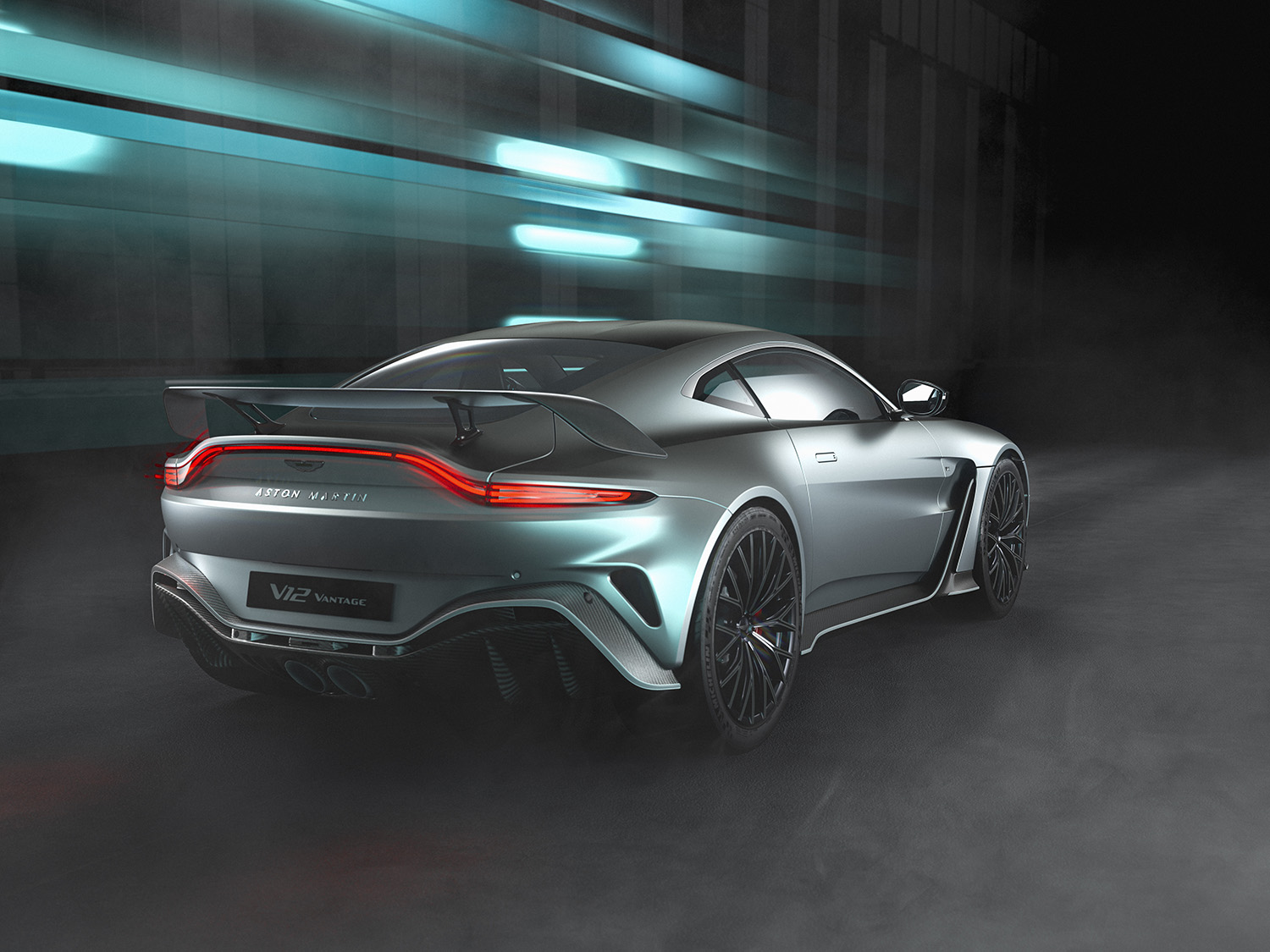 Complementing the impressive engine is a number of weight-saving efforts introduced on the V12 Vantage. These have seen the power to weight ratio of the flagship model increase by more than 20% when compared to the V8 powered sibling.

How Aston did it? They added a carbon fibre front bumper, clamshell bonnet, front fenders and side sills, composite rear bumper and deck lid, lightweight battery and a special centre-mounted twin-exit exhaust system. The latter has been tuned to make sure the appropriate noise comes out of such an aggressive looking car.

The power is delivered through a ZF 8-speed automatic transmission and mechanical limited-slip-differential that is calibrated from the learnings of the Vantage F1 and V12 Speedster models.

There’s more to the new V12 Vantage than brute force. With attention paid to the dynamic driving experience, the car is equipped with a new adaptive damping suspension including new anti-roll bars, bushes, and spring and damper assemblies.

Body stiffness is increased with additional front and rear sheer panels giving the optimum platform stiffness for enhanced driving dynamics and steering feel while the car rides on the choice of standard or lightweight satin black 21-inch wheels which come wrapped in Michelin Pilot 4S tyres.

The performance figures need to be matched with stopping power. Here the V12 opts for carbon-ceramic braking as standard and have been engineered to resist brake fade at temperatures up to 800 degrees making it something of a track monster. 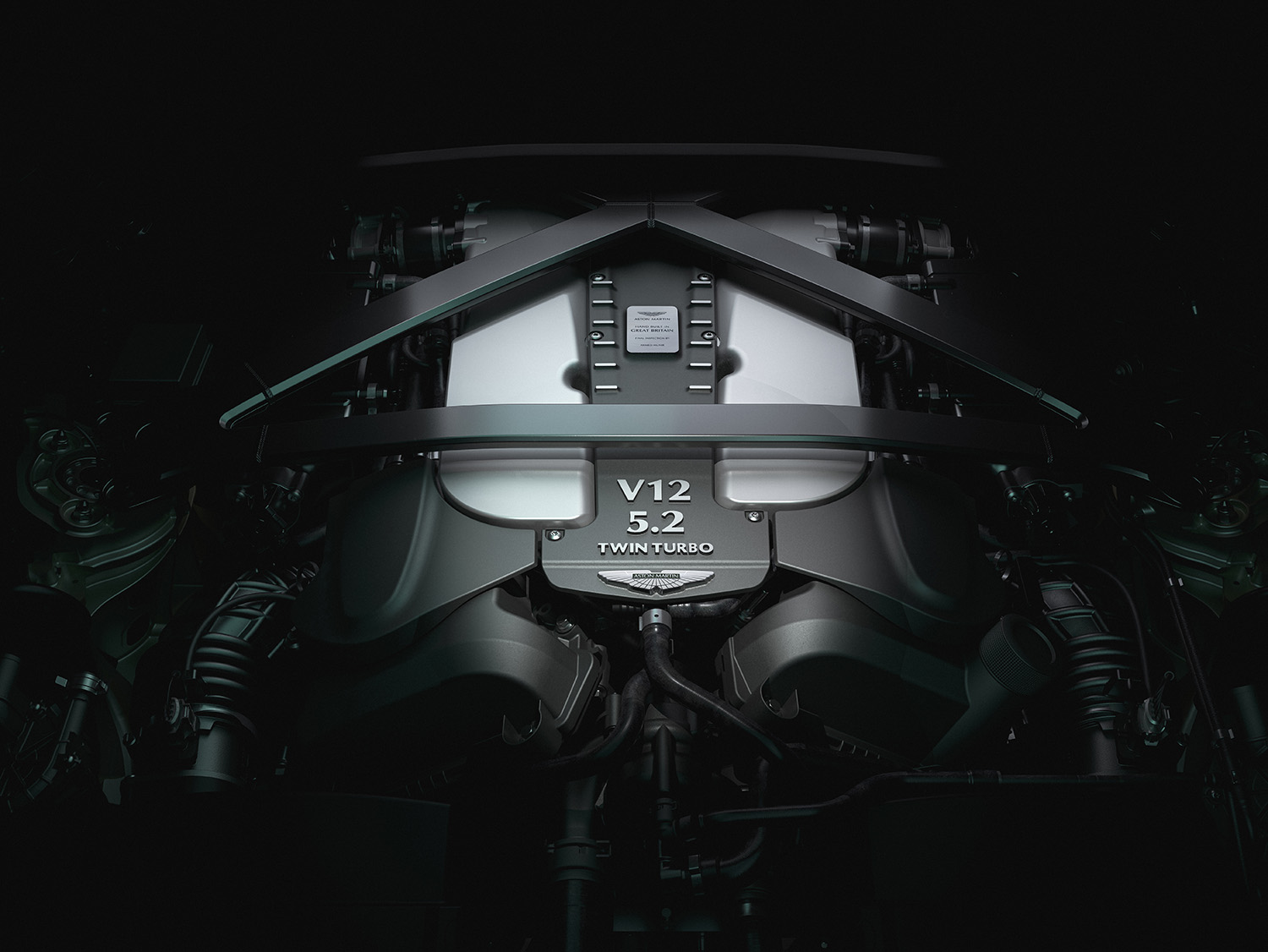 A supercar with such dramatic performance credentials needs a physique to match. To that end, The V12 Vantage boasts a wider body than previous iterations, a new front bumper design, a full-width front splitter and a horse hose design engine vent to enhance cooling.

The rear features a unique bumper with an integrated diffuser that works to keep the aerodynamic balance with a dramatic rear wing that alone contributes 204kg of downforce at top speed.

Inside the newly unveiled supercar, the V12 Vantage retains the recognisable layout with a sports plus seat trimmed in semi-aniline leather featuring ‘Wing’s quilting and perforation patterns as standard.

Further, there is a new carbon fibre performance seat with exposed twill carbon fibre shell and manual six-way adjustment available as an option and a plethora of tailored and bespoke personalisation to be made by Aston Martin’s Q commission service whereby customers can create a true one-of-a-kind supercar.

Aston Martin hasn’t revealed a price, although all 333 models are already spoken for so if you haven’t already got your hands on one, it’s goodbye to not only the V12 Vantage but the end of an era for the British marque.