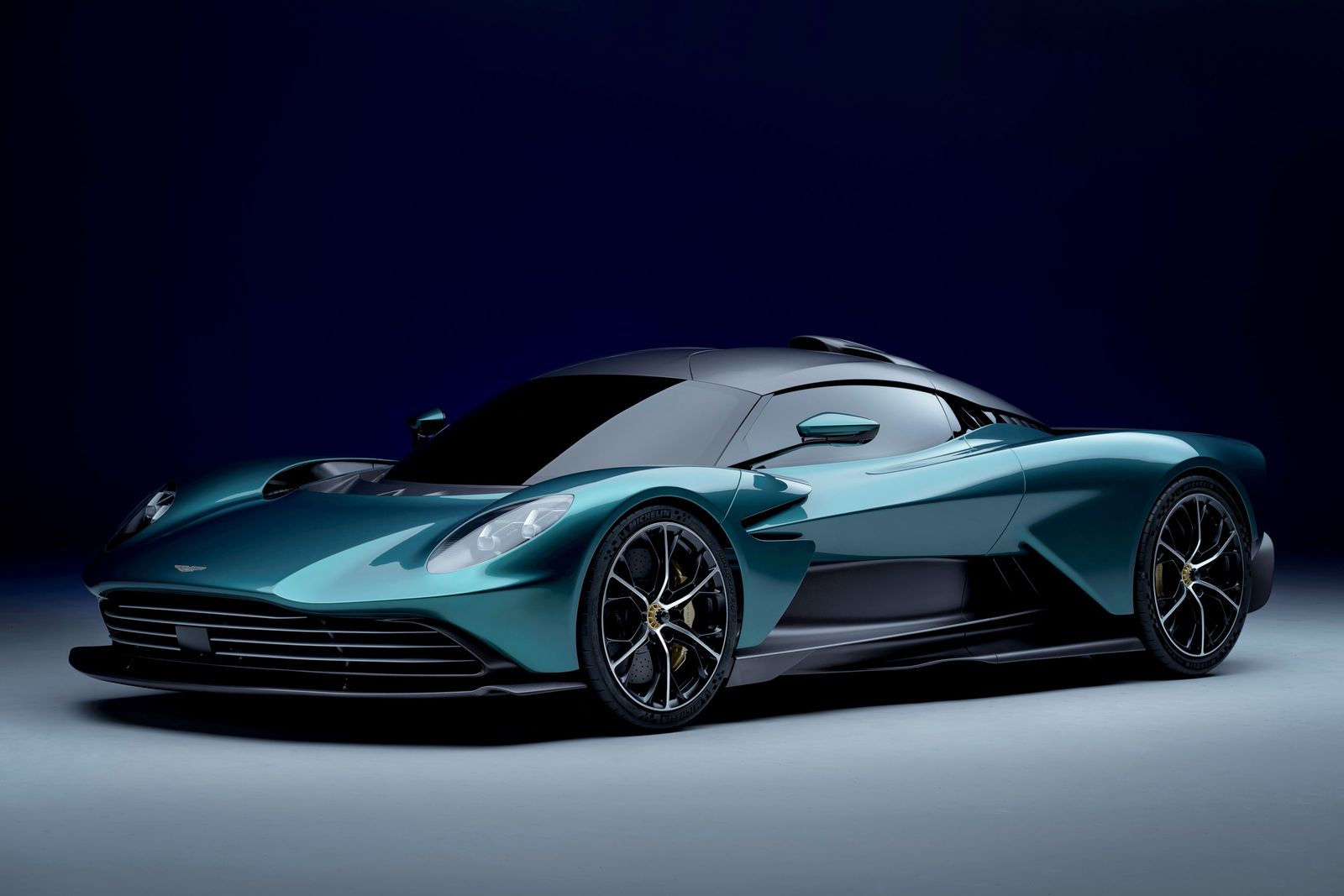 Featuring a custom engine and transmission, the hybrid is expected to begin deliveries in 2023.

Few luxury automakers have had as tempestuous a history as Aston Martin, which has seemingly been at death’s door financially more than once, yet somehow pulls through and continues its legacy of exclusive high-performance automobiles. After last year’s restructuring that saw Dr. Andy Palmer replaced as CEO by Mercedes-AMG’s Tobias Moers, the marque has been quick to get the word out on latest developments with its model line, particularly testing of the Valkyrie hypercar, which ran in public for the first time several days ago at the Goodwood Festival of Speed.

Drafting off that success, Aston Martin has announced today that another of its collaborations with Red Bull Racing is ready for production, a car whose name fittingly denotes rebirth and reward in Norse mythology, the Valhalla. No longer solely a concept car, the 700kW hybrid will sit just below the Valkyrie in flagship status, presenting a more approachable version of its 865kW sibling. 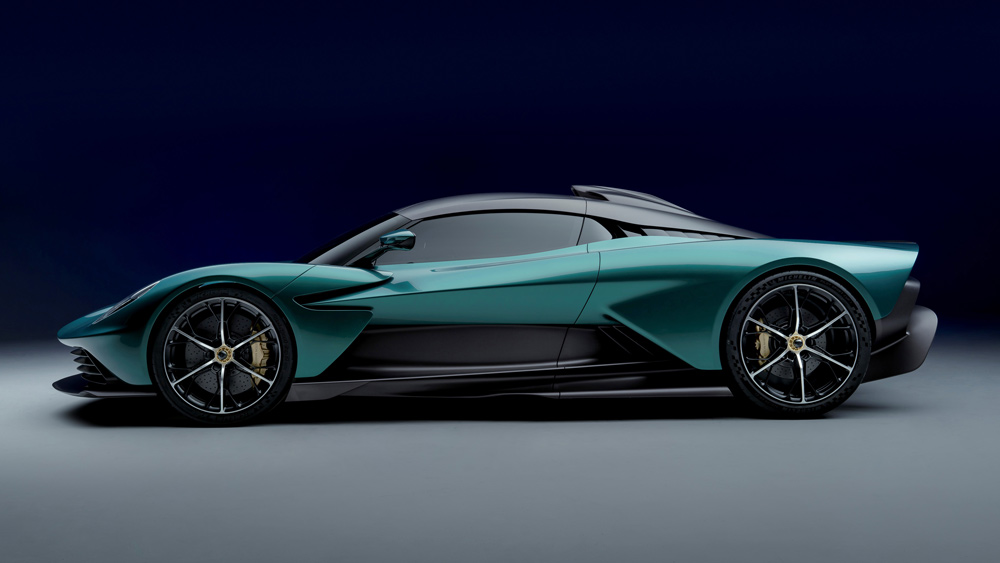 “Aston Martin’s first series production mid-engined supercar, Valhalla is a truly transformational moment for this ultra-luxury brand,” mentioned Aston Martin’s executive chairman Lawrence Stroll in the official statement, adding that “the launch of Valhalla demonstrates Aston Martin’s commitment to building a range of exceptional mid-engined driver-focused cars, a crucial next stage in the expansion of our product lineup.” 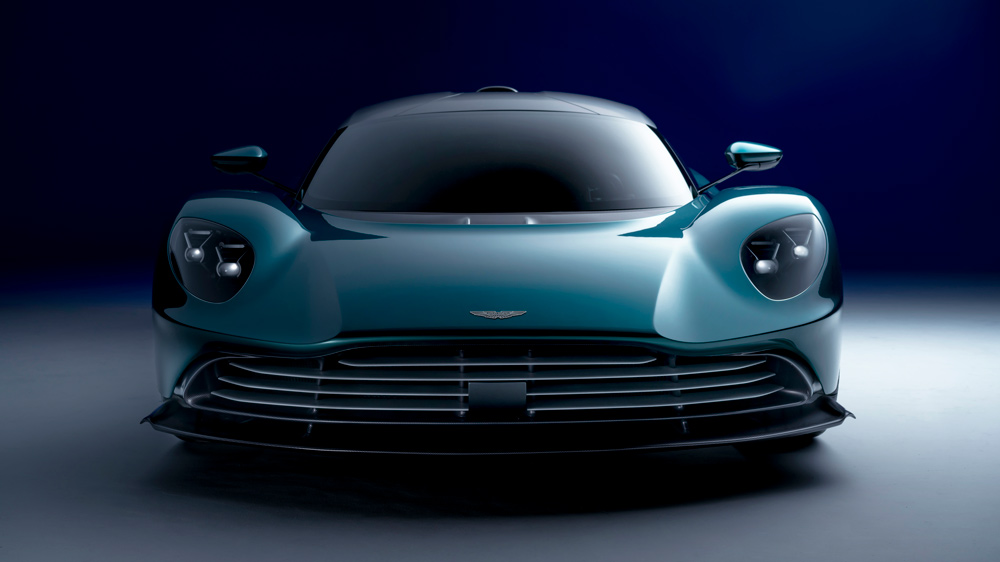 With Moers now at the helm, and input from Mercedes, Aston Martin notes that the production version of the Valhalla has been substantially modified and fine-tuned compared to the original concept. Unlike the hybrid Valkyrie, which incorporates a naturally aspirated Cosworth 6.5-litre V-12 for its internal combustion engine (ICE), the rear-wheel-drive Valhalla relies on a 551kW, 4.0-liter twin-turbo V-8 with a flat-plane crankshaft to bolster response. In fact, the marque claims the engine is the “most advanced” V-8 it’s ever put in one of its vehicles. And the dual exhaust ports that exit toward the top of the car underlie the uniqueness of the ICE portion of the power train. 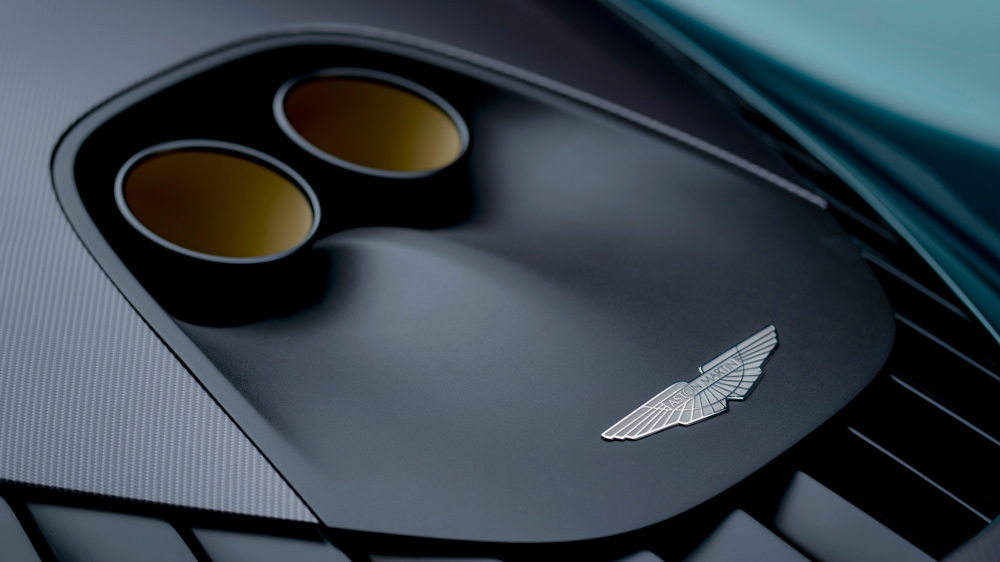 The dual exhaust ports exit near the top of the vehicle. Photo by Dominic Fraser, courtesy of Aston Martin Lagonda Global Holdings PLC.

Working in concert with the custom-made power plant, which is serviced by a roof scoop and several intakes along the body for induction, are two electric motors—located at the front and rear axle—that are responsible for another 150kW. The PHEV system also comprises a 150 kW/400 v battery which allows for a range of 14km and a top speed of 128km/h using electricity alone.

Managing the total output, including 1000Nm of torque, is a new eight-speed dual-clutch transmission that relies on the e-motors for engaging reverse, and integrates an electronic limited-slip differential on the rear axle for more nimble behaviour. The Valhalla’s athletic prowess is also aided by electric-power-assisted steering and Carbon Ceramic Matrix brakes that precisely translate driver input to the Michelin tires developed specifically for the car. 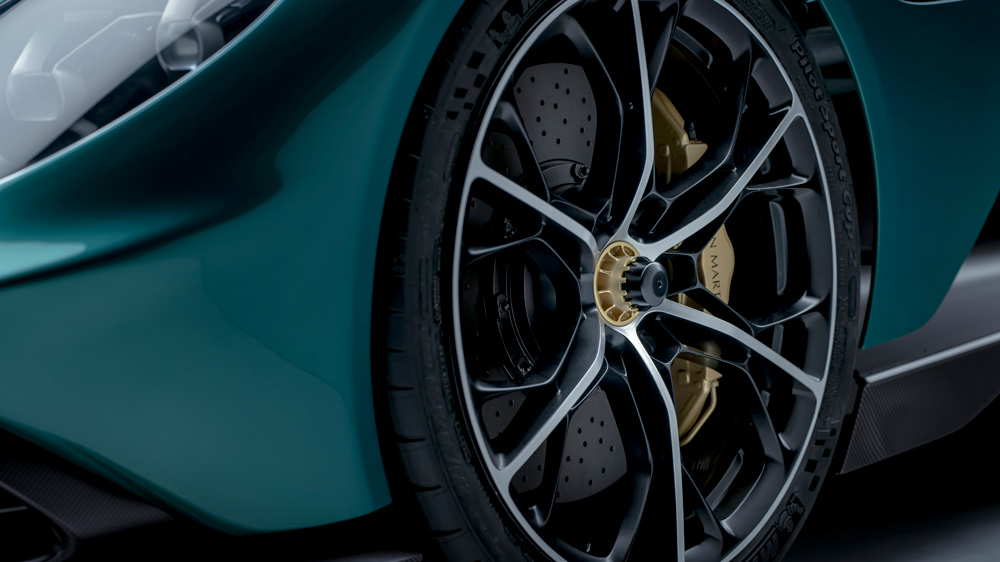 A closer look at one of the 20-inch front wheels dressed in a Michelin tire unique to the Valhalla. Photo by Dominic Fraser, courtesy of Aston Martin Lagonda Global Holdings PLC.

Targeted performance specs include the ability to jump from zero to 100km/h in 2.5 seconds and reach 350km/h, all facilitated by the car’s carbon-fibre-tub construction, which will contribute to a dry weight goal that’s under 1550kg. In addition, the Valhalla is on track to be one of the most efficient airfoils ever to come from the automaker. Active aero considerations, including venturi tunnels underneath and a rear wing, will purportedly combine for a staggering 600kg of downforce at 240km/h. 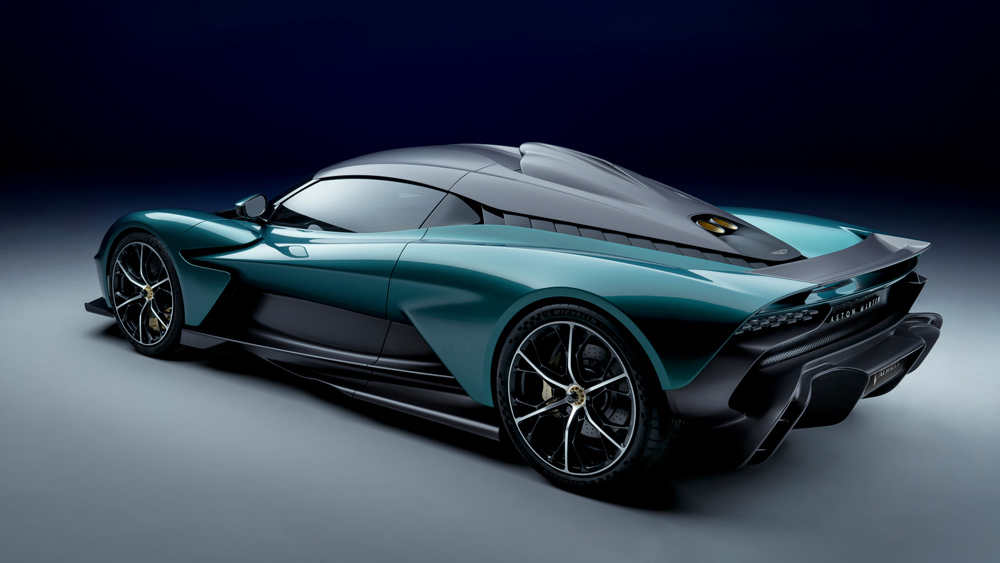 The 700kW Valhalla has target specs that include covering zero to 100km/h in 2.5 seconds and reaching 350km/h. Photo by Dominic Fraser, courtesy of Aston Martin Lagonda Global Holdings PLC.

With first deliveries expected in 2023, the dihedral-doored Valhalla is planned to also include a suite of driver assists such as active cruise control, blind-spot monitoring, forward collision warning and parking cameras. But it’s still a race car at heart, and is referred to by Tobias Moers in the announcement as “a pure driving machine—one which exists at the cutting-edge of performance and technology yet allows the driver to feel the emotion and thrill of complete connection and control.” 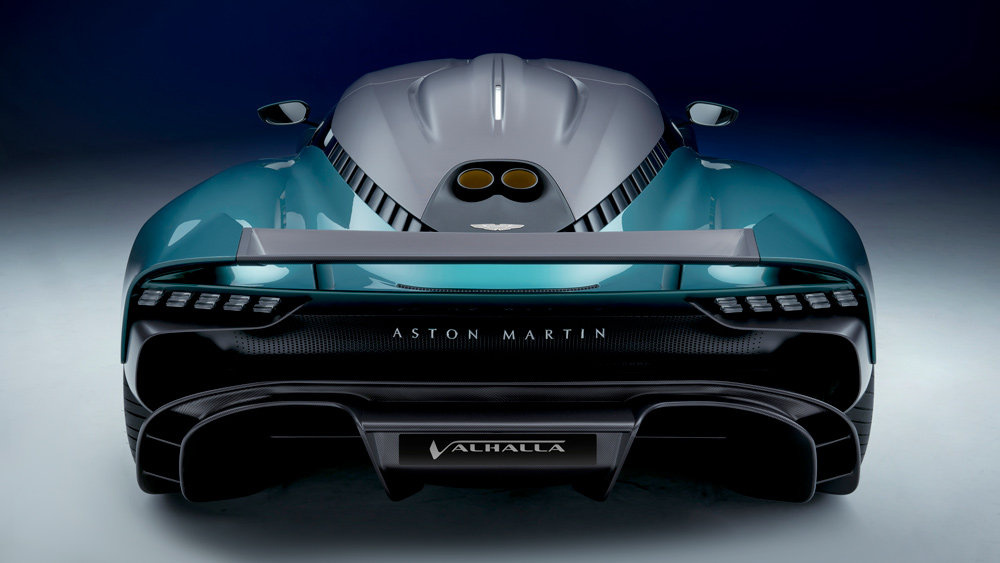 Deliveries of the Valhalla are scheduled to begin in 2023. Photo by Dominic Fraser, courtesy of Aston Martin Lagonda Global Holdings PLC.

Prepared to back up those words, Moers and his team have their sights set on the model completing a lap at Germany’s famed Nürburgring circuit in less than 6 minutes 30 seconds. Considering the current production-car lap record there is 6 minutes 43.3 seconds, achieving that goal may be just as mythical as the Valhalla’s namesake itself.