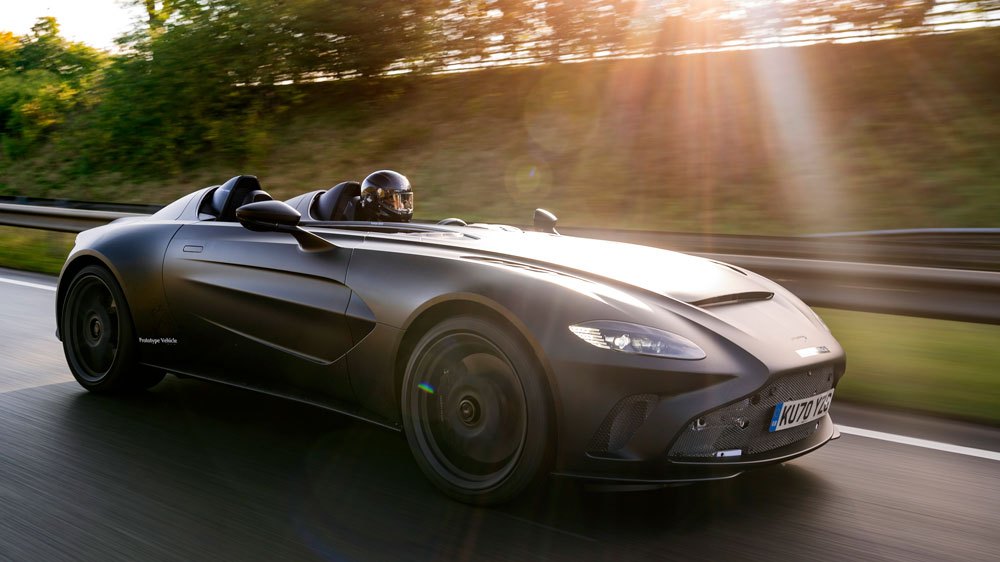 Aston Martin Shows Off Its New V12 Speedster In Action

The first working prototype of the roadster is seen tackling the track.

Much like a soon-to-be parent sharing sonograms and details before the due date, Aston Martin continues to keep us abreast on the progress of its latest bundle of automotive joy, the approx. $1,400,000 V12 Speedster.

In January, the British marque first mentioned the new two-seat roadster and shared only a few rough brushstrokes. Just two months later, a clear picture had taken shape with a fleshed-out version unveiled at Aston’s headquarters in Gaydon. And this morning, images have been released of the first working prototype actually making rounds on track—and that baby is a beauty. 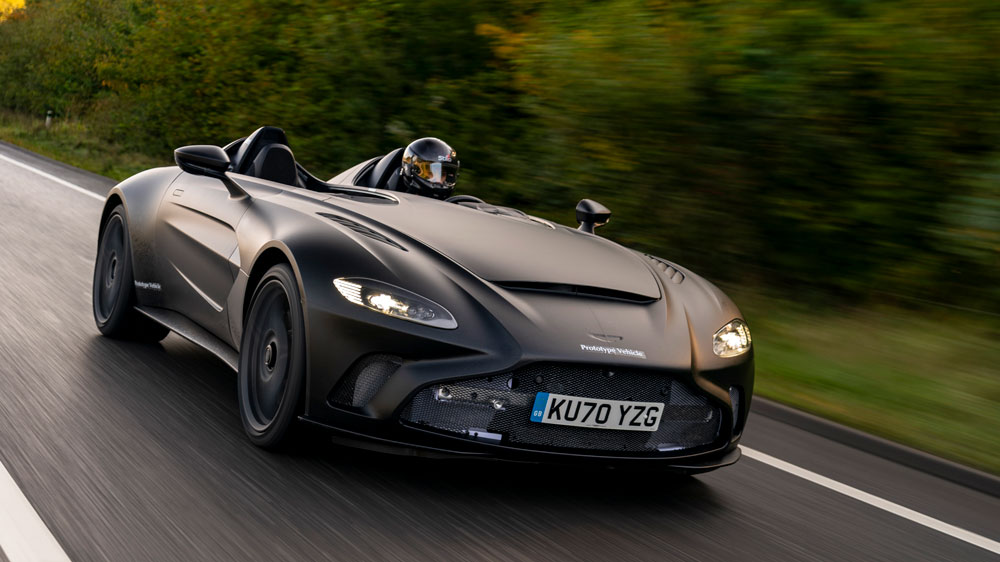 The prototype definitely shows off its racing DNA, which is to be expected since its pedigree includes the DB3S and DBR1. The former helped the automaker finish third overall in the World Sports Car Championship of 1953, the premiere season for the series. But it’s the 1959 DBR1 that the V12 Speedster most takes after, in both appearance and performance. Its famed predecessor was the vehicle that gave Aston the checkered flag at the 24 Hours of Le Mans in 1959, the first and last time for the marque to date. The V12 Speedster also pays homage to the CC100 Speedster Concept that celebrated Aston’s 100th anniversary. 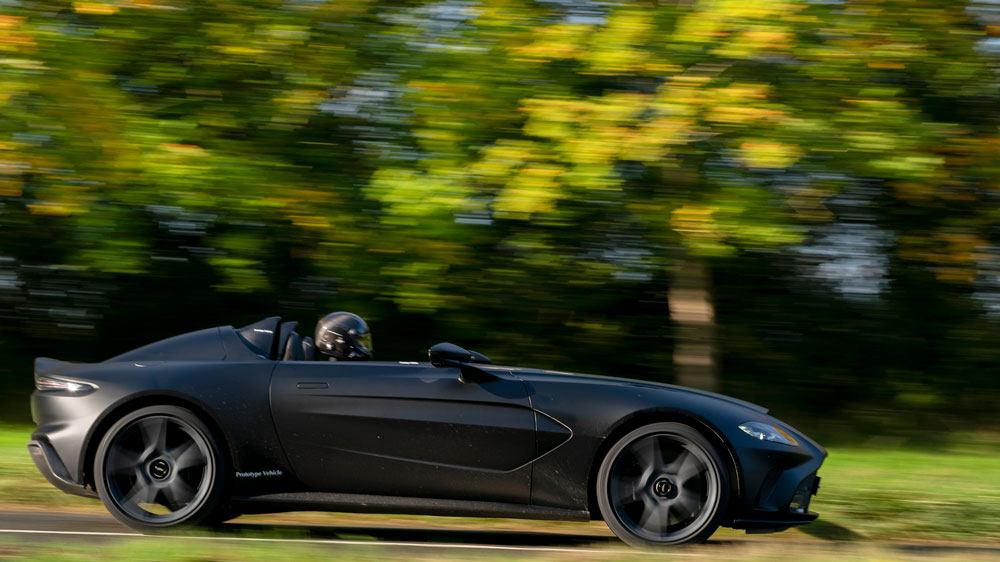 The 700 hp roadster will have its top speed limited at 300km/h. Photo by Max Earey, courtesy of Aston Martin Lagonda Global Holdings plc.

As reported on before, the front-mid-mounted heart of the new model is a 5.2-litre, twin-turbocharged 12-cylinder engine that makes 521kW and 752Nm of torque—a power plant mated to a ZF eight-speed automatic transmission. So how does that measure against the competition’s topless two-seaters? Well, Ferrari’s Monza SP2 is fit with a naturally aspirated V12 responsible for just shy of 596kW, and McLaren’s Elva carries a nearly 600kW, twin-turbocharged V-8. And while top speed among the three is advertised in the neighbourhood of 300km/h, both the Ferrari and McLaren tout zero to 100km/h times of less than three seconds while Aston is citing 3.5 seconds—good to know if they’re all competing for the same parking space. 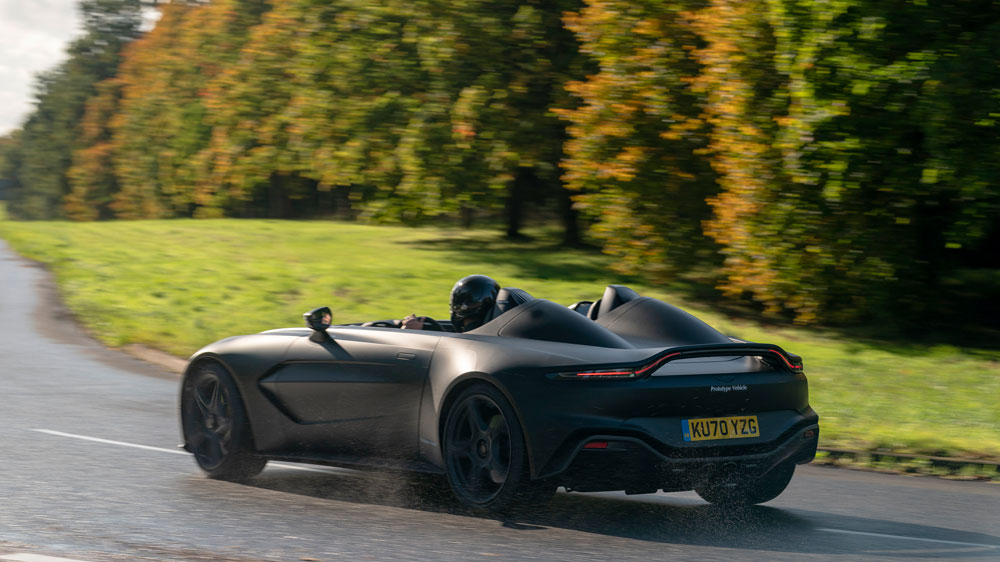 The V12 Speedster is only in the initial stages of dynamic testing, but this prototype sends a promising and timely message, especially as the last few months have been a bit tumultuous on the home front. In May, Dr Andy Palmer was replaced as Aston’s CEO by the former head of Mercedes-AMG, Tobias Moers. 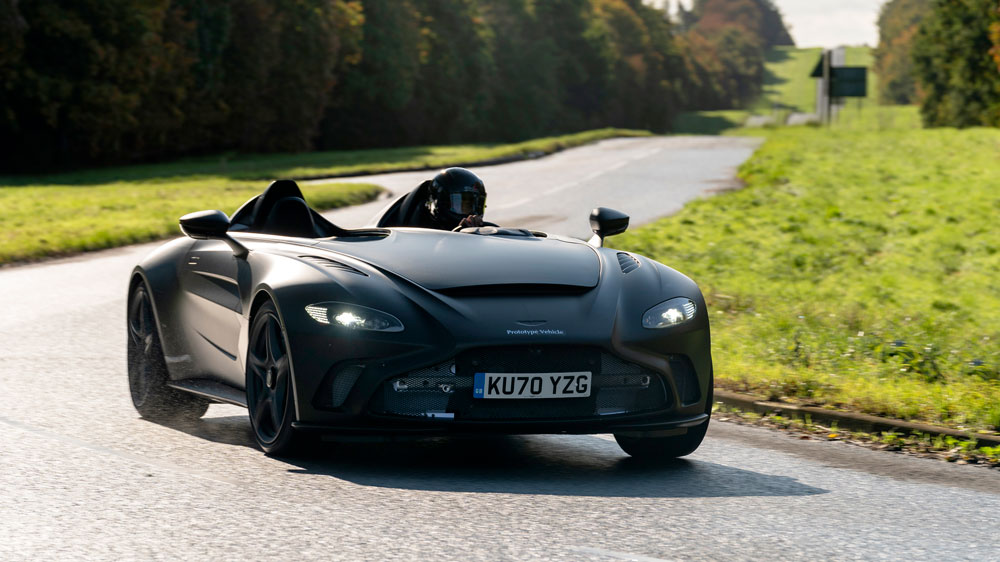 The V12 Speedster is only in the initial stages of dynamic testing. Photo by Max Earey, courtesy of Aston Martin Lagonda Global Holdings plc.

In the official news release, Aston Martin Lagonda’s executive chairman, Lawrence Stroll, stated: “The Board has determined that now is the time for new leadership to deliver our plans.” At least it appears that the V12 Speedster, of which only 88 examples will be made, is going to be one of those deliverables—a delightful new creation to ooh and aah over. Here’s hoping for no complications along the way, and a trouble-free delivery in the first quarter of 2021.