The Aston Martin Cognizant Formula 1 Team will drive the new AMR21 car during the marque’s inaugural season back in racing’s premier competition.

After more than a six-decade absence, Aston Martin is returning to Formula 1 racing. And based on the look of the marque’s new race car, it will do so in style.

On Wednesday, the British luxury automaker unveiled the AMR21 racer that the Aston Martin Cognizant Formula 1 Team will use to compete during its inaugural season back in racing’s premier competition. The high-tech speed machine is one of the most important vehicles in the automaker’s 108-year history and is scheduled to make its official competition debut at the Bahrain Grand Prix later this month. 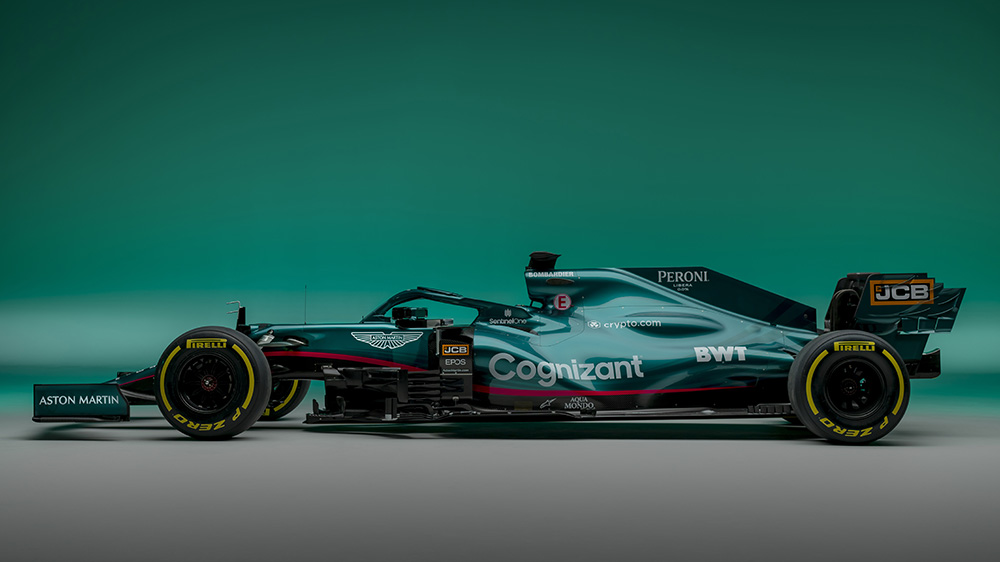 The AMR21 will be the first Formula 1 car to bear the famous wings since Maurice Trintignant’s DBR5 crossed the finish line at Silverstone in 1960. The cutting-edge racer will be piloted by four-time champion Sebastian Vettel and promising youngster Lance Stoll during the 2021 FIA Formula 1 World Championship season. It remains to be seen how the car will do—the team will be competing against Mercedes-AMG Petronas’s Lewis Hamilton, after all—but Aston Martin’s return to F1 competition is sure to make big splash regardless.

Strict build requirements ensure that all Formula 1 cars look nearly indistinguishable from one another, but Aston Martin Cognizant’s will be the only racer carrying a British Racing Green livery this season. Not only is the rich hue closely associated with the marque, but it also nods to the automaker’s proud racing tradition, in both Formula 1 and other competitions. Complementing this are the usual set of global partner logos—including Peroni and Crypto.com—as well as a flowing magenta stripe that runs along the side of the chassis and the bottom of the front wing. 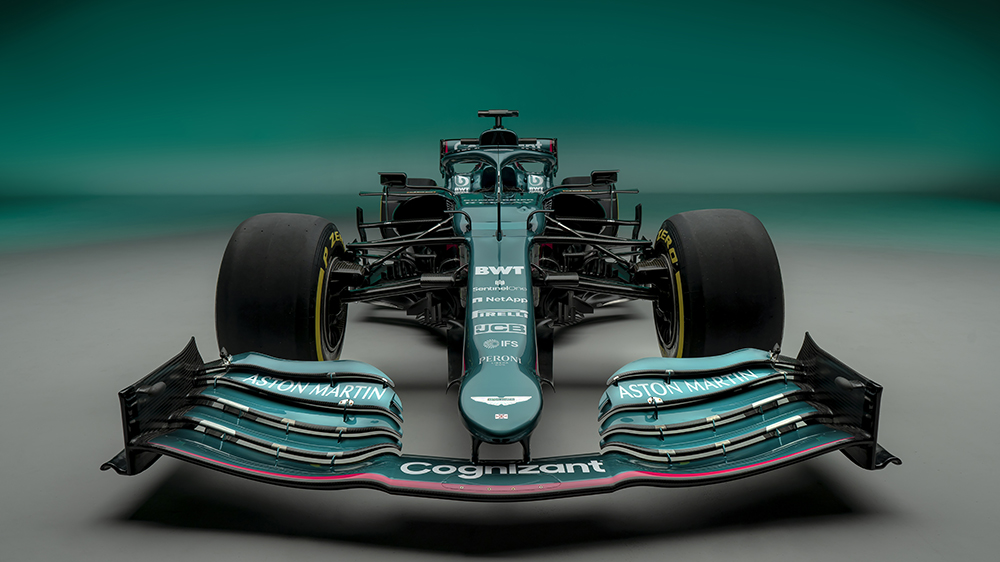 While Aston Martin would clearly like to take home a trophy or two, it also hopes that its racing team can act as a showcase for its engineering and performance capabilities. As a sign of its commitment to the competition, the marque plans to open up a new 18,500-square-metre facility to complement its existing Formula 1 factory in the second half of 2022.

“Today is a truly historic moment for Aston Martin, as we return to the pinnacle of motorsport for the first time in more than 60 years,” the marque’s CEO, Tobias Moers, said in a statement. “The Aston Martin Cognizant Formula 1 Team will have far-reaching positive effects on the Aston Martin brand, our culture, and the design and technology of Aston Martin road cars.” 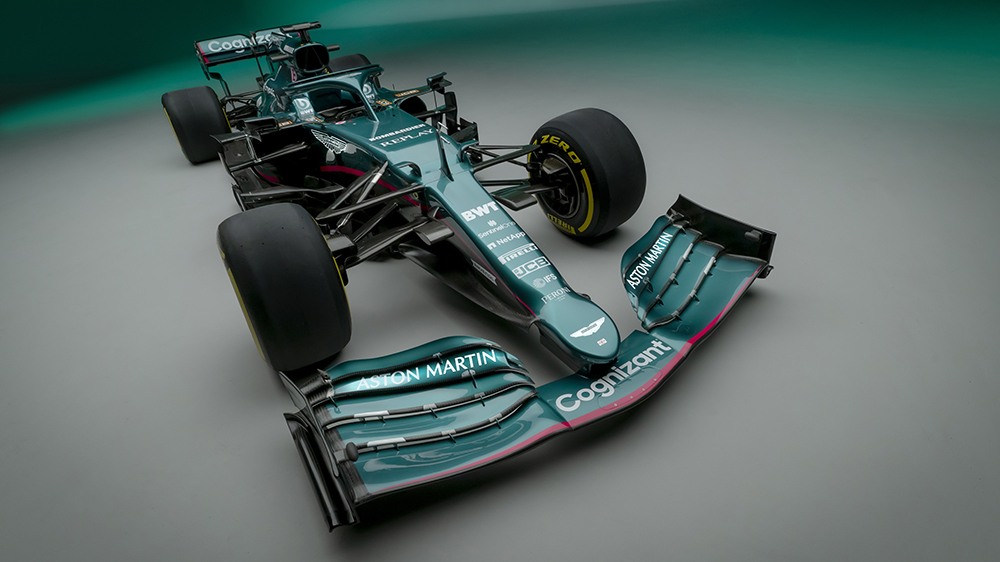 Aston Martin isn’t the only premium marque to have recently returned to a form of racing it had once left behind. Last week, Ferrari announced plans to return to the FIA World Endurance Championship after a 50-year absence. The Prancing Horse, which has won the 24 Hours of Le Mans nine times, hopes to be ready to compete in the iconic race in 2023.