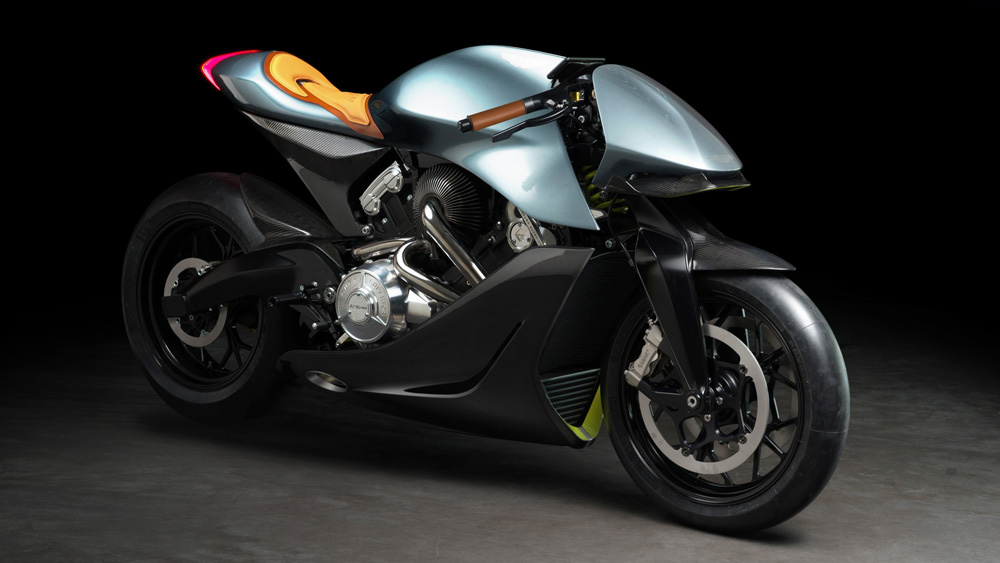 The AMB 001 is a collaboration between the marque and renowned bike-builder Brough Superior.

Between 1919 and 1940, British motorcycle company Brough Superior made what were arguably the world’s most coveted two-wheeled vehicles. The Motorcycle Newspaper called Brough “the Rolls-Royce of Motorcycles,” referring to performance and build quality that set benchmarks for the era, especially with their SS 80 and SS 100 models, iconic V-twins made famous by racers of the day and, especially, T.E. Lawrence (Lawrence of Arabia), who was killed while riding the seventh Brough he owned. The company was reborn in 2013 by motorcycle designer Thierry Henriette, and today produces a trio of twins in the spirit of George Brough’s original SS 100.

The company’s most recent design is the AMB 001, the first product in a new partnership with Aston Martin that combines Brough’s engineering with Aston’s design expertise to a track-only, limited-edition motorcycle. Only 100 examples will be produced, drawing on technical features and fabrication methods developed for the Aston Martin Valkyrie. The AMB 001 employs plenty of titanium and billet aluminium in the lightweight sportbike, and features a carbon-fibre body, finished in Aston Martin’s racing colours of Stirling Green and Lime Essence, with sinister matte black wheels. A handmade Oxford Tan leather saddle and handgrips remind owners that elegant design, natural materials and fine details need not go wanting on a track-only machine.

The handmade saddle and handgrips are covered in Oxford Tan leather. Photo: Courtesy of Aston Martin.

Air management plays a role in setting the AMB 001 up for speed, as evidenced by aerodynamic wings attached to the front cowl, referencing the signature S-Curve that dominates the front of Aston Martin road cars. Underneath the exquisite bodywork is a double-wishbone front fork mimicking the original parallelogram fork of the SS 100. Brough Superior’s V-twin engine makes visual references to its ancestral V-twin too, but is thoroughly modern and, turbocharged for the first time, develops 134kW, quickly motivating a machine that weighs just 180 kilograms.

About the new AMB 001, Aston Martin’s executive vice president and chief creative officer, Marek Reichman, said: “This is what we believe a cutting-edge motorcycle should be, and we are very proud to see the Aston Martin wings on a motorcycle for the first time. Unlike at other car companies, our designers have the full breadth of experience, and I think this is showcased in this aspirational bike.”