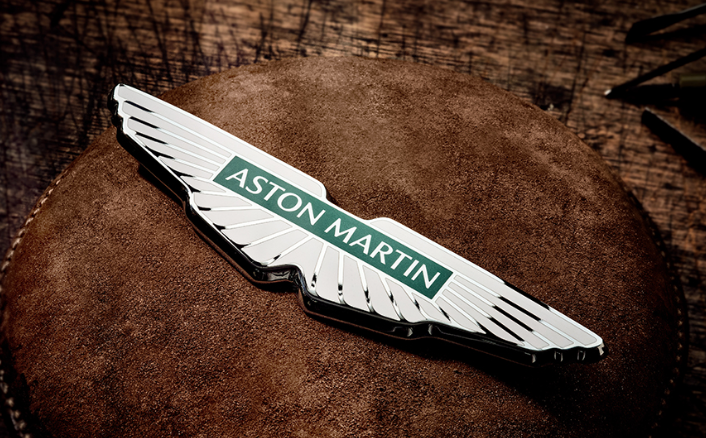 Aston Martin hope’s a little freshening up will help change its fortunes.

The storied British marque unveiled a new version of its winged logo on Wednesday. The automaker is also rolling out a new streamlined slogan it hopes will appeal to a new audience.

Aston Martin enlisted legendary art director and graphic designer Peter Saville—who’s responsible for some of the most iconic album covers of all time—to reimagine its logo for the first time since 2003. He looked to simplify the emblem, thickening the line work, getting rid of a u-shaped line that ran below the brand’s name and swapping out the font for one that’s more robust. Like BMW’s logo makeover from a couple of years back, the changes aren’t radical, but they make an already memorable design even sleeker. You won’t have to wait long to see it, either. The brand says it will make its debut on its Formula 1 cars at this weekend’s French Grand Prix. It will also adorn the company’s next generation of sports cars.

“The Aston Martin wings update is a classic example of the necessary evolution of logotypes of provenance,” Saville said in a statement. “Subtle but necessary enhancements not only keep forms fresh, but allow for new technologies, situations and applications to be accommodated in the future. The process was one of clarifying and emphasizing the key feature of the Aston Martin marque.”

Aston Martin’s logo isn’t the only aspect of the brand’s identity that it’s trying to simplify. It has also launched a new motto: “Intensity. Driven.” The marque hopes that the direct, two-word tagline will help it attract a new and younger audience while remaining true to its core values.

A new logo and slogan aren’t the only changes in store for Aston Martin. The company also announced a new reinvestment plan late last week, according to Autocar. The automaker’s executive chairman, Lawrence Stroll, says the marque hopes to raise $1.135 billion to help pay off its debt—which was reportedly listed at $1.66 billion as recently as March—and develop new models. The Saudi Public Investment Fund, which is purchasing a 16.7 per cent stake in the company, Stroll’s Yew Tree investment group and Mercedes-Benz are expected to inject over $580 million into the automaker, while the rest will be raised from a stock offering.