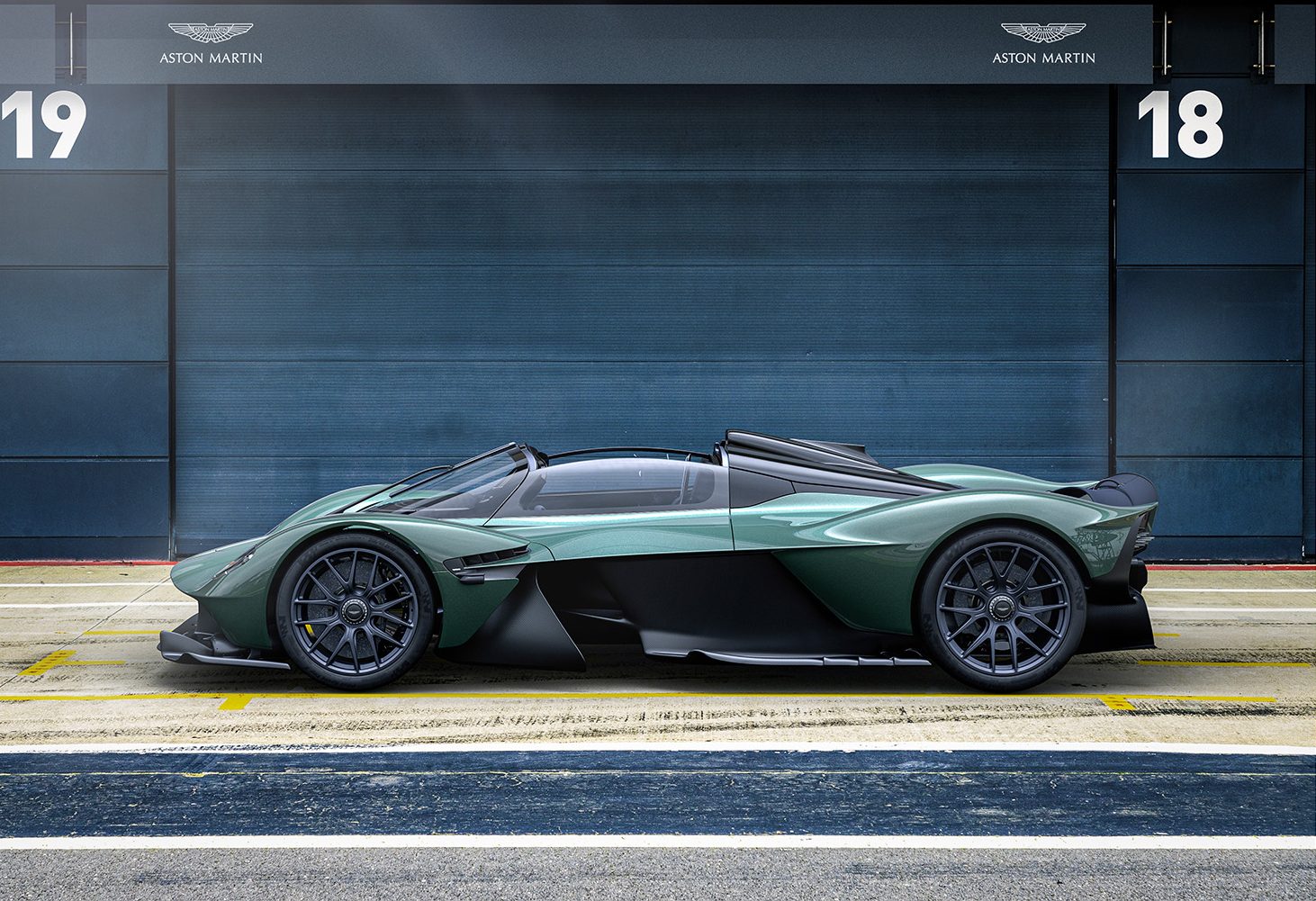 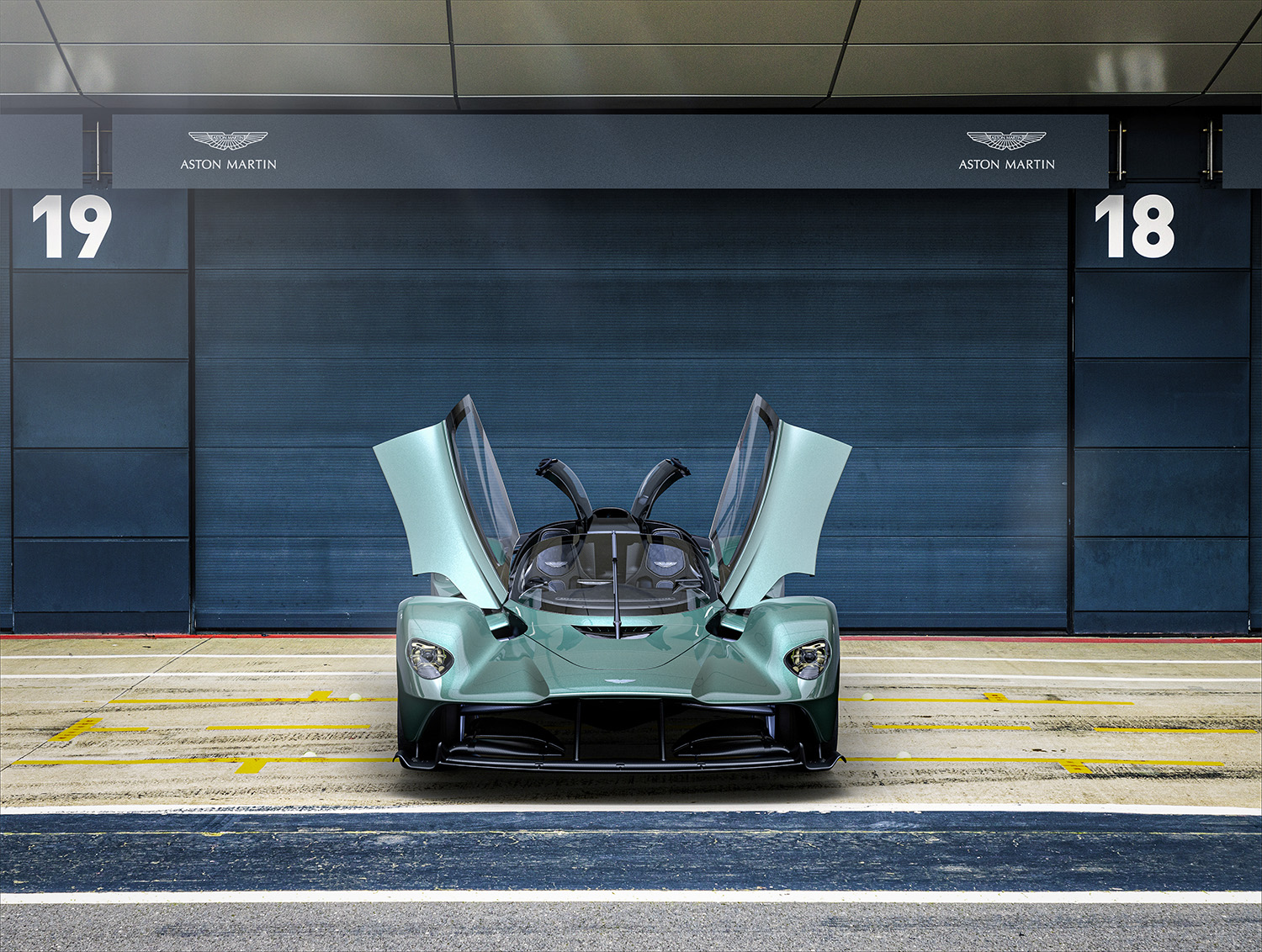 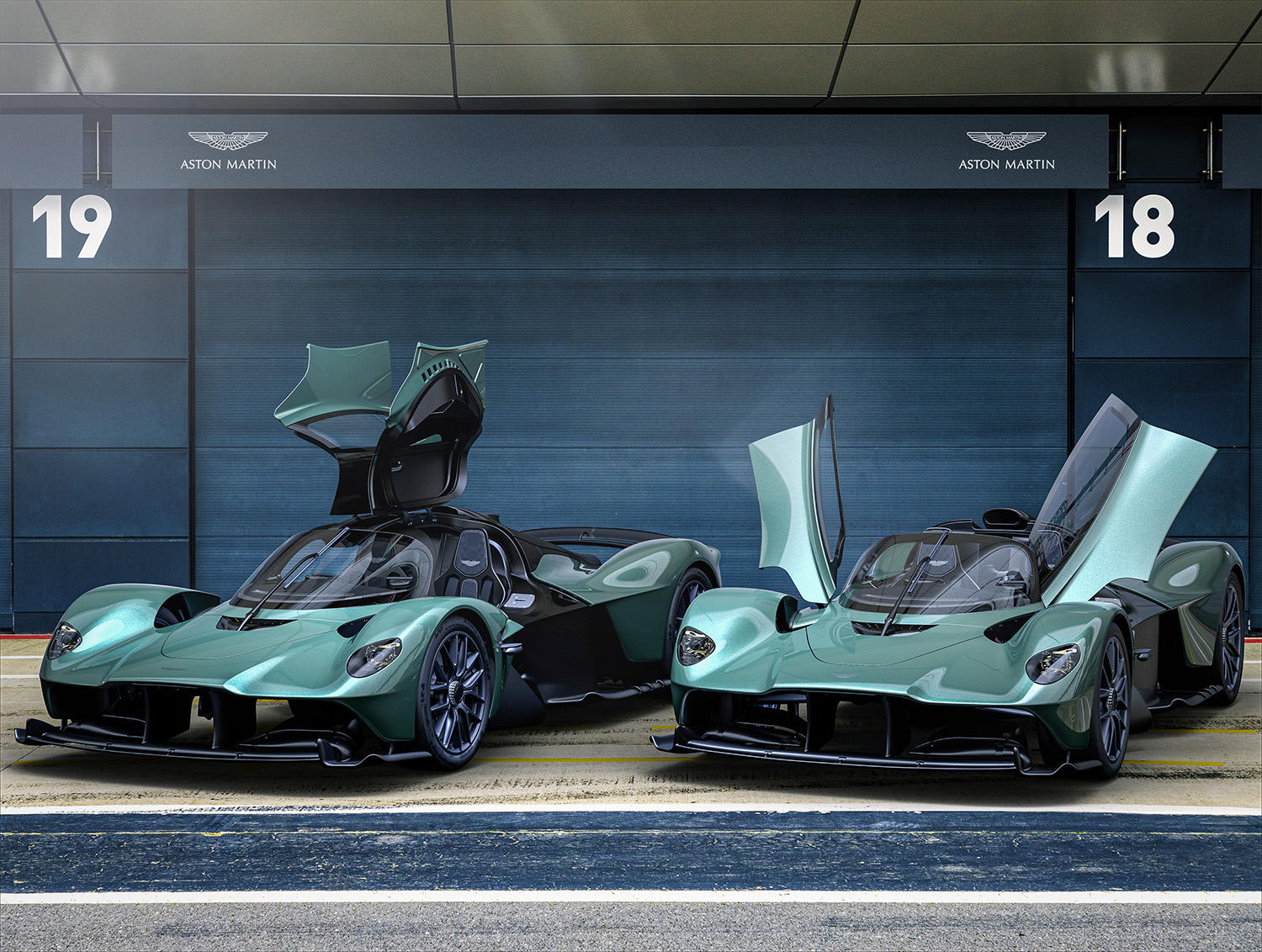 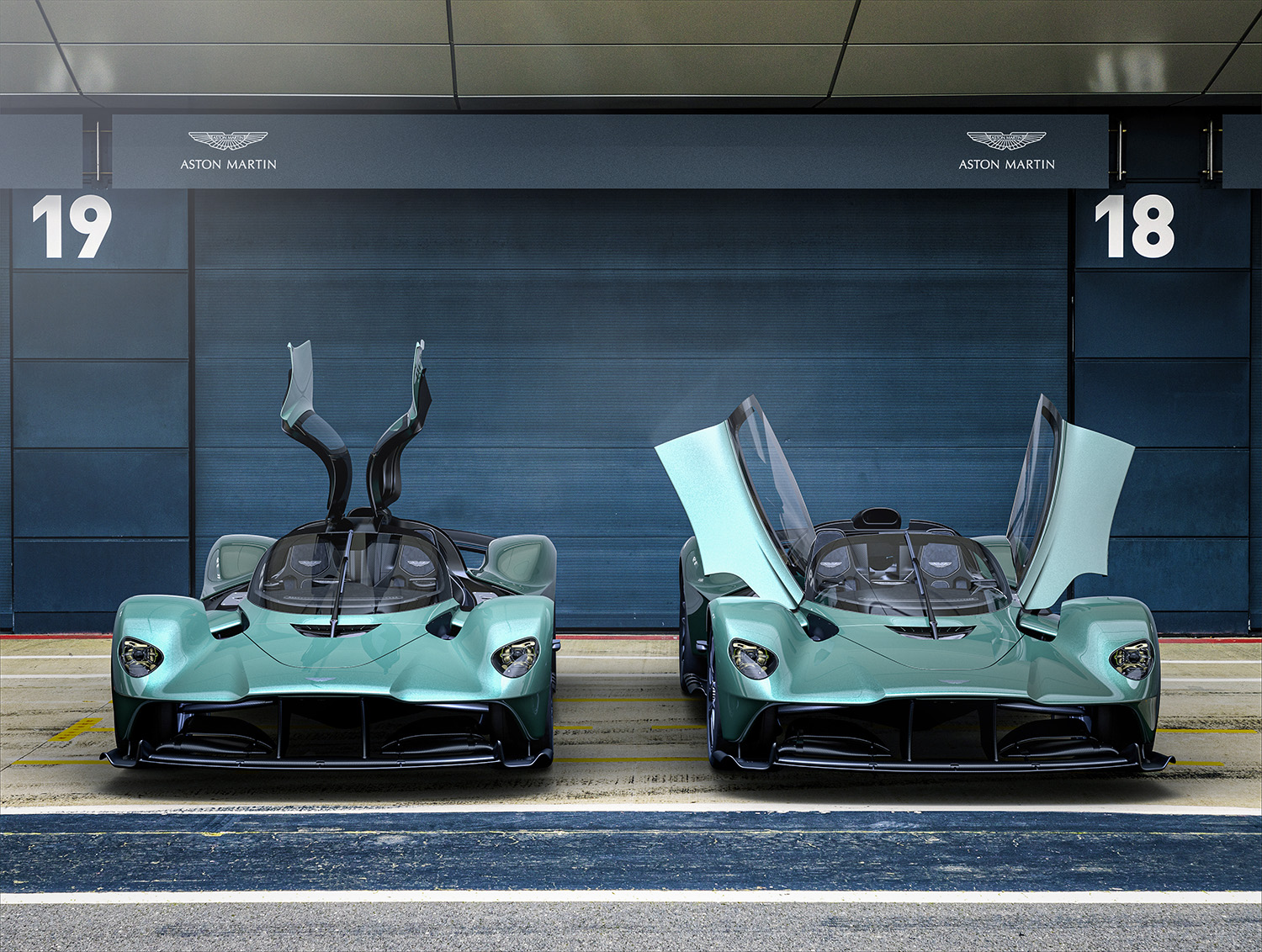 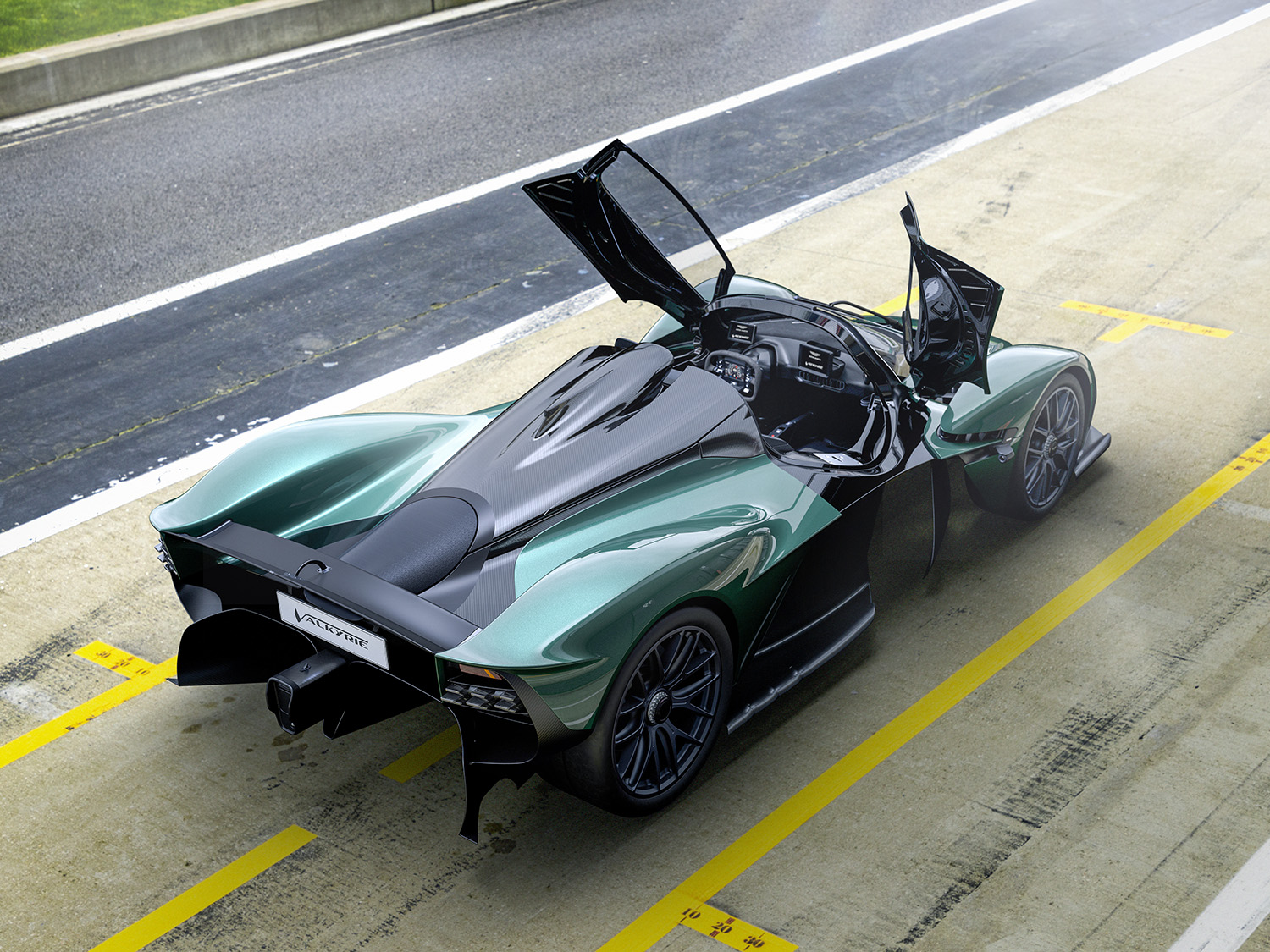 Aston Martin has lifted the lid on its all-new Valkyrie Spider at Monterey Car Week.

The new convertible required more than the subtraction of the roof – structural changes needed to replace the roadsters gullwing style doors. Now, the British marque’s latest sees a removable hardtop – made of carbon fibre – and engineered butterfly doors.

Now, one can feel the wind-in-hair experience combined with the Formula 1-inspired dynamics the Valkyrie is privy to, with 865kW of power and 900Nm of torque coming from the Cosworth V12 hybrid drivetrain.

That’s enough to send the spider to a top speed of 330km/h without the roof, and 350km/h with it installed at a similar clip of 0-100km/h in 2.5 seconds claimed by the roadster.

Key to the Valkyrie being able to maintain ‘Formula-1’ performance at high speeds is its aerodynamic capability and lightweight construction.

While Aston Martin hasn’t disclosed the weight, it’s safe to assume it’s a touch over the 1100kg of the roadster. That weight is little in comparison to the 1400kg of downforce produced at 240km/h in the Valkyrie Spider, thanks to the contouring design and full-length Venturi tunnels that run either side of the cockpit floor drawing in huge quantities of air.

Inside, the Valkyrie Spider keeps its F1-inspired driving position and six-point racing harnesses for passengers.

With just 85 models expected to be made of the 2023 hypercar, it’s unlikely one will be seen on local roads due to Australian compliance rules. However, if one wanted a Valkyrie Spider for the track, it would be priced around the $4.5 million range.