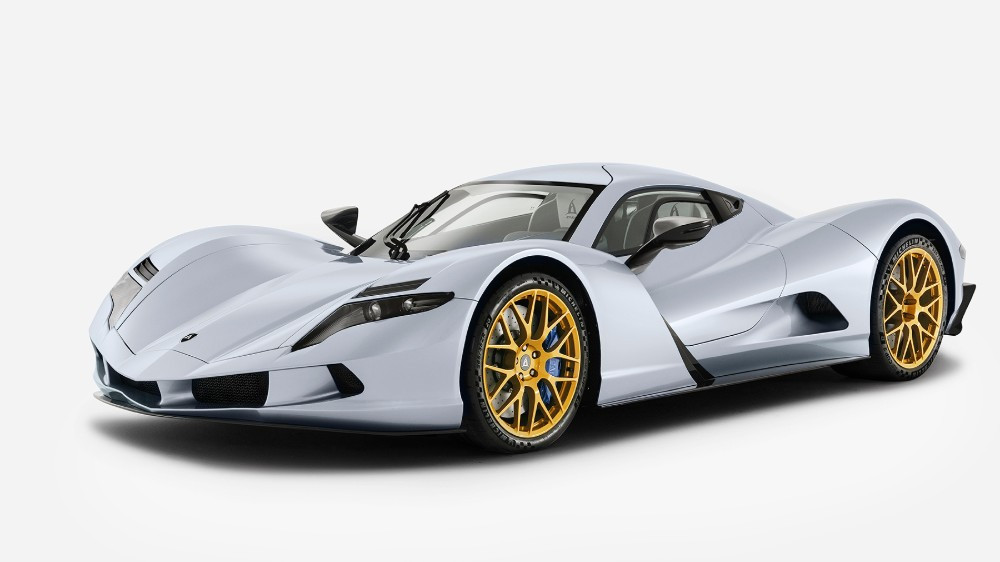 Zero emissions and performance do not have to be mutually exclusive. One need look no further than to the ongoing war-of-claims between Porsche and Tesla for proof that electric cars can be fun too. But Aspark’s Owl, which the Japanese automaker claims can go from 0-to-100km/h in an alleged world-record 1.69 seconds, takes things up a notch or three.

Aspark unveiled a finished version of its all-electric hypercar on last Tuesday, and the car seems to have only grown more outlandish during the prototype-to-production stage of development. While the Owl still boasts the same over-the-top aesthetic and head-turning acceleration numbers that were first teased back in 2017, its powertrain is almost twice as powerful as what was originally promised.

Aspark made several tweaks to the car since it was first shown off as a concept, but the Owl’s drivetrain has undergone the biggest evolution. The car’s blistering acceleration time comes courtesy of four electric motors that combine to produce a mind-boggling 1985hp (1480kW) and 2000Nm of torque, according to a press release. That is a significant increase over the 850kW and 883Nm of torque figures that were first quoted two years ago. The company also claims the car is capable of reaching a top speed of 400 kilometres per hour.

The Owl’s four-motor set-up gets its power from a 64-kWh lithium-ion battery pack that comes with a unique battery monitoring system to keep it under automatic control. The battery, which can be charged in just 80 minutes, gives the care an impressive driving range of 450 kilometres.

Beyond the powertrain changes, the Owl’s low-profile, McLaren F1-esque design has been refined to give it a more “feminine” appearance, according to Aspark. Its all-carbon body and carbon fibre monocoque means it tips the scales at 1860kg, which is relatively light for an EV, especially one this powerful. The company hasn’t yet offered up a peek at the interior, but it will include four monitors, two of which will act as rear-view monitors. The car also features a double-wishbone suspension, height-adjustable hydraulic dampers and carbon-ceramic brakes.

The Owl is Japan’s first electric hypercar, with production limited to 50 units.  So, even with a sticker price of $4.6 million, you can expect demand—and competition—for the car to be high.  Aspark expects to start shipping the vehicle during the second quarter of next year. Check out more photos of the Owl below: