The futuristic speed machine is the production version of the C_Two concept vehicle.

If you ever doubted the viability of all-electric hypercars, Rimac wants to give you a little certitude.

On Tuesday, the Croatian automaker finally unveiled the renamed production version of its buzzy C_Two concept, the Nevera. Named after a quick and unexpected type of Mediterranean storm, the high-tech speed machine may just change the way we think about EVs and what they can do.

That’s because the Nevera’s all-electric drivetrain is as just capable as the brawniest V12, maybe even more so. The car’s setup includes a 120-kWh battery, a single-speed gearbox and four surface-mounted permanent magnet motors, one on each wheel, that combine to produce a staggering 1427kW and 2359Nm of torque. That’s three times as powerful as a “conventional-engined” supercar, according to the marque. 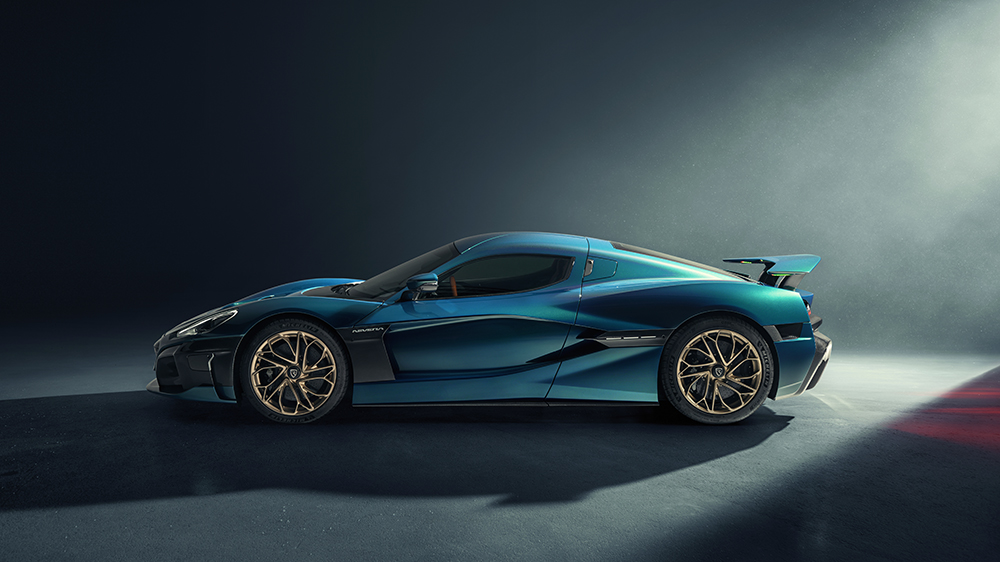 Thanks to this, the car can jet to 100km/h in 1.97 seconds, to 160km/h in 4.3 seconds and to 300km/h in 11.6 seconds. It’ll also be able to cover a 400-metres in 8.6 seconds, which the brand claims is a record for a supercar, and reach a top speed over 400km/h. Those figures would easily make it one of the fastest production vehicles of all time, but it should be noted that the brand says they were achieved on a high-friction surface with a one-foot rollout, according to Motor1.com. That means you might not be able to replicate them on your next track day, but you should come pretty close. 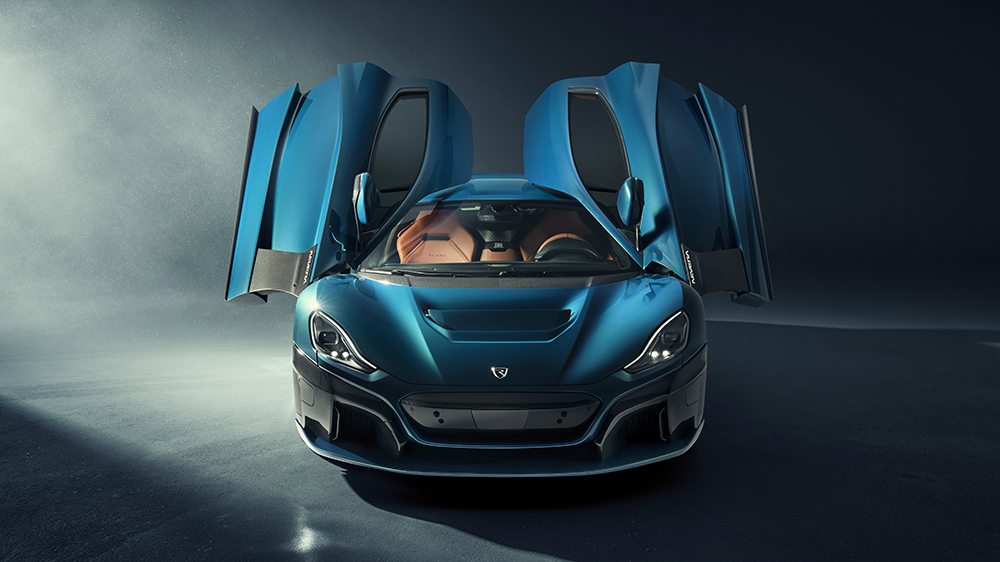 As for range, Rimac says it expects the car will be able to drive 547km on a single charge, based on the WLTP testing standard. That would be remarkable, especially for a performance car with this level of power. But it’s hard to imagine the car will actually come close to that figure, especially if you’re putting its quad-motor powertrain to the test. When the Nevera is low on juice, though, charging should be quick. The marque says the liquid-cooled, lithium-manganese-nickel battery pack can go from zero to 80-percent capacity in just 19 minutes when using a DC fast charger. No word yet on how long it will take to charge it using a regular charger.

Other noteworthy features include what the brand is calling the world’s “most advanced carbon-fibre monocoque.” Weighing in at just over 440 pounds, it’s the largest single piece of carbon fiber ever used in the car and will help reduce weight (which will still be substantial) while increasing structural rigidity. There’s also an all-new All-Wheel Torque Vectoring 2 system in place of the traditional electronic stability program and traction control system. It will optimize handling by calibrating the torque delivered to each wheel. Finally, to help bring the Nevera to a stop, Rimac has developed a regenerative braking system that consists of a electro-hydraulic booster, a pedal feel simulator, carbon-ceramic Brembo rotors and six-piston calipers. 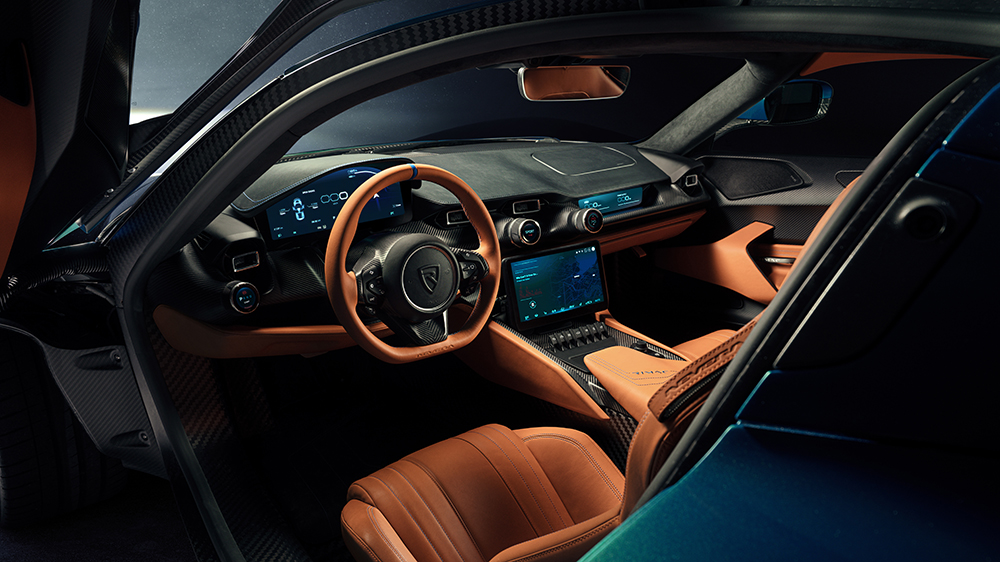 Inside the Rimac Nevera Rimac

The Nevera doesn’t look radically different from the C_Two concept, but has been revised in small ways to maximize aerodynamic performance. With flowing lines and a large rear wing, the car still looks like a fairly standard supercar even if it is sleeker than before. Thanks to the subtle modifications the car is 34 percent more aerodynamic than before, and cooling to both the powertrain and brakes has been increased. One thing that has remained thankfully unchanged: the vehicle’s striking butterfly doors.

Inside the car, carbon fibre and leather abound, as well as six different digital screens. There are the standard instrument panel and large centre infotainment screen and four configurable screens designed to improve the driving experience and rid the vehicle of needless toggles and switches. Two additional screens tucked into the driver’s cockpit will allow you to monitor every aspect of the car and drive with a simple tap of the finger. Meanwhile, from the infotainment screen you’ll be able to access Rimac’s first-of-its-kind AI Drivers coach, which utilises 12 ultrasonic sensors, 13 cameras and six radars. The futuristic feature, which will be available next year via an over-the-air update, will evaluate your driving to help maximize performance. 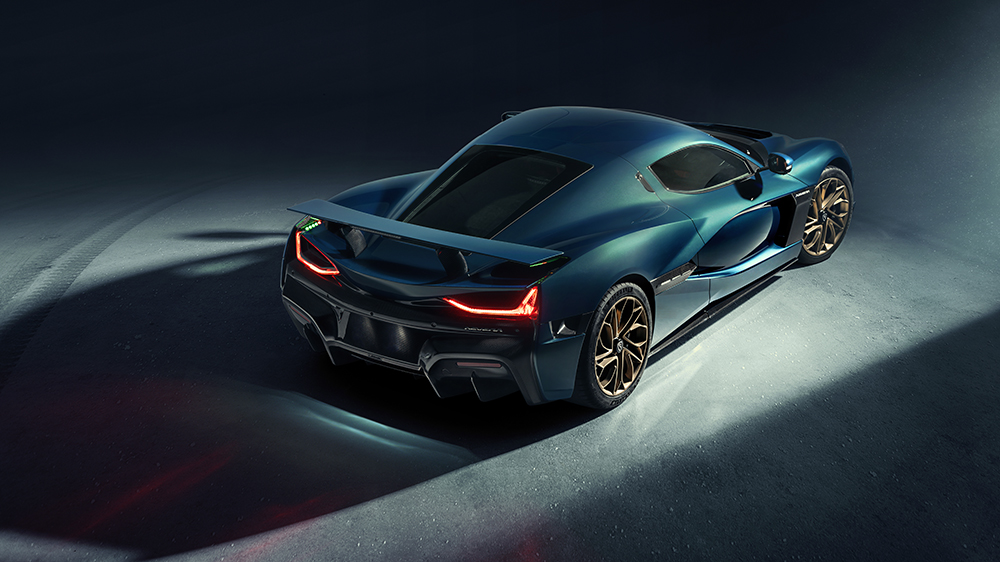 “This is the car I had in mind when I embarked on the ‘impossible’ journey 10 years ago,” the marque’s founder, Mate Rimac, said in a statement. “All our hard work has resulted in the Nevera—our record-breaking hypercar. This car was born to outperform, and to raise the bar, redefining the norm for performance cars. And not only in performance—but as an all-around package.”

Rimac plans to build 150 Neveras, the first of which will be delivered later this year. The brand says there are still some slots available in the production run. Unsurprisingly, the car doesn’t come cheap, with the price reported at approx. $3 million. rimac-automobili.com