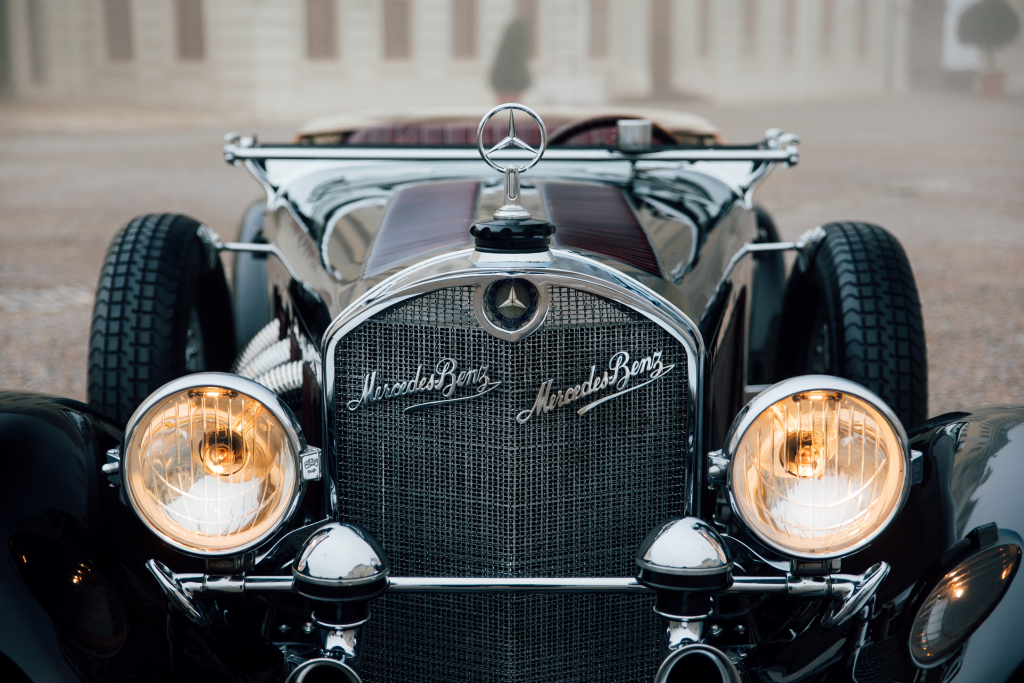 A Rare Mercedes-Benz Could Fetch $13.6 Million At Auction

Along with the classic Mercedes, an Alfa Romeo and Jaguar are also expected to sell for seven figures at Artcurial’s 2020 Rétromobile sale.

Artcurial’s 2020 Rétromobile auction, taking place February 7 in Paris, features a stellar slate of 157 automobiles. Highlights include a 1929 Mercedes-Benz 710 SS 27/140/200hp Sport Tourer attributed to Fernandez & Darrin, estimated at $9.8 million to $13.6 million. It appears to have been sent to France after Mercedes-Benz showed it in its booth at the 1930 New York National Automobile Show.

The graceful fenders arching over the wheels point to the handiwork of Howard “Dutch” Darrin, an important American coachbuilder who was based in Paris in the early 1930s. “The wings [fenders] are very special, and the general line of the car is very Darrin,” says Matthieu Lamoure, managing director of Artcurial’s motorcar department. “It’s typical of his designs.” Huge, aerodynamic, and swift, with a top speed of about 200 kilometres per hour, the 1929 Mercedes-Benz retains its original body and engine, and has never sold at auction before.

This example has never been presented at an auction before. Photo by Peter Singhof, courtesy of Artcurial.

Other treasures include a 1938 Alfa Romeo 6C 2300 B Lungo Cabriolet by Worblaufen, which carries an estimate of $1.9 million to $2.8 million. Documentation and condition matter with prewar automobiles, and this one delivers on both points. Records survive that describe the prehistory of this car—correspondence between Fritz Ramseier of Worblaufen, a Swiss coachbuilder, and his client show them negotiating the Alfa Romeo into existence.

The 1938 Alfa Romeo 6C 2300 B Lungo Cabriolet by Worblaufen on offer. Photo: Courtesy of Artcurial.

As for condition, it is original down to its leather interior, which Artcurial motoring department’s deputy director, Pierre Novikoff, likens to that of a vintage Hermès bag: “A very soft leather, very well-patinated.” Thanks to a chain of four exceptionally careful owners, the aluminium-bodied automobile glided through eight decades of existence before making its auction debut with Artcurial.

If you prefer something made closer to the end of the last century, consider the 1993 Jaguar XJ220 C Le Mans, estimated at $1.4 million to $2 million. It represents a collector’s ideal.

The cockpit of the 1993 Jaguar XJ220 C Le Mans, a car that will be available through the Rétromobile auction this week. Photo: Courtesy of Artcurial.

The machine competed in the punishing 24 Hours of Le Mans endurance race twice, in 1993 and 1995 and, while mechanical problems prevented it from crossing the finish line both times, it didn’t suffer any accidents. It’s therefore a genuine Le Mans–raced machine that is largely original.