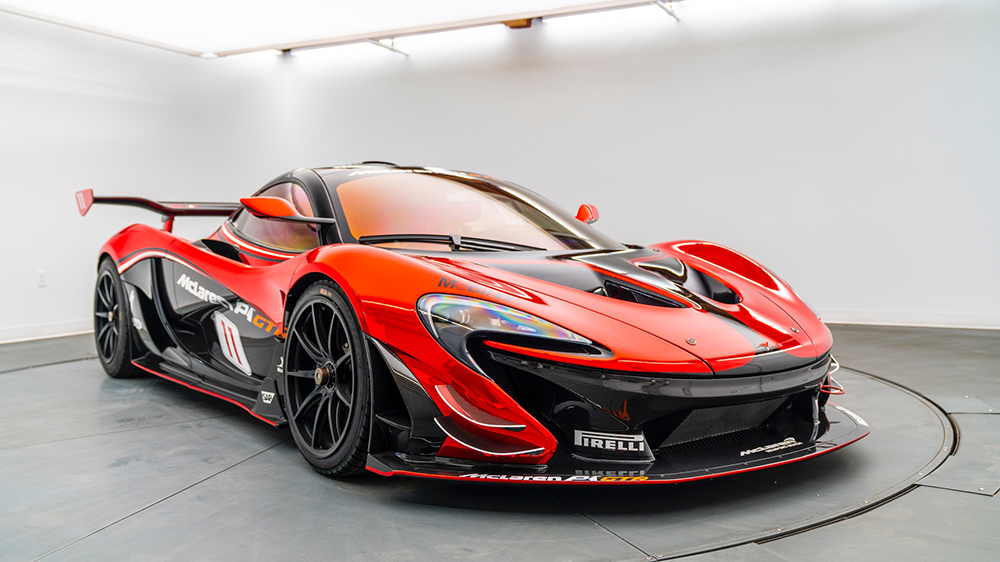 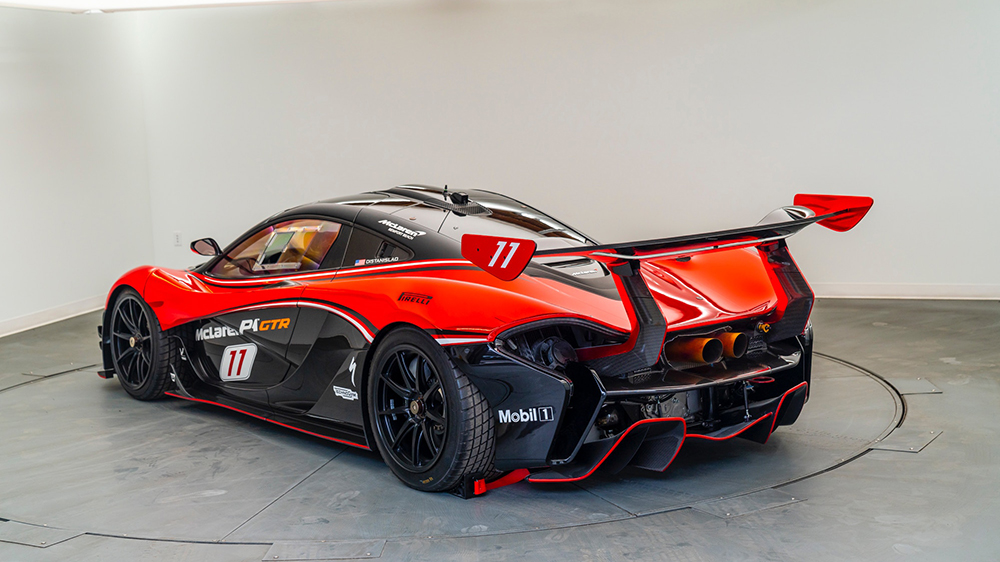 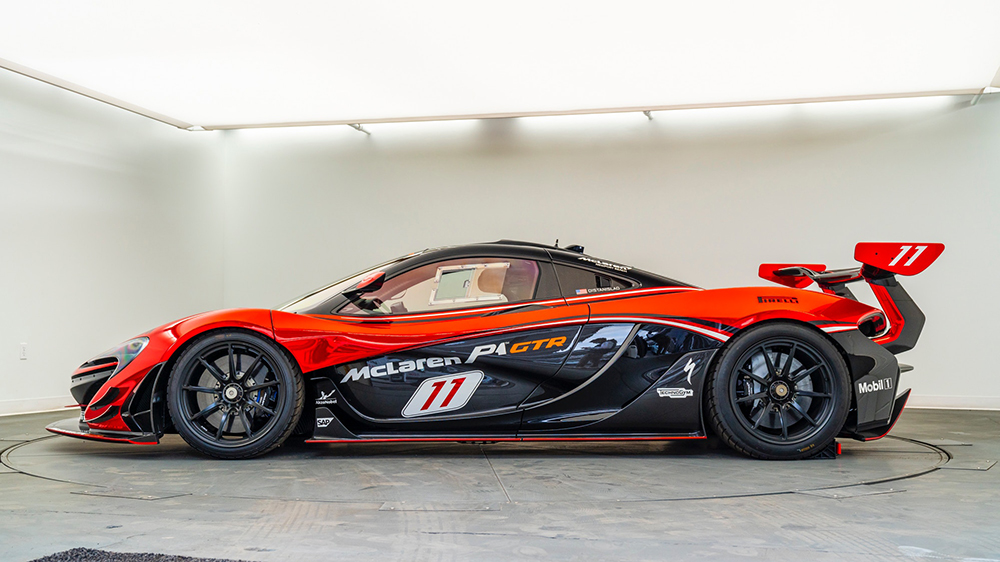 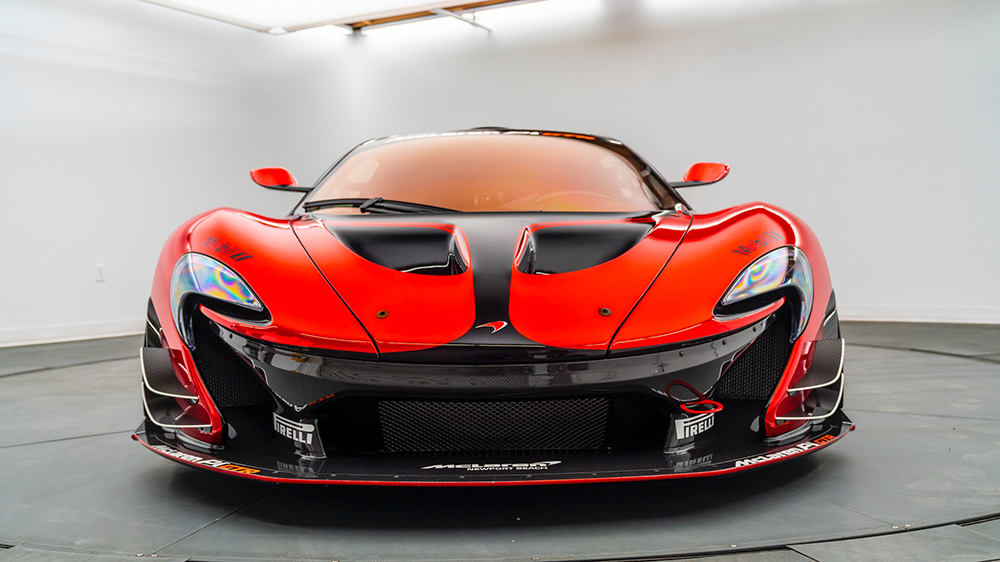 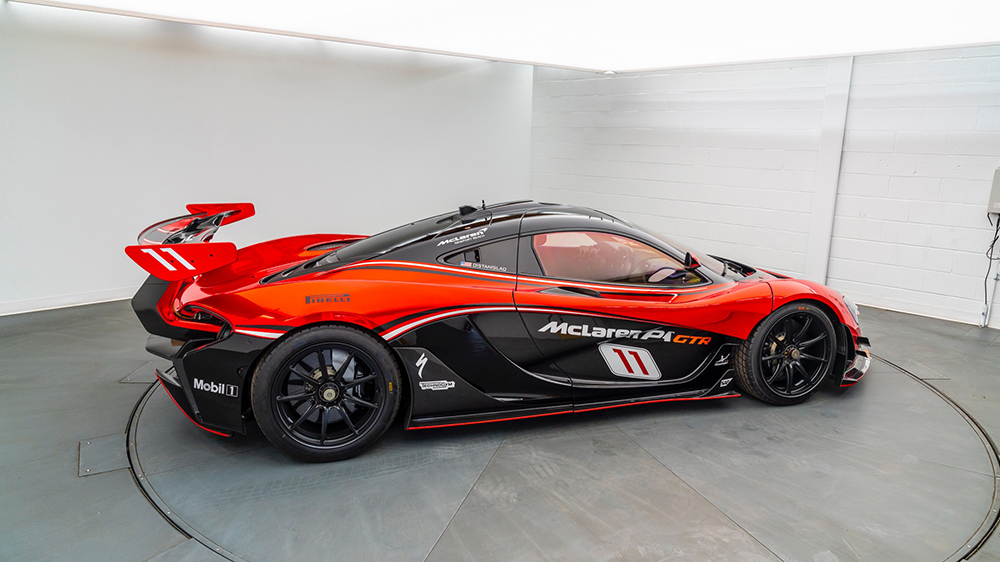 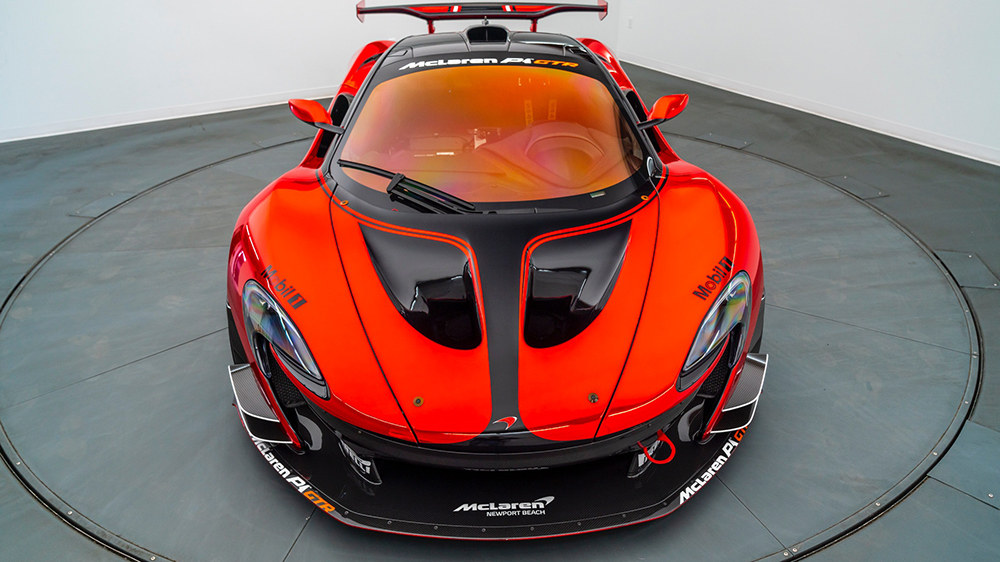 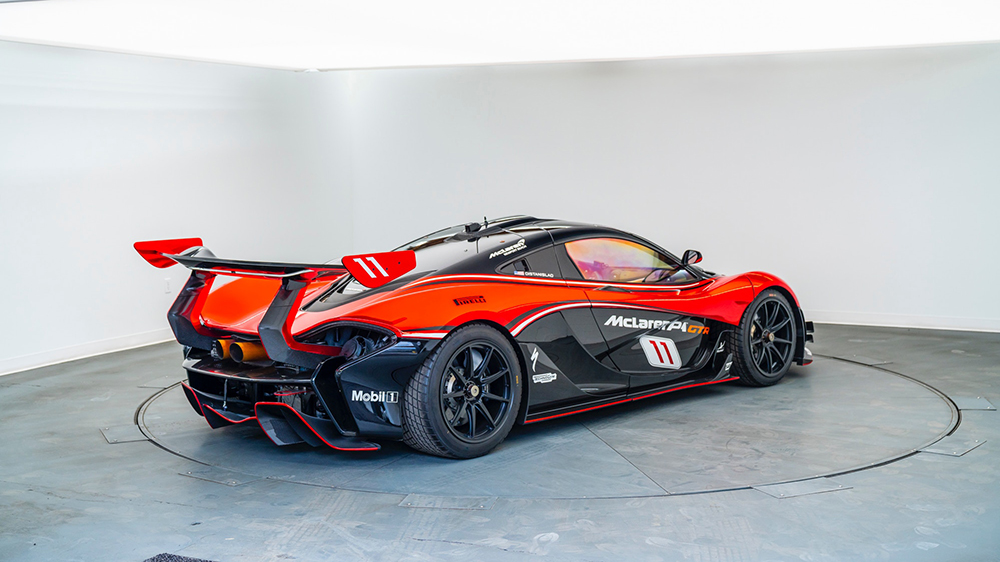 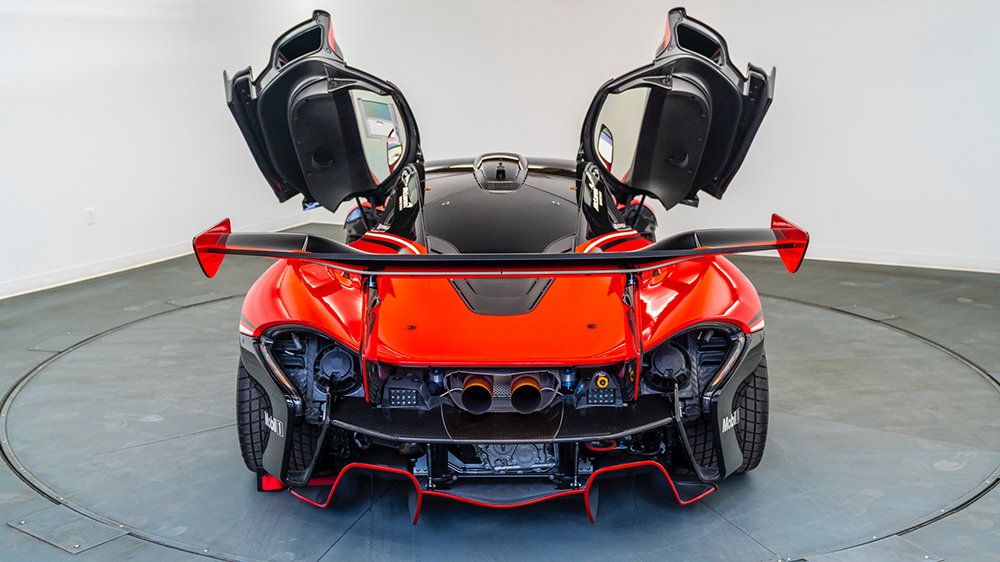 A Rare McLaren Hybrid Hypercar Is Up for Auction

It features a design inspired by the marque’s 1995 win at the 24 Hours of Le Mans.

Just because a car is built for the track doesn’t mean it’s not deserving of a spot in your garage. Case in point: this McLaren P1 GTR, which has just been listed for auction.

One of only 58 built, the svelte four-wheeler was designed in honour of the marque’s incredible victory at the 24 Hours of Le Mans back in 1995. First unveiled in 2013, the P1 was the world’s first hybrid hypercar and remains a stellar example of McLaren’s racing prowess.

Designed by Frank Stephenson, the P1 is lighter and more powerful than its road-ready twin. It features a sleek, aerodynamic body with a drag-reducing rear wing and “push to pass” energy recovery system. Tipping the scales at a remarkable 3,280 lbs., the car has a remarkable power-to-weight ratio that allows it to reach blistering speeds. It’s also equipped with a special race-prepared suspension, 19-inch centre-lock alloy wheels and flashy carbon-fibre accents. 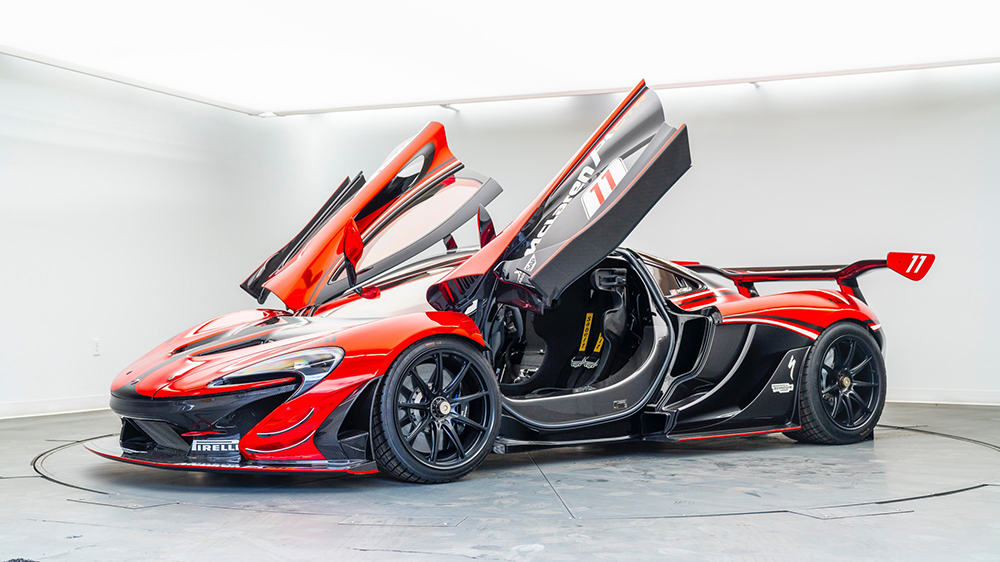 Under the hood lies a twin-turbocharged 3.8 litre V-8 and an electric motor that together produce a hardcore 735kW. The P1 is capable of soaring from zero to 97km/h in less than 2.8 seconds on its way to a top speed of 350km/h.

This particular model is finished in carbon black and sports a bespoke MSO red chrome livery designed by Stephenson. It is presented in pristine condition with just 128 miles on the dial. In fact, the auctioneers at Collecting Cars say it’s never been driven on the track.

Inside, meanwhile, the Alcantra-clad interior comes fitted with a bucket seat, racing harness, carbon-fibre steering wheel and a digital dashboard. There’s also an emergency kill switch, high-tech cameras and a fire suppression system because, hey, who knows what antics you’ll get up to on the track. 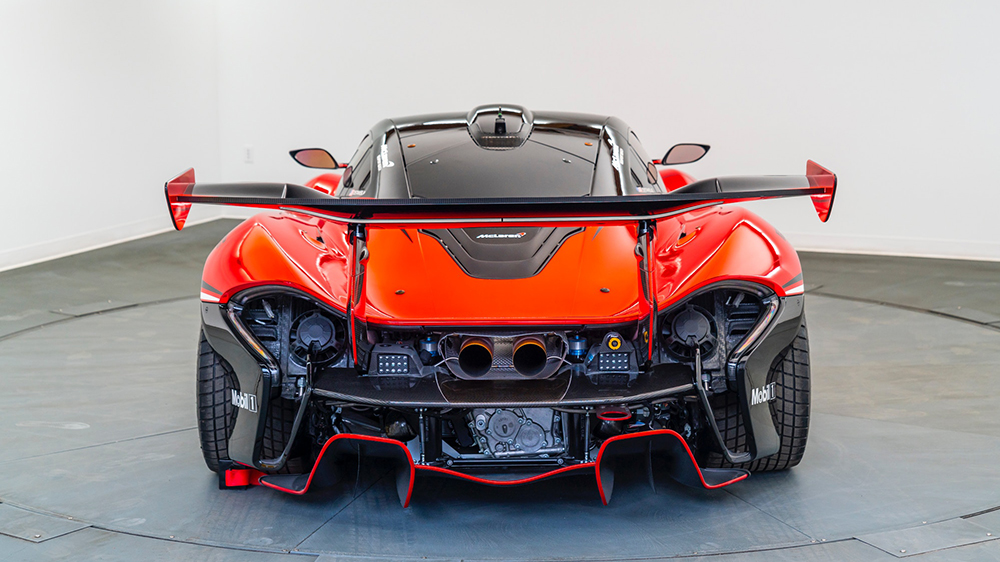 The hypercar can reach 350 at full tilt. Collecting Cars

The hybrid was around $1.56 million new.