Despite the lack of GP, the Prancing Horse still found reason to celebrate in Australia.

Ferrari knows a thing or two about unveiling a car, and while we didn’t manage a glimpse of their new SF1000 Formula 1 car lapping Albert Park last week, we did get up close and personal with the marque’s accessible new F8 Spider.

The Ferrari F8 Spider made its Australasian debut at Melbourne’s URBNSurf in solid company – with Scuderia Ferrari Team Principal Mattia Binotto in attendance and F1 driver Charles Leclerc behind the wheel of the newcomer.

“This vehicle pays homage to our history and brings the exhilarating performance of the best 8-cylinder in the world to all drivers, with unprecedented handling and superior ride comfort,” chimed Dieter Knechtel, President of Ferrari Far East and Middle East. 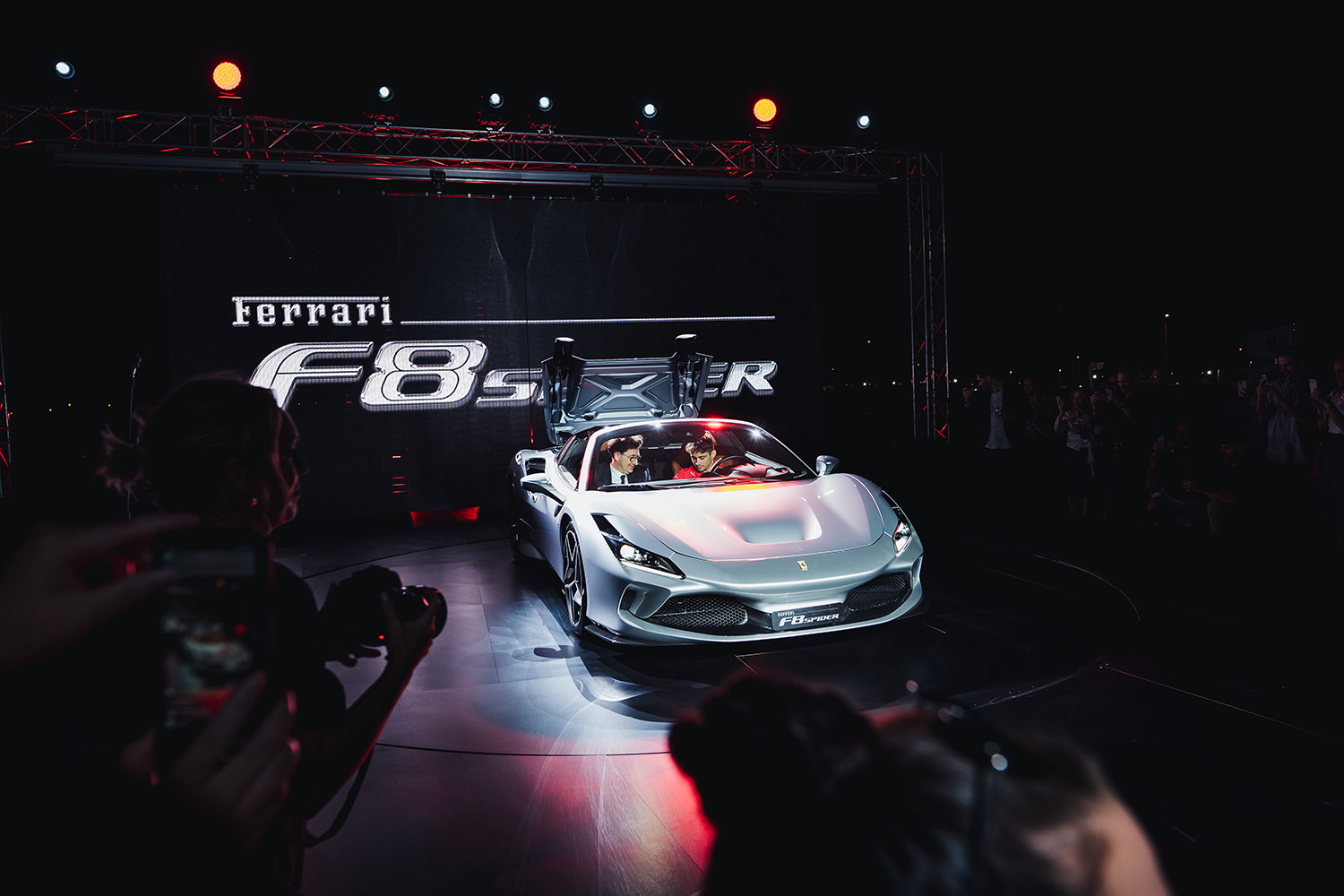 This is indeed a worthy addition to Ferrari’s famed V8 lineage (despite being a twin-turbo 3.9 litre – apologies to those natural aspiration purists) with the hardtop convertible delivering 530kW with 770Nm of torque, all while being 20kg lighter than its 488 Spider predecessor.

That kind of power will belt you from 0-100km/h in an alleged 2.9 seconds, topping out at 340km/h – all with reportedly very little turbo-lag. Engine aside, another important speed test sees the actual hardtop lowered in 14 seconds while either stationary or cruising at up to 45km/h. 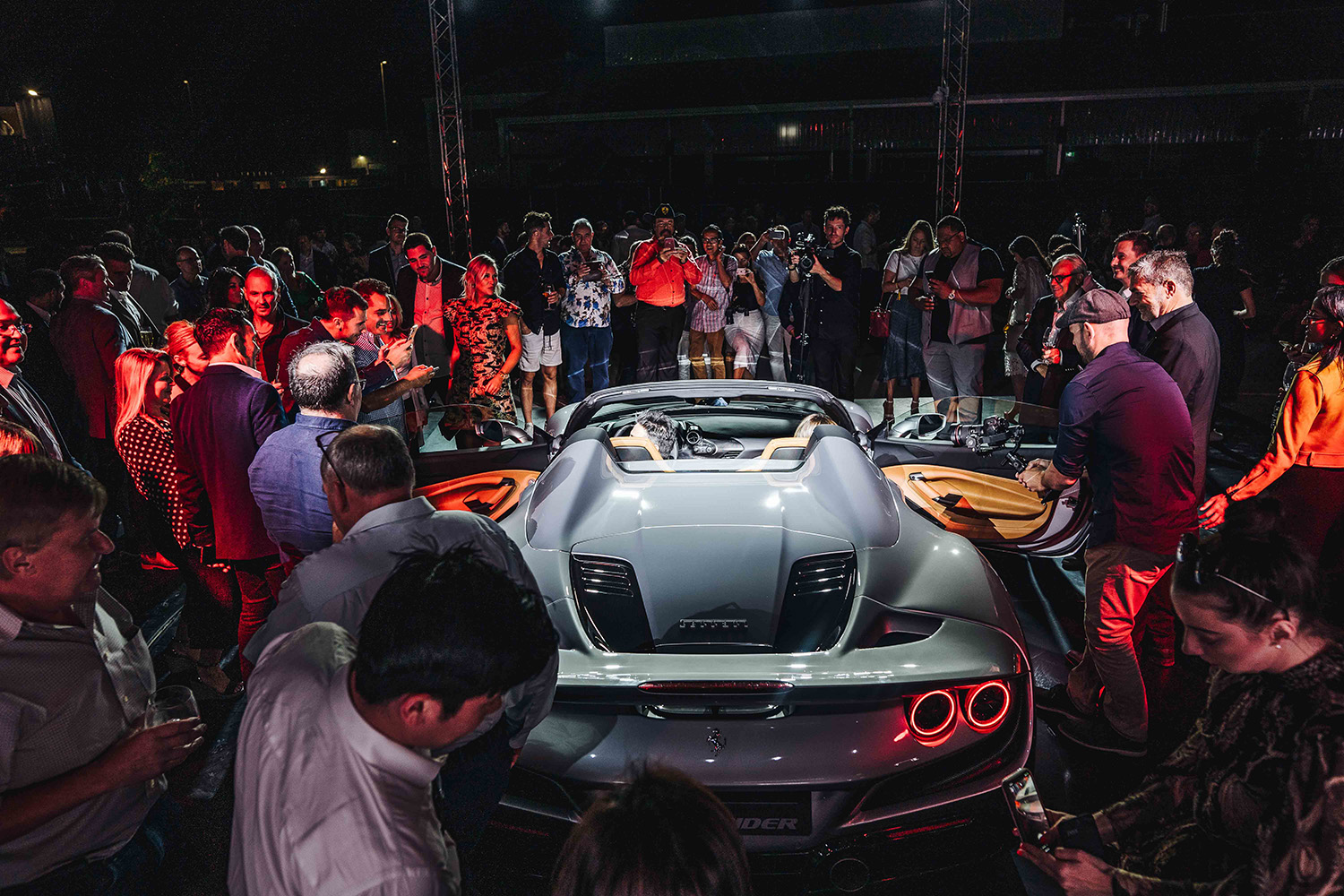 The new F8 Spider is also more aerodynamic than its predecessor, boasting a 10 per cent improvement that ultimately helps both engine cooling (through its shouty S-duct vents) and downforce at high speeds.

Once inside, the cockpit is all business, with the driver-focussed set-up supported by a control-heavy steering wheel, sport seats and heavy use of carbon fibre.