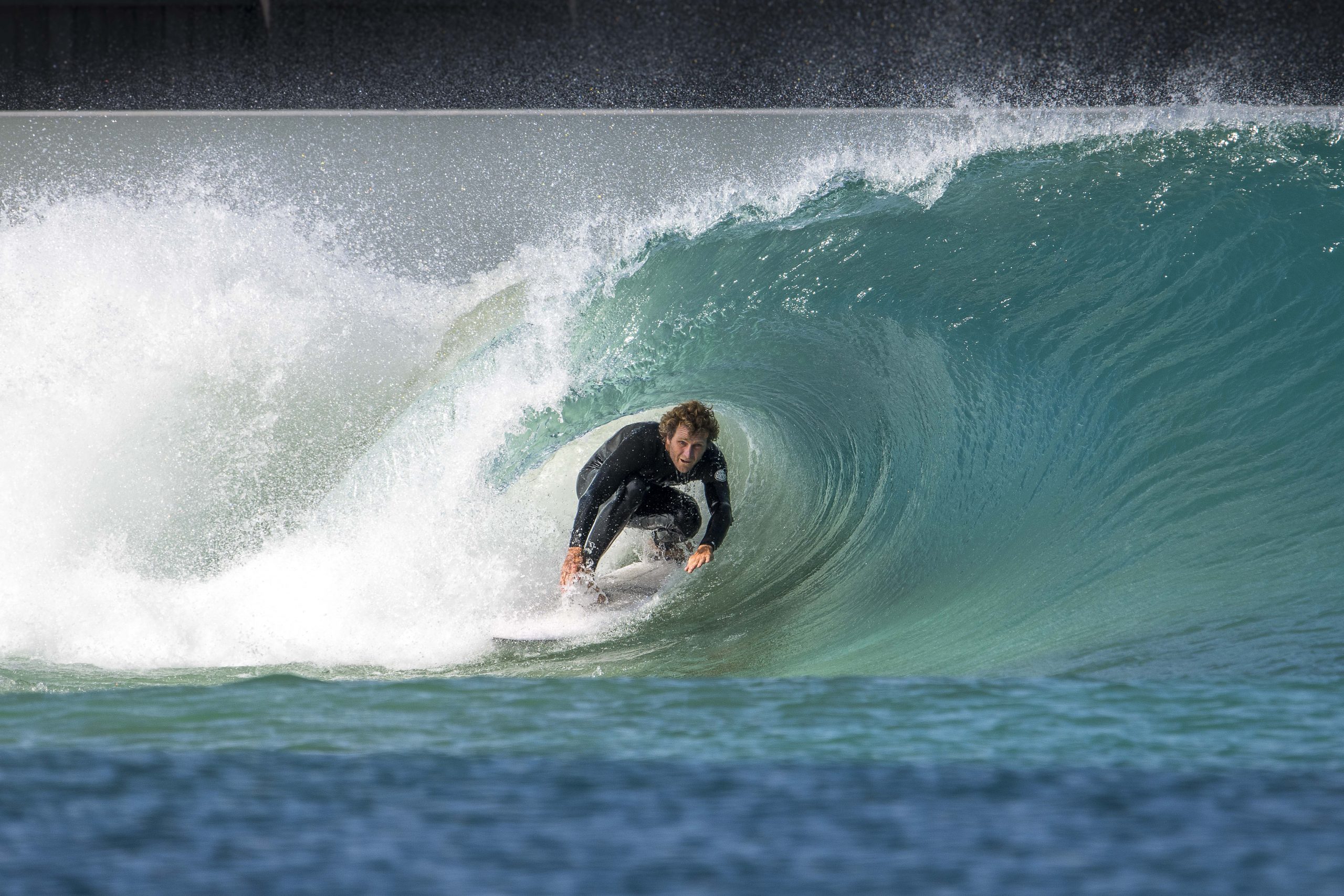 Inside Australia’s first (decent) artificial surf park – and what it means to a sense of natural stoke.

Forget everything you know about wave pools. Because Urbnsurf is not that Dubai resort effort you once floated about in.

No, this thing is real, proper, slabby surfing. A manmade wave that has pros and novices frothing; a reason to hit up Melbourne’s Tullamarine and not to catch a flight.

After a few months of solid testing – queue those pros and Chris Hemsworth, among others – this week saw the public opening of what is this country’s first surf park.

For Urbnsurf CEO Andrew Ross, a life-long surfer and former Perth lawyer, it marks the realisation of a long-held dream.

“Surfing is the only activity that’s endured throughout my life,” offers Ross. “And I can remember when I first surfed on that [manufactured] wave in Spain in late 2012 – it was like that revelatory experience, like surfing your first wave.” 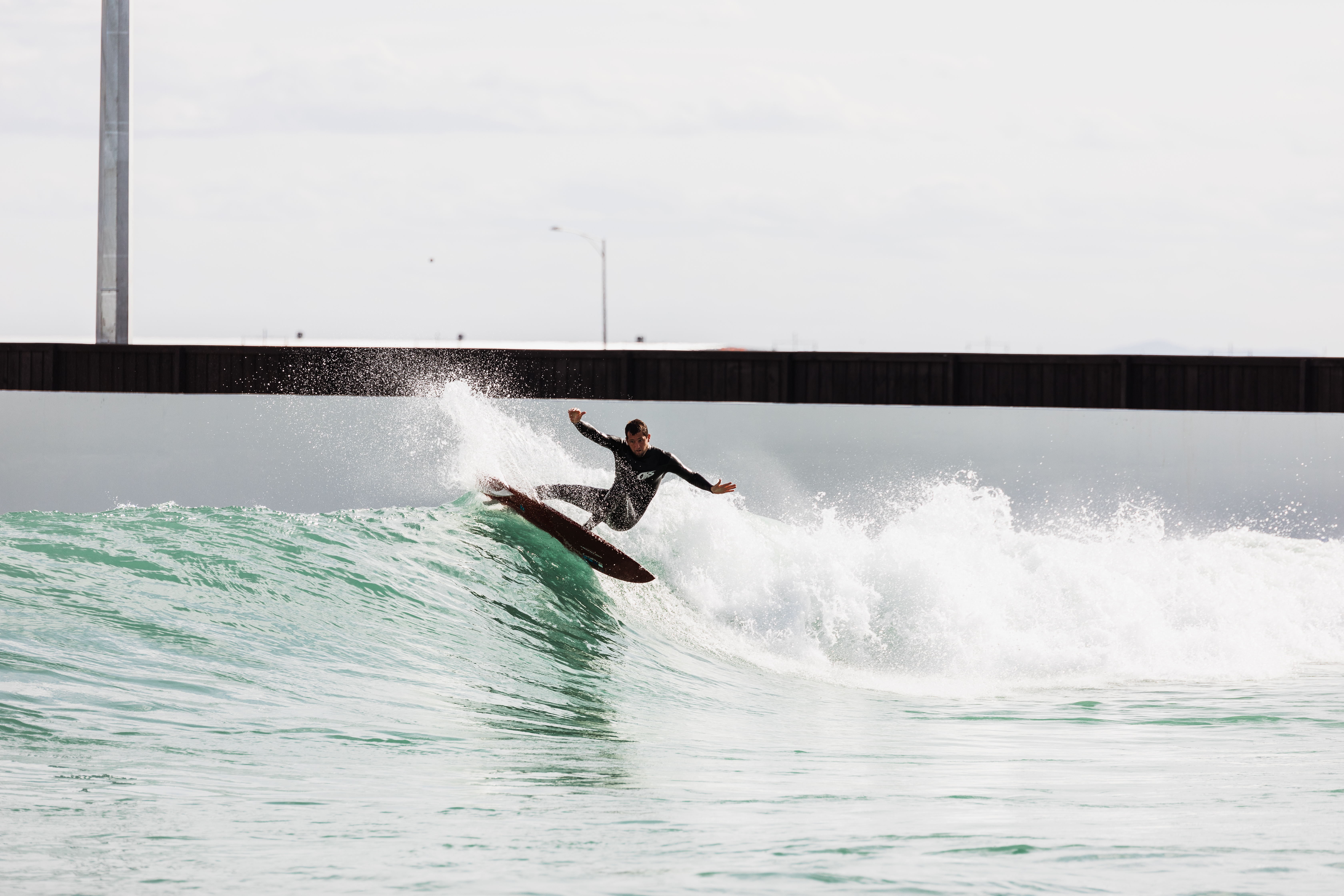 “The reason we have these parks emerging is really a function of the improvement in computer modelling. There’s a lot of alchemy you need to understand the design – but to make it right you need to have a deep experience as a surfer.”

So why choose a manmade wave over those at the beach? For starters, consistent conditions mean an ability to catch more waves in a much shorter period of time. 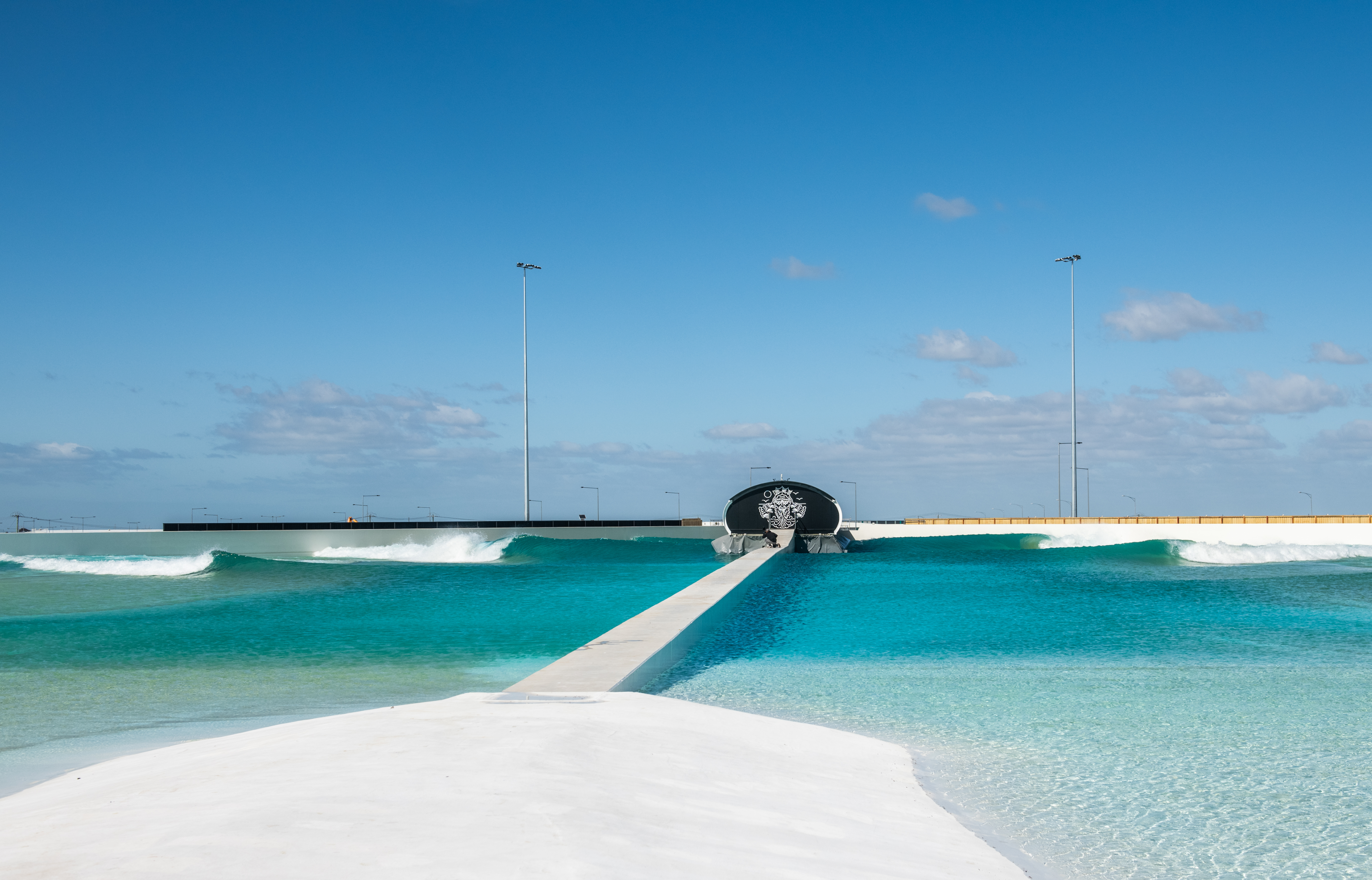 Still, given the sudden proliferation of similar parks across the globe, there’s a relevant argument about whether such outfits detract from the honest ‘stoke’ and wonder of the natural environment and its ever-changing waves; further, whether charging people to ‘hit the water’ suddenly drives a stake through surfing’s democratic heart?

“I hope what will happen is what happened to skateboarding, with parks built people can practice more and increase their skills, I’m also hoping it changes the competition in the future.”

“Look, the catch-cry for the surf parks has been accessibility, consistency and safety – for example, with Melbourne, the closest waves are almost an hour and a half away, and with waves on-tap, it’s very controlled and lets surfers practice a manoeuvre on the exact same wave.”

Split into a variety of breaks that accommodate differing levels, one-hour Urbnsurf sessions run from $25, topping out at $79 for an ‘advanced’ session.

Ross is planning 10 more parks across Australia the coming decade – with development on Sydney’s set-up at Olympic Park already underway.