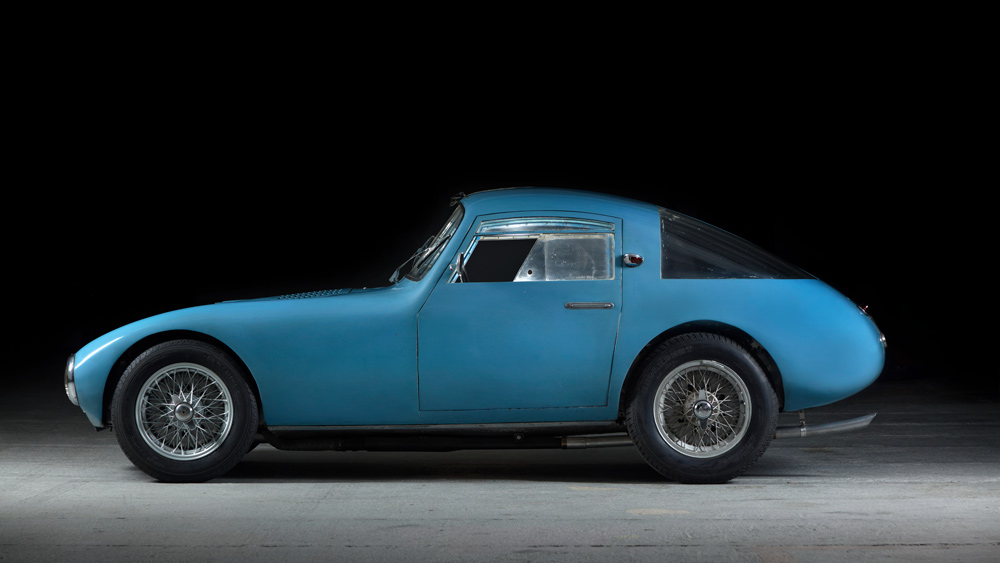 Piloted by the famed driver at the 1950 24 Hours of Le Mans, it’s being presented by Artcurial Motorcars.

One of the most inspiring classic car gatherings is the annual Salon Retromobile, which is held in Paris at the Porte de Versailles Exhibition Centre. The French automotive celebration will next take place from February 2 through 6, 2022, and with it comes a sale on February 4 at the official partnering auction house, Artcurial Motorcars. For the upcoming edition, some fascinating outliers will be crossing the block as proof that the rich and fascinating history of the automobile extends well beyond the familiar marques that populate most auctions.

Among those outliers are French cars, often strange and contrarian machines whose approach to engineering and design make them the most charming things on four wheels. It only takes a glimpse of a Citroen DS 21, for example, to realise that French cars are designed differently—and therein lies their appeal. 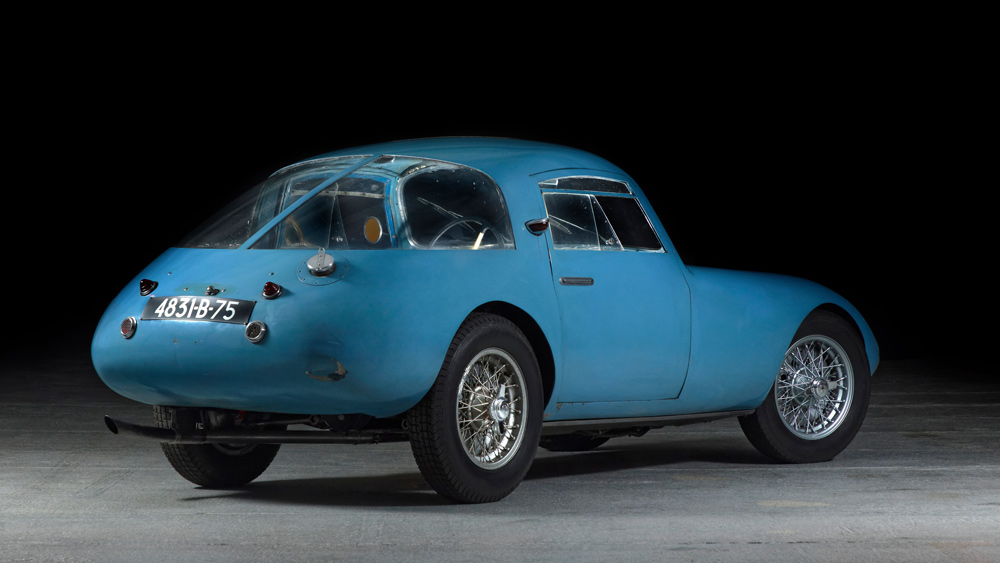 This 1950 Gordini Type 18S is one of only two examples built. Photo by Bernard Canonne, courtesy of Artcurial Motorcars.

For 2022, one of the lots being presented by Artcurial is a rare collectible that is anything but a household name. The 1950 Gordini Type 18S on offer was driven by Juan Manuel Fangio and José Froilán González in the 1950 24 Hours of Le Mans. This race car is a reminder that Europe’s competition machines hailed from beyond the borders of Italy, Germany and Great Britain. Although born in Italy, Amédée Gordini (nicknamed “the Sorcerer”) established his company in France in 1946. He was a manufacturer of sports cars, and competed in Formula 1 from 1950 to 1956. The Gordini marque eventually became a division of Renault in 1968 and of Renault Sport in 1976.

The car presented is chassis No. 020S, one of only two examples of the Gordini Type 18S built. It sports a highly aerodynamic body for the time, made entirely of duralumin (aluminium alloyed with copper to enhance durability, hence the name), whose endearing shape is at once purposeful and elegant, as the most successful French designs can be. Of the 33 chassis built by Gordini, this berlinetta is likely the only one to survive in such exceedingly original condition. 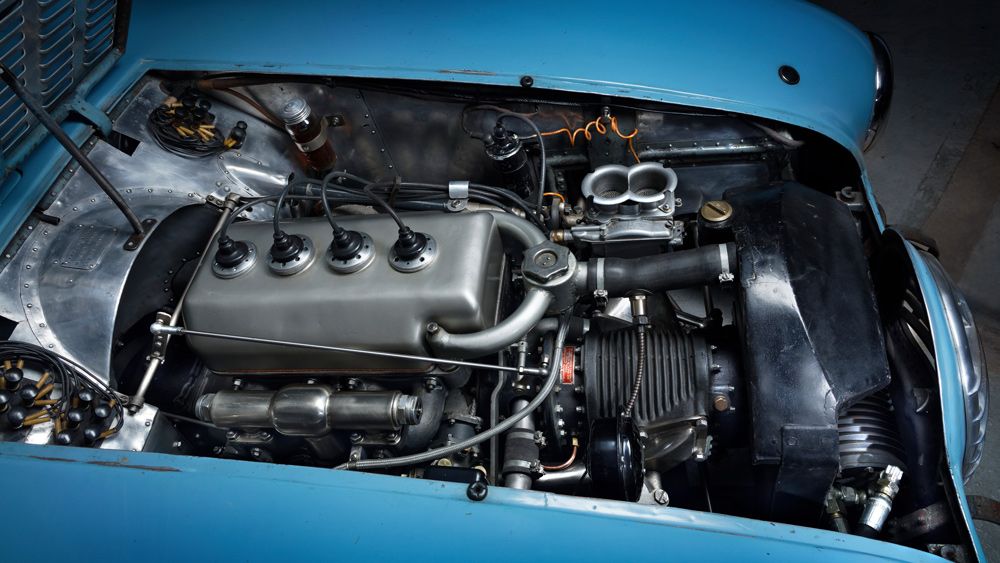 The vehicle is equipped with the only Gordini compressor engine known to be in existence. Photo by Bernard Canonne, courtesy of Artcurial Motorcars.

Retaining its 1950’s-era upholstery, it’s equipped with the only Gordini compressor engine known to be in existence. It also presents evidence of its history in competition, including Le Mans as well the Liège-Rome-Liège race in 1951. This car’s provenance is immeasurably enhanced by having been piloted by Fangio, the Argentine who dominated the first decade of Formula 1. Winning the World Drivers’ Championship five times, Fangio is remembered as one of the greatest in the sport’s history, racing in an era when the cars campaigned were death-defying contraptions with skinny tires and large-diameter steering wheels—unlike today, when the reverse is true. The time-capsule Gordini is estimated to fetch anywhere from roughly $1.24 to $2.49 million. 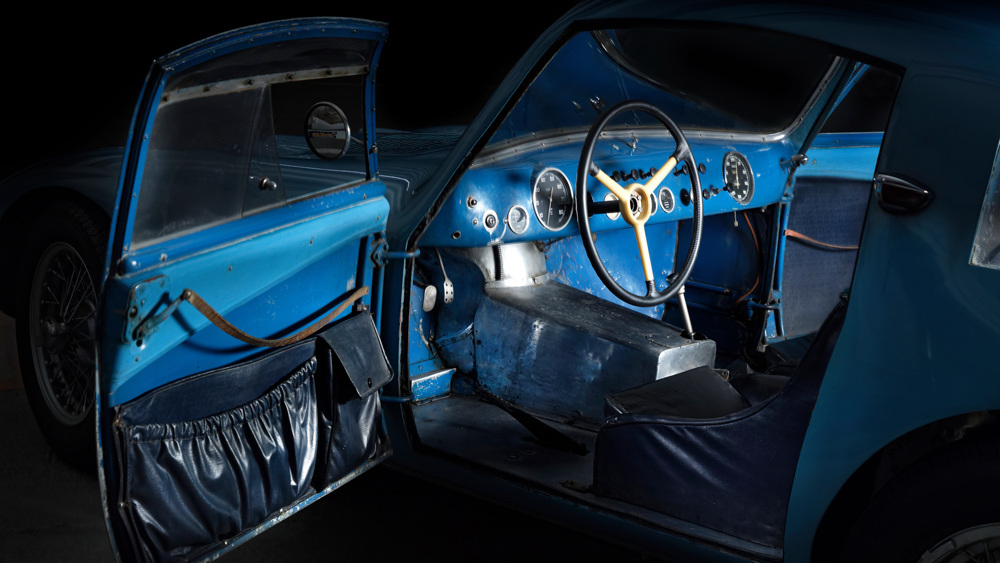 If the ex-Fangio Gordini offers insufficient temptation to peruse this sale, the Bandini Collection that will also be available presents an unrepeatable opportunity to acquire nine other rare competition vehicles bearing the name Gordini. This assortment, in addition to the Lempereur and Bruno Lafourcade collections, should prompt serious competition between a sizable field of bidders.