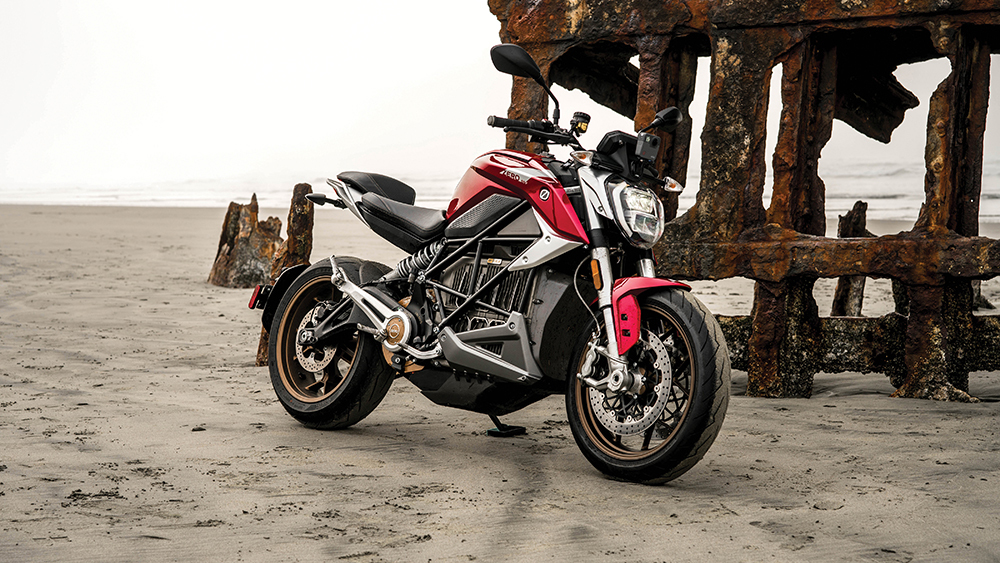 We talk to Zero’s CEO about the streetfighter and all the tech imbued in it.

Zero Motorcycles is one of the brands that’s pioneered the electric motorcycle category, and its latest release, the SR/F, pledges to be among the most innovative and powerful electric motorcycles yet. The SR/F is powered by Zero’s new ZF75-10 motor and a ZF14.4 lithium-ion battery, which is good for 82kW and 189Nm torque. An interesting new operating system, dubbed Cypher III, draws on Zero’s decade-plus years of development and build history, and helps make the bike among the most connected Zero has produced.

What makes it intelligent? Beyond the ECU monitoring how the bike is handling and manipulating the torque and power delivery to ensure maximum grip and adhesion, owners can use Zero’s app to keep tabs on how the bike is charging, whether it’s upright, and even find it if it’s lost or stolen. They can also share data about rides, including replaying rides, and uploading routes and motor and performance data so others can try to replicate a ride. And the ECU will update over-the-air when Zero releases upgrades. We talked to Zero’s CEO Sam Paschel about the SR/F and Zero’s vision for the future of smart bikes. 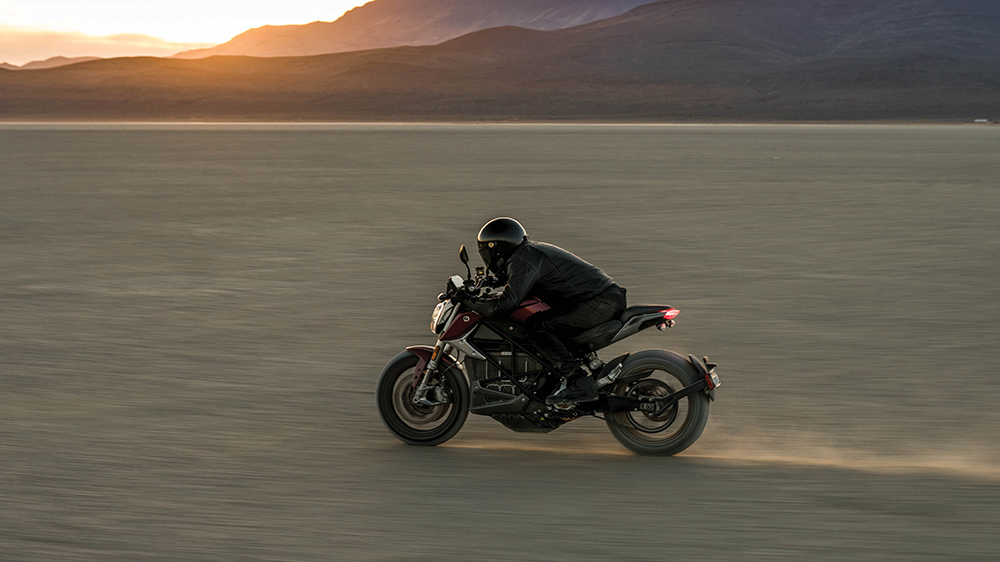 Robb Report: Why do you feel “smart” bikes are important to the consumer, and to the motorcycle community?

Paschel: When we started 13 years ago, just connecting a controller, motor, and battery and getting the back tire of an electric motorcycle to spin was an accomplishment. The industry is quickly moving to a place where integrating these components and getting a bike to move will be much easier. Premium electric motorcycle performance, however, is going to be defined by the combination of next generation torque and acceleration along with the necessary controls systems and intelligence to harness that power. Our new operating system, Cypher III, has taken 13 years and millions of miles of experience to perfect. The combination of Cypher III and Bosch’s Advanced Motorcycle Stability Control (MSC) is the kind of “intelligence” required to provide effortless control of the next generation of high performance electric motorcycles.

How does the Cypher III system modulate the bike’s handling in the various modes? For example, Rain is an option, so what happens in that setting?

The adaptability of the SR/F in a number of ride modes and situations is unprecedented, thanks to Cypher III. It allows us to enable traction control, torque drag control, straight line ABS braking and cornering ABS braking. Rain mode would control the torque at the back wheel to ensures the bike can achieve maximum acceleration without spinning the back tire. It also ensures that straight line ABS braking is applied at the maximum level that does not initiate a skid or loss of control. One of the more common causes of a loss of control on a motorcycle is over-braking in a corner. Ordinarily, this would cause the motorcycle to transition from a lean to a straight-up riding position and would likely force the rider off the road in the process. Cornering ABS allows the rider to brake in the corner at a lean angle without affecting the bike’s angle or riding trajectory. The torque and braking levels can be optimized for wet roads, aggressive sport riding, or street riding, or more, with the push of a button. 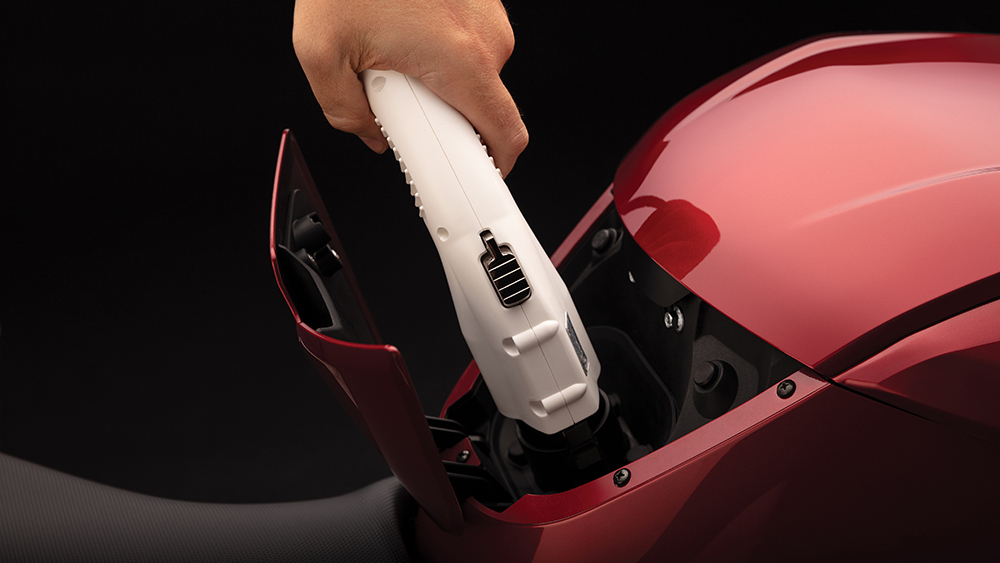 What’s the difference between Sport and Street?

Sport mode is set for near race-like performance. The motor torque curves, motor and braking regeneration levels, and max torque and speed values are all set for aggressive riding. Street has all of the same no-limits riding performance and with only a slightly more modulated transition between acceleration, re-gen, and braking. With up to 10 more fully customizable ride modes, a rider can take the aspects of any of the factory presets and adjust them to fit his or her preferences through our Zero Motorcycle mobile app.

Who’s the ideal buyer of an SR/F?

Zero’s customers tend to fall into three categories. The first is the enthusiast, someone who owns a motorcycle or several motorcycles and is an avid rider. The second is the returning rider, someone who used to ride but, for whatever reason, has not had a motorcycle for a bit. The promise of effortless power and the next generation transportation option of an electric motorcycle often bring them back. Finally, you’ve got the prospect, someone who is interested in electrification but would rather do it on two wheels than three or four. Demographically, our consumers tend to be a bit younger than the average motorcycle rider in the U.S. and are forward-thinking adopters of new technology. The primary rider for SR/F will be an early adopter of new technology who is a motorcycle enthusiast and experienced rider. 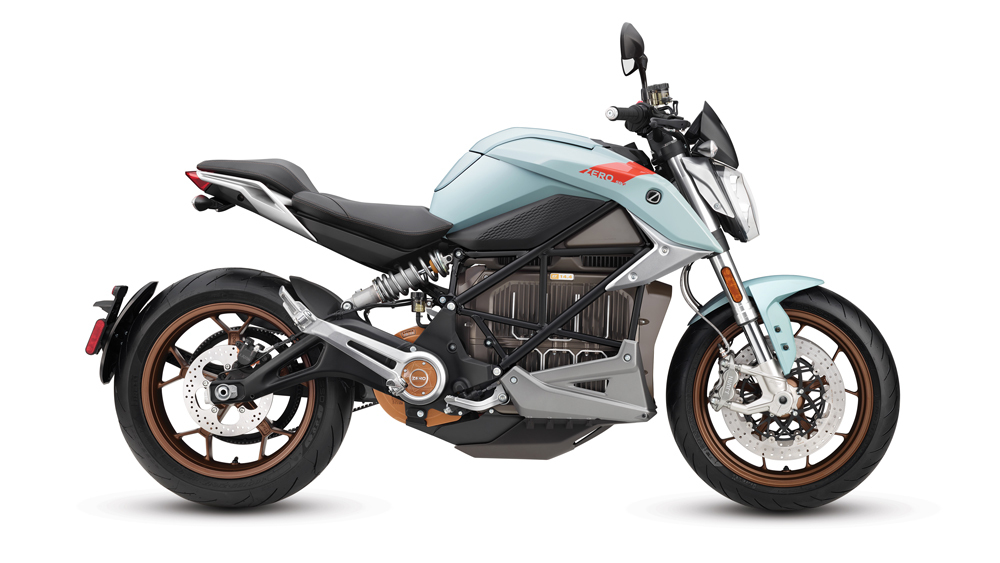 With anything electric, range becomes one of the important specs. The SR/F has a claimed range of 230 kilometres. Does that number change based on use case? If you’re railing it on the highway, would that number plummet?

Great question. The largest factor that effects electric motorcycle range is speed due to the relative aerodynamic inefficiency of motorcycles. The maximum range of 320 kilometres is based on typical city riding with lots of stop and go for regeneration and a lower top speed than our 110km/h highway range rating.

What is the charge time to 80 per cent on a regular plug?

The Rapid Charge system on SR/F can be configured a number of ways. The fastest charge times would be approximately one hour (from zero to 95 per cent full) on a standard Level II (J1772) EV charge station. These stations represent 90 per cent of the EV charging infrastructure in the world.