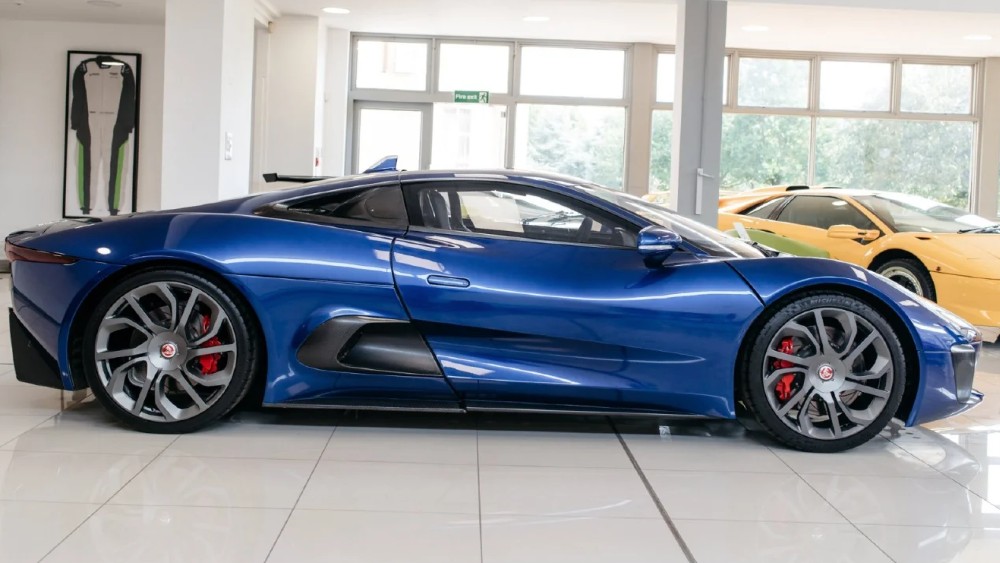 Just don’t expect the 778-horsepower, twin-charged powerplant to come with it. Or an interior.

Back in 2010, Jaguar stunned Paris—and the world—when it unveiled the C-X75 concept at the city’s motor show. Nearly a decade ago, Jaguar was looking towards the future, as the C-X75 was to be a plug-in hybrid, with an electric motor parked at each wheel for a combined 778-horsepower. Those batteries would get their juice from a duo of diesel turbines in lieu of a combustion engine.

The concept was very well received, with automotive journalists and publications bestowing it with awards and praise, so Jaguar continued to kick the box down the road. It wasn’t long before the diesel components were dumped in favour of a petrol-powered, twin-charged (that’s right: supercharged and turbocharged!) 5.0-litre V8 engine that would pump electrons into two electric motors, instead of four. Pleased with the outcome, engineers and executives then started pricing out the C-X75. Estimates had a monroney somewhere in the neighbourhood of $1.7 million, far too expensive for the year- 2011- and the downtrodden global economy. Even with a limited run of 250 cars planned, Jaguar ultimately decided it would be a waste to produce, and scrapped the project entirely.

But five development prototypes endured. A few allegedly went to auction, Jaguar squirrelled one away for itself, and the last was museum-bound. The C-X75 was all but forgotten until James Bond Spectre producers approached Jag and asked if they’d be able to create a few more for the film. The company agreed and set to work building new models. Seven were finished, four of which were stunt cars. One of those models, number 001, is now for sale through Kaaiman’s International in London.

This car, like its brethren models, was more an homage to the original concept’s vision than the actual vision itself. There’s little to the interior, and the frame is likely a space frame with exterior panels made to resemble the concept. Squint and it looks a touch like the lovechild of an F-Type and a McLaren 720S, which isn’t the worst combination.

It’s unclear what the horsepower on the Spectre C-X75 is, though if you’re serious, give Kaaiman’s a shout to inquire. Also undisclosed is the price, though we’re imagining it’s quite high.