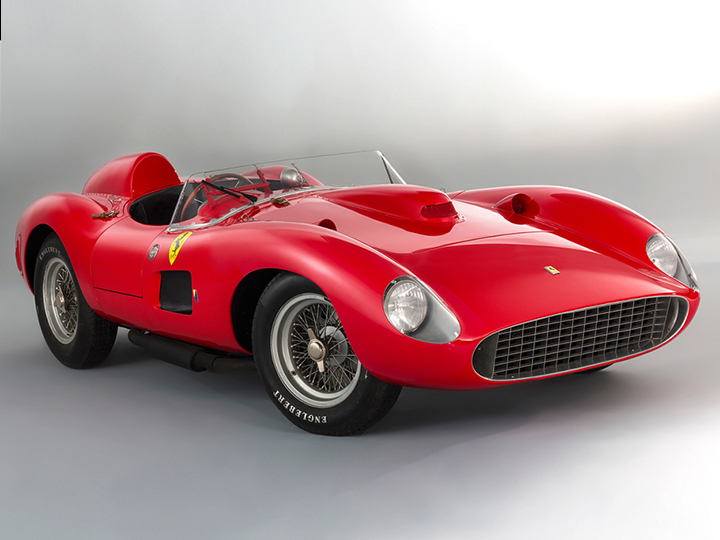 Why do car makers spend so much time looking backwards?

History is just as important to storied brands as their next model, serving as a great entry point.

What particular Ferrari model does the Prancing Horse evoke for you? For some it’s aspirational new models like the 488, the 812 Superfast, or the just-launched LaFerrari Aperta. Others immediately hark back to the cars that forged the legend – the stunning 250 GTO, the 308, or the F40.

It’s a similar dichotomy for other brands – would you have an Aston Martin DB4 over the just-launched DB11? Do you lust for a Lamborghini Miura, or an Aventador?
Backwards or forwards – either way is ok with Ferrari Australia and New Zealand CEO Herbert Appleroth, just as long as you join the family.

Speaking at the celebration of Ferrari’s 70th anniversary at Motorclassica, Appleroth said history was just as important to the brand as its next model, and serves as a great entry point to the storied brand.

“I think what’s beautiful about Motorclassica is that it is truly an authentic car show, as they used to be. We have a rich history, and there’s a very small number of events around the world whereby you can mix the past with the current and the future.

Motorclassica is a superb way for us to communicate our past, as well as our future,” he says.

“This is all about giving back to our community and starting that dream. Enzo Ferrari always said ‘if you can dream it, you can do it’ and now we’re not really a car manufacturer, we’re a dream factory.

“We don’t look back all that often, we really only do it every 10 years, and we wanted to be very clear that whilst we’re so proud of our 70 years, we’re actually looking forward. The official car of the 70th anniversary is looking forward. So we’re proud of our past, but also looking towards the future.”

Older models also help fans to step into the brand for the first time, he says. “Our historic cars, or even just post-moderrn cars, that’s an important stepping stone for people to buy new Ferraris in future. Having your first purchase be a pre-owned Ferrari, why not? It’s a great entry into the world of Ferrari.” The 70th anniversary celebration was headlined by the unveiling of the $1.2 million LaFerrari Aperta, but also featured displays of dozens of historically significant Ferraris collectively worth tens of millions of dollars.

These included a 1985 Ferrari 288 GTO Coupe that was made for then Ferrari Formula 1 driver Michele Alboreto, a stunning Enzo model owned by noted car collector Lindsay Fox in a red-and-yellow paint scheme inspired by the trucking magnate’s corporate colours, and a Ferrari 125 racer harking back to the brand’s earliest days.

“We’re strongly communicating with our clients about the art of collecting cars, and that involves the historic cars,” Appleroth says. “That’s about communicating Ferrari – of course, we’re the most important car in the car industry – but also the value in collecting Ferraris.”