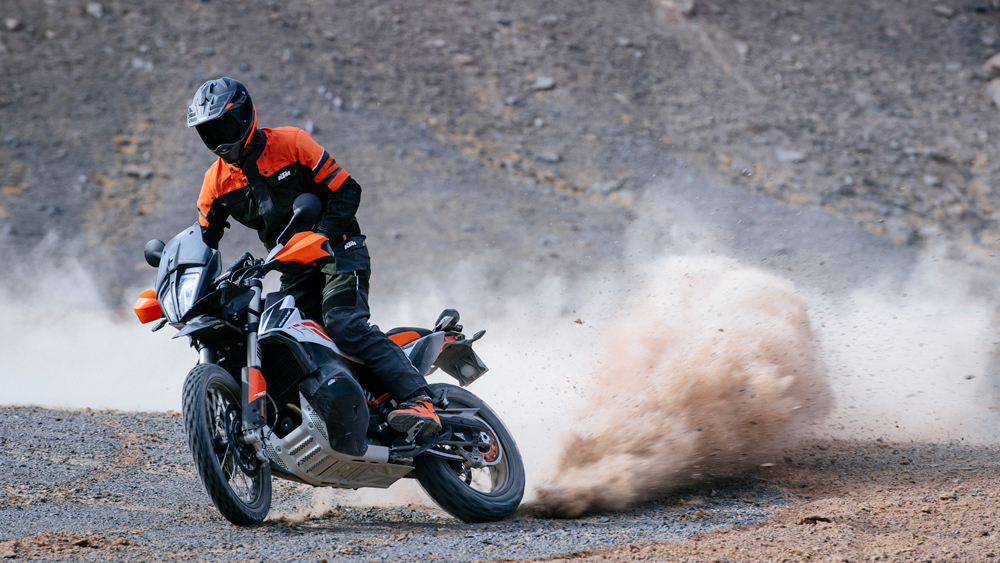 With nine levels of traction control and the option of four throttle modes, this bike was built for the Merzouga Dunes.

For the world’s motorcycle manufacturers, adventure sector is currently the hottest ticket in town. The market segment is enjoying an explosion in popularity, with numerous new machinery from which to choose. But selecting what to ride for your next globe-trotting journey just got a lot harder with KTM releasing the 790 Adventure R.

Based off the 790 Duke naked bike, the Adventure R harks back to KTM’s roots of the 990 and 950 Adventure models of the late 1990s and early 2000s. Those machines cemented KTM’s off-road prowess before the horsepower arms race took hold.

Relying on 70kW from its 799cc parallel-twin motor, and with a chassis that’s been developed and tuned with KTM riders like Baja 1000 multi-winner Quinn Cody, the 790 R is the ideal machine to traverse the toughest of terrain. 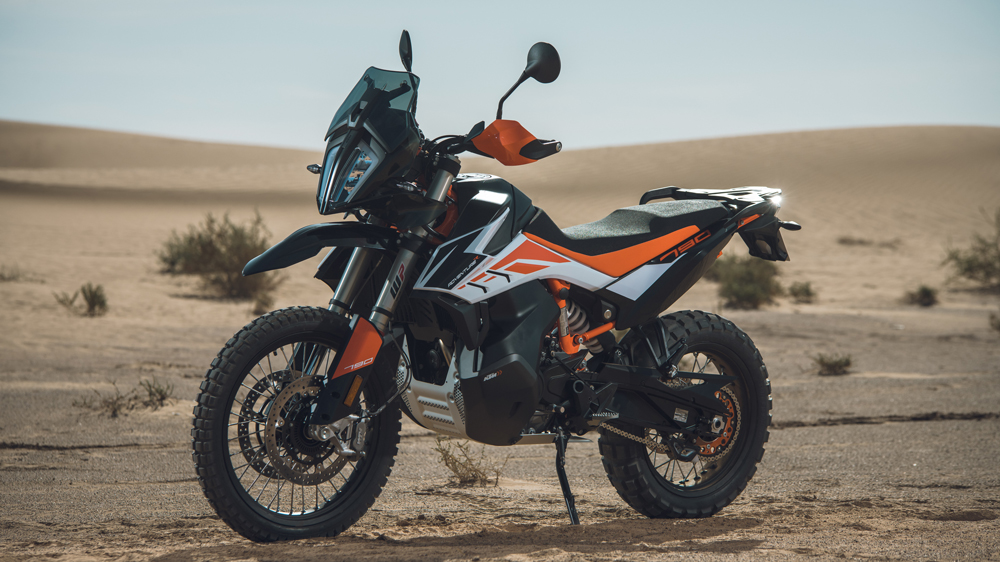 In Morocco’s Merzouga Dunes—a stone’s throw from the Algerian border—the 790 R is a revelation. In these endless water-painting landscapes, the bike’s stability and ease of use when compared to 1000cc-plus motorcycles makes you wonder why you’d spring for a full-size machine. Weighing in at 208kg with a full tank of gas, the 790 R is close to 22kg lighter than the KTM 1090 Adventure R and easier to ride to boot. It’s a win-win. 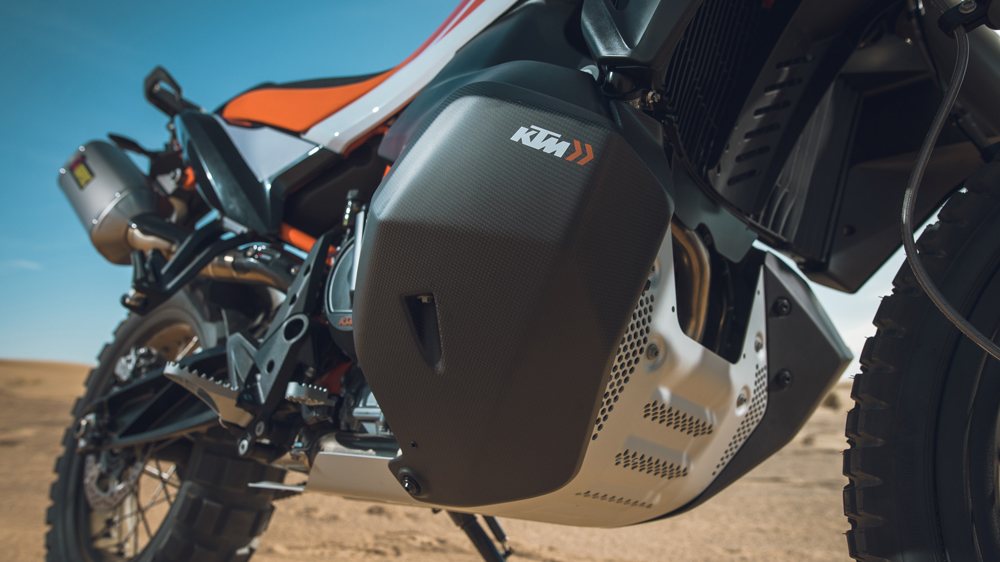 You can use all 70kW under your seat, exploring the motor’s flexibility and deft throttle response. It’s all paired superbly to the KTM’s electronics suite of nine different levels of traction control, an off-road-specific ABS map, and four throttle modes available when you chose the optional Rally ECU mode at purchase (you’ll want this feature). Rally mode allows you to individually program the traction control level and throttle response (a feature not available in the Road, Off-Road, or Rain maps) and unleashes the 790 R’s full potential, of which you’ll need to be a very fine rider indeed to find its limits. 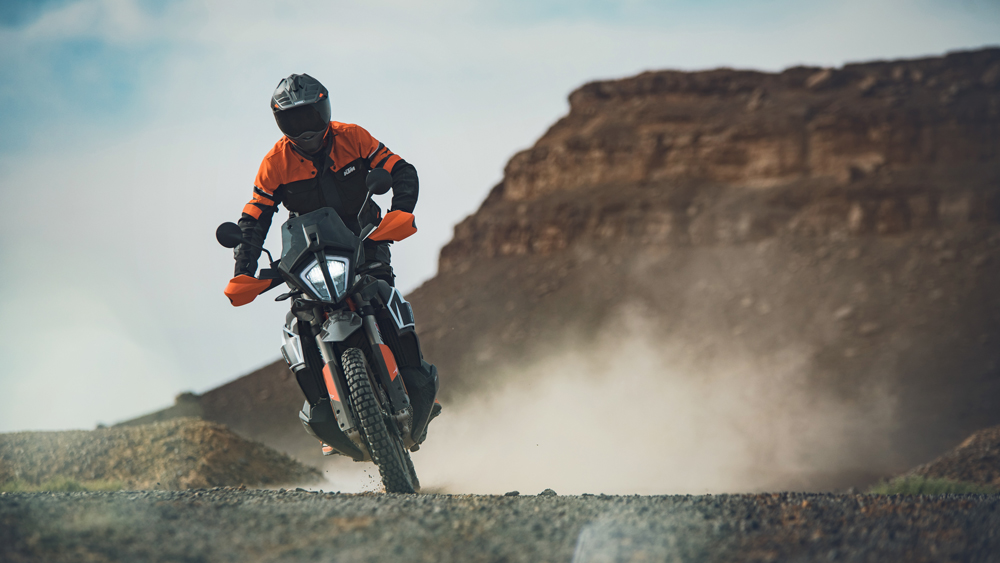 The KTM 790 Adventure R is a stunningly well-executed machine that’s ideally suited to pros and beginners alike, and will no doubt form the genesis of many off-road dreams in the very near future.