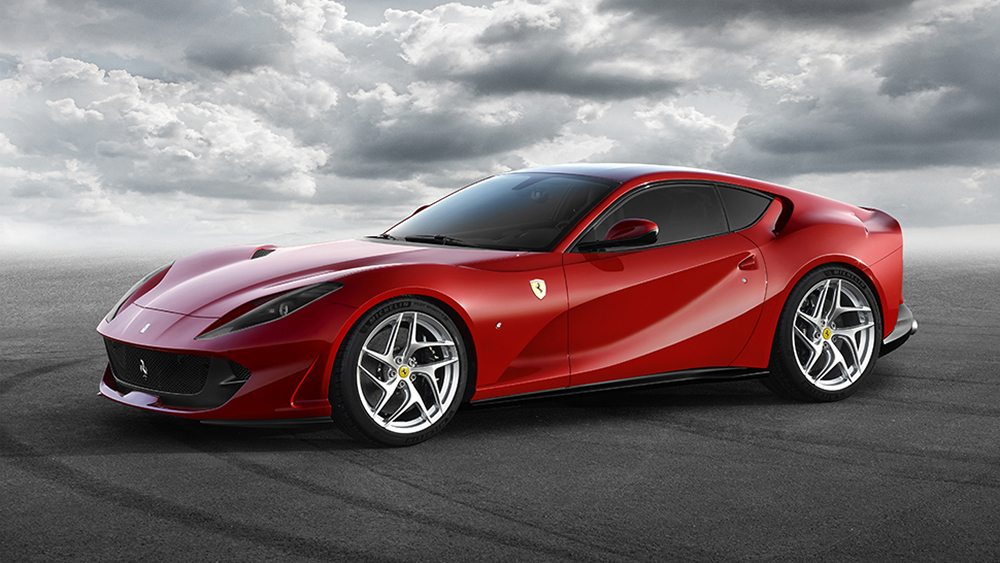 Anyone else’s palms start sweating when it hits 315km/h?

The fine gents over at Germany’s Sport Auto magazine took the Ferrari 812 Superfast to the country’s famed Nurburgring for a super test. Though the actual driving happened back in June of 2018, Sport Auto just released the footage and video this month and it’s a helluva spirited drive and an impressive lap time, even if it’s some 43 seconds slower than the official track record.

If you break down the name, you get most of the specs. The “8” represents 800 cavalli vapore, or horsepower in Italian (in the real world, translating to 588 kilowatts) and the 12 stands for the 6.5-litre V12 under the bonnet. The “Superfast” is included for obvious reasons, and the car lists in Australia at $609,888.

Behind the wheel is 37-year-old German driver Christian Gebhard, who’s really giving it all he’s got. Gebhard’s been racing at the ‘Ring for nearly a decade, and his fast hands save the 812 from certain disaster more than once. Gebhard pings from kerb to kerb, using every last inch of the track, and the accelerometer on the screen shows some lateral g pulls of 1.2 as he flings the Prancing Horse into some of the carousels while the Pirelli P Zero PZ4 tires squeal. On the back straight, if you look at the car’s secondary dash on the passenger side, you’ll see it blip up to 315km/h.

Ultimately, the 812 turns in a lap time of 7:27:48. That’s impressive, considering the grand touring car really isn’t meant for such a technical track (or really sustained track work at all) and given all the wrestling Gebhard was doing. It’s far from the current track record of 6:40:33, set back last Autumn by a Manthey Racing-prepped Porsche GT2 RS, the fastest street-legal car to snort around the Nordschleife. In second place, the Lamborghini Aventador SVJ with 6:44:97; third goes to another Porsche 911 GT2 RS with a 6:47:03, and a Lamborghini Huracan Performante comes in fourth at 6:52:01. The fifth fastest car is a Porsche 918 Spyder Weissach, at 6:57 flat.

Still, Gebhard’s lap is well worth the watch.