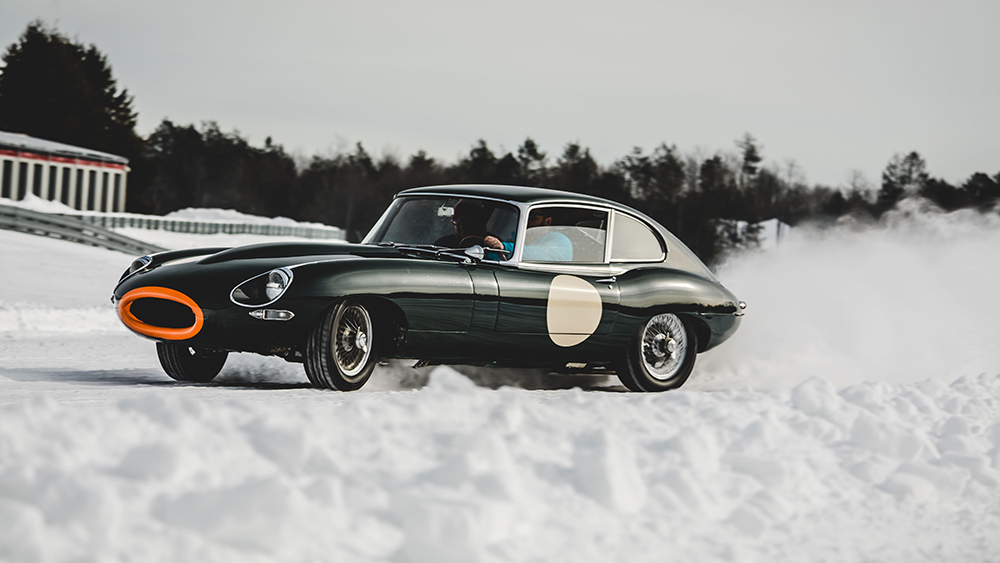 A fresh dumping of snow in upstate New York meant one thing to Monticello Motor Club track director Chris Duplessis: make an ice track. The former four-time rally champion took three days to painstakingly groom a chunk of the track to get a slick but manageable surface. The next step? Invite the private track’s members to bring their toys and hoon.

Only 2.5 kilometres that comprise the South Course were used, but that was more than ample for the 40 or so guests who turned out in all manner of vehicles. While there were predictable Ford F-150 Raptors, a killer Mercedes-Benz G550 4×4, a few Jeep Wranglers, a Ford Fiesta Rally car, and a Subaru WRX STi, rounding out the “impressed to see you here” group were a BMW M3, an M5, a Tesla Model 3, some Porsche 911s and an Audi R8. 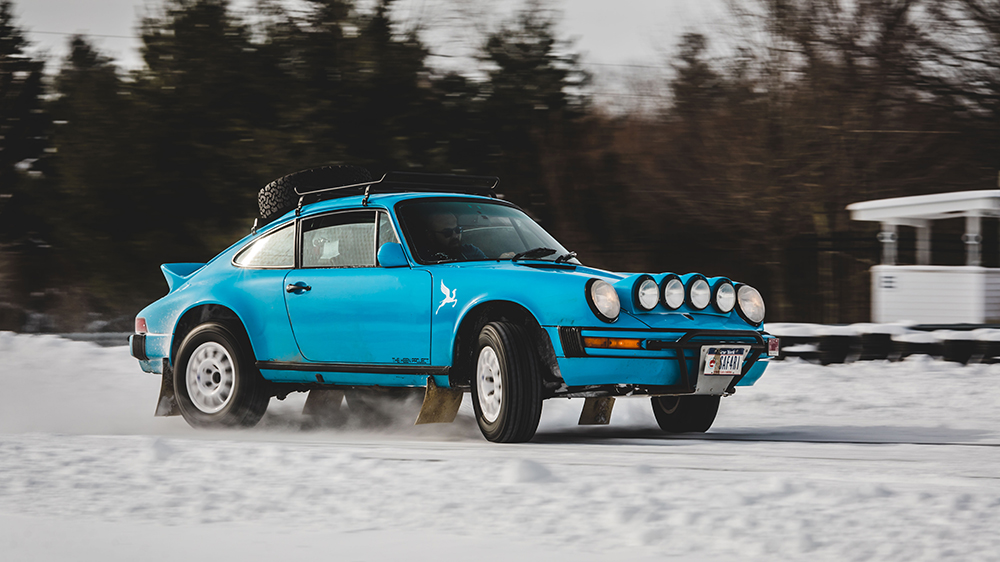 The two best sets of wheels to slide around the Catskills, New York, playground? The first is a 1967 Jaguar E Type. That beautiful coupe came courtesy of the fellows at Churchill Classics in Eldred, New York, and was driven first by owner Simon Arscott, but also drifted masterfully by Duplessis. The second is a Porsche 911 Safari Rally car, owned by Michael Pollock. This is the fourth such Safari 911 built by the Keen Project.

For the uninitiated, Leh Keen is a professional race car driver who transforms Porsche 911s into proper rally-ready machines, an applause-worthy endeavor entitled The Keen Project. These 911s cost around $140,000, which includes the donor car. Keen adds about $85,000 of custom work, and while a lot of Porsche builds are for show only, Keen knows his get used by owners, especially when the likes of an ice track present itself.

Also on hand was Monticello’s spec Mazda MX-5, which gets treated to a lift kit, winter tyres, and a welded differential, which the team at MMC call one of the best things to drive in the snow. Track instructors hopped in with the members for a little instruction. It looks like incredible fun was had, regardless of the vehicle. Check it out yourself in the video below, shot by Chris Szczypala.