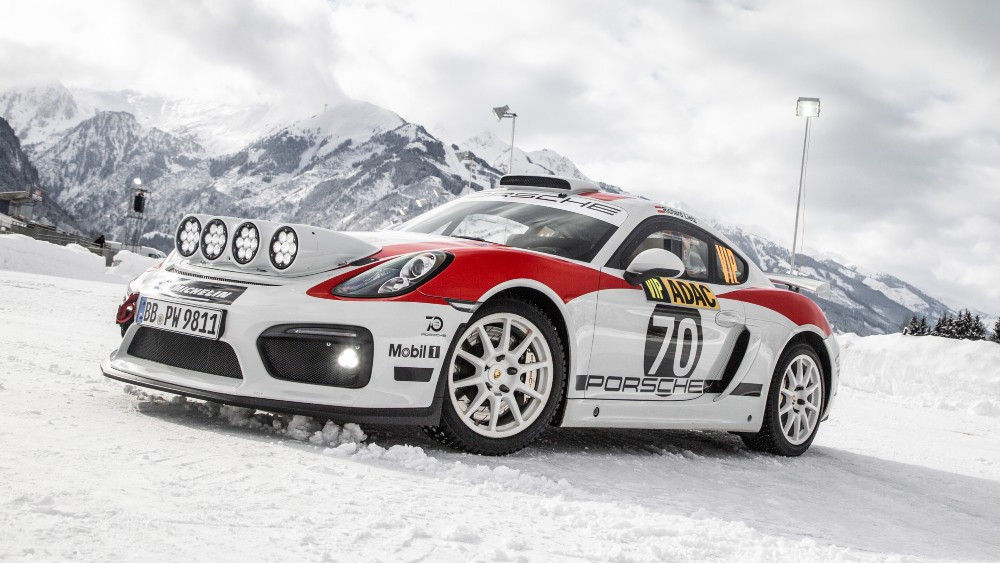 Sound on to hear that 3.8-litre flat six singing a glorious song.

Rally and Porsche enthusiasts alike rejoiced when the German manufacturer announced it would be entering its 718 Cayman GT4 Clubsport in the World Rally Championship’s R-GT class. That car has yet to be fabricated, but Porsche did kindly treat us to an early preview—in the form of a previous gen-718 GT4 mocked up as a development car—last week at an ice-racing competition in Zell am See, Austria. Spoiler alert: It looks and sounds spectacular.

While the video’s only shot from one corner of the track, it’s a solid turn allowing the Rallye to hammer the throttle early and stay on the power through the exit, providing some aural heaven. And we’re treated to multiple passes by the camera.

Porsche’s latest customer sport racer, created for the GT4 series as well as club sport and track days, boasts a 3.8-litre flat-6, good for some 317kW. Parts of the vehicle were constructed from natural-fibre composite materials, a first for the 718. We’ll have to wait until 2020 to see any of the cars actually on tracks, but this is a promising start.