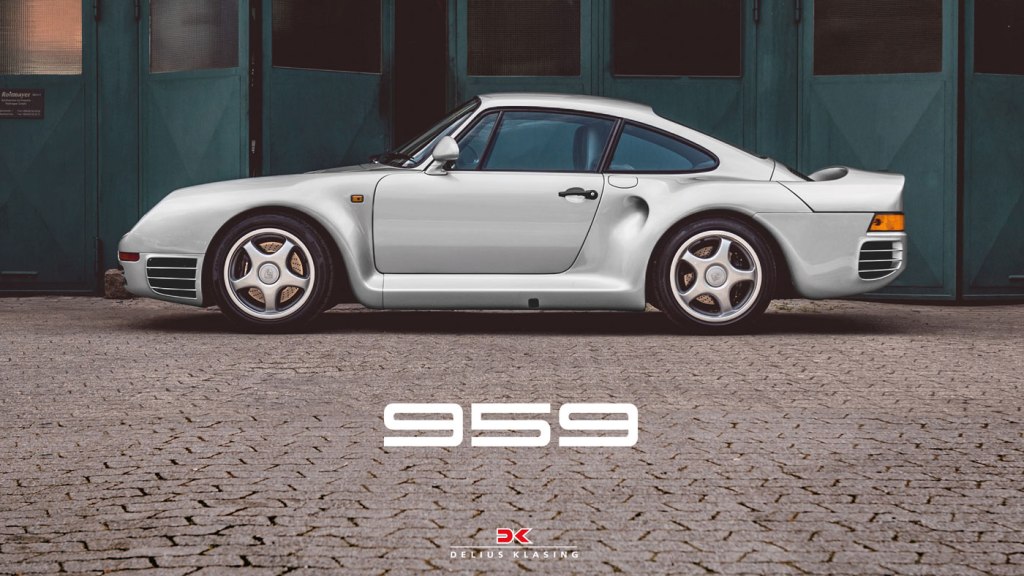 Published by Delius Klasing, each beautifully illustrated box set is bound to be a valued collectible for car enthusiasts.

The new automotive tome 959 is a veritable treasure chest containing three volumes devoted to one of the most ambitious Porsche type numbers in the carmaker’s history: the mighty 959. It represents the high-water mark of early all-wheel-drive sports cars.

The Porsche 959’s predecessor was a Group B rally car that debuted as the 953, a heavily modified variant of the 911 developed for, and taking overall first place in, the gruelling 1984 Paris-to-Dakar Rally. 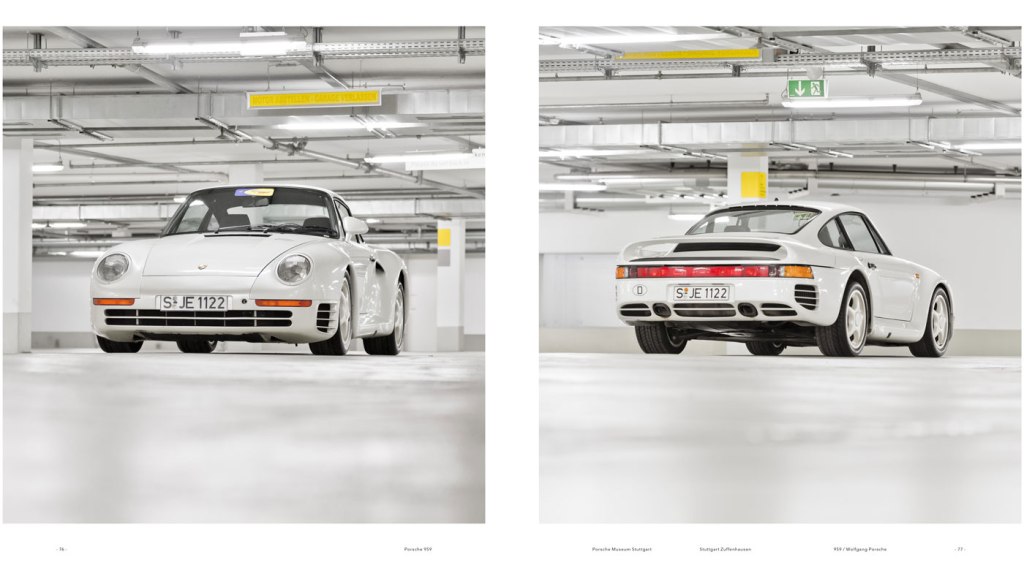 The Porsche 959, of which only 345 examples were built in total. Photo: Stefan Bogner/Courtesy Delius Klasing.

It evolved quickly into the gorgeous 959, about 282 examples of which were manufactured from late 1986 to 1988, with an additional eight made in 1993. Including prototypes, a scant 345 were produced overall.

It was a car that overachieved on all fronts and was without doubt the most advanced vehicle of its decade. And while its 317 km/ph top speed and introductory price equivalent to AU$295,000 were impressive, its real impact was the trickle-down technology of an all-wheel-drive system that immediately saw application in the 1989 911 Carrera 4. 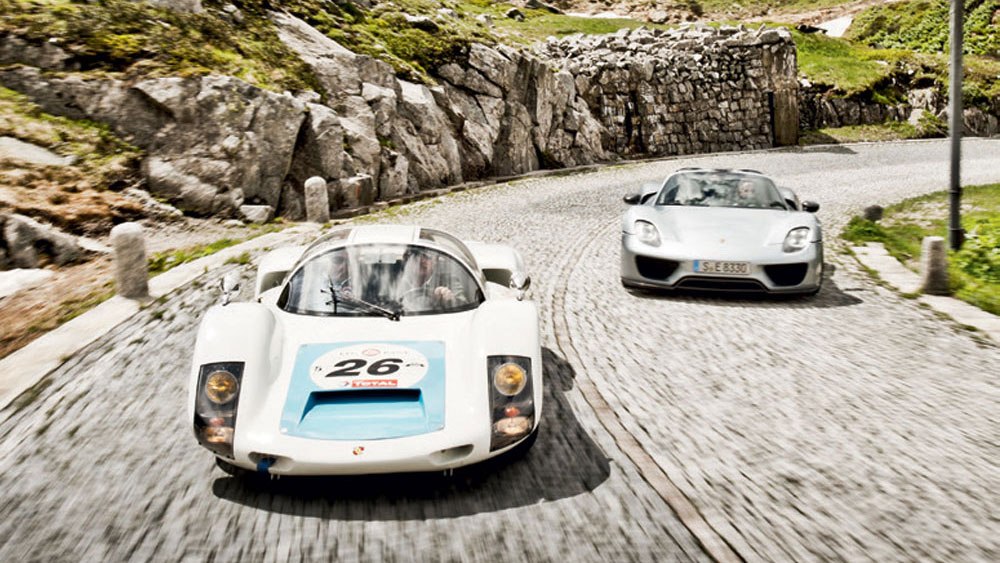 The Porsche 918 Spyder spurred on by one of the marque’s historic racers. Photo: Stefan Bogner/Courtesy Delius Klasing.

In 959, marque authority Jürgen Lewandowski has written and compiled a definitive work on a car whose development he followed in the 1980s and on which he elucidates in detail for readers who want to understand not just the nuts and bolts of the 959, but the personalities and process behind Porsche’s supercar.
Published by Delius Klasing in a limited edition of 2,500 numbered copies, and with graphic design and contemporary photography by Stefan Bogner, the set includes a large, 208-page square-format hardcover book filled with period photography of 959 test mules, technical details, and glamour shots of production models. 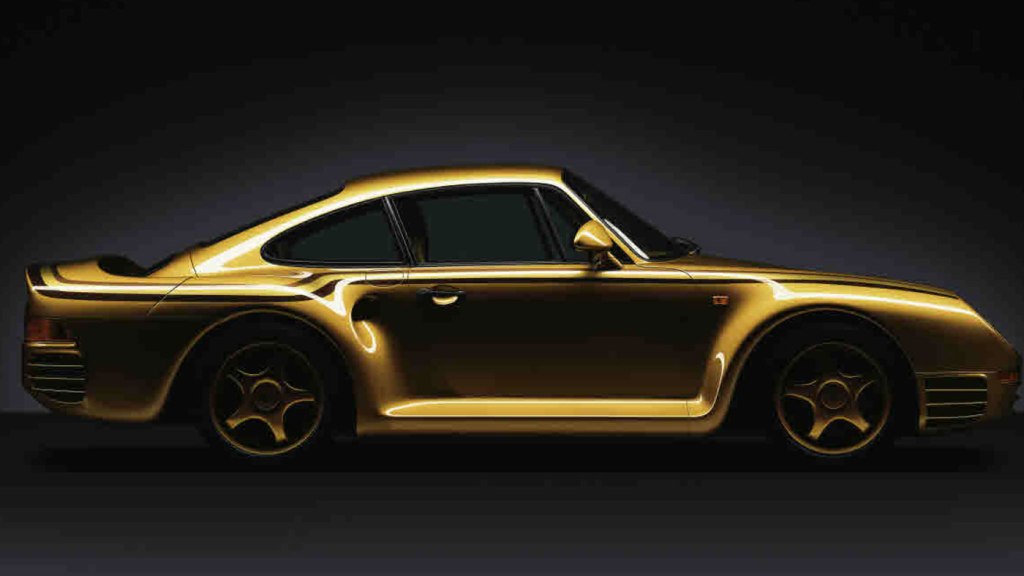 The all-wheel-drive Porsche 959 was not imported to the United States. Photo: Stefan Bogner/Courtesy Delius Klasing. 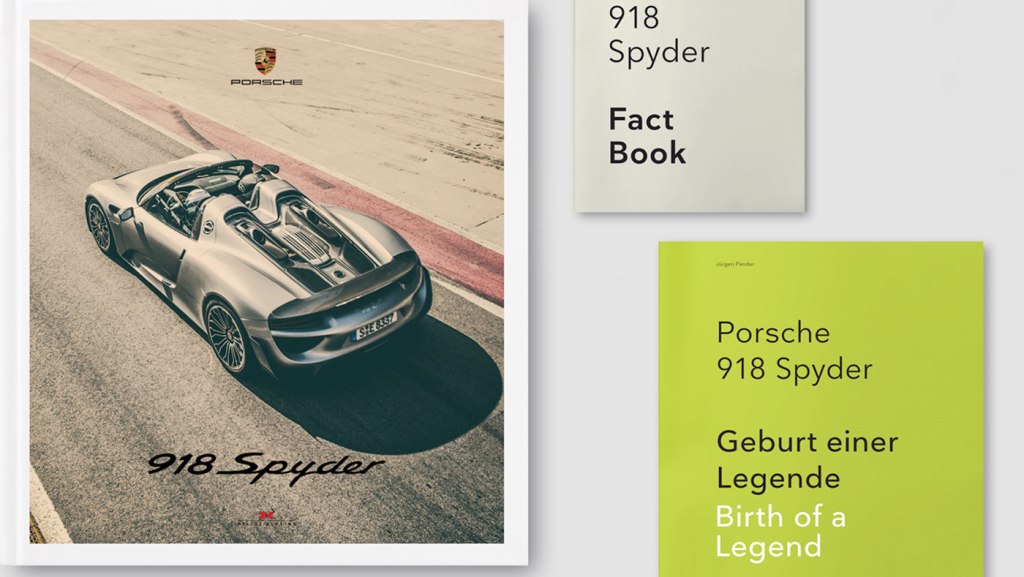 If Porsche’s first real supercar was the 959, then at the other end of “outrageous” is its contemporary 918 Spyder, a supercar that won the 2015 Robb Report Car of the Year and the covetous hearts of 918 buyers (the number of examples made). Publisher Delius Klasing’s boxed, limited-edition 918 Spyder is limited to 1,800 numbered copies and follows the format of 959. Included is a 216-page picture book with photos by Stefan Bogner and text by Jürgen Pander.

The 918 is shown on the production line, in testing, and on the track, often accompanied by historic Porsche race cars like the 906, 956, and 962. Another Birth of a Legend by Jürgen Pander and Fact Book by Klaus-Achim Peitzmeier flesh out the story of Porsche’s plug-in hybrid supercar that changed the rules of engagement on road and track.

Both books are recommended for Porsche literature collectors and certainly for anyone fortunate enough to own either of these icons.

The champagne cooler was designed to fit bottles of Armand de Brignac, which the rapper co-owns.

The futuristic speed machine is the production version of the C_Two concept vehicle.

A day on (and off) road in Aston Martin’s DBX.

We got a sneak peek at the actual one-off 1118kW hypercar.