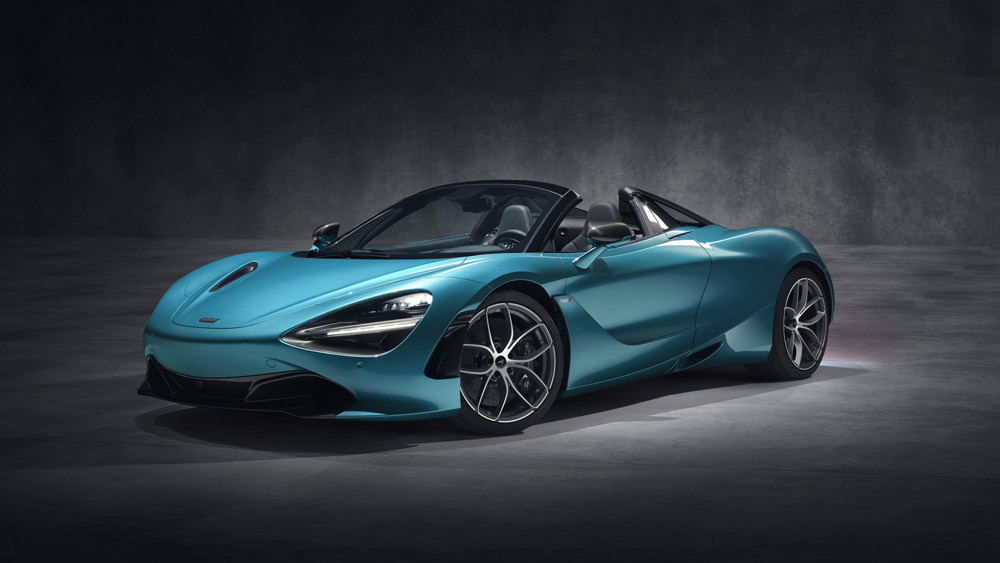 The British marque’s new open-top has the same structural integrity as the coupe and tames the 400 metre in 10.4 seconds.

McLaren’s new 720S Spider is yet another signal that the British marque has ascended to a unique place in the supercar firmament. With the same 4.0-litre twin-turbo V8, dual-clutch gearbox, brainwave steering, and supple suspension as the 720S Coupe introduced a year ago, the convertible variant matches the brutal off-the-line acceleration of a Porsche 911 Turbo S yet possesses human factors and supercar ambiance to rival Ferrari.

The 720S is the whole package, with a clever, ruthless English racer twist. In virtually every metric, the 720S Spider is as potent or outperforms its obvious competitor, the Ferrari 488 Spider. 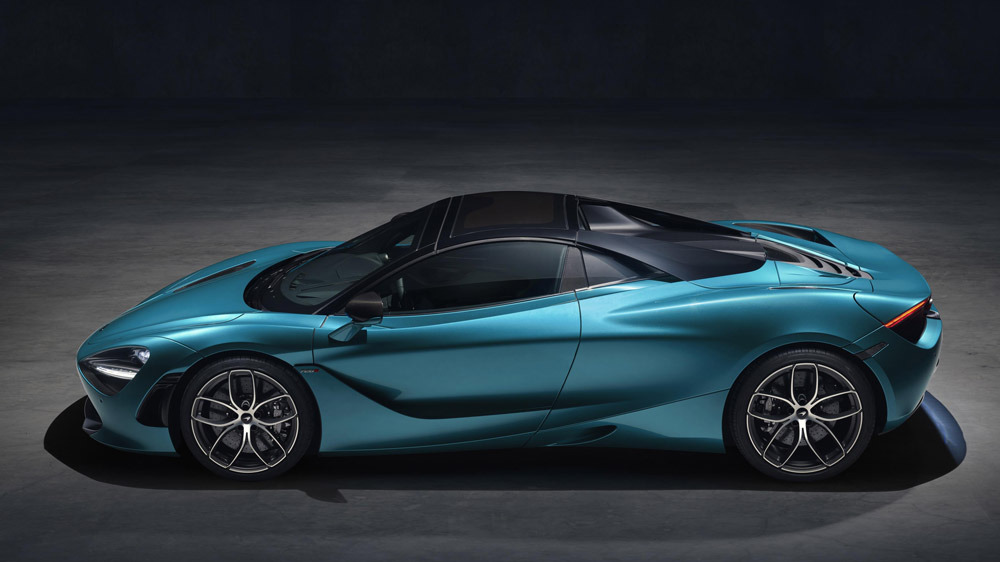 Over, under, sideways, and down the 720S Spider has all the same aerodynamic trickery of the coupe, which adds tech detail to any walk-around performed for a friend. Tracing fingers over the surface from nose to tail to learn its secret ways is an hour well spent. Motions of McLaren’s signature air brake are scripted in subtly different ways if the top is up or down. Under deep braking from high speeds, the 720S’s air brake moves the center of mass backward, the car squatting, stable as can be. When that big tail flaps upward, it’s pure drama, especially with the top tucked away. The open-air 720S adds the classic sports-car elements of romance, offering moonlight drives and exposure to the world.

Trimming off a short section of roof has not diminished structural integrity because the Monocage II-S carbon-fibre tub and its fore and aft alloy spars that carry the suspension and power train are the major structural elements. The two headrest streamers contain robust roll hoops. Thanks to the rear-glass pane that blocks back spill of air, the cockpit remains calm, no roaring air turbulence to detract from the engine’s deep-lunged V8 basso profundo. McLarens may not shriek like the Italians, but their song is pure tribute to the no-rules inventiveness of the 1960s McLaren Can-Am race cars that built the legend. 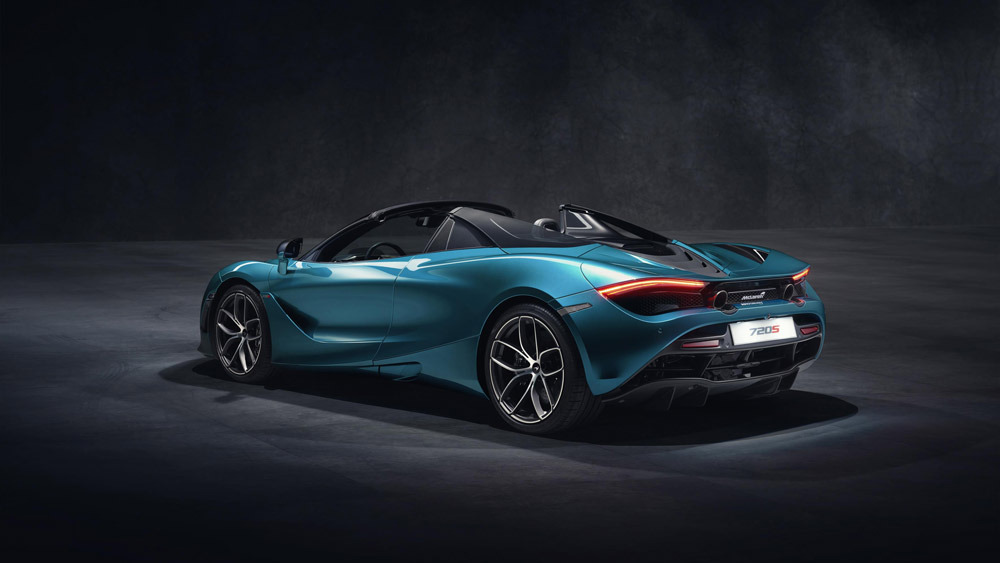 In Track mode, the 720S Spider will cover the standing 400 metre in 10.4 seconds—yes, a 10-second run—and the gearbox and engine can do it time and time again. This Spider of Woking reaches 100km/h in 2.8 seconds, roughly comparable to the Porsche 911 Turbo S. If you’ve felt the punch to the shoulder of a shotgun, then the sharp, precise hit to the lower spine in full-attack Track mode will be oddly familiar—the delicious sound of perfect rear-wheel spin serving as aural reward. Yet scripting for the boomer V8, dual-clutch gearbox, and traction-control system in the default and Sport modes transform the car into a placid, relaxing sports car for long weekends in the wine country.

In less than a decade, McLaren has evolved radically from the depths of despair of the early MP4-12C to the wave of products arriving in the next few years. The company’s cars are fully realised, richly characterful English counterpoints to Ferrari, Porsche, and Lamborghini. The racers of Woking are well-honed weapons of speed.