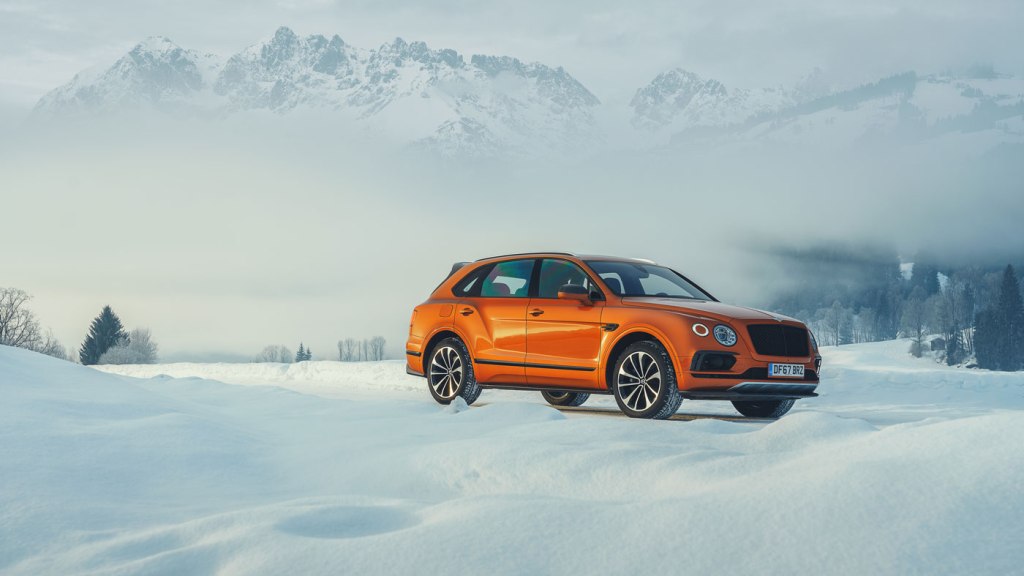 The 542 hp SUV carries a four-liter, twin-turbo V-8 engine and a wealth of refinement.

Two years on from launching one of the world’s most luxurious SUVs, Bentley — the nearly century-old British automaker—is launching the Bentayga V8.

What’s new? Most importantly perhaps is that alpha-numeric bit that follows the Bentayga name. It signifies the new 542 hp, four-liter twin-turbo V-8 engine, which generates 568 ft lbs of torque.

Robb Report recently set off to the Austrian and Swiss Alps to stretch the new model’s legs on some exceptionally scenic roads.

The Bentayga V8 bears many of the same aesthetics of its W-12-powered sibling, with four round LED lights up front, the same stance, muscular arched shoulders, and a familiar silhouette. 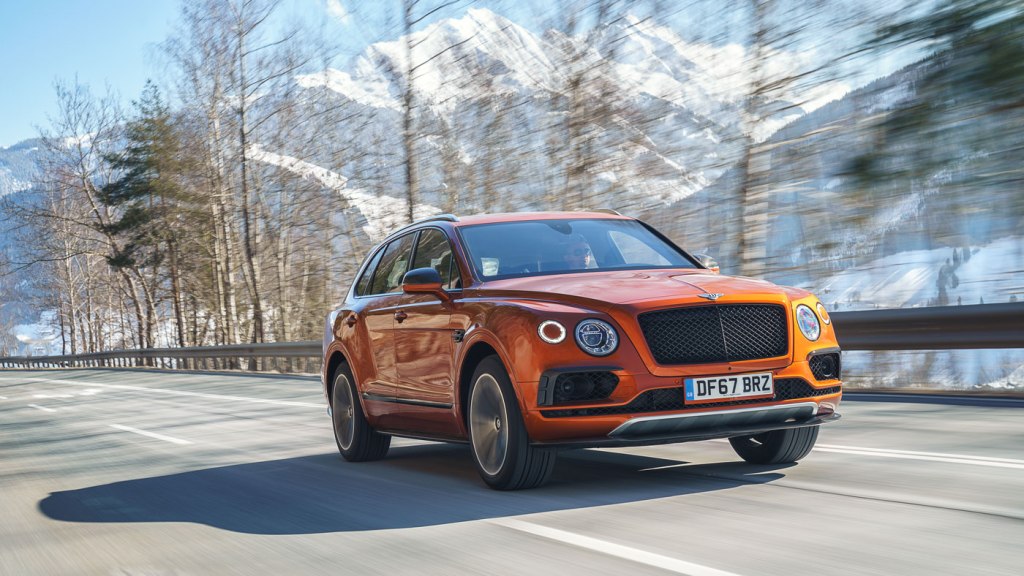 The Bentayga V8 bears many of the same aesthetics of its W-12-powered sibling. Photo: Bentley

But most notably, the matrix grille swaps the chrome treatment for a black finish, a subtle enhancement to our eyes. Not to be left out, the rear end gets a subtle tweak, as well—the twin pipes are made to look like quad pipes to further call out the difference under hood.

The Bentayga variant hides a 542 hp, four-liter twin-turbo V-8 engine under its hood.A final exterior touch is the new five-spoke wheels with a dark metal finish, one of 11 possible styles on either 21- or 22-inch wheels.

The interior remains among the plushest of any SUV currently on the market, and regardless of if you’re up front or in the back, you’ll appreciate the craftsmanship and attention to detail. A high-gloss carbon-fiber treatment is a new sporty touch that’s optional. 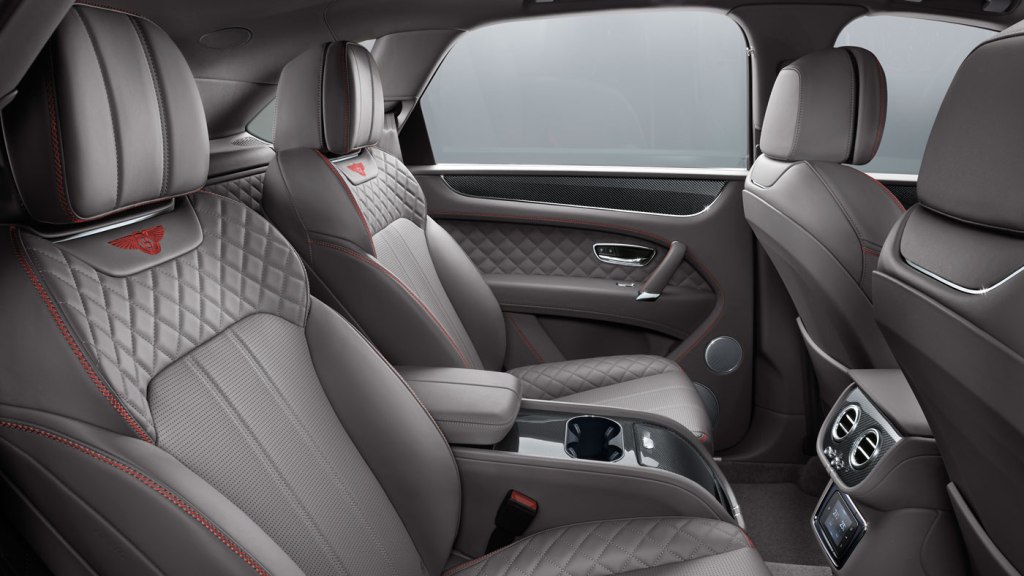 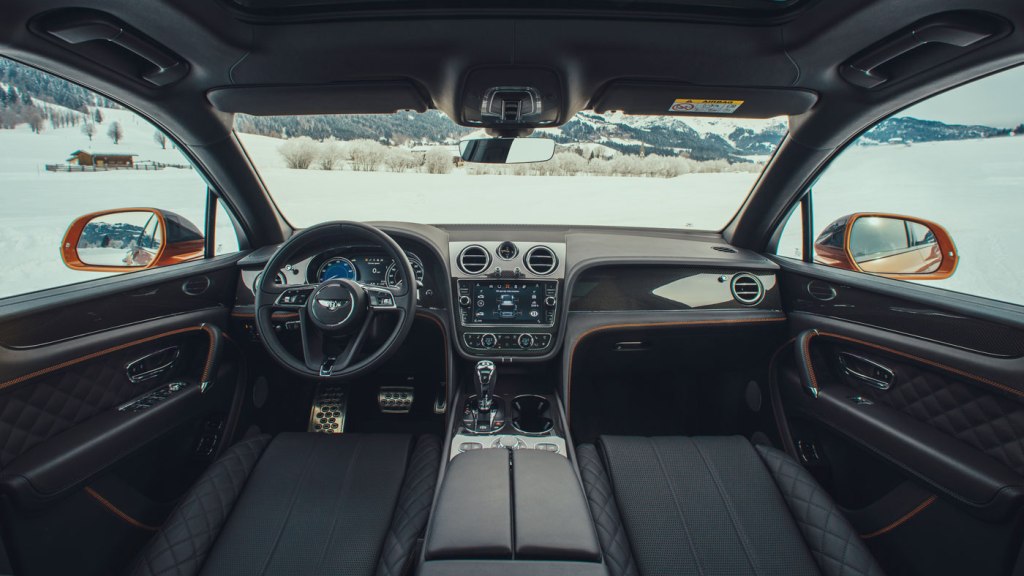 Before hitting the road, we put the Bentayga V8 through its paces on an ice track in the famed Kitzbühel region. The grunt and burble of the V-8 is heard immediately, and it gives the new Bentayga variant’s soundtrack an entirely different character compared to the original version.

With settings on, we lap the slalom, track, and drift circle portions with remarkable control on our intended line. Considering the tires are whizzing across actual ice, the ability to remain in control almost effortlessly is a small miracle of modern technology.

The optional electronically assisted roll bar makes the luxe SUV feel exceptionally planted. Ease up on the systems, and you can achieve a rear-end ice drift—a little intentional sliding should you fancy it. 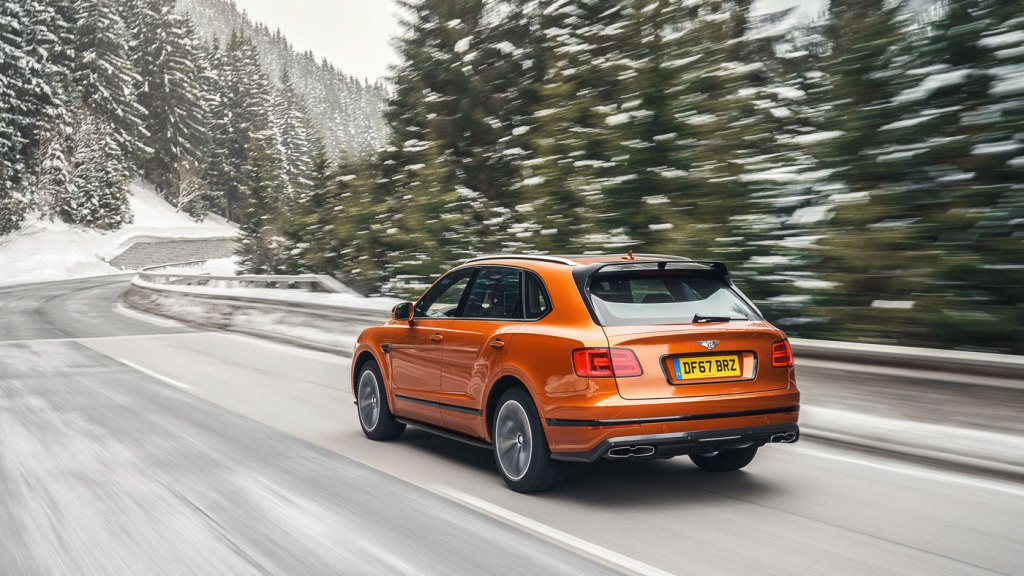 On a fortuitously desolate stretch of alpine road, we were able to push the Bentayga V8 and gauge its usable performance further. With our right foot on the right pedal, the twin-scroll turbos engage, all eight cylinders hammer down, and we propelled well past freeway speeds in an unreasonably quick amount of time.

This should come as little surprise, as the Bentayga V-8 touts a zero-to-60 mph time of just 4.4 seconds and can tap into its full torque range before hitting 2,000 rpm, meaning a bounty of low-end power is ready instantaneously.

The Bentley Bentayga V8 boasts a top speed of 180 mph, seven fewer than the W-12 model, but it’s really a matter of bragging rights at that point. Given the smaller engine, the Bentayga V-8 is lighter, too, but not by much. A mere 100 pounds or so separate the two cars, but the V-8 does feel sprightlier and even quicker, though it’s technically not. One aspect that’s most certainly not a mind trick is the starting price of $165,000, which makes it the most accessible vehicle to bear the Bentley badge.