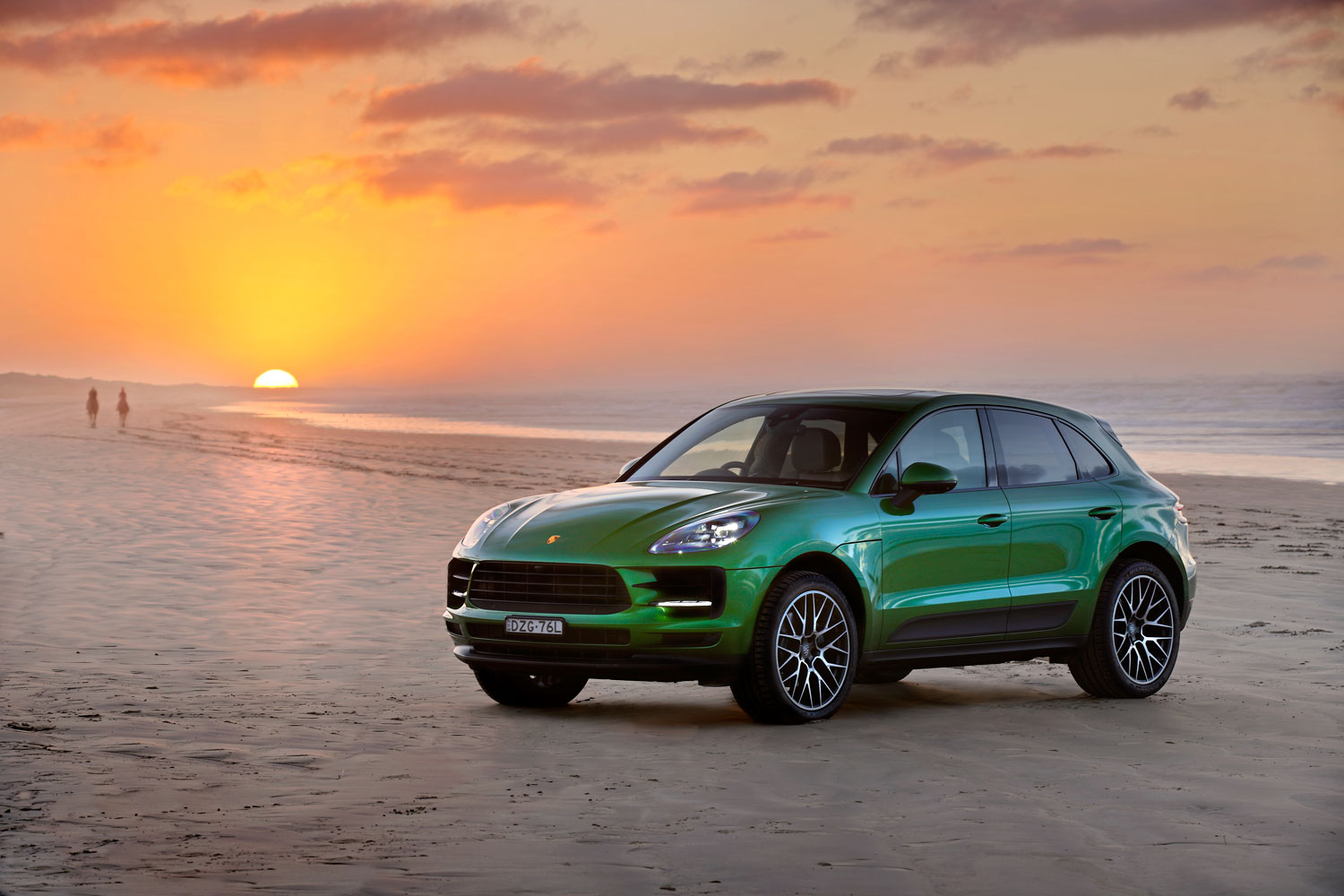 The most popular and affordable Porsche just got even more appealing

The least expensive Porsche you can buy is also the brand’s most successful model – and it isn’t a sports car at all, but a mid-sized SUV, the Macan.
Since its launch in 2014 the five-seater was quick to account for around 50 per cent of the brand’s Australian sales of around 4000 units per year.

Add in the larger Cayenne, and SUVs typically account for 75 per cent of Porsche’s presence in the annual sales charts – leaving the brand’s more front-of-mind, focused sports cars scrapping over the remainder. 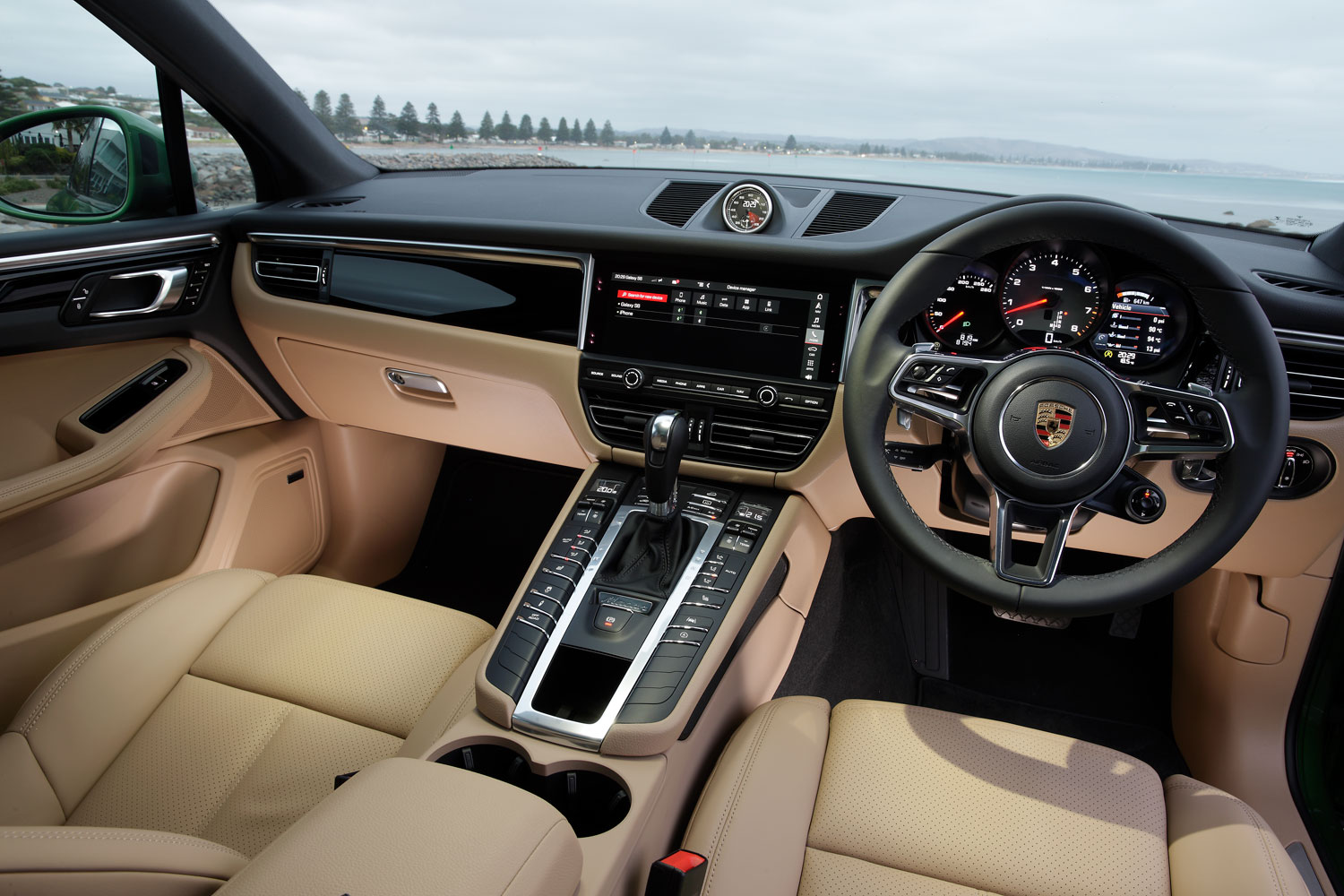 With so much riding on the Macan, Porsche hasn’t taken lightly the model’s first facelift in four years, launched earlier this week in rural Victoria.

While only Macan S models were present at launch, pricing was announced for the entry-point four-cylinder Macan, which will kick off at $81,400 including seven-speed PDK transmission as standard.

The Macan S starts at $97,500, with V6 turbo power and seven-speed PDK. All but inevitably, even more sports-focused GTS and Turbo versions will follow.
It will likely be the Macan Turbo that comes closer to fulfilling Porsche’s intention that, while not every Porsche is a sports car, it should be the sportiest in its category … and the potent Alfa Romeo Stelvio Quadrifoglio, with 375kW, more than has the measure of the Macan launch versions. 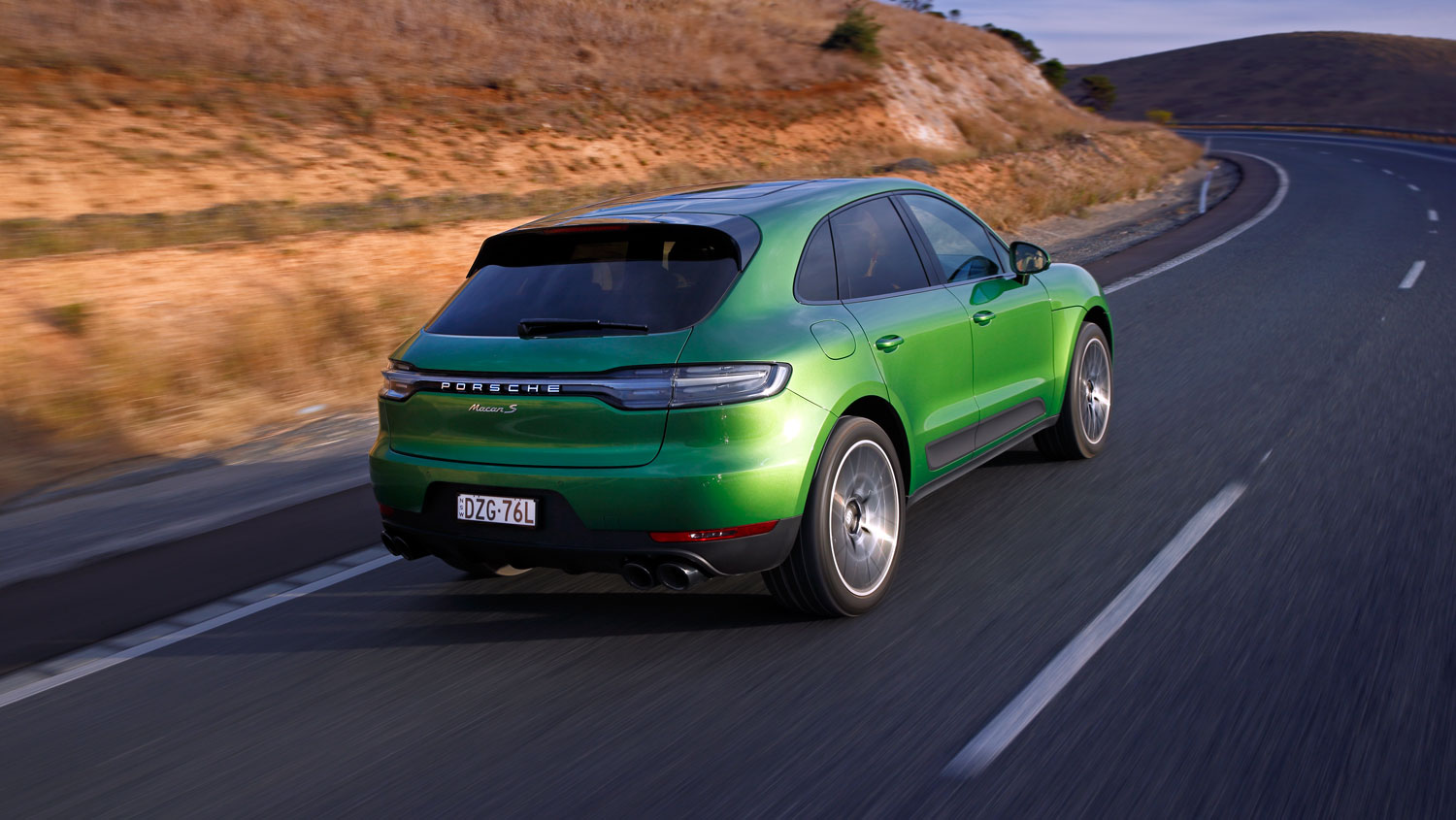 Absent is a diesel version, Porsche joining its parent Volkswagen (and most of the automotive industry) in now quickly distancing itself from the former darling of the fuel economy-conscious. Porsche has invested heavily in its E-Hybrid technologies and insists that the petrol/electric powerplants are now approaching diesel-like fuel economy.

Certainly Porsche needs to present a strong argument with E-Hybrid, particularly to customers of the larger Cayenne SUV, sales of which had been around 50/50 diesel versus petrol.

The Macan S’s 3.0-litre V6 is admirably potent – with 0-100km/h acceleration in 5.1 seconds – and not without technical interest, in having its twin-scroll, single turbocharger mounted topside, in what’s known as a “hot vee” configuration. Extremely precise and admirably advanced fuel injection helps the 1865kg Macan S to a fuel consumption average of 8.6 litres/100km.

The 2.0-litre four-cylinder turbo engine of the standard Macan, meanwhile, is not the “flat four” unit used in the 718 Boxster and 718 Cayman two-seater sports cars, but an Audi-sourced, in-line unit.

The redesigned imnterior is immediately recognised by a large, 10.9-inch central information display (replacing a 7.2-inch unit). It’s the portal to a new level of connectivity, including onboard navigation connected to “Here Cloud” for real-time updates for fast route calculation, and voice command and haptic-generated menu pop-ups.