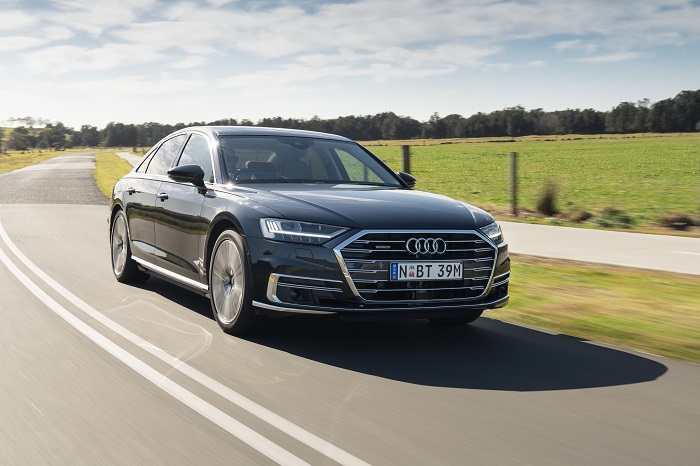 And it doesn’t hold back.

Audi’s all-new A8 flagship, which goes on sale today, continues a tradition that began in 1994, when Audi’s first full-sized limousine stepped into the arena with Mercedes-Benz’s S Class and the BMW 7 Series.

That first-generation A8 went into battle with a suite of smarts that included an all-aluminium construction. Ever since, Audi’s flagship model has provided the most unfettered example of the brand’s long-running slogan, Vorsprung durch Technik (“progress through technology”). 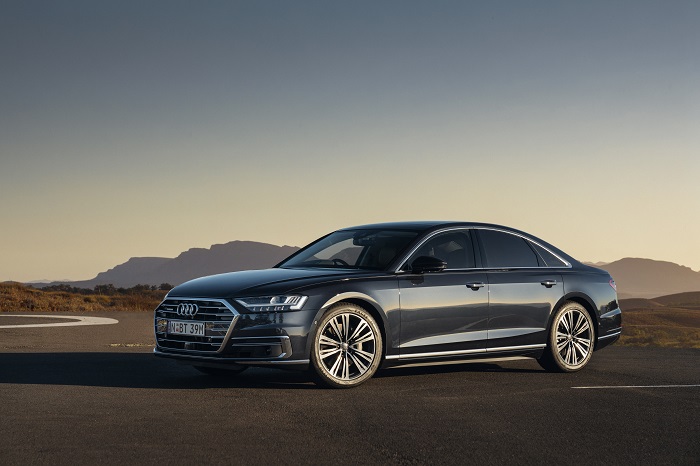 The new Audi A8, which comprises two main versions (50 TDI diesel quattro, from $192,000, and 55 TFSI quattro from $195,000) with a 130mm-longer wheelbase ‘L’ variant of each (adding $15,000), is the first production model to include future compatibility with Level 3 autonomous driving – in which “safety-critical functions” of steering, braking and accelerating are handled by the car, albeit only up to 60km/h. The new A8 has also been developed with “pilot” functions wherein the driver can remotely park it in the street or in the garage.

Unfortunately, those features must be admired from a distance: Australian legislation has yet to catch up with these capabilities.

What can be admired immediately is the handsome, dignified exterior styling –at last, easily distinguishable from smaller models – and a quite stunningly spacious and elegant interior that introduces an all-new, touch-based MMI infotainment system. 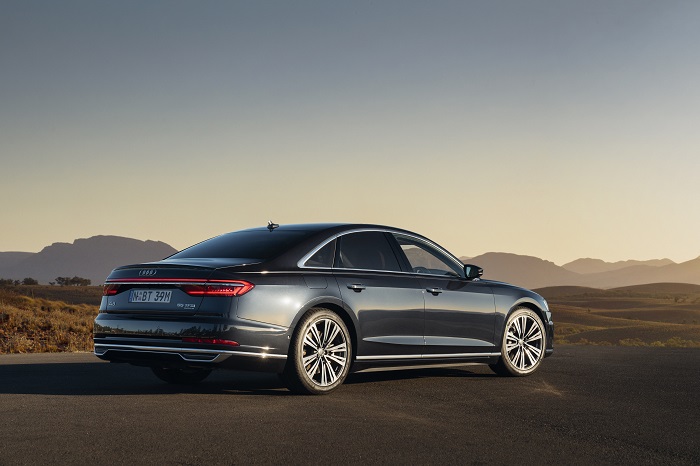 The latter, in complement to the excellent Virtual Cockpit instrumentation ahead of the driver, separates the menus for media and on-board systems from those of climate and comfort, presenting them on two large, stacked touch screens.

Powering the new A8, at least initially, are a 3.0-litre TFSI twin-turbo V6 petrol engine developing 250kW/500Nm, and a 3.0-litre TDI diesel with 210kW/600Nm. Both, significantly, are “mild hybrid” units, with a 48-volt electrical system contributing to a belt alternator starter unit that enable to A8 to coast with the engine off, at speeds of between 55 and 160km/h. Both engines drive through an eight-speed Tiptronic transmission and, naturally, quattro all-wheel drive. 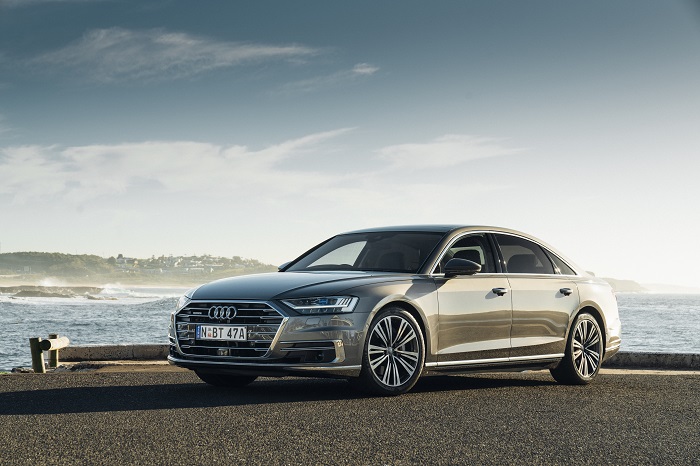 Audi doesn’t hold back on the standard equipment, which includes such as a 17-speaker Bang & Olufsen 3D sound system, panoramic glass sunroof, 360-degree cameras with 3D view and one of the most comprehensive passive safety packages on the market today.

Beyond that, however, a well measured range of extra-equipment packages includes a $11,000 Premium Plus package (20” wheels, extended leather interior, privacy glass, front seat ventilation and more), and a $9950 Sport package (21” wheels, dynamic all-wheel steering, exterior sports styling), among others that enable buyers to tailor their A8 to their tastes.