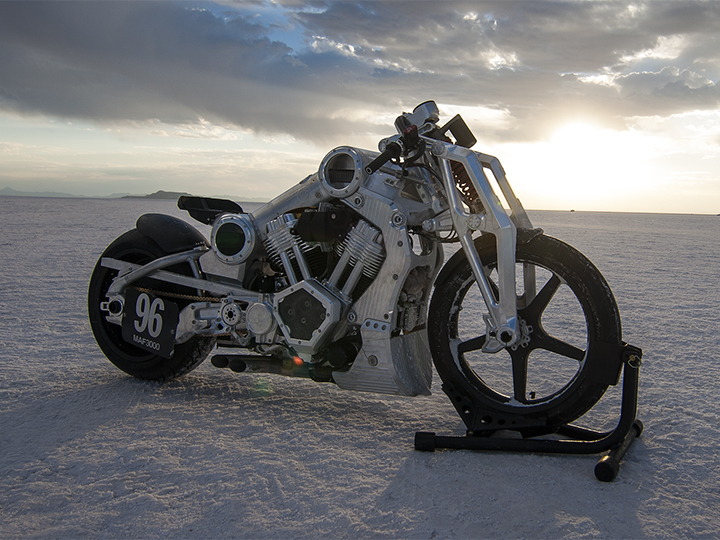 The Steampunk bikes you won’t see on the road

Rare and magnificent, these motorcycles are difficult to find and costly to purchase.

There are now about a dozen Confederate motorcycles in Australia, but the chances of one roaring past you in traffic are even slimmer than that figure might suggest. These hand-built examples of American ‘steampunk’ can cost a quarter of a million dollars apiece, and are considered works of art as much as motorcycles.

“Most people put them on display somewhere, or take them straight to the man cave,” says Joshua Pilley, from Australian agent Urban Moto Imports (confederate.com.au). He believes some Confederates are never ridden at all, while only a tiny percentage make it onto public roads. The premium models aren’t homologated for local registration, but that hasn’t deterred two Australians from signing up for the forthcoming FA-13 Combat Bomber. The base price is $235,000, but Confederate buyers tend to specify extensive customising. Different leathers, finishes and carbon-fibre weaves are on offer, along with more comprehensive ‘bespoking’.

Every Confederate is a limited edition. Only 13 Combat Bombers will be made. Urban Moto Imports says one example of the $200K-plus R131 Fighter is already here in the hands of a Victorian collector, while a P51 Combat Fighter (pictured above, in raw aluminium and anodised versions) is literally on its way. A run of 61 of these is to be completed, with 31 in raw finish, “carve marks and all”. Each chassis is machined from nearly one tonne of military-spec 6061 billet aluminium. Confederate has been building motorcycles in the southern states of the US since 1991 and is now situated in Birmingham, Alabama. Its in-house, air-cooled V-twin engine displaces just under 2.2 litres and puts out 108kW and 217Nm. The claimed top speed for the P51 is 165mph, or 266km/h. You might not see that going past you, either.