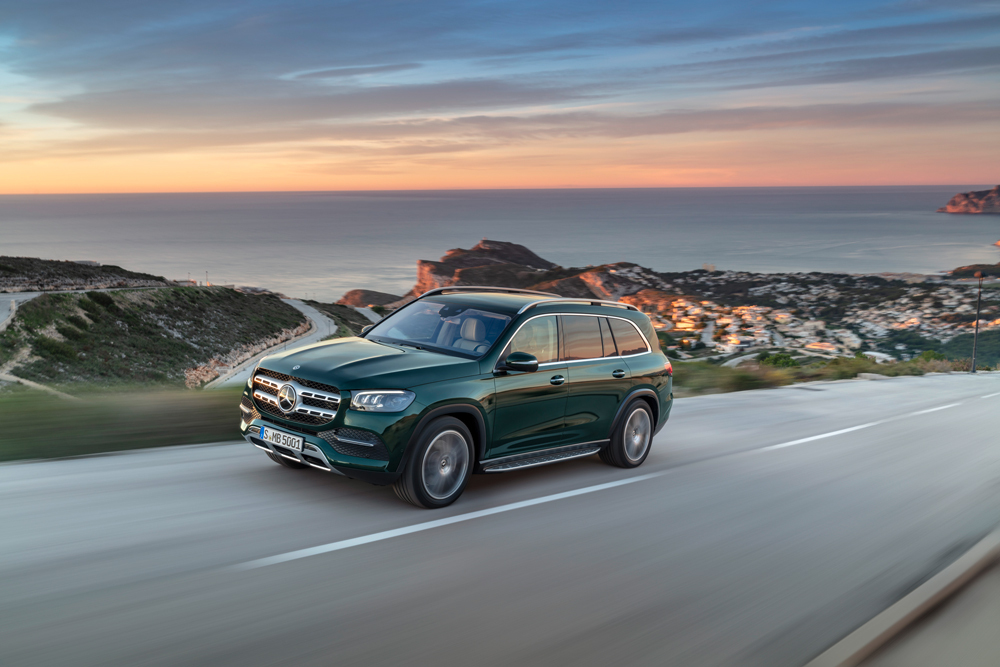 The German marque’s full-size SUV is a smooth operator with plenty of built-in bravado.

The latest version of the full-size Mercedes-Benz GLS SUV features a rugged yet elegant redesign, improved technology and a more spacious cabin. Hailed as the S-Class of SUVs, the new look of the GLS follows the German marque’s overall mantra of “sensual purity.” However, whereas the sedan lineup appears more sleek and sexy, the GLS—as with other recently redesigned Mercedes-Benz SUVs—cops a lot more attitude, while still maintaining the air of refinement expected from a flagship luxury vehicle.

A more upright front grille is reminiscent of the iconic G-Wagen, while a chrome underride guard, twin power domes on the hood, and black wheel-arch claddings hint at the vehicle’s utilitarian capabilities. “You have the character of an off-road vehicle, but at the same time this expression of modern luxury, plus all the new technology,” says Gorden Wagner, Mercedes-Benz’s chief design officer. “It’s the best of both worlds.” 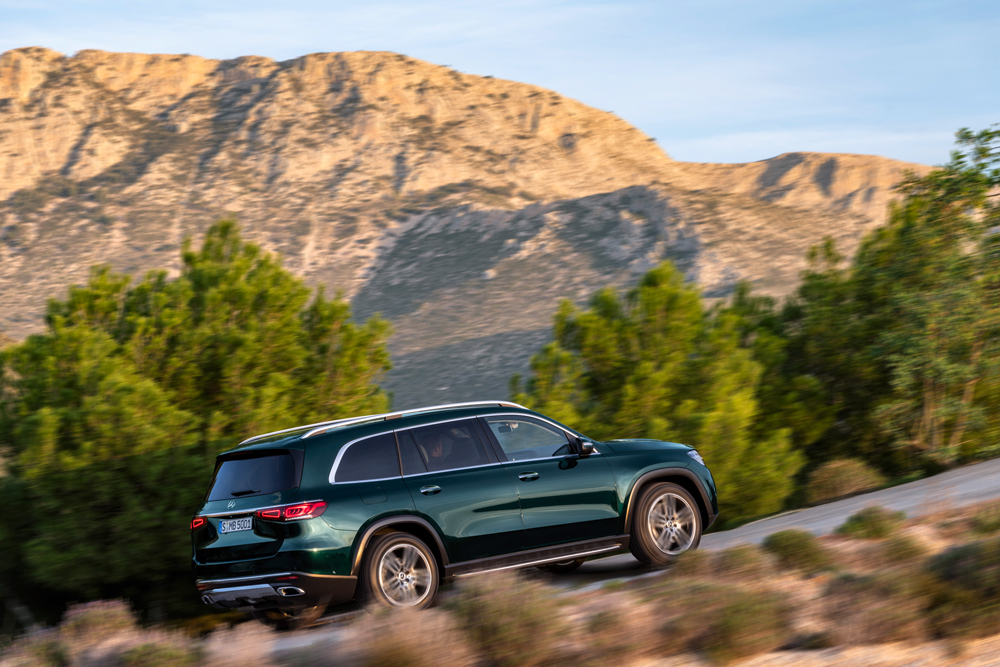 The two models destined for the U.S. employ mild hybrid technology, combining gasoline power with a 48-volt electric starter-generator to help with low-end torque and to provide a temporary power boost of up to 15kW. The GLS 580 4MATIC will use a new 4.0-litre turbocharged V-8 good for 360kW and 700Nm torque, while the GLS 450 4MATIC comes with a 3.0-litre inline-six engine that makes 270kW and 500Nm torque. Both use a 9-speed automatic transmission and come standard with variable all-wheel drive. An optional E-Active body control feature allows the vehicle to wriggle itself out of mud or sand, and was something we have tried on the new GLE-Class. 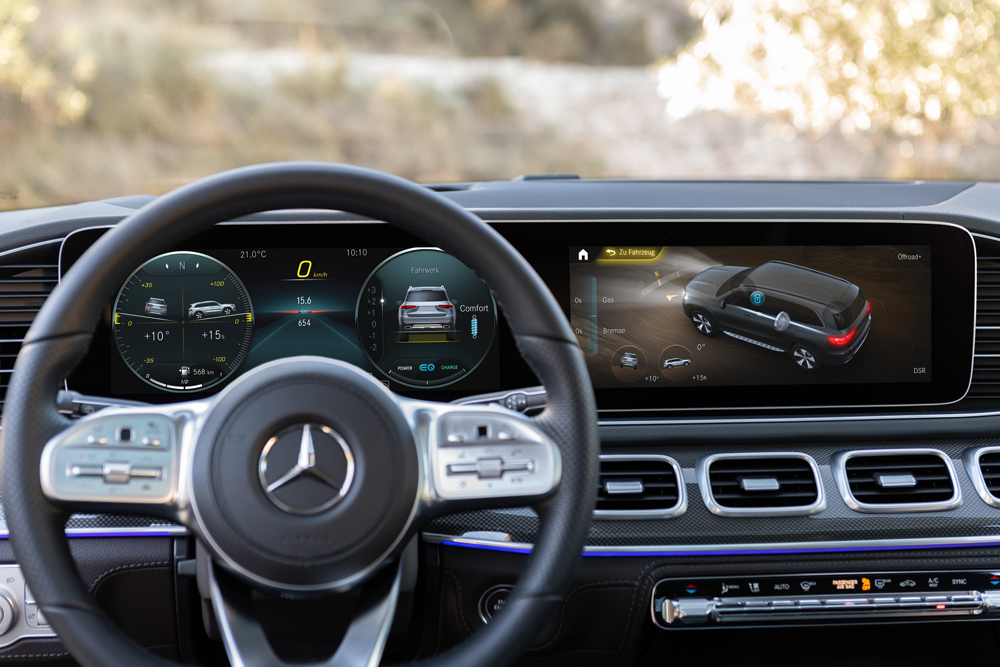 The interior is every bit as sumptuous as the S-Class and then some, with dual widescreen displays, rich leather upholstery and open-pore wood trim. The GLS also gets the new MBUX interface, already found on the GLE and the newly released A-Class, featuring a voice-activated assistant that can adjust the temperature, find a destination, turn on the massage, and provide a plethora of other information via natural conversation. Cabin spaciousness is increased thanks to a stretched wheelbase, which translates to more interior room, especially in the rear seats. The three-row configuration can fit seven with the middle bench seat, or six with optional captain’s chairs. An executive rear seat package includes a tablet in back to control the car’s various functions. The third row isn’t just for kids, either; there’s enough headroom for adults up to 6-foot-4-inches tall, and all seats can fold down with the touch of a button. 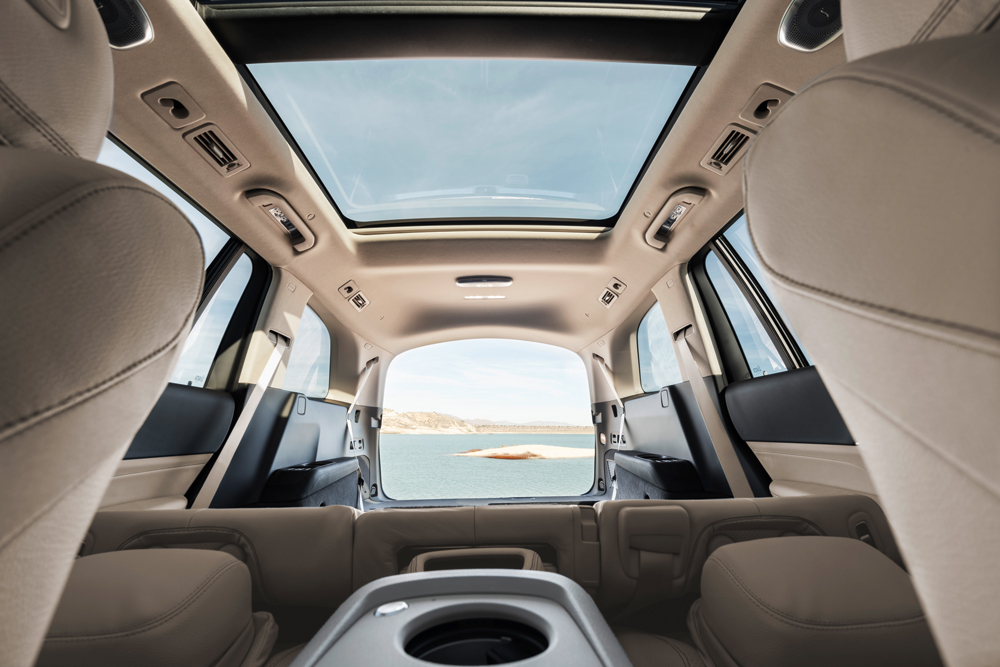 As with the S-Class sedan, the GLS-Class is capable of semi-autonomous steering, accelerating, and braking and comes with a host of available safety features, such as active lane keeping, evasive steering assist, automatic distance control and blind spot assist.

The 2020 Mercedes-Benz GLS-Class is expected to arrive in dealerships by the end of this year, with pricing to be announced closer to the on-sale date.