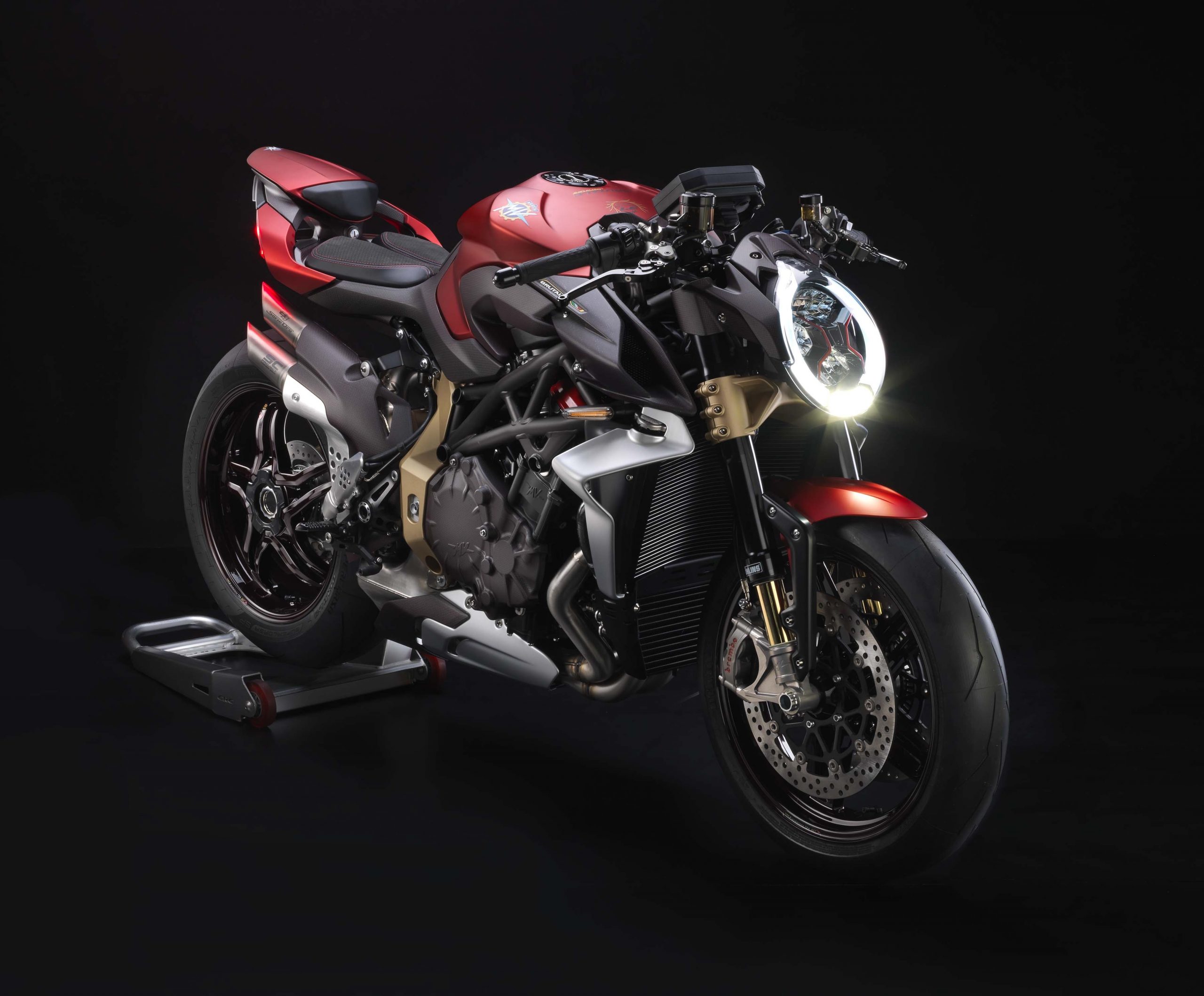 With a 300km/h top speed there’s a lot more going on under the body than meets the eye.

What started as a passion for flying machines over 100 years ago, has since become one of Italy’s leaders of the motorcycle world. After launching in 1945, MV Agusta built a reputation as a brand with an avionics history and a passionate racing soul. Since the air-cooled, two-stroke, 98cc MV 98 was released, their power has accelerated, evolving from a single-cylinder engine into a four-cylinder standard across the MV Agusta range.

Once more, MV Agusta have set the bar as the fastest naked motorcycle in the world with the release of their Brutale 1000 Serie Oro, setting the standard in racing and “naked” sports motorcycles. With only 300 of the edition produced worldwide, there will be even less allocations available in the Australian market. Thankfully, David Song was able to ensure that MV Agusta collectors would be able to get their hands on the beastly bike. 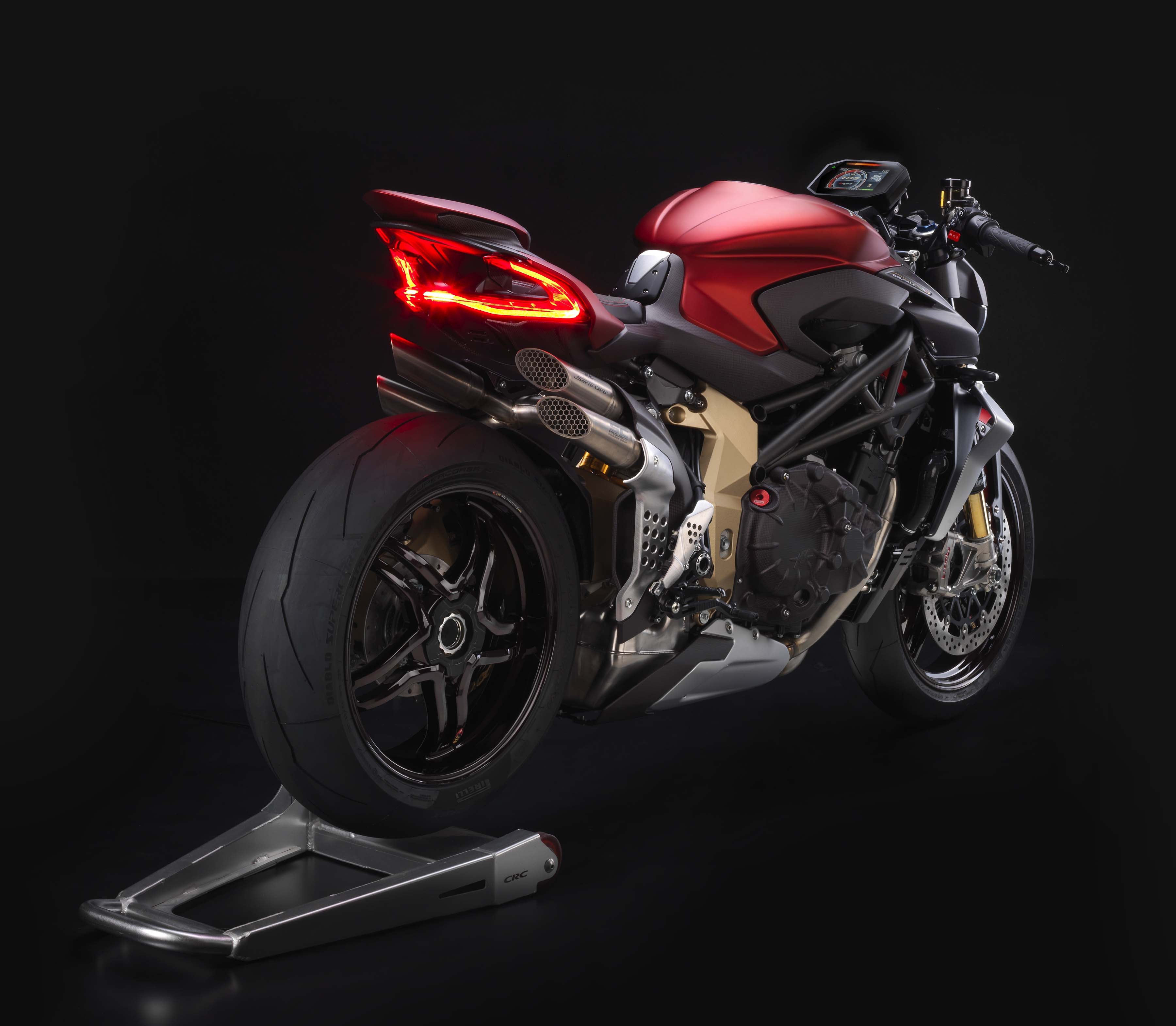 “The Brutale 1000 Serie Oro ushers in a new era for MV Agusta – furthering the use of advanced materials that is both aesthetically pleasing and increasing the performance of the motorcycle. Combined with a 156kW engine, a comprehensive chassis and an electronics package, MV Agusta have outdone themselves for the hyper-naked segment. MV Agusta Parramatta, Sydney, have secured a number of allocations for Australian buyers of this limited-edition motorcycle before the allocations were depleted world-wide.”

It has been associated with World Superbike Championship contender – the F4 RC Superbike, and it’s not difficult to see why. Ripping up roads with a peak torque of 115Nm at 9300rpm the sound will roar through the hallmark four-exit titanium exhaust.

Titanium bolts, connecting rods and lightweight carbon fibre wheels with translucent red finishes are part of the bespoke materials that have been stylised with matte-carbon with red thread throughout. The sleek design has resulted in a total dry weight of 186kg. This series has allowed for innovative technical design to further the evolution of the MV Agusta style, leaving only a few castings of the typical form in the process. 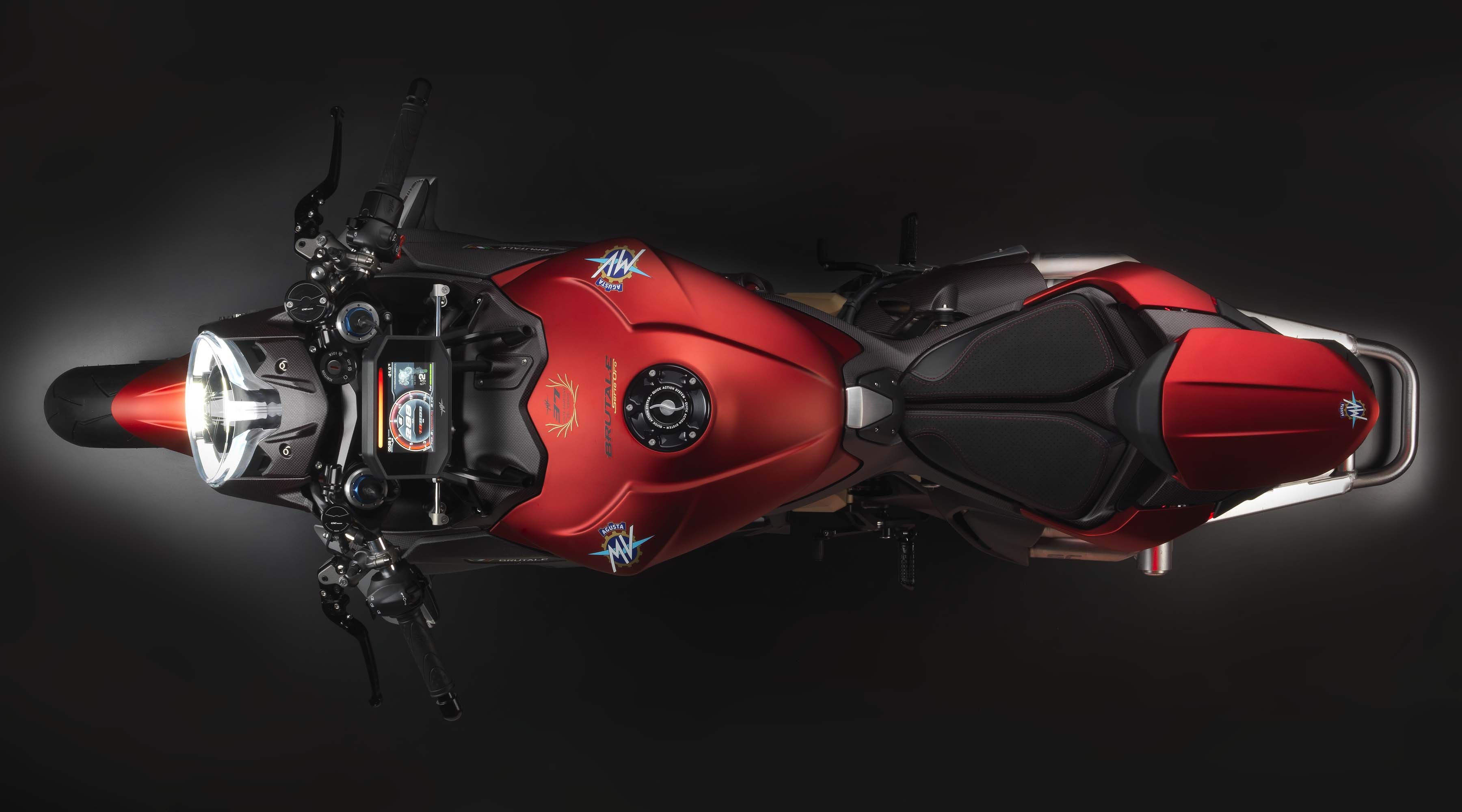 Of course, the Brutale kept the character-defining elements of the headlight, fuel tank and tail design- a nod to MV Agusta heritage that led us to the first Brutale produced in 2001. The LED headlight controlled by the inertial platform with cornering lights making riders able to illuminate turns based on lean angle. 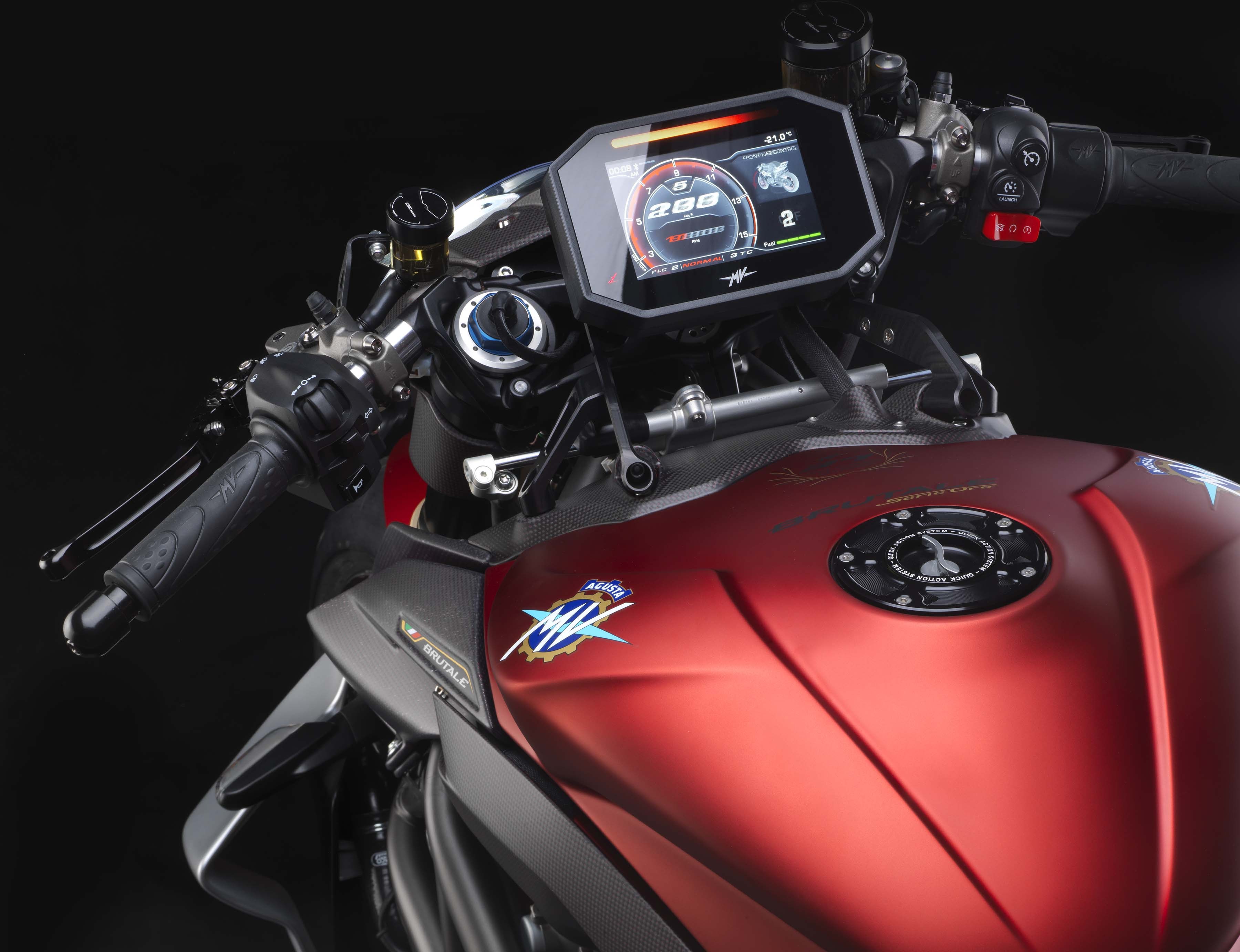 The Serie Oro has adopted an integrated MVICS system that includes full multi-map Ride by Wire throttle control with eight-level traction control and the standard feature Up & Down EAS 2.0 electronic gearbox and hydraulic clutch with mechanical slipper device will feature on this version. 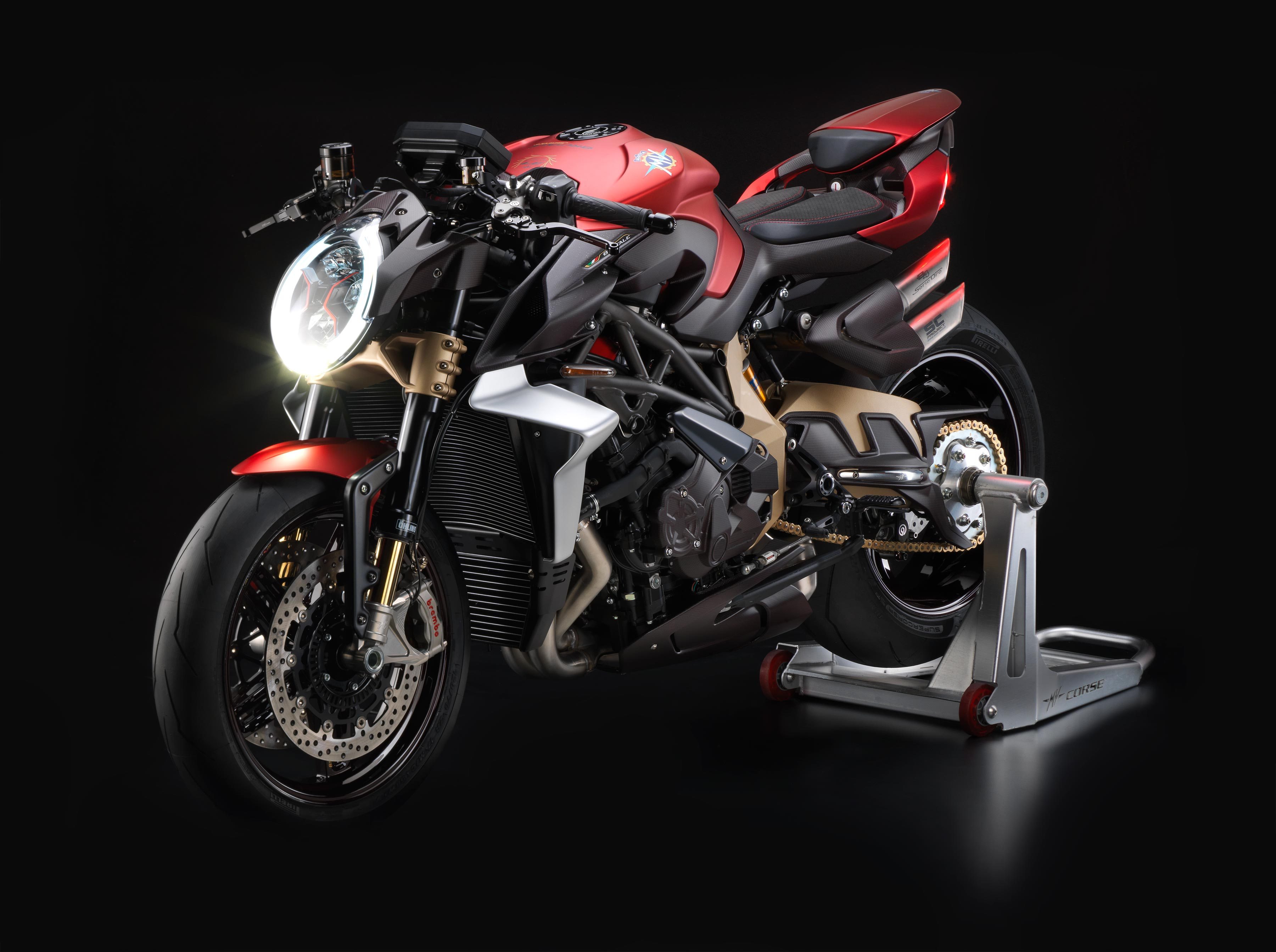 The MV Agusta Brutale 1000 Serie Oro has honoured their recognised aesthetic without compromising on innovative design features. No doubt the model is uniquely created with the intention to turn heads, just don’t blink or you may miss it.

Available to purchase at your local MV Agusta dealership for $71,990 (RA), see the video below to see more about the MV Agusta Brutale 1000 Serie Oro.