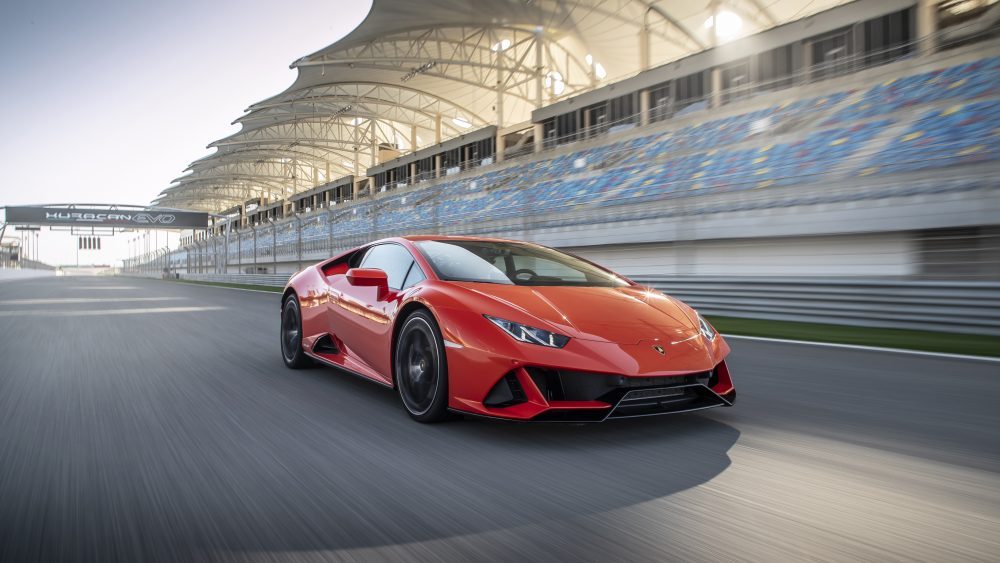 It can predict your actions and prepare accordingly within 20 milliseconds.

After Lamborghini’s Huracán stormed the scene in 2014, a surge of variants followed that showcased the marque’s innovations, including the Performante’s acclaimed ALA system of active aerodynamics. Replacing the original coupe, the marque’s latest automotive tempest, the Huracán Evo, represents a new benchmark for the brand—a car that knows the future, or at least has a pretty good guess.

The Evo’s ability to predict driver intent comes from its Lamborghini Dinamica Veicolo Integrata (LDVI), tongue-twisting technology that took roughly 30 months to develop. It comprises a super processor that monitors and adjusts the car’s already fine-tuned systems, such as all-wheel steering, torque vectoring and advanced traction control (to name just a few), in order to constantly foretell the pilot’s actions and prepare accordingly within 20 milliseconds.

“LDVI uses all the input data you can give the car—how fast you push the accelerator or brake, how fast you release, the way you touch the steering wheel—to anticipate and align the car to your wishes in the blink of an eye,” says Lamborghini’s chief technical officer, Maurizio Reggiani.

Further distancing itself from the first Huracán, this successor presents improved body styling and air-flow features—including new side air intakes, rear slotted spoiler and rear diffuser—that bolster aerodynamic efficiency by six times and downforce sevenfold. The vehicle, developed to be Lamborghini’s two-door daily driver, does not have the Performante’s track prowess (or rear wing) but is not far afield, especially since it shares the latter’s 477kW, naturally aspirated 5.2-litre V-10.

My turn behind the wheel came recently on the Bahrain International Circuit’s 5.3km track. The LDVI-enhanced handling paired with carbon-ceramic brakes instantly translated responses to the customized Pirelli P Zero tires as they bit the circuit’s serpentine aggregate. On the straightaways, the engine’s soundtrack rose from whine to war cry as I quickly closed in on 273km/h, still well south of the car’s 325km/h top speed. It was impossible to not be impressed, but then, the Evo already knew I would be.