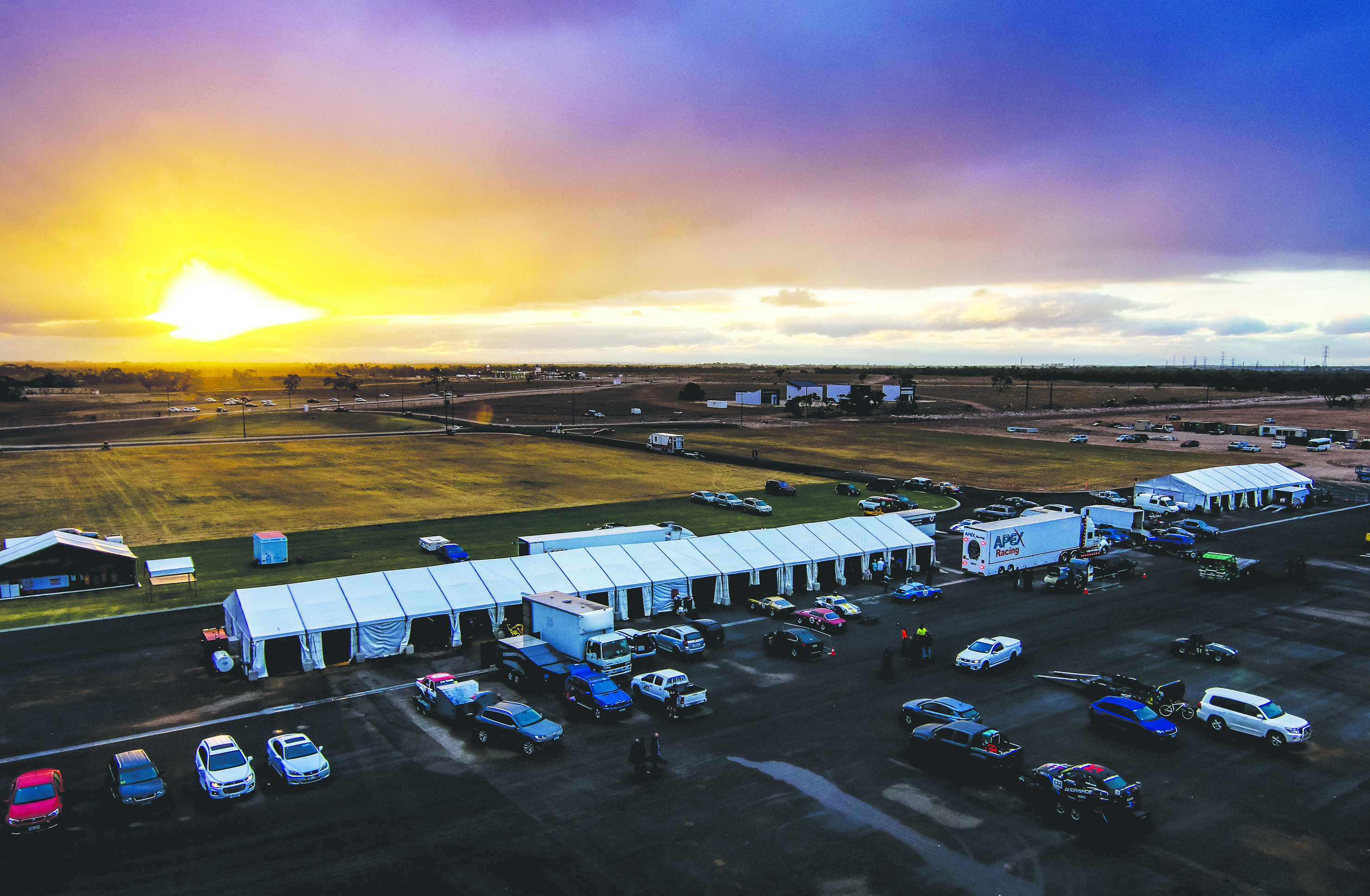 World-class facilities are a boon for racers and track-day enthusiasts alike.

To those with long-ish memories and a passing knowledge of Australian automotive manufacturing history, the town of Tailem Bend might ring a dim bell. Situated on one of the final twists of the Murray River, around 100 kilometres southeast of Adelaide, it was the site of the rudimentary proving ground of Mitsubishi Motors Australia Limited until that company ceased manufacturing in 2008.That same 730-hectare site, on the southern outskirts of the town, is now in the international motor sports spotlight.

In April last year, it opened as The Bend Motorsport Park, a top-notch motor racing complex driven by the initiative (and some $100 million in funding) of a private South Australian company.Along with the aim of attracting international car and motorcycle races, The Bend’s on-site hotel, lounge areas, villa complex and car storage have made it a hub for automotive industry events – and a luxury playground for high-performance and supercar owners.

The Bend is proclaimed as Australia’s first purpose-built motor racing facility in almost 20 years. That’s made me reflect on other circuits that have come and now mostly gone, many of them having been built around the time of my birth – into a motor racing family – in 1962.

Of course, there was the annual pilgrimage to Mt Panorama, Bathurst – and although that circuit’s construction in 1938 long pre-dated me, I had arrived in time for its first hosting, in 1963, of the ‘500’, forerunner to today’s 1000-kilometre touring car race. Clearly, in the ’60s there was a trend to take the motor racing to the people.Since, say, the ’90s, a more typical story has been that of residents and developers moving in, feigning ignorance of the 100-hectare motor racing complex next door, and proceeding to complain about the weekend noise and traffic.

Thus have many of my childhood playgrounds disappeared into the suburban sprawl. The new Tailem Bend circuit fits the current fashion among purpose-built circuits, being on a major transport route, some distance from a major city. Recent international equivalents like Motorland Aragón (Spain), Portimão (Portugal), Chang (Thailand) and Termas de Rio Hondo (Argentina) aren’t within cooee of a capital – but that barely matters to the 300 million people watching the telecasts of the MotoGP and Superbike world championship races held there.The Bend is just such a facility. It has been completed to FIA Grade 2 (one level below F1 compliance) standard for cars and FIM Category A for motorcycles, which includes the premier MotoGP world championship.

The Bend is claimed to be the second-longest permanent circuit in the world, behind Germany’s 20.8-kilometre Nürburgring Nordschleife. (The Le Mans 24-Hour’s 13.7-kilometre circuit borrows public roads). The Bend’s layout includes 35 corners and can be configured in at least eight ways, predominantly a 4.95-kilometre ‘grand prix’ and a full 7.77-kilometre ‘GT’ circuit.

All of which is golden for motor sports enthusiasts, but The Bend is no less a boon to driving enthusiasts and supercar owners who can no longer count on enjoying spirited drives on public roads.The Bend development already includes a 100-room, four-star Rydges Pit Lane Hotel on-site.

There are truly impressive pit garage and lounge complexes, and plans for a complex of more than 200 villas with car bays. Annual subscription packages provide members with track time and the enjoyment of driver tuition, lounge and pit facilities and other activities that include karting and off-road driving.Astonishingly, The Bend has been driven and almost entirely funded by a private business, South Australia’s Peregrine Corporation.

Owned by the Shahin family, Peregrine is a story in itself; in just 30 years, patriarch the late Fathi ‘Fred’ Shahin and his sons Sam and Yasser built one Adelaide suburban petrol station into a state-wide empire of fuel and convenience stores.Sam Shahin, a sometime Carrera Cup racer, unquestionably has his heart in the right place: last year, with The Bend well underway, the owner of the historic Mallala circuit, 60 kilometres north of Adelaide, passed away.

Shahin bought the circuit and will invest in its future, to preserve his home state’s motor sport history.