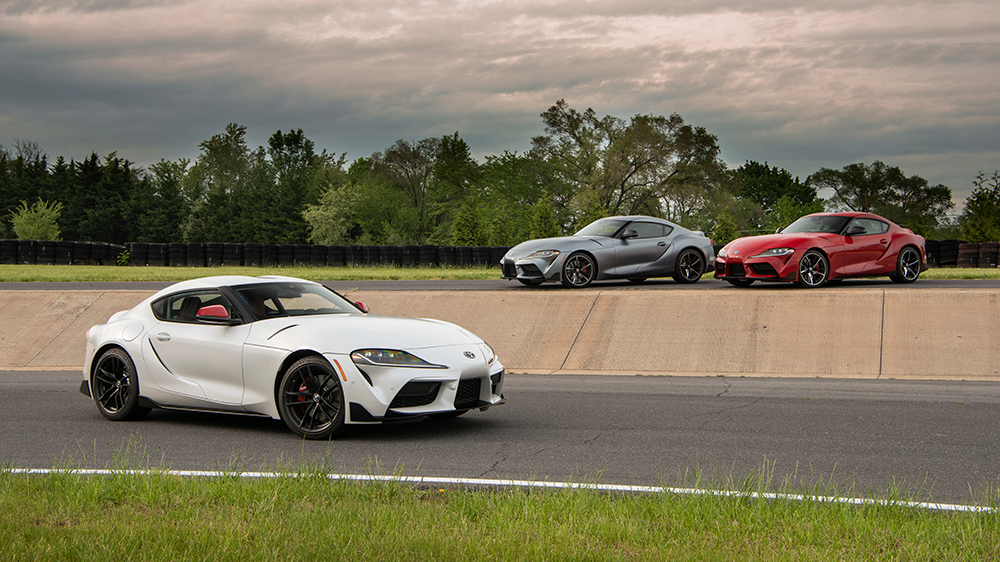 The 2020 Toyota Supra Is an Uncompromising Tour de Force

With its engine and suspension developed in partnership with BMW, the sporty coupe catapults up our list of favourites.

Buying a Toyota Supra has been an expensive proposition as of late. With early, pristine editions of the Mark IV Supra Turbo crossing auction blocks for $173,600 (around $252,075 AUD) or selling for $121,000 (around $175,000 AUD) on Bring a Trailer, demand for the Fast and The Furious poster child is at an all-time high. Which is why there was a groundswell of interest when Toyota debuted its 2020 GR Supra at the 2018 Detroit Auto Show, immediately followed by dissent from diehard enthusiasts.

The reason for ire? To produce what will ultimately be a low-volume vehicle, Toyota skipped pouring millions of dollars into research and development and instead tapped BMW to help create the engine and suspension. But are the haters right? Is the new Supra just a Z4 M40i in Toyota drag? After spending hours behind the wheel, lapping at Summit Point Motorsports Park, my answer is crystalline: No. 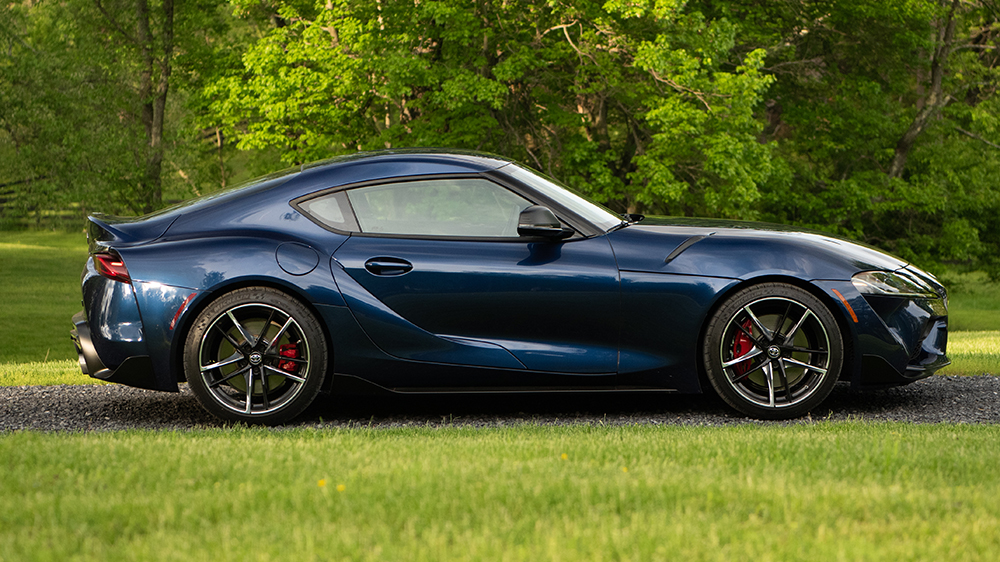 All arguments about Toyota diving deep into Munich’s parts bin are drowned away by the Michelin Pilot Super Sports tires screaming a glorious song as the Supra slashes its way around the 20 tight turns of the undulating and technical Shenandoah Circuit. Propelling the coupe is a single twin-scroll turbocharged inline-six, the same beating heart of the M340i and the Z4 M40i. Here, it’s tweaked to offer 250kW and 495Nm torque, which arrives in full gallop at an incredibly low 1600rpm. There’s no manual transmission (a proper shame) but the ZF automatic 8-speed does a perfectly acceptable job of helping you scramble from zero to 100km/h in 4.1 seconds.

At the rear, an electronically actuated, clutch-style limited-slip differential shuffles power back and forth in less than a fraction of a second, keeping you firing forward with little wheel spin. An adaptive suspension comes standard, and with the perfect 50:50 weight distribution, all of this works in concert to keep the 1540kg car planted no matter how hard you’re pushing it. And it’s a vehicle that enjoys exploring the limits. 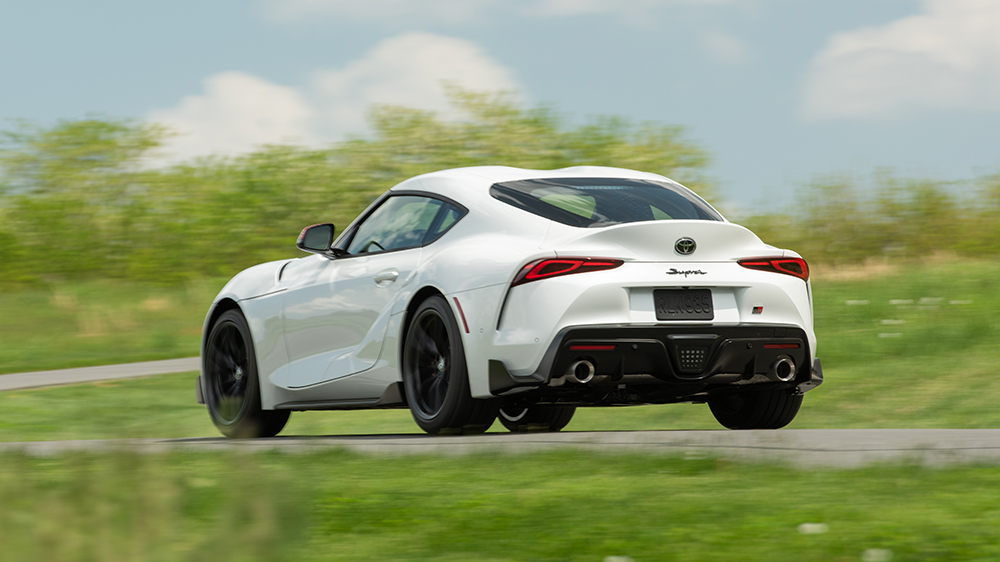 The Supra surges from zero to 100km/h in 4.1 seconds.
Photo: Courtesy of Toyota.

If you happen to be above 6 feet tall, as I am, you’ll find wedging yourself into the leather sport bucket seats—while wearing a racing helmet—a bit of a struggle, but once in there, the snug interior is spacious enough for serious track work. The padding that your right knee will rest on exists only because Toyota’s boss asked for more comfort there after repeated track sessions, and it ultimately proves to be a welcome addition. The collaboration with BMW is further evidenced with the interior and switchgear, which are all transplants from the German marque.

The Supra’s turn ins are sharp and immediate, and the Sport setting gives you an unflinchingly firm feel as you start to rotate the car. It pirouettes nicely if you’re driving a clean line, and you’re able to just hear a hint of squeal from the Michelins as you fire out from the apex onto the curbing. There’s no body roll, even at some ridiculous yaw angles, thanks to electronically adaptive gas shocks. It just flings in, when and where you want it to. The Brembo stoppers chomp down hard, especially at the end of spirited runs down the long back straight, when the speedometer can display 200km/h if you’re really on it. There’s no drama when you dive deep, even though there’s just a floating single piston employed in the rear. The confidence gives you freedom to brake later, and the nimbleness of the chassis means you can correct mistakes mid-corner, should you come in a little hot. 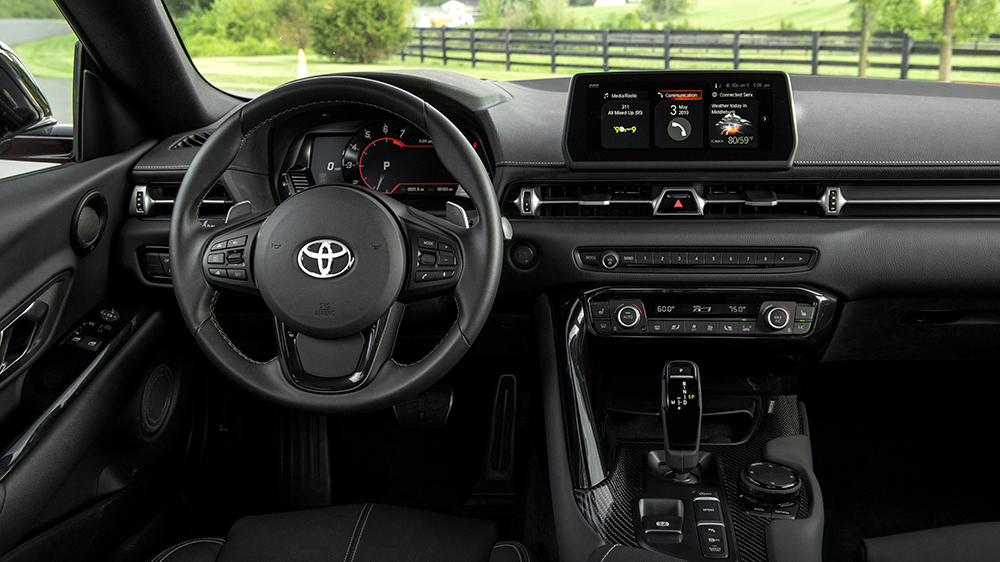 One of the Supra’s chief test drivers, Dutch racer Herwig Daenens, will tell you it was designed to be throttle-steered, demonstrating by overcooking a tight hairpin in the middle of the 3.5-kilometre circuit. With the car unsettled, a quick lift off the gas helps the weight shoot forward, the front tires bite and his right foot sinks again to plant the car and careen us around. “It’s that easy,” he shouts as we zip towards the next apex.

You don’t have to have a racing pedigree like Daenens to drive the Supra as deftly as he does. A giant chunk of what makes the Supra fun is its approachability. A fun chicane a few turns after the back straight is the ideal place to play with the sport traction mode, which lets you understeer in before snapping the gas to initiate a fun oversteer. Add some wheel and you’re able to slide around the three-corner exchange with laughable ease. Rinse and repeat and you’ll find the Supra’s predictability only heightens the experience. 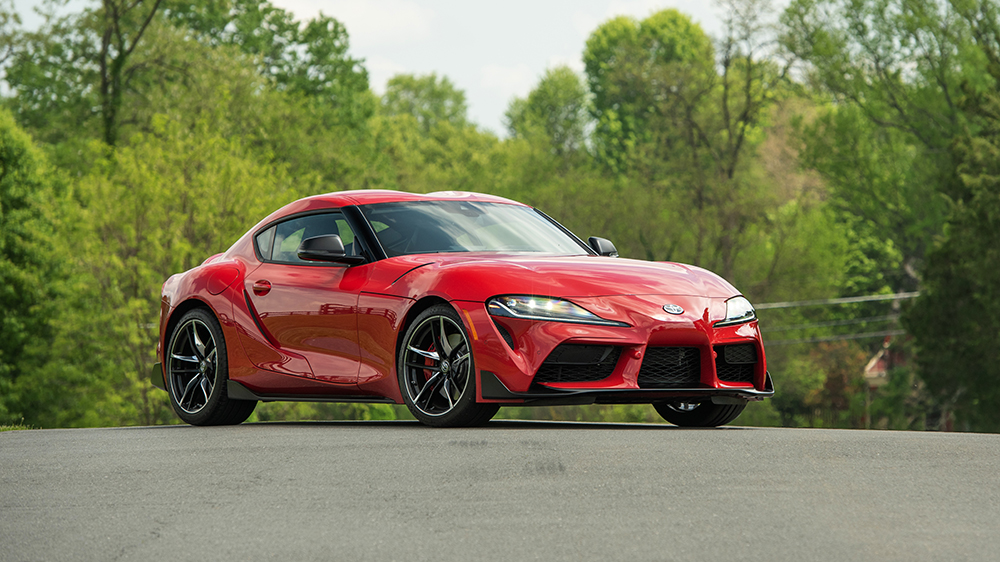 Before you chalk the GR Supra’s impeccable track manners up to the BMW components, realize that BMW merely handed over the pieces then stepped back. Supra chief engineer Tetsuya Tada shared a story over dinner about how it was up to Toyota to make everything harmonious; that Toyota and BMW never even compared notes during the five years of development. Tada doesn’t think you should compare his progeny to the Z4; he’d prefer you benchmark it against what he did: the Porsche 718 Cayman. And the sum of Tada’s efforts do represent a serious shot across the Cayman’s bow.

Tada acknowledges that enthusiasts will want to impart their own final flourishes to make the Supra more powerful and so has left room for further tinkering. The engine can handle plenty more boost, so power upgrades will abound. Some of the aero vents in the front are removable plastic inserts, to further help cool the brakes and engine if so desired. I’m sure it won’t be long after the first 1500 Launch Editions are delivered that we’ll see a new Supra with 500 horses under the hood. 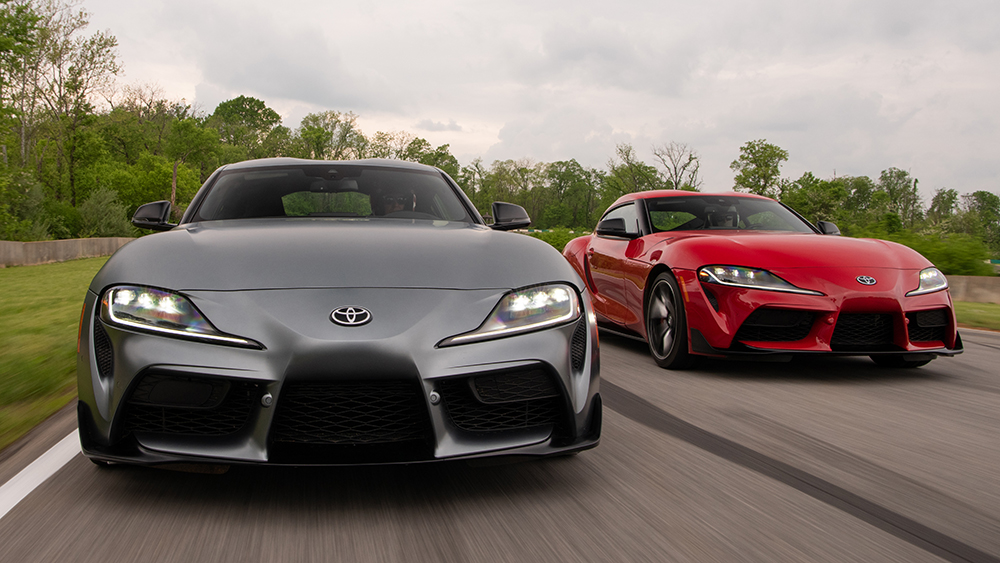 There are minor quibbles, like wishing the steering wheel diameter was smaller, and that it telescoped towards the driver more. Overall, however, you’re left with a German car with a Japanese soul, and that’s a wonderful thing to experience. But the question then becomes how many will? Press Toyota on anticipated sales volume, and you’re issued the party line: “We’re focusing on the first 1500 cars.” Those Launch Editions, demarcated from the 3.0 Premium editions by red mirror caps, a red leather interior, and black wheels, will go quickly, especially given the low price of $55,250 US or $80,000 AUD directly converted. (The base 3.0 Supra will sell for $49,990 US, while the 3.0 Premium edition will fetch $53,990 US with no indication from Toyota Australia regarding local pricing.)

Given the market for low-mileage Mark IVs, it wouldn’t be surprising if a number of the Launch Editions were bought and garaged, much like the first new Supra, which went for $2.1 million (around $3 million AUD) at a Barrett-Jackson auction back in January. Toyota claims to have amassed more than 40,000 “hand-raisers” after launching an informational campaign about the Supra, but everyone would be surprised if more than 10,000 units sold. Does that mean we’ll see some barely-driven examples crossing auction blocks in twenty years? Probably. But while some wait for their investment to appreciate, others will be out, pushing their Supras to the maximum, fully appreciating the car in the moment.

The creative head on design narratives beyond automotive, the epitome of luxury and why DBX is not a dirty word.

Is this the most beautiful Ferrari never built?

Just sit back, soak up the sun and feel the breeze. Life in an LC 500 Convertible is certainly good.

Watch The Teaser For The New All Electric Hummer

A new video featuring LeBron James offers the best peek of the vehicle yet.

The artwork will get a digital reveal at the end of winter.