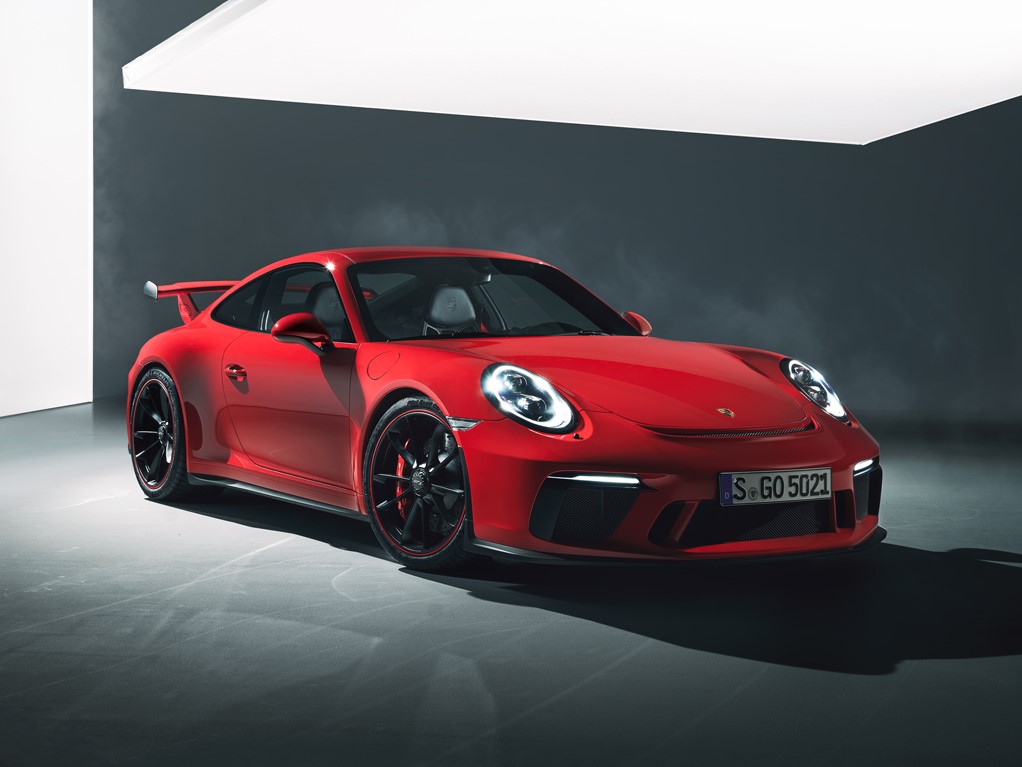 Even the most successful models can benefit from the occasional makeover in order to maintain an edge on the competition.

The 2018 Porsche 911 GT3 proves that even the most successful models can benefit from the occasional makeover in order to maintain an edge on the competition.

Revisions on next year's road-ready racer, however, are more than skin deep as they include a new engine and a redesigned chassis. Also part of the package are plenty of options to enhance one's driving experience in the eye-catching coupe. The primary update under the hood is a naturally aspirated 4-litre flat-six engine like the one found in the 911's motorsport variants, the RSR and GT3 R. The car's pumped-up heart harnesses 372kW and is managed by the marque's 7-speed dual-clutch transmission (which comes standard).

The power train lets the two-door tear from zero to 100km/h in 3.2 seconds and top out at 317km/h. A 6-speed manual alternative adds 0.6 second to the aforementioned rate of acceleration, raises the maximum speed to 318km/h, and shaves the vehicle's overall weight to 1413 kilograms — a 17-kilogram reduction.

And to help the car cut through the air, exterior design details include an aerodynamically fashioned spoiler and fascia at the front, and a carbon-fibre wing, exhaust air vents, and a new diffuser at the back.

Whether tackling a track's turns or weaving through traffic, the GT3 is an automotive gymnast — nimble and beautifully balanced. This is due, in great part, to its rear-axle steering which simulates a variable wheelbase. At high speed, the back wheels follow the direction of the front ones for better responsiveness and greater stability. Going slow, drivers will discover that less is more when it comes to speed and handling, respectively, as the rear wheels turn counter to those at the front, seemingly shortening the wheelbase and tightening the turning radius. The onboard electronics suite includes the Porsche Communication Management system (with navigation and Apple Car Play) for connectivity, and the Porsche Track Precision App (which records drive data) for pilots who want to improve their performance.

With the latest GT3, Porsche continues to progress the model it introduced in 1999 — one that quickly conquered such renowned races as the 24 Hours Nürburgring and the 24 Hours of Daytona. (porsche.com)