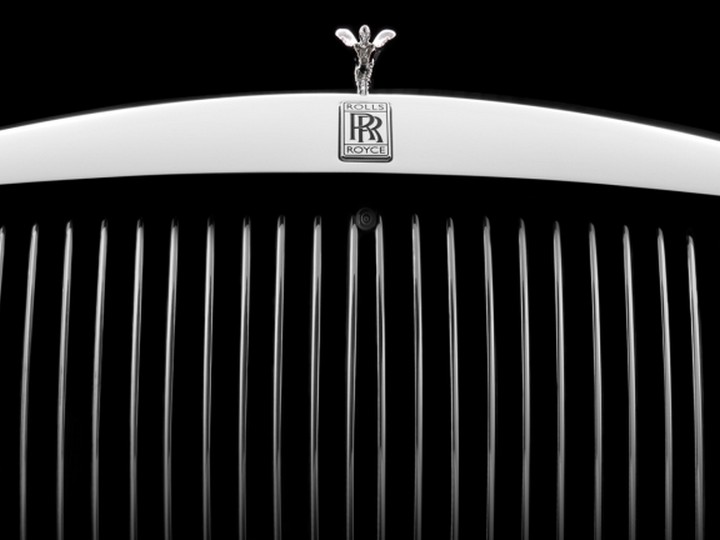 Ten of the most important Rolls-Royces ever made

The acclaimed automaker has built cars at the cutting edge of each era: vehicles that epitomise elegance in engineering, design, and detailing.

On May 4, 1904, 26-year-old car dealer Charles Rolls and 42-year-old engineer Henry Royce were introduced to one another at the Midland Hotel in Manchester, England. The fortuitous tête-à-tête led to the first Rolls-Royce 7 kW, which premiered 7 months later in Paris.

During the subsequent 113 years, the acclaimed automaker has built cars at the cutting edge of each era: vehicles that epitomise elegance in engineering, design, and detailing. This past July, the company debuted the eighth edition of its flagship Phantom, a model that dates back to 1925 and has been owned by both heads of state and glitterati around the globe.

To commemorate the latest release, Robb Report asked Rolls Royce’s head of design, Giles Taylor, what he thought were the 10 most important Rolls-Royce cars ever constructed. Here is what made his list, in order of relevance, along with a few insights from Robert Austin, the executive director of the Rolls-Royce Owners’ Club. The first Ghost chassis, the 1913 “Sluggard” was nicknamed in sarcasm. Far from sluggish, it was equipped with a 7.4-litre 6-cylinder engine that allowed it to reach a top speed of 162 km/h — rather remarkable for the period.

An experimental example, it gave rise to the Ghost’s reputation for power and performance. “Rolls-Royce Ghosts of that ilk were set up with what the marque referred to as ‘London-to-Edinburgh’ specification,’” says Austin. “About 35 of them were eventually built as competition roadsters. And no two of those cars had the same body.”

Although the example that Taylor touts had worn numerous bodies in its time, its underlying pioneering design places it at the top of his list. “The “Sluggard” Ghost says much about the disciplined, technical mind-set of Sir Henry Royce,” says Taylor. “It was one of his early masterpieces that went on to define the brand.” Before Rolls-Royce began creating the coachworks for its rolling chassis, it was still able to develop a distinct visual language by defining specific design cues. These included the establishment of the elongated hood and a vehicle height that was to be no greater than that of two stacked tires. And it was the experimental 1925 Phantom I Barker 10EX that helped set what would become some of the marque’s most enduring standards.

“The 10EX is truly sleek; it telegraphs motion,” says Austin. “It is what Sir Henry Royce used to test out new componentry and new spring and suspension arrangements in order to create a sportier and more dynamic car.”

According to Taylor, the car not only foreshadows the marque’s future success but also captures the temper of the time. “Elegant proportions and rakish simplicity are evident in this early Royce experimental chassis that features the work of coachbuilder Barker of London,” he explains. “And the daring cream-and-blue color combination says much about the free spirit of the 1920s.” When the demand rose for cars that were more viable and reliable at covering substantial distances, Rolls-Royce answered with the Continental. “Whether open-top or closed, Continentals were good at getting down the road,” says Austin. “Today we would call them GT cars. They were meant for travel from country to country as opposed to many of the Rolls-Royce models that were intended to be limousines for around town.”

Part of a line that was produced from 1929 through 1936, the particular 1935 Phantom II Continental pictured here is a convertible dressed by Freestone and Web — a London-based coachbuilder who crafted it to be both extremely eye-catching and comfortable.

“Its aesthetic edge and 1930s glamour mark out this two-door as a design icon,” says Taylor. “One senses that the owners would have been the stars of their day.” The Phantom III—produced from 1936 to 1939 — was the marque’s first car to carry a V-12. The engine was a smaller precursor to the Rolls-Royce Merlin, which served as the heart of Britain’s air force during WWII, including the power behind the Spitfire fighter.

The moniker “Sedanca de Ville” referenced a body style that presented a dual personality. “The roof over the chauffeur was soft and could be removed or retracted, while the back of the body generally had a solid roof,” explains Austin. “And to show you how times change, the driver’s seat in a Sedanca was leather for durability, but the passenger compartment almost always featured cloth fabric because it was considered more plush, luxurious, and cooler. Now when buying a fancy car, the first thing you want is leather.”

The specific Phantom III that Taylor ranks in his top 10 had its body constructed by Thrupp & Mayberly, the same coachbuilder commissioned by Queen Victoria. “Clean, flowing forms suggest that the most important people are comfortably seated in the rear,” says Taylor. “It’s the quintessential expression of chauffeur-driven elegance.” Designed by John Polwhele Blatchley and in production from 1955 to 1959, the Silver Cloud I comprised a steel chassis, a 115-kW 6-cylinder engine, and a 4-speed automatic transmission. But what made it a true model of merit was its finely tuned façade. During a decade that delivered automobiles with more futuristic features — at least in the United States — the Silver Cloud bore an antithetical aesthetic.

“In 1955, cars in America were beginning to have tail fins and becoming longer, lower, and wider,” says Austin. “In that world of forward-looking vehicles, Rolls-Royce comes out with one that looks like a prewar car. It wasn’t unattractive or dated, however, but regal—it stopped you in your tracks.”

While a number of automobiles from that era now look rather absurd, the Silver Cloud I remains a visual calling card of success. “It has a superb sense of unrivaled status combined with charm and charisma,” says Taylor. “The poise and presence of the Cloud is simply inspirational.” By the mid-1960s, the social climate was beginning to change, and overt exhibitions of material prosperity were no longer in vogue — and that included vehicles. Case in point, music legend John Lennon made a statement by having his 1965 Phantom V painted in a fanciful kaleidoscope of colors that paid homage to the Romani, a European nomadic culture. In recognition of the decreasing market for over-the-top transportation, Rolls-Royce released the Silver Shadow.

“For the first time in the history of Rolls-Royce, most of its customers didn’t want a driver,” explains Austin, executive director of the Rolls-Royce Owners’ Club. “The challenge was to come out with a car that had status but was smaller — by Rolls-Royce standards — since it would be owner-driven. By 1972, the marque wanted to make the model more fun and exciting. That was the inspiration for the Corniche Convertible.”

The Silver Shadow Corniche Convertible struck a beautiful balance as it was simultaneously posh, practical, and a pleasure to drive. “It’s a car for those who enjoy the high life without ever reaching overstatement,” says Taylor. “The sublimely controlled rear haunch line inspired the Dawn and gives a subtle sense of virility.” From 1965 through 1980, the Silver Shadow was Rolls-Royce’s model of innovation. Designed by John Polwhele Blatchley, the car was the marque’s first to include unibody construction, disc brakes, and hydraulic self-leveling suspension — among other notable features.

The Silver Shadow came in both two-door and four-door versions and has a power train that includes a V-8 engine paired with, most commonly, a 3-speed automatic transmission. Regardless of the car’s configuration, however, each example exudes unmistakably stately styling.

“If form could ever express impeccable manners with the ability to ‘stay calm and carry on,’ then the Shadow comes closest,” says Rolls-Royce’s head designer Taylor. “The large C-pillar, angle of the rear screen, and the gentle fall of the rear boot lid all contribute.” With the longest-running model name since cars were created, the Rolls-Royce Phantom has been the refined ride of royalty, rock stars, and rarefied society in general. Debuted in 1925, the model is now in only its eighth generation. The latter, the logically delineated Phantom VIII, made its world premiere in London on July 27 of this year.

Simultaneously dubbed by the marque as “the most technically advanced Rolls-Royce ever” and “the most silent motor car in the world,” the phenomenal four-door is, quite simply, the epitome of elegance in aesthetics, amenities, and the occupants’ overall drive experience.

Within the oversized sedan sits a 419 kW, 6.75-litre twin-turbo V12 with 900 Nm. Regulating the engine is an 8-speed gearbox that works in tandem with the car’s Satellite Aided Transmission. The overall combination permits the Phantom to fly from zero to 96.5 km/h in 5.3 seconds on its way to 249 km/h.

Complementing the power train is a new aluminum space frame that bolsters the car’s rigidity by 30 percent compared to past versions. And its updated self-leveling air suspension ensures that the Rolls-Royce’s renowned sensation of wafting over the road is even more remarkable.

Inside the cabin, numerous details vie for the eye’s attention, but the most visually innovative addition is the gallery — a glass-enclosed presentation of commissioned art that runs the length of the dash.

But as with the Phantoms before it, the VIII is meant to be truly enjoyed from the backseat, where rear picnic tables, theatre monitors, a Champagne chiller (stocked with crystal stemware), and plush lambs-wool rugs provide further pampering. A drophead coupe that’s drop-dead gorgeous, the Rolls-Royce Dawn broke onto the scene in 2015. A two-door with four-person capacity, the automotive luminary was designed by Taylor and comprises a predominantly newer body panel presentation than the marque’s other contemporary models.

The Dawn arose to attract a decidedly younger demographic and to be a model that more women would want. The roomy roadster, however, has found mass appeal among the marque’s devotees, and its popularity shows no signs of setting. Not just a courtly coupe, the Rolls-Royce Wraith is the marque’s most powerful model to date. Introduced in 2013, the tony two-door may share the name of its 1938 predecessor, but little else.

The resplendent four-seater’s cabin features the same Starlight Headliner as the Phantom VIII (just with fewer lights) as well as top-end technology such as its Satellite Aided Transmission, Head Up Display, and 360-degree camera view. And, of course, lambs-wool rugs lie lavishly underfoot.