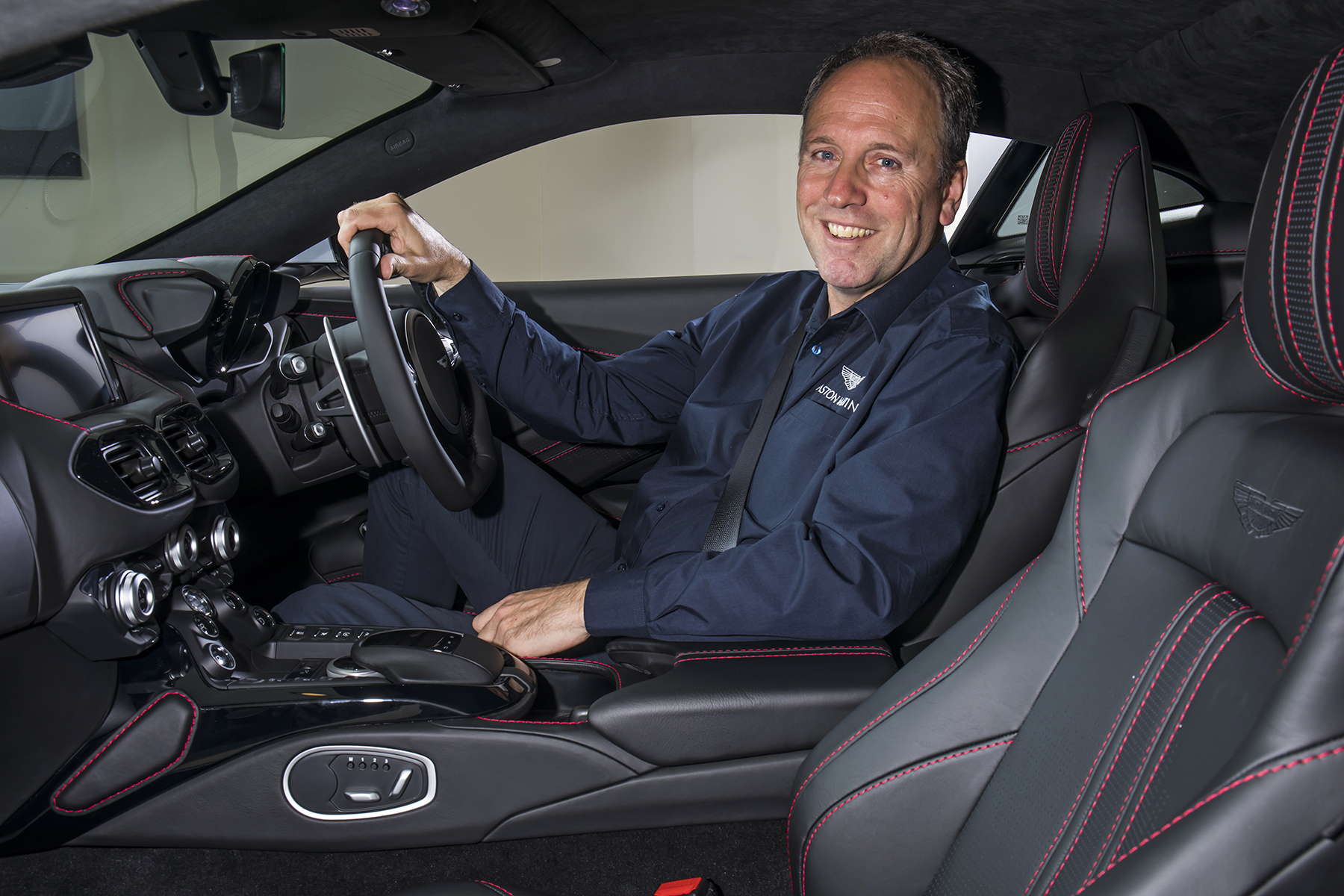 And he gets paid for it.

Stephen Tomkins might have one of the best jobs in the world as a Performance Driving Consultant for Aston Martin. The former racing driver began his work for the luxury marque in 1999 working on the DB7 at Goodwood. Today he travels around the globe, taking clients on joyrides, performance coaching them on track days and talking them through the key points of the car. Aside from ushering customers around – Steve also gets to race Astons in international exhibition races such as the now-racing Gumball 3000 from Mykonos to Ibiza– which he will be racing in the only street legal Aston Martin Vulcan. Robb Report got to speak to him while he was in Australia before being taken for a spin in the new Aston Martin Vantage. 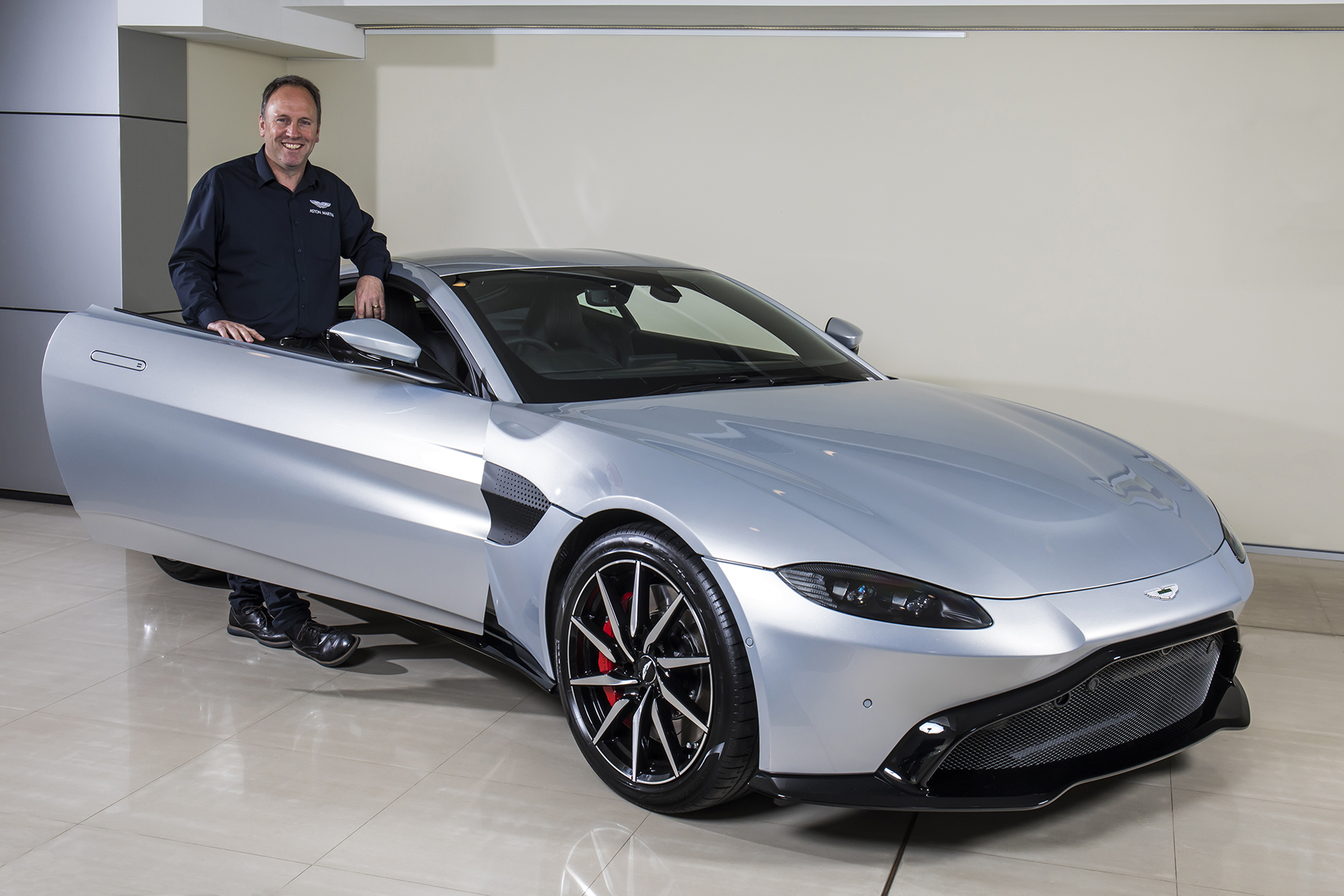 RR: So, Steve, Performance Driving Consultant for Aston Martin, how does one get that job and where can I apply?

ST: Well I’m not telling anyone, and don’t tell my boss because obviously I really enjoy my work and they pay me to do it. Our team background, we’ve all raced, so dare I say we are all failed formula 1 drivers or NASCAR drivers, but we are able to look after a car, at speed and be polite to the customer, I started at Aston Martin 20 years ago, 1999, I went down there for a few days, they were happy, they got me to do a few more days and it went from there.

RR: Do you get to drive the cars in the development phase?

ST: No, not in the development phase, that’s for the engineers, but being an engineer is the dullest job, we get the nice end of the stick, getting out to play with customers and get to have some good fun. The feedback we give [back to Aston Martin] is about what the customers are saying.

RR: Speaking of Customers why do they buy an Aston Martin over other supercars?

ST: Beauty, the sound, I’ve done many events where I’ve been sat waiting to do a run, and people are passing the Bentley and the most aggressive Lamborghini and the latest and greatest [Porsche] 911. When they pass Aston Martin’s you read peoples lips and they just say, ‘That’s Beautiful.’ I think it’s the looks, it’s graceful, understated.

I think the wives have a part in it as well, I think when it comes to buying a car, and you going to buy a Lamborghini and you come home with the brochure, her opinion might be if you’re spending that much money lets go buy something truly beautiful

I see the appeal in Lamborghini or a Mclaren often the wives, say if we are spending that much money let’s get something really nice.

RR: Given you’ve driven almost all Astons, The Vulcan, what’s it like to drive something on the edges of engineering?

ST: Amazing, so good, I look forward to driving it every time, the beauty of it is that it was engineered so that neutral wasn’t going to bite the buyers, It’s just amazing the sound, the way the gearbox behaves, if ever you’ve been in a race car they are raw, everything is stripped back, the Vulcan is stripped back but it still has so much style to it.

It is the most aggressive, but it’s still an Aston, it’s a luxury race-car. It’s amazing it’s such a privilege to drive, someone told me that more people have flown on the shuttle [to space] than have been in the Vulcan, and I’ve raced it three times. I don’t take it for granted.

RR: On beauty, what do customers say about the design of the cars?

ST: Are you aware of Andy Palmer’s second century plan, well in the early teens, that we’ve been a little bit guilty of all the cars being a little bit too similar, And Andy Palmer has said that he wants his mother to be able to see an Aston Martin drive by and say oh that’s a DBS. Obviously, when you drive them, they have their distinguishes.

RR: Do you know much about the upcoming DBX?

ST: I know bits but no I can’t say, we are saying what’s out there and we’ll be making more noise soon, It’s stunning by the way.

RR: Does Aston Martin have a particular type of cultural capital with its Britishness?

ST: If you drive them on the road, and drive it back to back with one of our German competitors you’ll notice how courteous people are to you at this junction near where I live you have to present the nose of the car to the oncoming traffic as its blind, I tried it once in a Porsche and people were hurling abuse at me, in an Aston Martin, it’s a completely different thing, people tend to respect you.

A lot of good will goes with those wings, with the brand. We don’t want to sell the car to the wrong kind of person.

RR: And out of the current rage which is your favourite car?

ST: Well it depends on the day of the week, but I’d say DBS, but wouldn’t everyone. I’d say my character car is the Vantage, but the DBS, the looks, it sounds great, I think that’s the one for me.