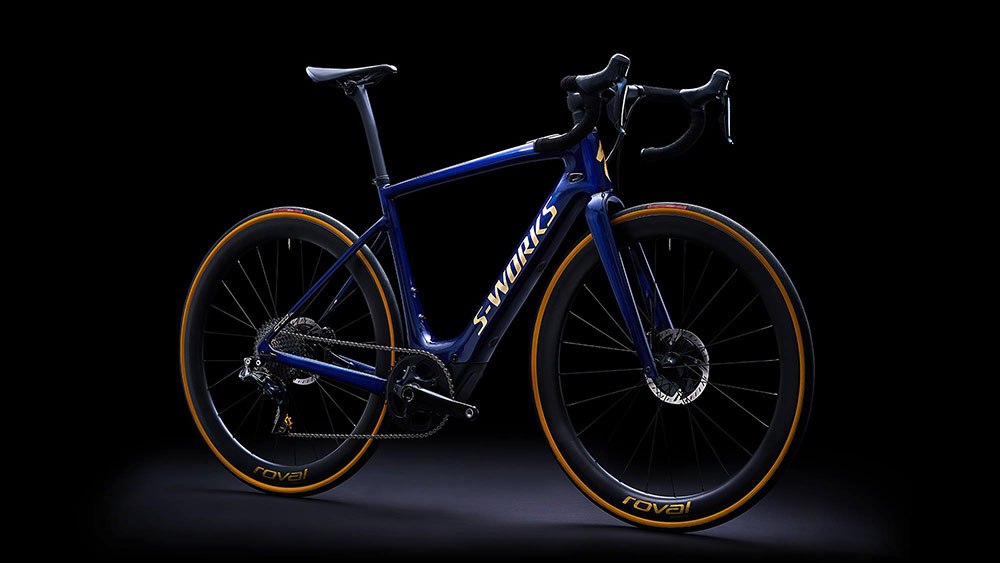 The motor and battery are hidden away from sight within its carbon-fibre frame.

No innovation has propelled the EV industry quite like the evolution of batteries. These days, the once-bulky power sources have become so lightweight they seamlessly integrate into vehicle design. Now, one company wants to bring that innovation to your next 11-speed.

California e-bike manufacturer Specialized has unveiled the S-Works Turbo Creo SL-Founder’s Edition, a sleek new electric bike whose most important design element is invisible: The motor and battery that are hidden away within its carbon-fibre frame, where only the most keen-eyed observers will spot it.

But just because the Founder’s Edition’s electric motor doesn’t cause an unsightly bulge doesn’t mean it doesn’t pack a lot of punch. Specialized’s SL 1.1 motor—and its accompanying 380-Wh battery, which is stored in the frame’s downtube—doubles riders’ effort with 240 watts of “silent and powerful assistance.” Outputting energy in response to riders’ own torque curve, the bike is capable of hitting a top speed of 45km/h and has a range of 128 kilometres, though included 64 kilometres to that apiece (h/t Design Boom). Despite all this power, the motor-battery combo is lightweight too, allowing the bike to weigh in at a svelte 12-kilograms. 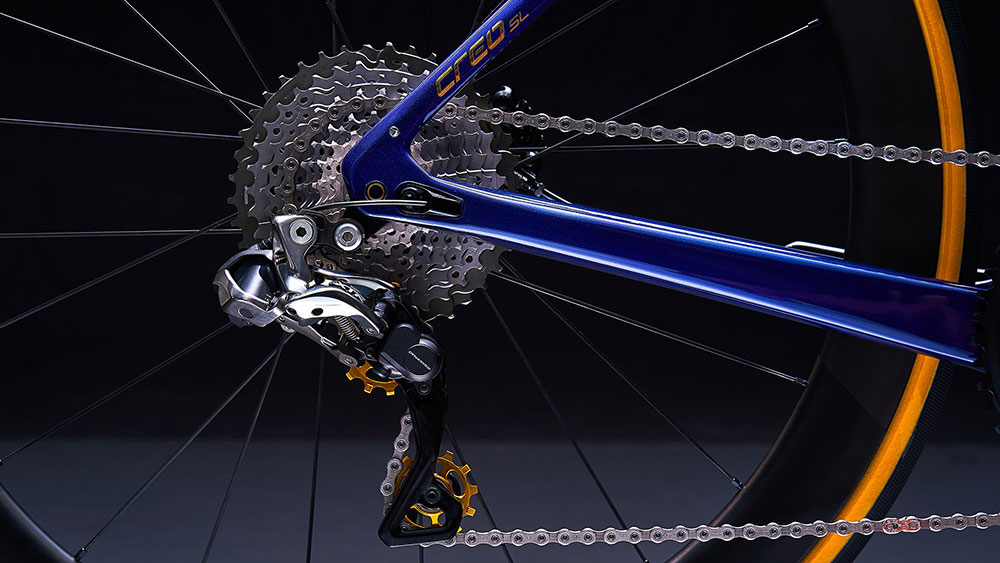 And there’s more to the Founder’s Edition’s tech than just an impressive motor. As you might expect in the age of smart everything, the bike features a built-in power meter that will transmit data to any ANT+ head unit and works with Specialized’s Mission Control smartphone app, which allows riders to choose their riding style (eco, sport and turbo assist), record rides and monitor battery life. It also comes with front and rear Shimano Dura-Ace R9170 hydraulic disc brakes, an 11-speed Shimano Dura-Ace groupset and a custom Roval CLX 50 wheelset outfitted in 28mm Turbo Cotton tires. Its fork also features a Future Shock 2.0 adjustable damper with Smooth Boot, which offers 20mm of vertical movement to make even the roughest ride feel smooth.