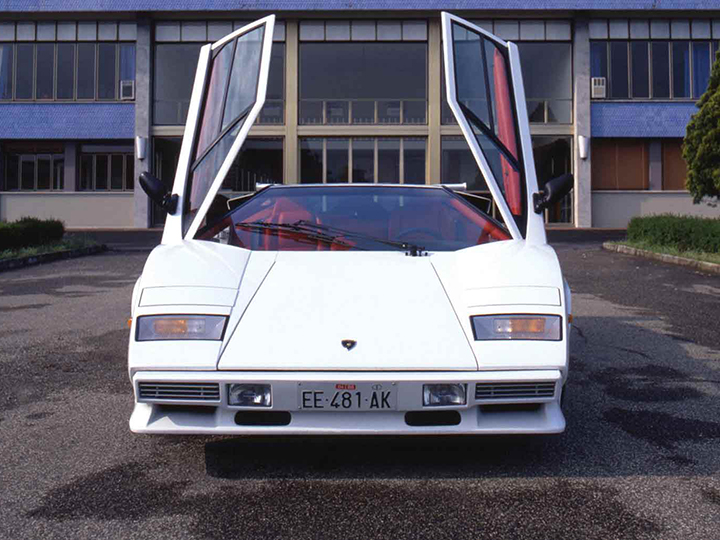 Seven magnificent supercars from the past decades

The more things change, the more they stay the same, goes the old saying, and that’s particularly true for supercars.

The more things change, the more they stay the same, goes the old saying, and that’s particularly true for supercars.

While there have been great advances in chassis, engine and aerodynamics technology, the mission of the supercar has remained the same – to be bolder and faster than anything else around it.

Aside from serving as a halo model, the best that a carmaker’s design and engineering departments have to offer, the supercar also acts as a street-legal test bed for new technology. Now-commonplace elements such as direct fuel injection, active aerodynamics/suspension and even the mid-engine layout made their debut on supercars, but these technologies were first seen on the racetrack. The role of the supercar, then, is to be the bridge between racing and reality, to be the ultimate race car for the road or the ultimate road car for the circuit.

The Mercedes-Benz 300SL was launched in 1954. A road going version of the carmaker’s W194 race car, the Gullwing, as it’s more popularly known, was ahead of its time. Beneath its bonnet lurked a direct-injection three-litre inline-six engine lifted almost wholesale from the W194. It produced 158kW and, in conjunction with the car’s race car-derived aerodynamic profile, was capable of propelling the Gullwing to a top speed of around 250km/h, which were unheard-of performance figures in its day.

Also unheard-of was its price tag: 29,000 marks ($A22,120). More than its performance and rarity (just 1400 units were produced), the Gullwing was achingly gorgeous. Even 60 years after its debut, the Gullwing is a timeless beauty.

Legend has it that Enzo Ferrari started building road cars as a necessary evil. He loved racing, but it cost a lot of money, hence the road car business.

One of those necessary evils was the Ferrari 250 GTO, the first Ferrari to bear the hallowed three letters that would grace other legendary models such as the 288 GTO and 599 GTO. The acronym stands for Gran Turismo Omologato, or Grand Touring Homologated. This meant the only reason it exists is because Ferrari needed to make a small number of road-going models so it could compete in a race series.

The 250 GTO came equipped with a 220kW three-litre V12 mated to a five-speed gearbox. In the interest of minimising weight (it was a thinly disguised race car, after all), carpeting was omitted and the gear shifter had exposed metal gates. The latter element would go on to become a defining feature in all production Ferraris. Many would point to the Lamborghini Miura as the forefather of the modern supercar thanks to its mid-engined layout. The Countach bridges the gap between supercars of yesterday and today.

Designed by Marcello Gandini, the Countach’s profile was wedge-shaped, in keeping with the supercar design paradigm of the era. While that has clearly become dated, the Countach popularised features that can be seen today. As with all modern mid-engined supercars, the Countach’s big V12 engine was mounted longitudinally, so the passenger cell had to be pushed forward, leading to its cab-forward, ready-to-pounce stance.

The dramatic ducts on its doors and above its rear fenders provided adequate cooling for the engine. And thanks to its prodigious width (swelling to 2000mm in its later models) scissor doors were a necessity because conventional outward-swinging doors would be impossible to use in smaller spaces.

The Countach lives up to its name, which is an expression of shock or surprise in the Piedmontese dialect.

The Porsche 959 was the most advanced road car of its day. It was so advanced that many of its features wouldn’t be unseemly in a supercar of today.

Bear in mind this was a car that made its debut in 1985, at that year’s Frankfurt Motor Show. The 959 completed the century sprint in 3.7 seconds and would go on to a top speed over 300km/h.

Its bodyshell was comprised entirely of composites, which was inconceivably high-tech for its time, considering the first composite Formula One car, the McLaren MP4/1, made its racing debut just a few years prior.

Its 2.8-litre motor featured sequential twin-turbocharging (for increased smoothness across the rev range) and its chassis boasted adaptive all-wheel drive and suspension, the latter allowing the 959 to automatically lower its ride height at high speeds for better road holding, along with magnesium-alloy wheels.

Lessons learned on the 959 (a “technology platform”, according to Porsche) would go on to inform future Porsche products, and its influence can be seen today. All the advanced systems seen on the 911 Turbo S can trace their lineage directly back to the 959.

The first production car (for a given value of “production”, since only 64 roadgoing models were made) to have a carbon fibre monocoque and employing the sort of less-is-more aerodynamics so popular today, the McLaren F1 is a remarkably simple car, but meticulously engineered to be so.

Yes, it doesn’t have electronic driver aids, a fancy all-wheel-drive system, adaptive suspension or power steering, but the F1’s attention to detail borders on the obsessive. The engine bay is lined in gold to provide better heat insulation, its central driving position provided the driver with the best possible vantage point and the seat upholstery was made thinner to save weight.

The perfect road going supercar, as some critics called it, was equally at home on the track. Racing versions, dubbed F1 GTR, won on its debut at Le Mans in 1995, sweeping four of the top five spots.

If there was a word that would best sum up the Pagani Zonda and numerous insane variants it spawned over its lifespan from 1999 to 2011, it would be ‘pornographic’.

Even in its original form, dubbed the C12, with a paltry 330kW from its six-litre Mercedes-sourced V12, Zonda changed the supercar game in the 2000s.

Its wild exterior was rendered in carbon fibre, with clamshell openings for its bonnet and rear deck; its interior a retro-futuristic steampunk symphony played out in leather, carbon fibre and aluminium.

While that was certainly mad at the turn of the millennium, it soon became clear that Pagani was only just getting started, given the increasingly lunacy and rarity of Zonda variants coming out of its factory in Modena.

Carbon fibre gave way to carbon-titanium (carbon fibre with interwoven titanium filaments) and the original six-litre Mercedes V12 was replaced by Mercedes-AMG’s mighty M120-series V12, displacing up to 7.3-litres as seen in Zonda Cinque, and in the Zonda Revolucion’s case, developing up to 800bhp.

For the cynical, it could be argued that the Bugatti Chiron is merely an evolution of the Veyron. Then again, even an evolution of a car with 725kW and a top speed of around 400km/h is nothing to be sneezed at.

The Chiron’s eight-litre engine is related to the Veyron’s, but it now produces 1,087kW and it’ll complete the double-century sprint in a scant 6.5 seconds. Its top speed, however, is just 420km/h, which is 11km/h less than the record set by one of the Chiron’s predecessors, the Veyron Super Sport. It should also be mentioned that the Chiron’s top speed is electronically limited for safety reasons, and not because it can’t go faster.

In addition to the above, Bugatti developed a carbon fibre housing for its airbag and its tyres were tested on rigs used in the aerospace industry. And despite all its achievements, which will likely be impressive several decades on, the same cynic might still ask what the point of the Chiron is.

To be honest, they have a point. There really is no need for a car with 10 times the power of an average saloon and one that can travel at an appreciable fraction of the speed of sound. Then again, there really was no need to climb Everest or walk on the surface of the moon.