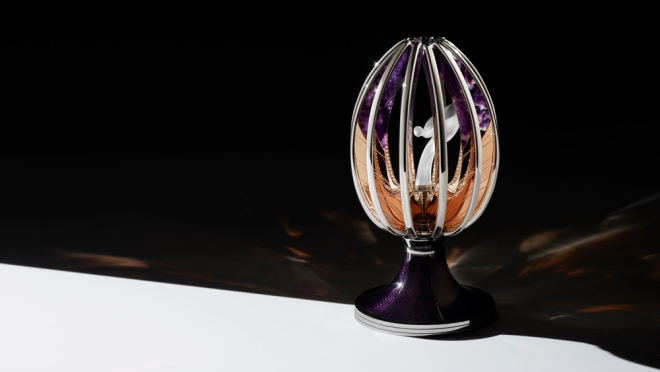 Rolls-Royce immortalised in a Fabergé egg

The world’s most iconic automotive brand has crafted a priceless homage to its legacy.

Since being formally relaunched under the aegis of BMW in 2003, Rolls-Royce Motor Cars has produced some 4000 vehicles a year, which include the Ghost, the Wraith, the Dawn, the Phantom, and the Cullinan. And now the marque has something truly unique to unveil—not a car, but a work of art that pays homage to the brand’s beauty with a one-of-a-kind work of art.

The artefact? An imperially inspired “Spirit of Ecstasy” Fabergé egg.

As for what prompted the egg’s production, Torsten Müller-Ötvös, CEO of Rolls-Royce Motor Cars, had this to say: “The Spirit of Ecstasy’ Fabergé Egg was born from an intrinsic desire to further the realm of bespoke personalisation for one discerning patron.” With just 50 pre-1917 Imperial Fabergé Eggs in existence, these exceptionally precious creations have become some of the most valuable and coveted objects ever to have been made. “What better way is there,” he asks, “to celebrate the heritage of both our brands than to create a unique piece?” 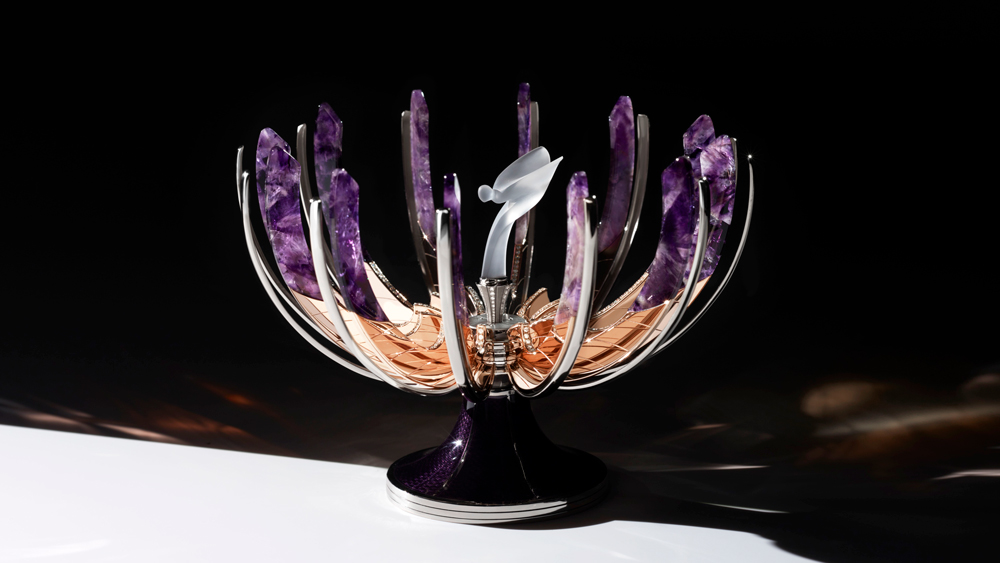 The concept for the egg was conceived by Rolls-Royce designers Stefan Monro and Alex Innes, was engineered by Fabergé’s lead designer Liisa Talgren, and, in the words of the company, was “brought to life” by Fabergé’s work-master Paul Jones. Crafted over the course of two years by Jones and a team of seven dedicated artisan jewelers, goldsmiths, and gem-setters, the one-of-a-kind gilded cage—an exercise in opulence that reflects the level of artisan detail that goes into each Rolls-Royce automobile—stands just 16 centimetres high and weighs some 400 grams. The egg’s rose gold arms, which are lined with 10 carats of diamonds and more than 390 carats of amethyst, open like a flower by means of a discrete, intricate mechanical device that’s so small and complex it had to created using computer-aided design systems. When activated, it reveals a tiny sculpture of the marque’s mascot, the Spirit of Ecstasy, executed in frosted rock crystal. The whole of the affair is mounted on an 18-karat white gold, purple enameled guilloché base.

The egg was unveiled on October 23 at the House of Rolls-Royce in Goodwood, West Sussex, England—where the marque is headquartered—after which it is to be on public display in the window of Fabergé’s London outpost during Christmas.